Before coming down with COVID-19, Marjorie Roberts was known by friends and family as someone who always smiled.

On the morning of March 26, 2020, she was walking to her mailbox when she suddenly lost her balance and stumbled. At the moment, she didn’t think much of it, but later that day, she describes feeling as though “someone had [taken] a vacuum cleaner and sucked the life out of [her].” At 61 years old, she had never felt more sick in her life—she couldn’t eat or sleep, suffered severe diarrhea and nightmares, and struggled to breathe. From that point on, she says, her life has not been the same. 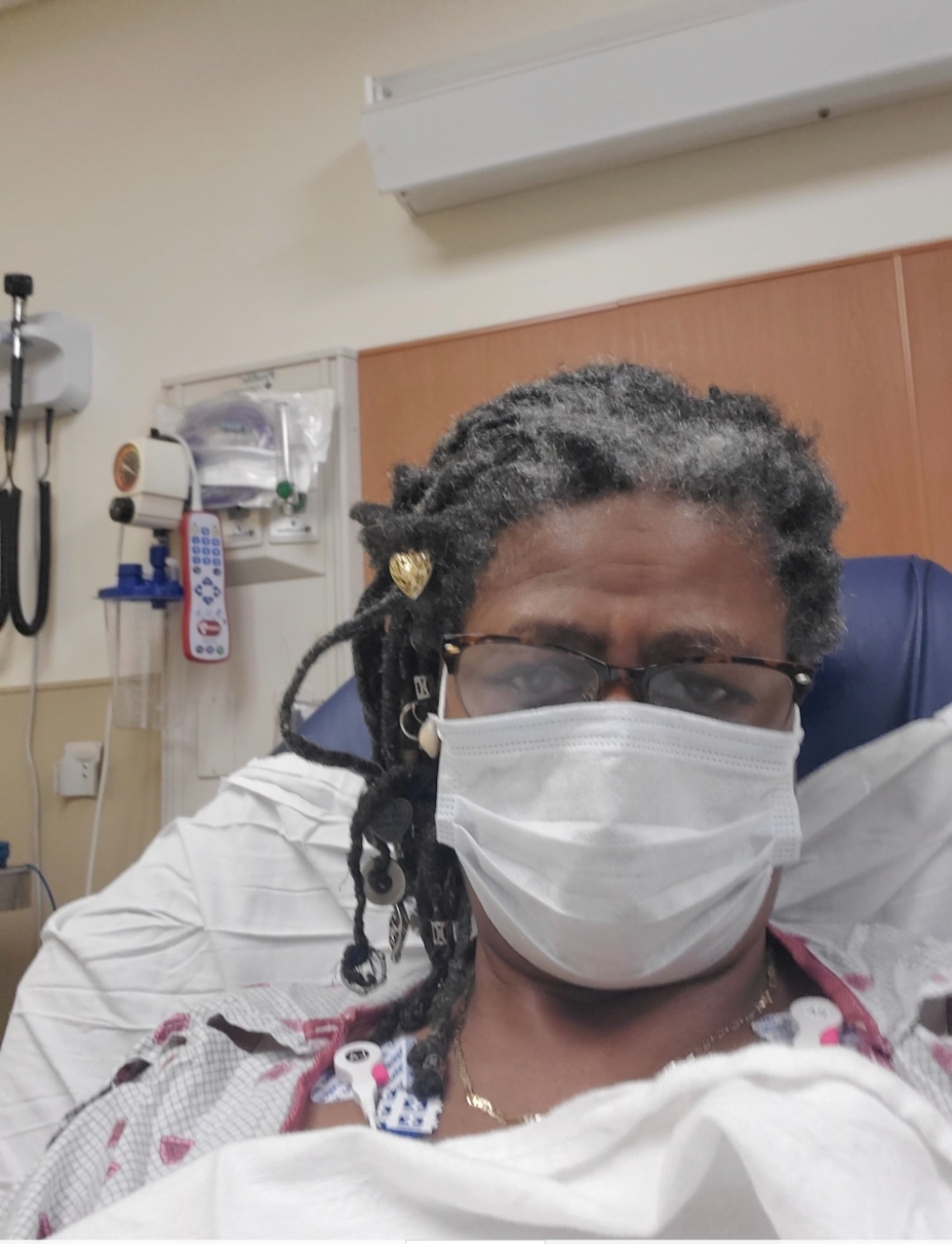 Now, in 2022, her situation is only grimmer. She has developed spots on her liver, sarcoidosis in her lungs, and swollen lymph nodes. She also developed dry mouth so intense that “it felt like someone was stuffing cotton in my mouth,” as well as horrible bad breath. By the time she got to the dentist, seven teeth needed to come out. “I always was the person who smiled, but now when I smile, the whole bottom of my mouth is gone,” she says. “Even if I wanted to take my mask off, I won’t take it off, because COVID took my smile.”

Pamela Bishop was a healthy, active, career-oriented professor at the University of Tennessee who had just launched her own research center before coming down with COVID-19 in December 2020. For the next three weeks, she says, she “thought [she] was going to die every day.” She suffered hallucinations, severe insomnia, and debilitating pain.

Bishop eventually recovered and returned to work in January 2021, but soon, she began having episodes of fatigue, brain fog, and nausea that forced her to lie down between meetings. The episodes increased in frequency until she realized she was horizontal more than she was up. “I was sitting down to dinner with my husband [in March 2021] when I told him I didn’t think I was getting better. I was damaged—something was wrong with me,” she says. “This started the quest for figuring out what to do next.”

Frank Ziegler used to go on long walks several times per week before January 14, 2021, when he thought he had developed a sinus infection. With a long history of these, he recognized the familiar pressure, stuffed ears, and drainage. But when he lost his sense of smell and received a positive result on his COVID-19 PCR test, he realized this wasn’t a typical infection. Two months later, he began noticing hand tremors, cognitive issues, shortness of breath, and weight loss. “Pre-COVID, I was very active and in good shape,” he says. “Now, just walking up the stairs puts me out of breath.”

Millions of those who have recovered from COVID-19 are now experiencing a long string of often debilitating symptoms that persist weeks, months, or even two years or more following the original infection. As these long-haulers, most of whom are women, seek answers for their devastating and mysterious condition, many are also facing dismissal by their health care providers. Yale researchers Akiko Iwasaki, PhD, Sterling Professor of Immunobiology and Molecular, Cellular, Developmental Biology, professor of epidemiology (microbial diseases) and of dermatology, and investigator at the Howard Hughes Medical Institute (HHMI); and Harlan Krumholz, MD, Harold H. Hines, Jr. Professor of Medicine (Cardiology) and professor in the Institute for Social and Policy Studies, of investigative medicine, and of public health (health policy), are striving to solve the mysteries of long COVID, and to provide a compassionate voice for those feeling isolated and ignored by the medical community. 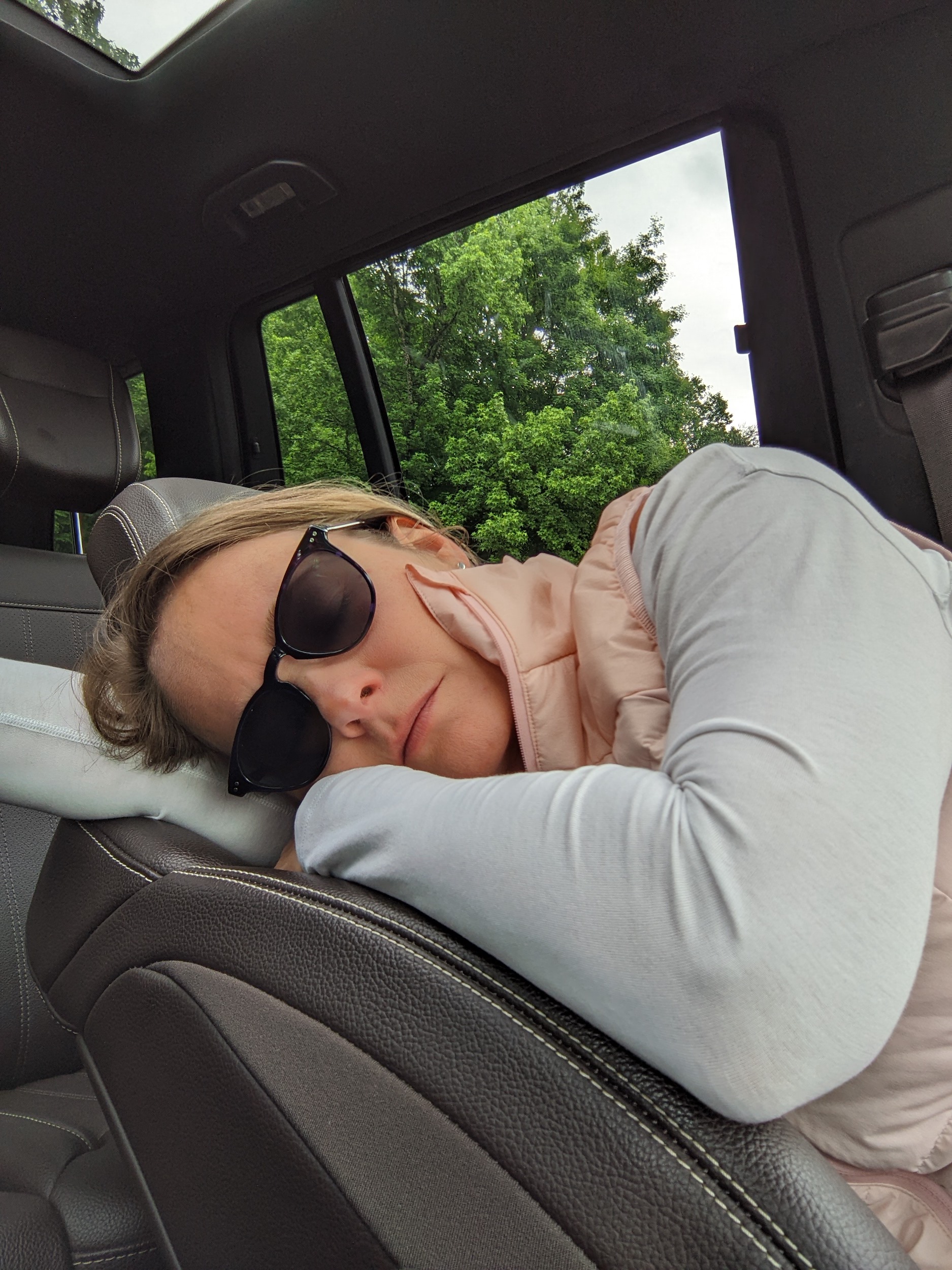 “There are many people who have been infected with COVID who are suffering with an extraordinary set of symptoms, and yet, we’ve been unable to identify an approach which reflects their altered physiology,” says Krumholz. “However, their stories and experiences can help unlock what this is, and if we work together, we can make progress towards alleviating their suffering.”

The Centers for Disease Control and Prevention (CDC) defines long COVID as having symptoms prolonging over four weeks after initial exposure to the virus, though according to Iwasaki, there is still no universal definition among scientists. The symptoms are highly variable—long-haulers have reported over 200 different symptoms. Common complaints include brain fog, shortness of breath, fatigue, difficulty concentrating, insomnia, tremors, gastrointestinal problems, palpitations, and both high and low blood pressure.

COVID-19 symptoms linger in approximately half to 75% of patients who suffered severe cases requiring hospitalization. But even among those who experienced mild or asymptomatic infections, many report developing persistent symptoms within the first two to three months after first being exposed. While there is not yet solid epidemiologic evidence on long COVID, Iwasaki estimates that between 10 and 30 percent of acute COVID-19 survivors develop the condition. “Some people have mild cases of long COVID, but a significant number of people are disabled by this,” says Iwasaki. “They’re suffering from financial difficulties because they can’t work anymore, as well as the social and emotional impact of not being able to function in society.”

“One thing that is clear when I hear patients’ stories is that many people who were formerly extremely active and healthy have been relegated to a life where they’re able to do very little,” says Krumholz. “Someone just wrote to me today, saying that ‘many of us [long-haulers] wish COVID had killed us’ because their lives have been so devastatingly affected.”

Causes of long COVID are still unknown, but Iwasaki has several hypotheses. First, lingering viral remnants could be stimulating chronic inflammation. SARS-CoV-2 infection may also be triggering an autoimmune response within the body that leads to persistent symptoms. Long COVID could be the result of a latent virus like the Epstein-Barr virus—the pathogen that causes mononucleosis—becoming reactivated after COVID-19 infection. Tissue damage induced by infection that the body fails to repair properly could also be the culprit. These hypotheses, says Iwasaki, are not mutually exclusive, and many long-haulers may be suffering from a combination of these outcomes.

When Frank Ziegler began experiencing mysterious symptoms two months after coming down with COVID-19, he called his primary care provider (PCP). At the time, “long COVID” was just becoming a term, and he didn’t yet know what it was. He wondered if he was the only person in the world to whom this was happening. “My PCP basically patted me on my head and told me to go on my way,” he says. “I had only seen him for sinus infections through the years—he knew I’m not a hypochondriac.” 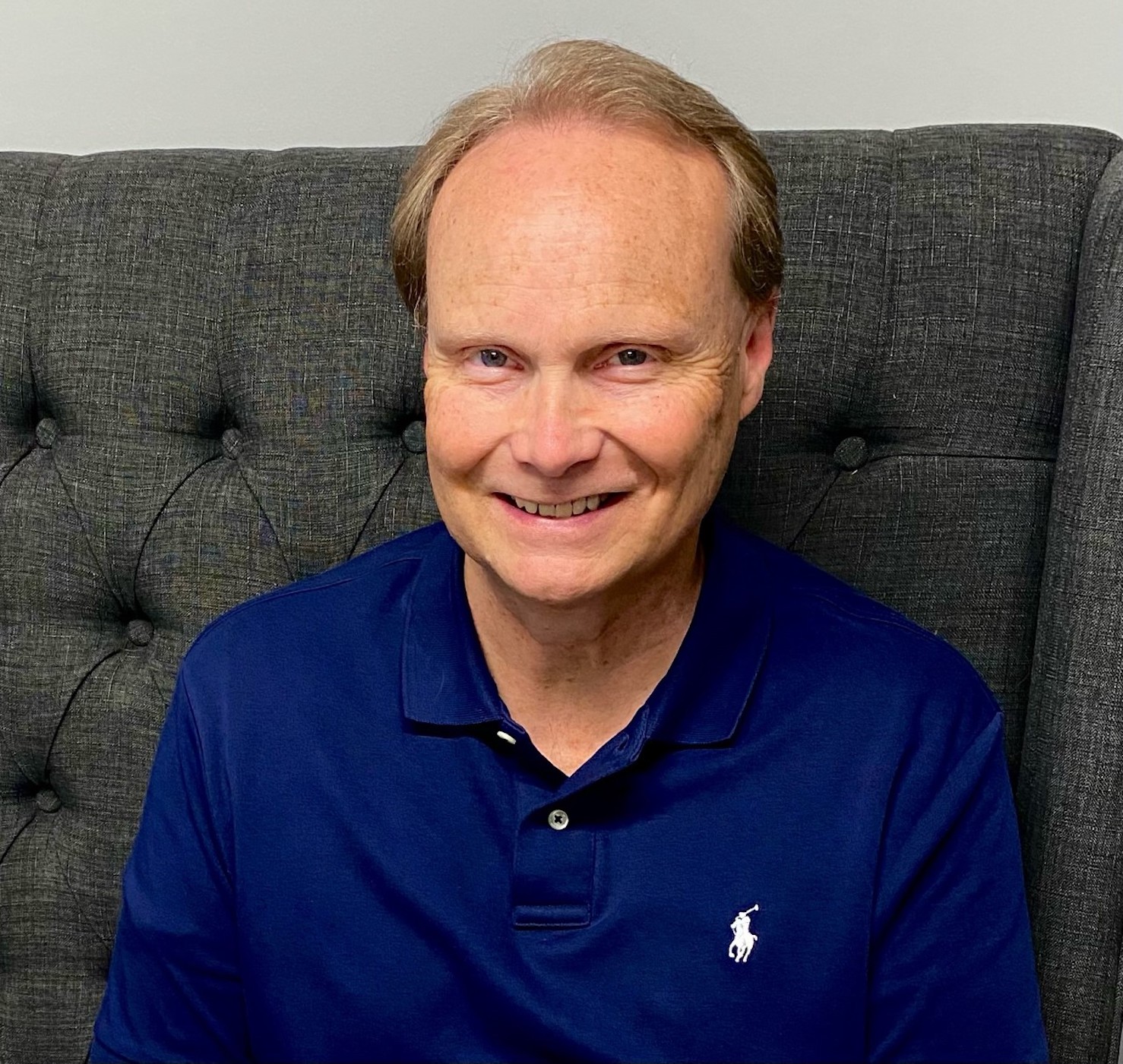 Many long COVID patients, says Krumholz, are finding themselves in a similar position to Ziegler’s. “There are no textbooks, no experts, no testing, and no treatments,” says Krumholz. “It makes it very difficult for patients, and they are often dismissed.”

In her lab, Iwasaki is studying sex differences in the immune responses of people who develop long COVID. Of those who initially had a mild or asymptomatic infection that later developed into long COVID, she is finding, the majority are women between the ages of 20 and 60. Historically, medical conditions that predominantly impact women tend to be under-researched and ignored by the medical community, and this bias, she believes, may still affect attitudes when it comes to long COVID research and treatment.

“It took a long time for medical researchers to recognize that this was a real disease,” Iwasaki says. “In the early days of the pandemic, women—as well as some men—were pretty much dismissed by their physicians, and some believed that it was all psychosomatic. And there are still physicians who believe this.”

Marjorie Roberts and Pamela Bishop recall the frustration they felt when their health care providers wrote off their disabling symptoms as simply anxiety. “My doctor told me that I was just mimicking what I saw on television, and that if I wanted to get better, I should watch Lifetime movies and do puzzles,” says Roberts.

Bishop says she was also offered an antidepressant as the only option for treating the range of symptoms she was experiencing. When she later asked her provider for a referral to a specialist to treat her tinnitus, muscle cramps, fatigue, nausea, and other symptoms, she was again pushed to take the antidepressant. She was not offered any other options.

“The fatigue you get from long COVID is not normal, and I knew this wasn’t just anxiety,” she says. She now attends a support group for long-haulers at Vanderbilt University, led by Vanderbilt professor and long Covid researcher James Jackson, PsyD, where 95 percent of the members are women. Bishop says many of the women also share similar stories of gaslighting or lack of awareness by medical professionals. “When doctors tell you that nothing is wrong with you, you lose hope. It’s dangerous.”

Frank Ziegler first came across Krumholz after a friend had sent him an article from the Washington Post about long COVID. He was struck by the words of the Yale cardiologist, one of the doctors interviewed for the story, who called for providers to not dismiss the condition. “I thought, 'there is a doctor that gets this! He understands, he’s listening to his patients,'” says Ziegler. “It’s a miracle—I believe that. I don’t believe in coincidences.” 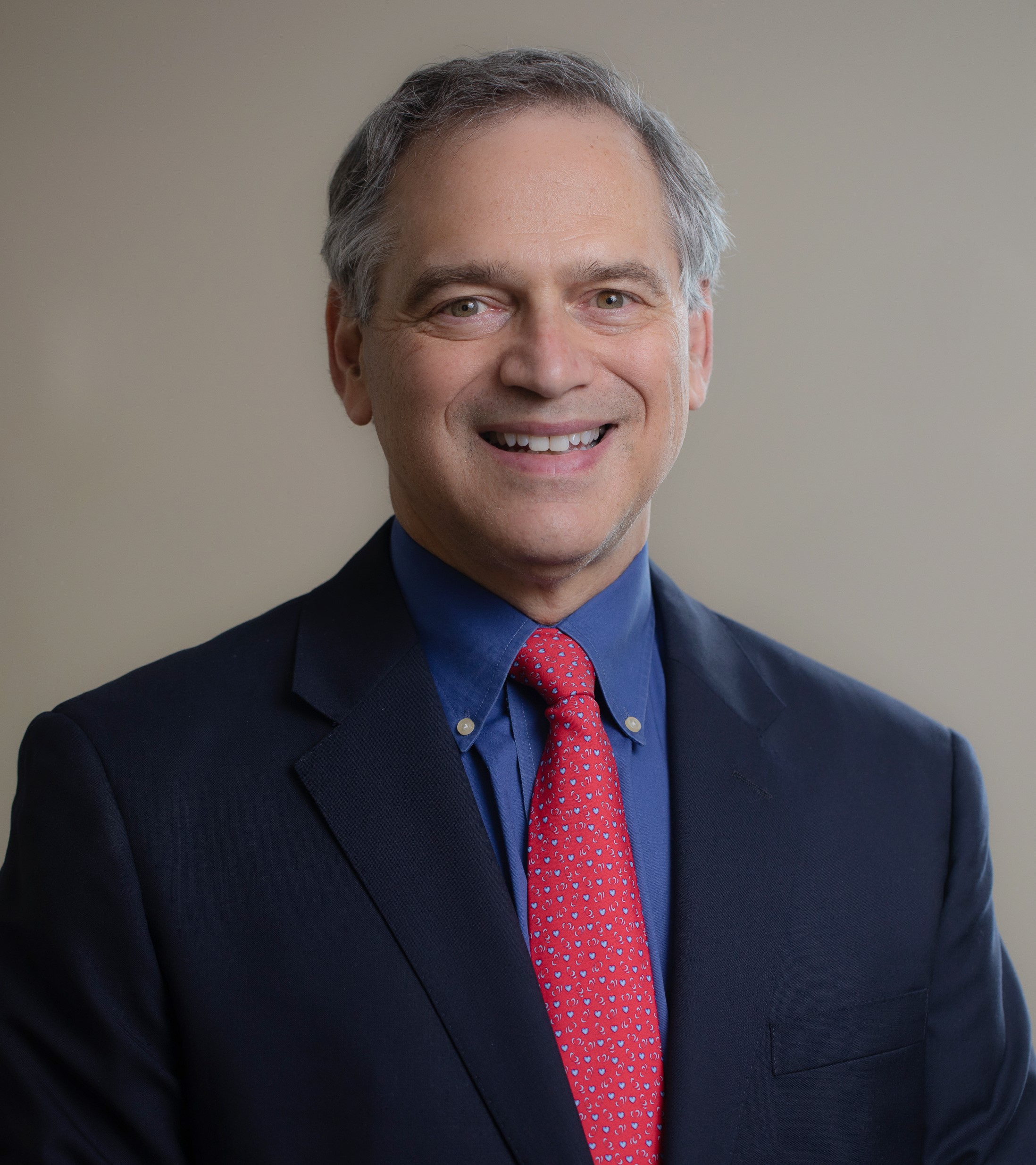 He decided to reach out via email on a Friday night, expressing his appreciation and sharing his own story. He didn’t expect to get a reply, but to his surprise, Krumholz responded just two days later. “I’m not his patient, I’m just someone from Nashville sending an email,” says Ziegler. “But he said he was really sorry for what I was going through, and he said that he would like to be able to talk to me more about this.”

Ziegler told Krumholz about the Vanderbilt support group and expressed the group’s desire to participate in research. Krumholz has teamed up with Iwasaki to launch the Yale LISTEN Study, or Listen to Immune, Symptom, and Treatment Experiences Now. More information can be found on Iwasaki and Krumholz’s research on the Yale LISTEN study webpage.

The HHMI-funded project, part of the institute’s broad support of COVID-related research at Yale, has two goals. First, its leaders plan to better understand the various patterns presented by long COVID by correlating specific biological signals with manifestations of the disease. They hope this will reveal underlying mechanisms that will help scientists develop appropriate, evidence-based therapeutics. Second, they hope the study will empower patients as they work together to find answers for their condition. 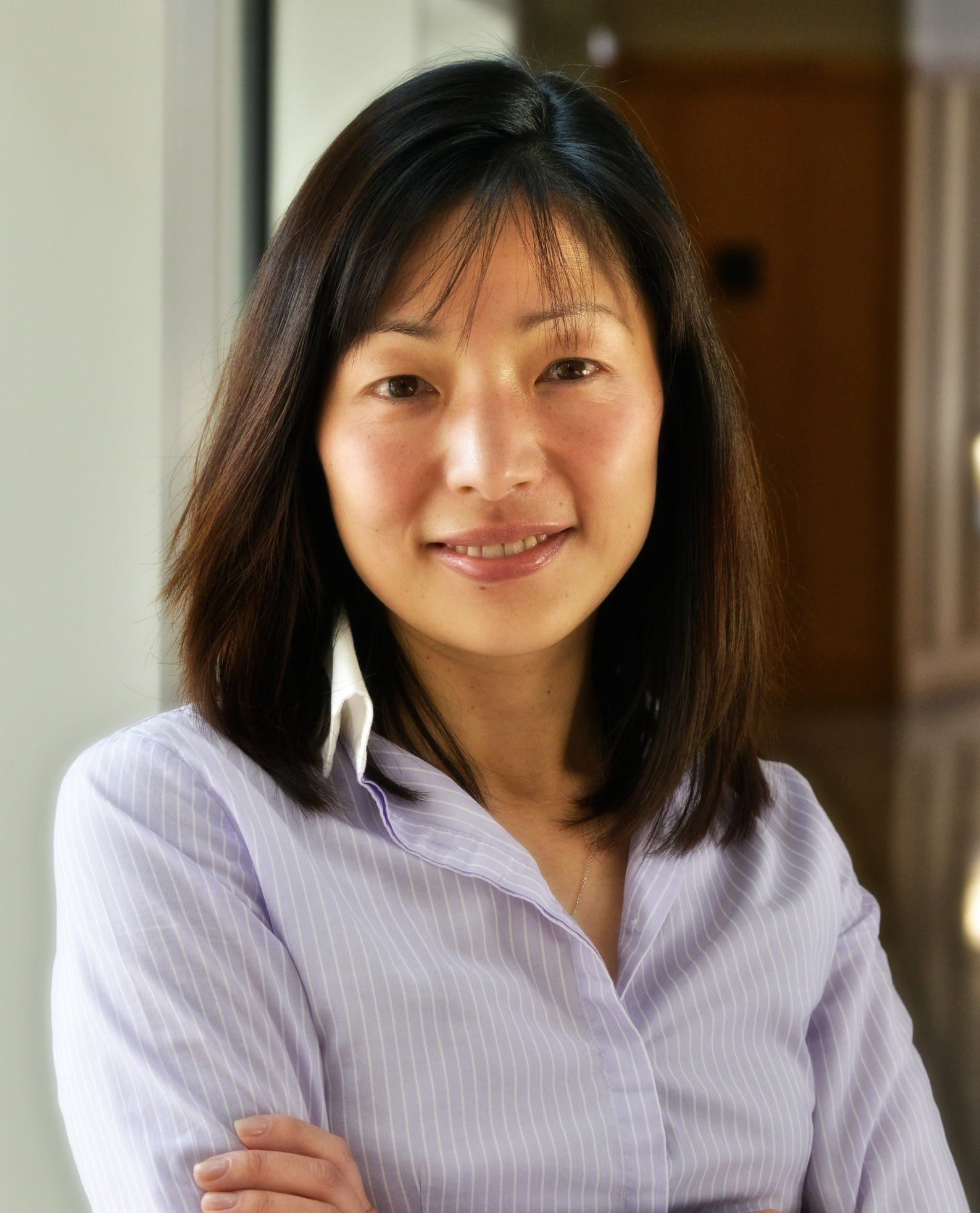 “We want to do this study in a collaborative way—through working in partnership with people and learning together,” says Krumholz. “We want to give patients agency over the data and enable them to make choices about the research they are a part of.”

For many patients in the Vanderbilt support group, say Bishop and Ziegler, this is an exciting opportunity to take charge of their health. Many members of the group have been eager to enroll in medical studies, but finding a study to enroll in so far has been “nearly impossible” due to strict eligibility requirements of the limited number of trials available. “I’m looking forward to the LISTEN study. I am 100% on board,” Bishop says. “I have a lot to say, so a trial called ‘LISTEN’ is perfect.”

Indeed, both Iwasaki and Krumholz are dedicated to providing a compassionate ear to those in need. “We see you, we recognize you, and we are doing everything we can to try and understand how this disease is mediated,” says Iwasaki. “We can’t accept that this is going to be what it is and all these lives are going to unravel,” says Krumholz. “We have to do our best to move forward as teammates trying to push back the wave of ignorance and seeing if we can find things that work.”