The Brain and the Heart: Understanding How to Prevent and Treat Alzheimer’s Disease

In the United States, one in three people 65 and older die with Alzheimer’s disease or another form of dementia. Today, there are more than 6 million people in the country living with the disease. Experts predict that number will rise to almost 13 million by 2050.

For Dr. Michelle Mielke, these numbers motivate the questions she has devoted her career toward answering. Questions like: Can we predict who will develop Alzheimer’s disease (AD) and other dementias? Can we identify biomarkers to predict disease development early? What are the most promising treatment targets?

And importantly, how do sex and gender affect risk factors, symptom onset, and disease progression? In the United States, two-thirds of adults with AD are women, and experts still ponder how much of this gender difference can be attributed to the average longer lifespan of women compared with men and how much stems from biological or environmental factors.

“As we have learned with many diseases and conditions, women and men can have different risk factors, different mechanisms underlying disease, and different responses to treatments,” said Mielke, chair of the Department of Epidemiology and Prevention and a professor of epidemiology, gerontology and geriatric medicine, and neurology at Wake Forest University in North Carolina. “We need to continue studying sex-and-gender differences in Alzheimer’s disease to uncover what’s best for women and men.” 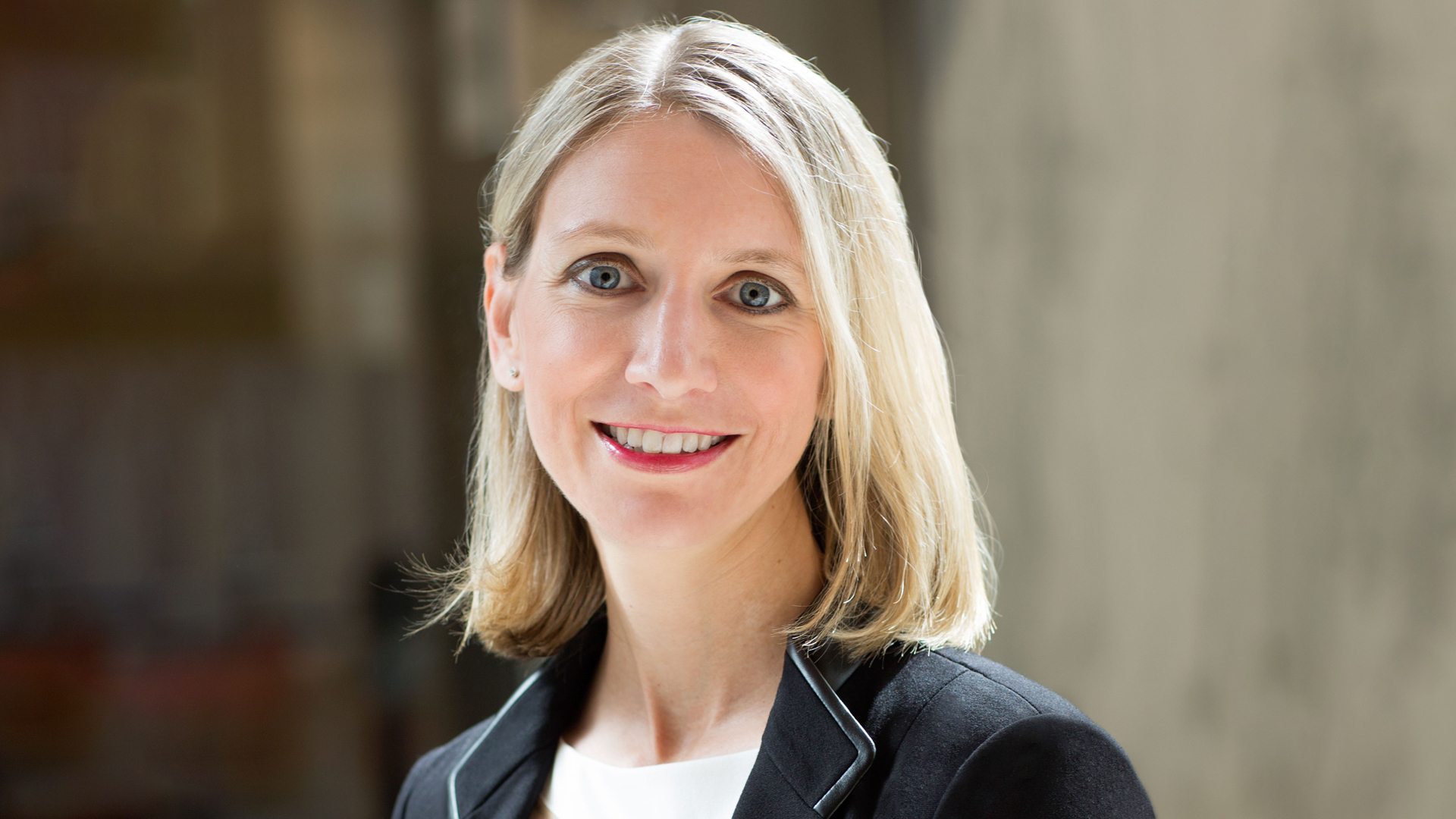 Women’s Health Research at Yale Director Carolyn M. Mazure, PhD, invited Dr. Mielke to discuss her research on this topic at a virtual Grand Rounds presentation in April sponsored by the Women’s Behavioral Health Division of Yale School of Medicine’s Department of Psychiatry.

Raised Risks for Some Women

Before leaving her faculty position at the Mayo Clinic in March, Dr. Mielke was the senior author of a study published in the journal Neurology, finding that the link between cardiovascular conditions, risk factors for cardiovascular disease (CVD), and cognitive decline in mid-life was stronger for women than for men. This was true even though men generally have more heart conditions and cardiovascular risk factors in mid-life, such as high blood pressure, diabetes, and obesity.

“There is still a lot of work to be done about the mechanistic, biological underpinnings of Alzheimer’s disease,” Mielke said. “But what our study and prior research are telling us is that what’s good for the heart is good for the brain. And this might be even more true for women.”

Reasons for this difference could include the influence of sex hormones on heart health and cognition as well as social differences that often vary between women and men, such as exercise and education. Women are also more likely than men to have types of CVD that decrease small vessel blood flow to the heart without a co-occurring cholesterol blockage in the larger arteries. Such sex differences in the biology underlying CVD might affect cognition differently for women and men.

Dr. Mielke said the data increasingly point toward a need to treat cardiovascular-related conditions early and to more closely follow women with these conditions over time to optimize both heart and brain health. For example, women with preeclampsia, a condition of high blood pressure in pregnancy that can damage organs and threaten the pregnancy and the life of the mother, often have worse cognition in their 60s and 70s.

“If we know that these associations exist between heart health and cognition, even if we do not yet know the precise biological connection, we can follow women with these conditions more closely,” she said. “And see if by treating their cardiovascular disease, maybe the cognitive issues can be prevented.”

The Role of Hormones

Similarly, Dr. Mielke’s team has demonstrated how the surgical removal of a woman’s ovaries — and thus the hormones they produce — before natural menopause is associated with poorer cognition and dementia. She cautioned against the unnecessary removal of ovaries for women without ovarian cancer or who are not at high risk of developing the disease. She also pointed to a larger lesson about how to perceive hormonal fluctuations across the lifespan.

Instead, Mielke likens menopause to a “stress test” in which evidence is starting to show that women with more severe menopause symptoms, such as intense hot flashes, are more susceptible to developing cardiovascular disease and potentially at a higher risk for AD or vascular dementia.

Mielke’s work also focuses on identifying blood-based biomarkers for AD that can aid diagnosis through primary care as opposed to the more expensive, harder-to-access visits to specialists with more expensive tests, such as neuroimaging or a lumbar puncture.

At the same time, Mielke wants medical providers to understand how such a test could be effectively utilized in the general population, particularly as other diseases and conditions might affect the levels of certain biomarkers and how to interpret the results.

For example, experts have long focused on proteins called beta-amyloids that can collect between brain cells and form plaques that disrupt brain function. Another target protein called tau can form tangles inside neurons that prevent proper communication between the cells. Although previously not feasible, with new technology beta-amyloids and tau can now be measured in the blood. However, recent evidence suggests that people with chronic kidney disease have higher levels of beta-amyloids and tau than people without kidney disease, even though they do not appear to have a greater risk for AD. Similarly, other groups of people develop high levels of these blood markers but no symptoms of cognitive dysfunction.

In addition, if an accurate predictor of AD were to be established, Mielke stressed the importance of understanding how to present the results of such a test given the implications of a positive biomarker. For example, how might this new knowledge affect an individual’s mental health or their ability to obtain life insurance?

“It would be phenomenal if we could eventually develop an effective method for screening potential susceptibility to Alzheimer’s disease, as this could lead to possible preventive strategies,” she said. “But, in any event, we would definitely need to educate health care providers about the meaning of a positive biomarker, so they understand how to discuss with patients what this means.”

Research has identified differences in the way Alzheimer’s disease affects the brains of women and men. For example, the women who develop AD experience higher neurodegeneration, a condition in which brain cells become damaged or die at accelerating rates. Dr. Mielke also stresses the importance of discussing how environment and experience filtered through gender contribute to disease.

A 2019 study from UCLA found that mothers between the ages of 60 and 70 who never participated in the wage-base labor force showed far more rapid declines in memory than women who worked. This was true for married women and single women who experienced a prolonged period without paid employment.

The authors suggested that mental stimulation and financial and social benefits could have contributed to the observed difference. With such factors in mind, Dr. Mielke has helped form a group on sex and gender at the Alzheimer’s Association to take a global perspective on whether and how sociocultural factors contribute to the disease.

“We have had so many changes in society over the last 50 years,” Mielke said. “It’s important to understand what effect these social transitions might have, so we can better protect people from this disease.”

With a grant from WHRY, Dr. Le Zhang and Dr. Stephen Strittmatter, chair of the Department of Neuroscience and director of the Yale Alzheimer’s Disease Research Center (ADRC), studied, for the first time, sex-specific differences in the origins of Alzheimer’s disease by examining individual brain cells. By using techniques that allow them to focus on intracellular activity, Drs. Zhang and Strittmatter found subtle differences among cell populations gathered from women and men with and without Alzheimer’s disease and uncovered biological information about what may cause pathological changes in brain cells. The techniques used, collectively called “single-cell analysis,” generate tremendous amounts of genetic data that offer opportunities to learn how different cell types and processes interact within the cell to cause disease.

WHRY then shared with Dr. Strittmatter the findings from another WHRY-funded investigator, Dr. Hongyu Zhao, who was also pursuing genetic underpinnings for AD. With WHRY funding, Dr. Zhao deployed his own novel analytical techniques to a large collection of health data and discovered evidence of genetic sex differences in the disease. Combining their expertise to understand genetic risk and advance therapeutic drug response in AD, Drs. Strittmatter, Zhang, and Zhao initiated a collaboration that resulted in a grant from the National Institutes of Health. In addition, Dr. Strittmatter’s colleague on WHRY’s pilot project, Dr. Le Zhang, has received funding from the Alzheimer’s Disease Research Center to continue her work with Drs. Strittmatter and Zhao as co-mentors.