Priming the Pump: WHRY and Akiko Iwasaki Take the Long View on Research

Dr. Akiko Iwasaki understands how persistence and reliance on a sound strategy can pay off years or even decades later.

As one of the world’s foremost experts on SARS-CoV-2, the rapidly mutating virus driving the COVID-19 pandemic, Dr. Iwasaki is now leading efforts to create a nasal spray vaccine that generates an effective immune response at the location in which the airborne virus typically enters the body. But this technique, which promises to help tamp down the current crisis and prepare for the next one, did not appear in a flash or by accident. It evolved from deliberate progress based on work first sponsored by Women’s Health Research at Yale almost two decades ago.

“That work has given birth to many developments, including this one,” Iwasaki said. “This has been the core hypothesis we have been pursuing over the decades.”

Women’s Health Research at Yale awarded funding to Dr. Iwasaki in 2003 and then again in 2013 to develop her “prime and pull” strategy for treating sexually transmitted infections (STIs) at the mucosal site of infection. This method stimulates the body’s immune response and draws disease-fighting cells to the tissues at the location of the infection, where they can provide long-term protection that overcomes a virus’ propensity for mutating to avoid detection. Her team continues to advance the STI-fighting strategy based on this method toward a clinical trial and human application, even as much of their attention has shifted toward the current health crisis.

Dr. Iwasaki’s experience with treating the mucosal surfaces at the local sources of infection prepared her and her colleagues to design a way to attack respiratory viruses where they are most likely to enter the body: the nostrils. For COVID-19, she has dubbed the method “prime and spike” after the prominent spike proteins the coronavirus uses to penetrate and infect host cells. It also reflects the one-two punch provided by priming with conventional vaccines and, using spike protein, pulling the relevant immune cells to where they are most useful. 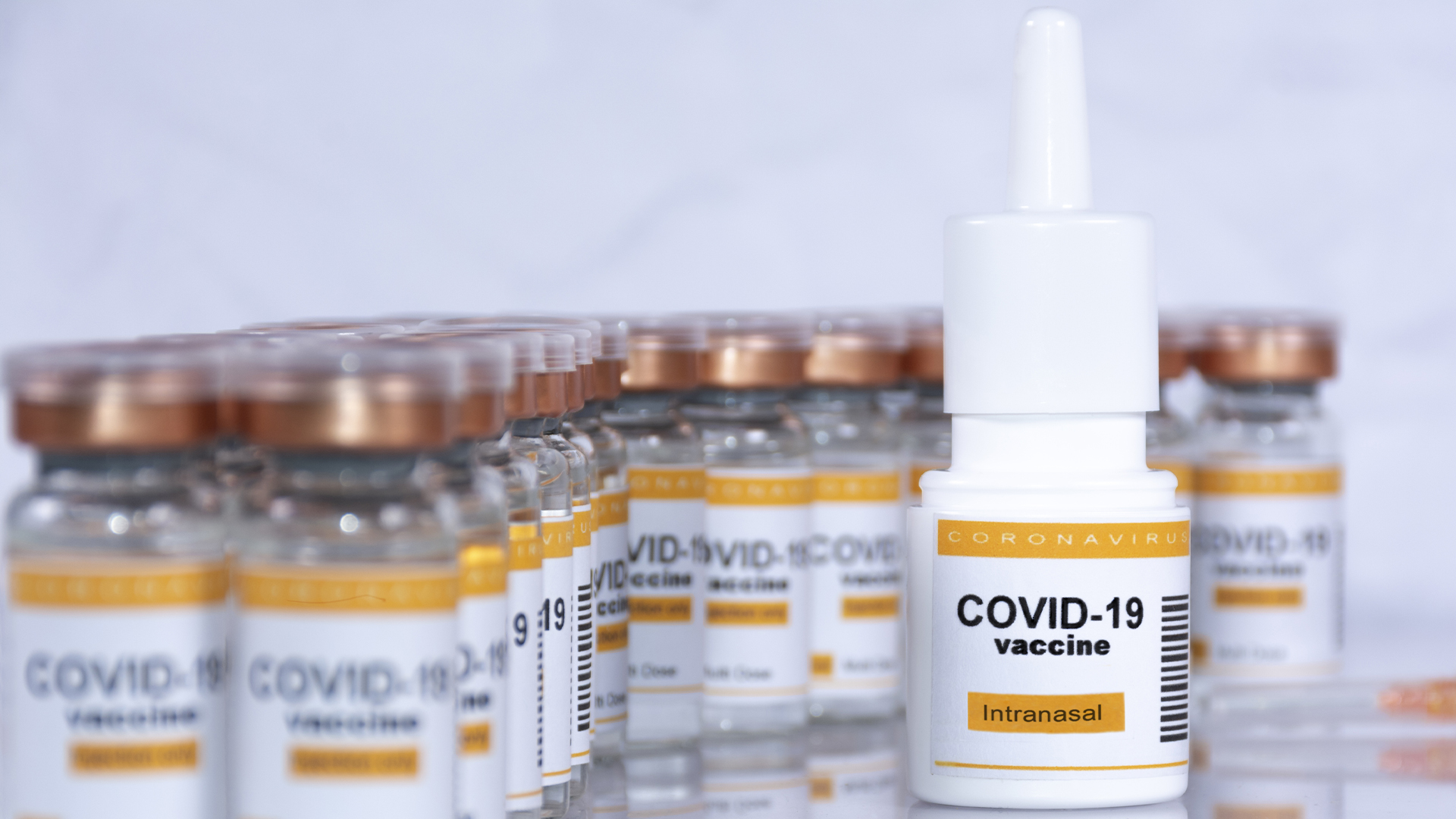 In a paper published in December, Dr. Iwasaki’s team demonstrated that local vaccines administered with a nasal spray were more effective at protecting mice from influenza than vaccines injected into muscles. A new study that has not yet been published in a scientific journal shows the effectiveness of “prime and spike” with a nasal spray in a model system to boost immunity from an initial vaccination and provide complete protection from a lethal SARS-CoV-2 infection.

Dr. Iwasaki is hopeful the nasal spray could be approved for human use and adapted to serve as a primary vaccination. By marshalling immune response within the nose — like positioning “a guard outside the door rather than inside,” the technique could prove more effective at preventing the virus from entering the body and causing disease than by eliminating the virus through a systemic response induced through a muscle injection. She also hopes that more people would be willing to take a vaccine through nasal spray than an arm jab.

“This can become the future of respiratory virus prevention,” Iwasaki said. “Either stop the infection or at least control it better at the source.”

WHRY’s early support of Dr. Iwasaki’s lab and her commitment to the health of women also smoothed the path for WHRY to rapidly approve and fund a study during the early stages of the pandemic. This study established the biological mechanisms through which the immune responses of women and men differed and led to more severe sickness and death for men. This finding received global attention among researchers and health care providers on the front lines of the fight against COVID-19, providing insight into the action of the virus and possible intervention strategies.

“That study and its findings shaped my thinking critically,” Iwasaki said. “We have done dozens and dozens of studies since then where we are taking sex differences into account.”

As a result of this programmatic course of research, Dr. Iwasaki has received funding from the U.S. Food and Drug Administration Office of Women’s Health to look at sex differences in the immune response of patients suffering from long COVID, a constellation of symptoms that can last weeks or months after contracting the illness. Symptoms of long COVID can include fatigue, pain, and brain fog.

“WHRY’s funding allowed us to look at the acute phase of this disease,” Iwasaki said. “Now we are looking at the chronic phase.”

Long COVID affects women more than men. The reason for this difference remains unclear, though experts suspect women’s generally more active immune system plays a role. While often protecting women from severe disease, the system can sometimes overreact and attack the body, a type of illness known as autoimmune disease that could contribute to long COVID symptoms more often in women.

Dr. Iwasaki said it has been difficult to study sex differences in long COVID because male patients with the disease are harder to find. Such evidence has only solidified her commitment to exploring such differences wherever they can be found.

“I’ve always been a strong proponent for studying sex as a biological variable,” Iwasaki said. “That has certainly proven important in this pandemic. We need to understand a lot more about how sex makes a difference in disease prevention and treatment.”

Dr. Akiko Iwasaki received her PhD from the University of Toronto and her postdoctoral training from the National Institutes of Health. She joined the Yale faculty in 2000 and currently serves as an Investigator of the Howard Hughes Medical Institute. In February, she was appointed Sterling Professor of Immunobiology and of Molecular, Cellular & Developmental Biology. A Sterling Professorship is considered the highest academic honor a Yale professor can receive.