Peter Lengyel, PhD, professor emeritus of molecular biophysics and biochemistry (MB&B), died at his home in Woodbridge, Connecticut, on April 21, 2020. He was famous at Yale for his tremendous recall, vast knowledge of science and all things cultural, and his meticulous, precise, and fluent lectures delivered without notes, using only chalk and a blackboard to convey the most complex subjects. 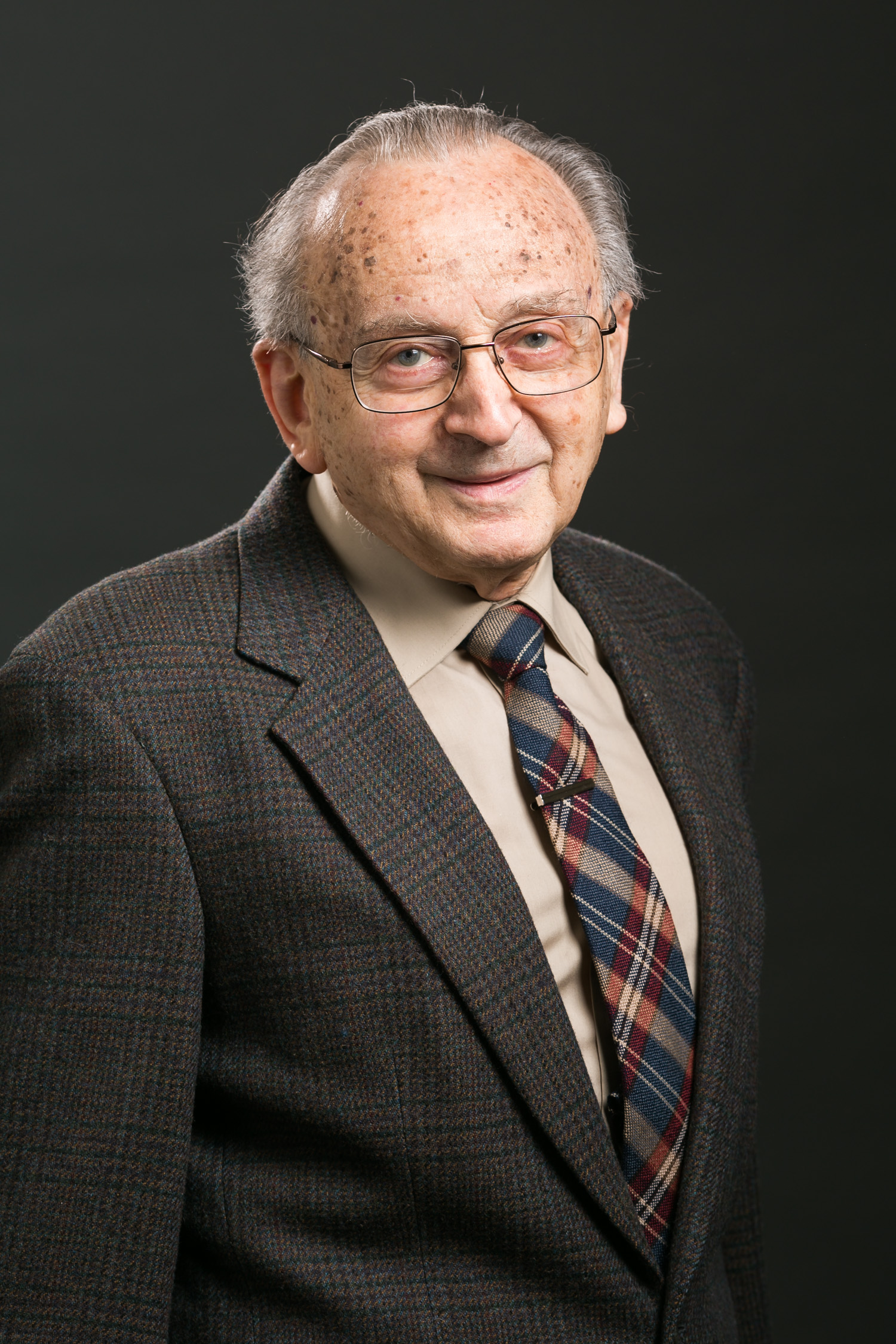 Lengyel was born in Hungary in 1929, and studied at the Technical University of Budapest, graduating in 1951. After serving two years in the Hungarian army, he spent another two years as a graduate student at the same university. With his wife Suzanna, he departed for the U.S. in 1956, after the collapse of the Hungarian uprising against the Soviets. In America, Lengyel resumed his graduate studies at New York University (NYU) under the direction of Dr. Severo Ochoa.

His PhD project involved deciphering the genetic code. He was not alone in this endeavor since Marshall Nirenberg at the National Institutes of Health (NIH) and Har Gobind Khorana at British Columbia and later Wisconsin were working on the same problem. The competition among the labs was intense. Lengyel's work resulted in the correct determination of the nucleotide composition of codons for 18 amino acids, which was published almost simultaneously with the work from the NIH. This achievement resulted in his being appointed to the faculty at NYU, a position he accepted after another year of postdoctoral work with Jacques Monod in Paris. However, his stay on the NYU faculty was brief, as he was recruited by Alan Garen to the MB&B department at Yale in 1965.

At Yale, Lengyel made many important scientific contributions. Among them was the first demonstration that formylMet-tRNA was required for the translation of bacteriophage f2 RNA in a cell-free system.

Starting in 1972, he began investigating the interferon system where he, again, made a number of significant advances. Research from his laboratory led to the discovery, characterization, and naming of RNase L, an RNase activated by interferons as a defensive mechanism against infecting viruses. His interferon work drew him to another research area involving the protein p202, which acts as a regulator of transcription, and then to protein p204, which turned out to be a modulator of cell proliferation and differentiation. After 49 years in the MB&B department, Lengyel retired from the Yale faculty in 2014.

Lengyel will be remembered for the kindness and generosity with which he treated students, colleagues, and collaborators. His erudition, refined manner, polite friendliness, abundant curiosity, and sincere concern for others were considered to be among his defining features.