The Center for Phage Biology and Therapy at Yale held its launch event on Thursday, January 27, 2022, by hosting a panel discussion centered around the context of the documentary, Salt In My Soul.

Salt In My Soul chronicles the life of Mallory Smith, a woman with cystic fibrosis, by using her own words from her diary, audio and video clips that her mother Diane Shader-Smith discovered after her daughter’s passing. Smith’s doctors tried experimental phage therapy to treat a multi-antibiotic-resistant infection, but this occurred too late to prevent her death at age 25 from infectious complications after bilateral lung transplant. 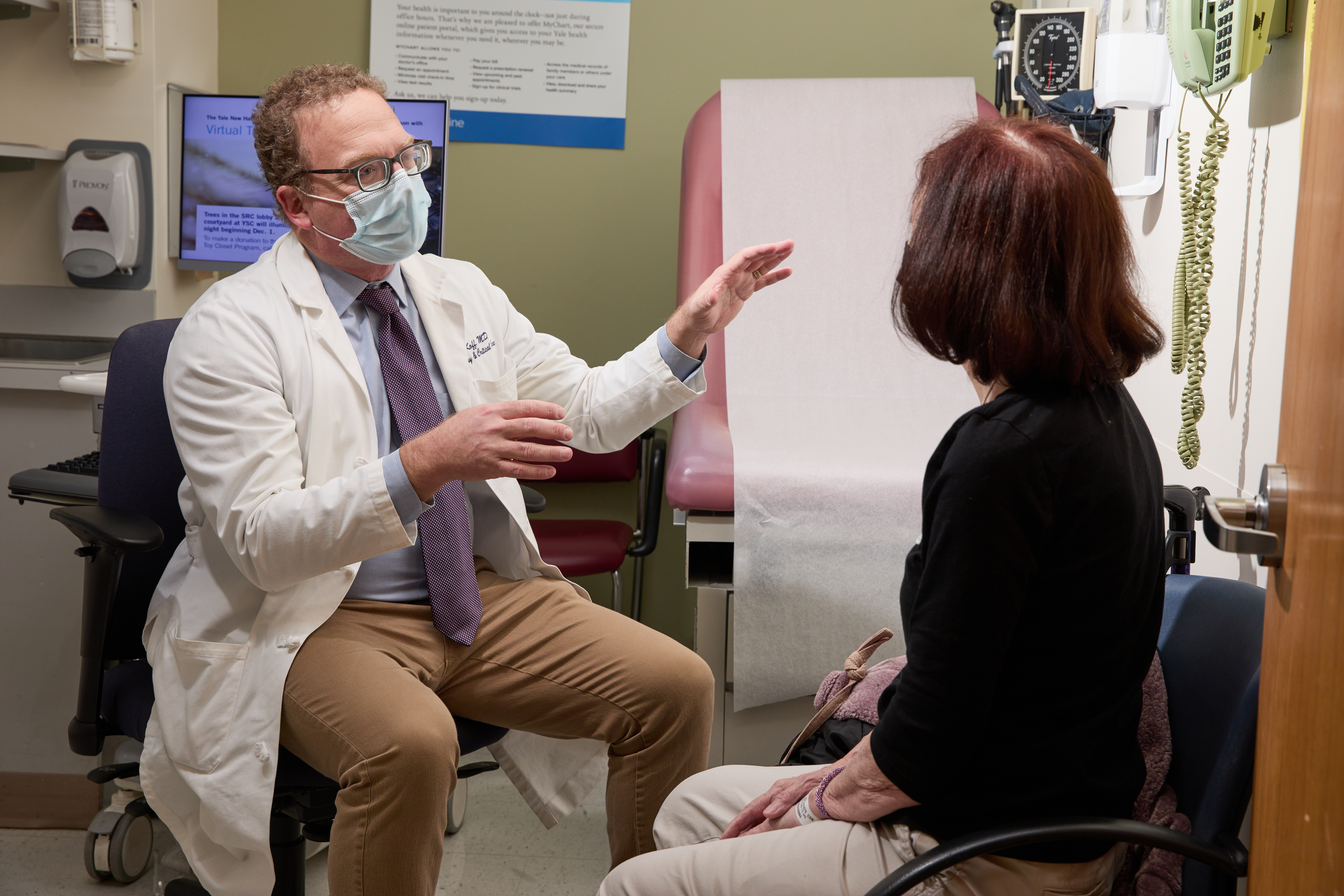 Director of the Center for Phage Biology and Therapy at Yale, Paul Turner, PhD, Rachel Carson Professor of Ecology and Evolutionary Biology, discussed the antibiotic resistance crisis and how phage therapy can combat this crisis.

The antibiotic resistance crisis is a “sobering reminder that not too far off in the future, the expected rates of death from antimicrobial resistance in the human population around the world may exceed the rates of deaths from common diseases, such as cancer,” said Turner.

“What can we do?” Turner asked. “We can harness an old technology, phage therapy, and update it for modern times. At Yale, we have had successful therapeutic use of lytic phages.”

The new Center for Phage Biology and Therapy at Yale will work to create solutions for antimicrobial resistance. Through their mission to advance and support phage research; to translate these advancements into new clinical therapies; and to train and educate students, scientists, healthcare professionals, and the community, the new Center combines the work of faculty, researchers, trainees, and staff to further develop phage for therapeutic use. These efforts bridge across Yale University and Yale School of Medicine, especially the Departments of Ecology and Evolutionary Biology and Internal Medicine.

The Center has informally existed at Yale since 2016 when a case of multi-drug resistant Pseudomonas aeruginosa was treated successfully with phage OMKO1, discovered in a water sample from Dodge Pond, a small lake in Conn.

Ella Balasa, an individual with cystic fibrosis and advocate, feels incredibly lucky to have received phage therapy at Yale in 2019. “I believe that without it [phage therapy], at this point, I would have been transplanted because of the severe lung infection that I was facing at the time,” she said.

Balasa had been struggling with antibiotic resistant infections for many years when she came across a story about Yale researchers’ work in phage therapy. She then contacted Research Scientist Benjamin Chan, PhD, scientific director of the Center for Phage Biology and Therapy at Yale. Chan started the process to obtain approval to treat Balasa via the U.S. Food & Drug Administration (FDA) investigational new drug expanded access program, or what is often called compassionate use.

“At that point, my lung function was about 20%,” Balasa said. “Phage did clear my infection. I want everyone to know that this therapy can be a viable option for antimicrobial resistance. I am excited that there are groups like you all [Yale] that are bringing clinical trials to people.”

The Center for Phage Biology and Therapy at Yale is making a multi-million-dollar investment in phage biology research and phage applications. They are currently targeting pulmonary infections in cystic fibrosis and other relevant clinical conditions. In addition, the Center will expand to address causes of sepsis, prosthetic-joint infections, post-COVID pneumonia, and other antibiotic-resistant bacterial infections in the future.

Jon Koff, MD, associate professor (Pulmonary, Critical Care, and Sleep Medicine); director, Adult Cystic Fibrosis Program; and medical director of the Center for Phage Biology and Therapy at Yale, serves as the principal investigator on the CYstic fibrosis bacterioPHage study at Yale (CYPHY), an FDA-approved human clinical phase I/II trial, developed at Yale School of Medicine and funded through Yale University, the Blavatnik Fund for Innovation at Yale, and the Cystic Fibrosis Foundation.

“[The trial] is an exemplar of using our strategy of looking more towards treating patients chronically over the long term with phages to see if we can affect their multi-drug resistant infections and see clinical improvements. It is similar to introducing an inhaled antibiotic,” explained Koff.

“The trial has been very rewarding and a great opportunity for me to engage with our patients, our community, and providers around the country. We’ve seen patients come to Yale from all over and this has allowed me to communicate to folks from multiple communities about our phage and our phage strategies,” said Koff.

In addition to Turner, Chan, Koff, and Balasa, other presenters in the one-hour virtual event were Gunnar Esiason, cystic fibrosis advocate, and graduate student at Dartmouth in the MBA/MPH program; Will Battersby, film director and producer of Salt In My Soul; and Diane Shader-Smith, Mallory Smith’s mother.

Battersby spoke about making the documentary, the themes throughout, and how people have embraced the work. “If you tell the story of somebody going through extraordinary things, extraordinary themes and lessons will emerge. I had no intention of making a film that would be picked up by the phage community in the way that it has, but it is very moving because of the possibilities in the film, […] it makes you ask so many things about phage.”

Shader-Smith shared in Battersby’s sentiment. “Mallory was willing to try phage therapy. We had many, many long talks about it. I think the main reason that people love the film, despite the tragedy, is that they leave feeling hopeful. And phage therapy is that hope,” she said.

Chan has devoted his career to furthering phage research and developing phage therapies. Despite the long history of phage usage, until recently, it hasn’t gained steam in the 0077saestern biomedical community. He gathers his strength to continue with his efforts from cystic fibrosis patients like Balasa and Esiason, parents like Shader-Smith, and supporters like Battersby.

“The cystic fibrosis community is the best. We are in it together. We help each other move through stuff. If it wasn’t for them, I would have burned out a long time ago,” he said.

Koff believes that Chan diminishes his commitment to this work. “Ben minimized his unbelievable energy to follow through on this and to have a vision for translating what he is seeing in the laboratory to the clinic. It has been an absolute pleasure working with him and seeing that level of effort,” said Koff.

“What is awesome is that I am able to be part of this process in the clinic, in the research in collaboration with Paul [Turner] and Ben [Chan] and the research group, and we can see this happening in the clinical trial context. It has been a wonderful experience for me to cross all of these aspects and I think they make our Center pretty unique,” said Koff.

The Center for Phage Biology and Therapy at Yale is funded by Yale University and philanthropic contributors who share the vision for phage therapy.