There was never a question for photographer and filmmaker Thomas Allen Harris that family, history, and photography were all tangled together, forming deep roots that revealed the truth about time, place, and identity. Legendary Harlem photographer James Van Der Zee took photos of Harris’ grandparents that hung in his living room. Harris’ grandfather, an amateur photographer, compiled thousands of slides and Super 8 video that captured not only immediate family members, but his church family, Harlem, and his neighborhood in the Bronx. Harris, who is a senior lecturer in African American Studies and Film and Media Studies at Yale, spent his childhood looking at these images and listening to his grandfather’s stories.

Later, as he grew into a photographer and a filmmaker, Harris saw the potential in these images to shift the historical narrative. “The family album is almost a kind of folk art,” he said. “It was a way to make order: to understand ourselves, our families and our communities.” Harris’ 2014 documentary “Through a Lens Darkly: Black Photographers and the Emergence of a People” draws out forgotten, lost, and overlooked images from Black photographers, Black photo albums, and American archives which, when pieced together, tell a radically different story than the one portrayed in popular media. The film is part of the Black History Month Film Series presented by the Office of Diversity, Equity, and Inclusion at Yale School of Medicine throughout the month of February. Harris will guide a discussion following the virtual showing on Feb. 10, 5:30pm EST.

Using Images to Shift the Story of the Black American Experience

The photos that Harris’ family and other Black families collected were not images he saw reflected in books and media. Instead, he says, “Images were being used to dehumanize us. People looked at an African American, and they didn’t see an uncle, or a cousin, or a brother — they saw an abstraction, perhaps even something dangerous and, in some ways, not human” 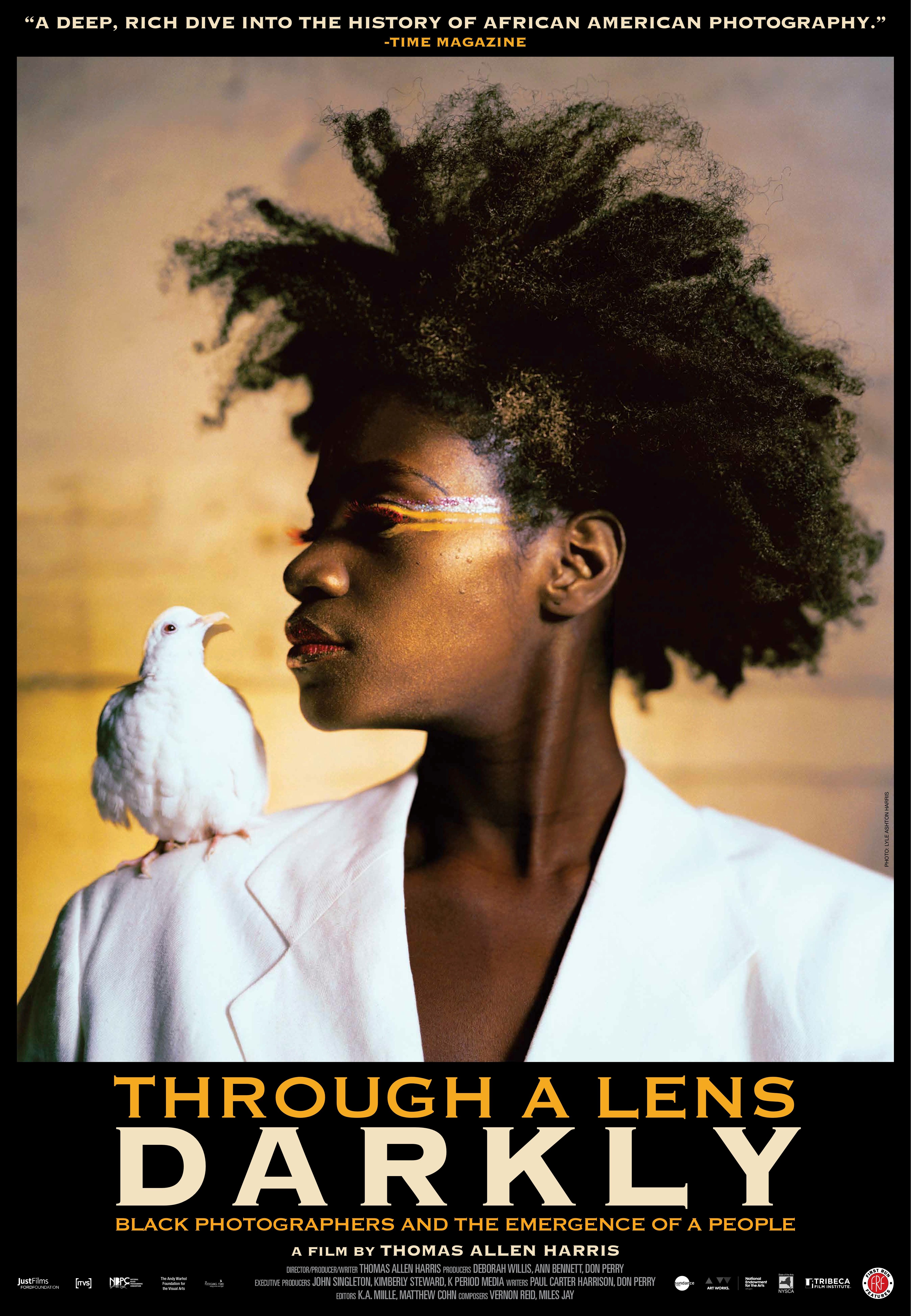 The film juxtaposes racist and disturbing images from the 1800s with refined images of upwardly mobile Black families from early Black photographers like Paris-educated Jules Lion, who moved back to New Orleans in 1840 and opened one of the first daguerreotype studios. It looks at the way Black intellectuals and abolitionists like Sojourner Truth, Frederick Douglass, and W.E.B. Dubois used photography in Abolitionist and early Civil Rights movements as a way to change the narrative around Black people. The film was inspired by the book "Reflections in Black" by historian Deborah Willis who Harris calls a friend and a mentor.

“My challenge was how to turn this groundbreaking encyclopedic book into a compelling cinematic narrative,” said Harris. “Deb Willis coalesced all this research over decades and I spent another 10 years researching and building an archive of over 25,000 images for the film. I interviewed 52 people – African American photographers, artists, and scholars. It occurred to me that artists of my generation were using the archive creatively in their own practices. Critiquing the stereotype while affirming Black humanity.”

The film moves fluidly between past and present, looking at both the impact of images in the past and how those images have been reinterpreted by contemporary Black photographers like Hank Willis Thomas, Lorna Simpson, Coco Fusco, Harris’s brother Lyle Ashton Harris, and others. While a narrative connects the pieces, the images themselves take center stage.

“The images speak for themselves as opposed to being illustrative backgrounds,” said Harris. “I wanted to create a way for people to enter the images – so you really feel the journey and you feel the weight of horror, of love.”

Using family photographs to reclaim and recenter lost stories began in earnest for Harris in 2007, when he launched Digital Diaspora Family Reunion – which he describes as a kind of antiques roadshow for discovering shared humanity via family photographs. Through events and exhibits, the initiative brought together thousands of people across over 65 cities to share their photographs and their stories. It gave rise to the PBS TV series Family Pictures USA, and has now expanded further, into the Family Pictures Institute for Family Storytelling at Yale. The institute, which will host symposia and provides an opportunity to add a research component to their efforts, Harris says. 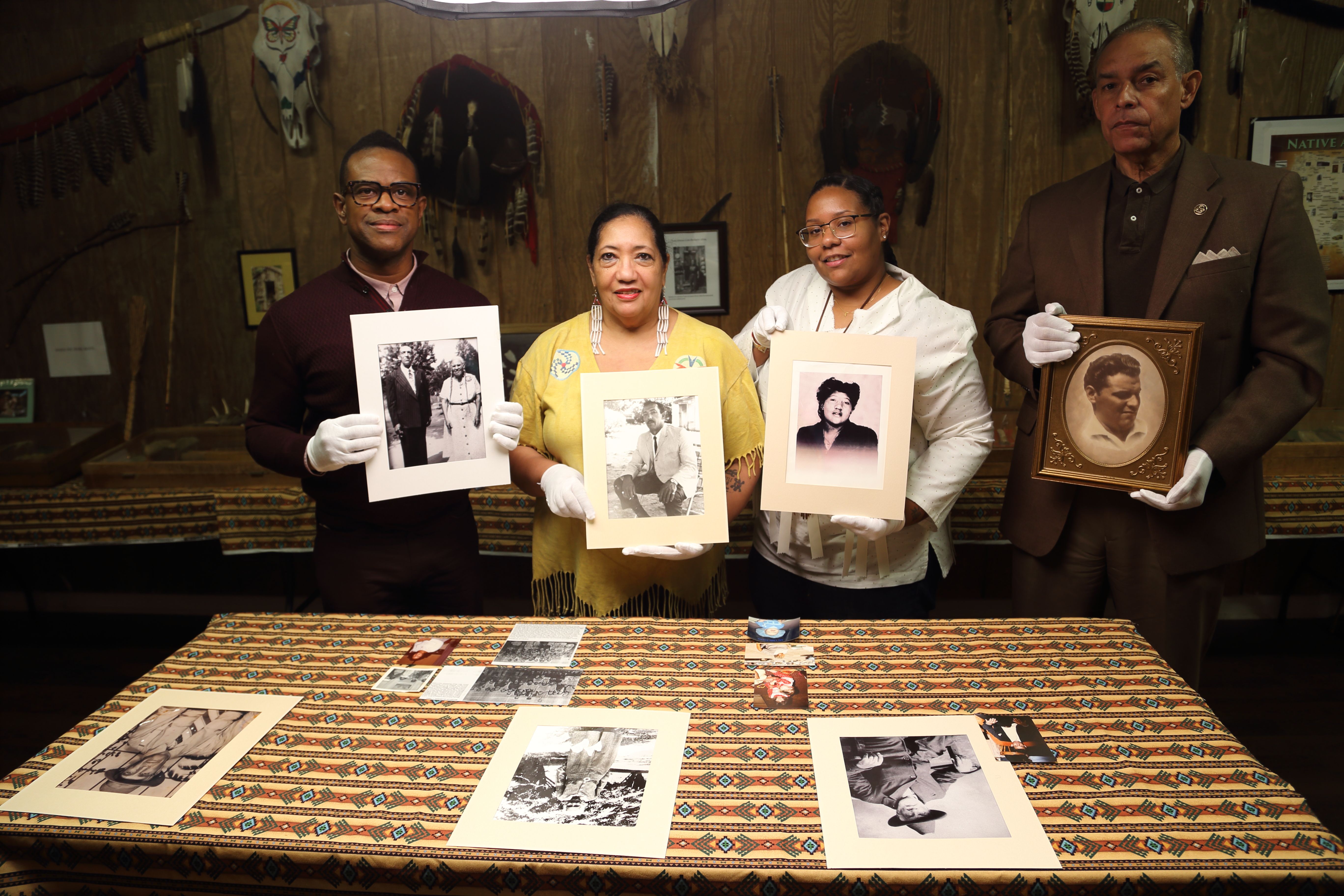 “The Institute creates a space to study the methodology, to look for other applications, and to see what happens in terms of neurochemistry when people see one another through the lens of family,” Harris says. Ultimately, he says, photography has the power to shape people’s views, and Harris wants to tap into its full potential to bring people together.

“In this deeply polarized moment, even truth is deeply contested,” Harris says. “One thing that’s indisputable is the family photograph. It helps people to find a common ground. I see you, I hear you.”