Arthur Eastwood Broadus, MD, PhD, Ensign Professor of Medicine, Emeritus, passed away on October 22, 2020. His research led to the elucidation of the pathophysiology of malignancy-associated hypercalcemia and other disorders of calcium metabolism. He was the chief of endocrinology for 20 years and was a driving force behind the creation of The Anlyan Center, but his true passion was mentoring the next generation of scientists. 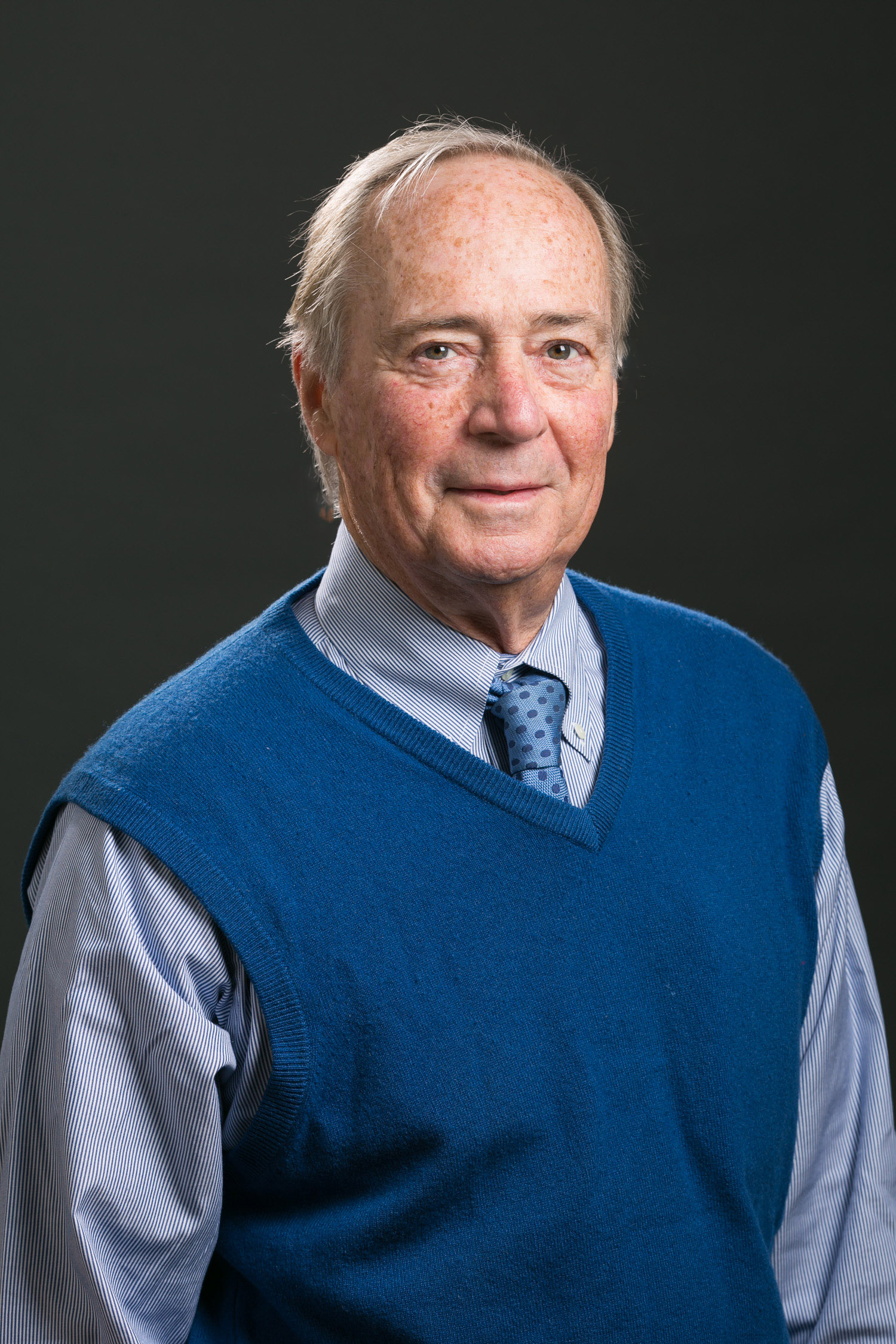 Broadus was born on March 28, 1941 in Knoxville, Tenn., to Thomas H. and Lucy S. (Eastwood) Broadus. He had one sibling, an older brother, Thomas H. Broadus, Jr. Arthur Broadus’s family had deep roots in the American South dating back to the 1700s when his paternal ancestors emigrated from Wales to Virginia prior to the American Revolution. His great grandfather, Dr. John A. Broadus, was a prominent pastor, professor, and theologian, and was one of the founders of the Southern Baptist Theological Seminary. Arthur also had deep roots in New England; a direct maternal relative was one of 10 ministers credited with meeting in Branford, Conn., in 1701 and founding what would become Yale College.

Broadus attended the Lawrenceville School and received his undergraduate AB degree from Washington and Lee University in 1964. He noted that his love of science was stimulated by his organic chemistry professor, James K. Shillington. He then attended Vanderbilt University where he obtained his MD and PhD degrees. During his time at Vanderbilt, he interacted with a trio of remarkable scientists, Joel Hardman (chair of pharmacology at Vanderbilt), Grant W. Liddle (legendary endocrinologist and member of the National Academy of Sciences), and Earl W. Sutherland, Jr. (Nobel laureate in Physiology or Medicine in 1971). His thesis work led him to develop techniques to measure renal secretion of cAMP (nephrogenous cAMP, NcAMP), which he utilized to measure the bioactivity of parathyroid hormone. This work proved to be a revolutionary breakthrough that became crucial to many of his subsequent discoveries. He graduated as valedictorian with summa cum laude honors from Vanderbilt in 1971 and subsequently proceeded to train in internal medicine at the Massachusetts General Hospital in Boston. He went to the National Institutes of Health for clinical training in endocrinology, where he further honed his techniques to use NcAMP to define disorders of calcium metabolism in patients.

Broadus joined the Yale Section of Endocrinology & Metabolism in 1976 when he was recruited by Howard Rasmussen with the mandate to develop a program in clinical mineral metabolism. Influenced by the example of Fuller Albright, a legendary endocrinologist and investigator in the 1940s and 1950s, Broadus established a state-of-the-art clinical “calcium lab” at Yale with the capability of measuring parathyroid hormone, vitamin D metabolites and, of course, NcAMP, in study subjects and patients. There followed in the late 1970s and 1980s a remarkable period of clinical investigation in which his research group worked out the clinical pathophysiology of a series of hypercalcemic, hypercalciuric, and hypocalcemic syndromes.

Of all of his scientific accomplishments, Broadus is perhaps best known for solving a longstanding mystery of why patients with certain types of cancer developed dangerously elevated blood calcium levels, a syndrome known as malignancy-associated hypercalcemia. The underlying mechanism for this syndrome was the subject of considerable controversy at the time he began his studies. Using meticulous clinical and biochemical phenotyping of an unselected series of patients from the oncology wards of Yale New Haven Hospital, his group found that the majority of patients with cancer who did not have bone metastases, displayed elevated levels of NcAMP despite suppressed levels of immunoreactive parathyroid hormone. These seminal findings published in the New England Journal of Medicine, suggested that this syndrome was caused by a circulating factor other than PTH that could nonetheless stimulate the renal PTH receptor.

After much subsequent laborious biochemistry, this work, in 1987, led to the isolation from tumor samples of a new hormone, named parathyroid hormone-related protein or PTHrP. The isolation of PTHrP and the definition of its partial peptide sequence quickly led to the cloning of the PTHrP gene and the realization that PTH and PTHrP were cousins, sharing a common and ancient ancestral gene. Broadus’s laboratory quickly pivoted to focus on molecular biology, defining the structure of the PTHrP gene as well as defining its regulation in a variety of tumor cells. Using genetically altered mice, he went on to define the biology of PTHrP in a variety of normal organs. His work defined or contributed to an understanding of PTHrP’s functions in the fetal skeleton, during tooth eruption, during embryonic mammary gland development, hair follicle growth, the regulation of smooth muscle tone in the stomach and uterus, articular cartilage and its functions to sculpt the surface of long bones associated with tendon and ligament attachment sites.

His research group also developed the prototype of the initial PTHrP assays that are widely used today in clinical practice. As a direct result of his work, we now have better ways to diagnose and treat of one of the most common metabolic complications of cancer. Finally, a PTHrP analog now serves as an FDA-approved anabolic agent for the treatment of osteoporosis. This body of work remains an outstanding example of how careful clinical investigation can inform entire new areas of biology, improve the practice of clinical medicine, and ultimately lead to new drug discovery.

As a clinician, Broadus had broad expertise in disorders of calcium metabolism, with a specific clinical interest in patients with kidney stones and those with abnormalities of the parathyroid glands. He championed the application of the same careful metabolic evaluations used in his research studies to patients with kidney stones. This approach allowed him to identify the metabolic bases for their recurrent nephrolithiasis and enabled him to develop individualized treatment programs, a precursor to “precision” medicine. He established a renal stone program with then-chair of internal medicine, Samuel O. Thier, MD, that contributed to knowledge of the pathophysiology of kidney stones in the setting of disturbed calcium metabolism. He was also often called upon to help patients with difficult to diagnose parathyroid disease. Given his pre-eminence in the field of mineral metabolism, he was recruited by John Baxter to co-edit one of the primary endocrine textbooks in the 1970s and 1980s.

Broadus spent his entire professional career at Yale, rising through the ranks to become the Ensign Professor of Internal Medicine and serving as the section chief of Endocrinology & Metabolism for 20 years. He also served as associate chair of research for the Department of Internal Medicine. In this role, he helped to spearhead the organization and structure of The Anlyan Center, which opened in 2003. He was the member of a number of societies including the AFCR, the American Society for Clinical Investigation, the Association of American Physicians, the Interurban Clinical Club, and the Endocrine Society. He was a Guggenheim Fellow in 1982 and received the Frederic C. Barter Award of the American Society for Bone and Mineral Research in 1989 as well as an NIH MERIT award in 1990. In 2014, he was honored by his alma mater and received the Distinguished Alumni Award from Washington and Lee University.

One of his true passions was the mentorship of the next generation of endocrine investigators. He helped train scores of endocrinology fellows over the years and launched the careers of many junior faculty who have gone on to their own leadership positions in academic medicine, industry, and clinical practice. He considered it a privilege to be on the Yale faculty and to help in the development of future physicians and scientists. His trainees, academic colleagues at Yale, and collaborators throughout the world will remember “Art” as a dear friend, a creative scientist, a dedicated physician, an avid fisherman, an opera buff, and a wonderful colleague. He was and will remain a true giant in the field and in the hearts of all who knew him.

Most important, Broadus was a loving husband, and a dedicated father and grandfather. He is survived by his beloved family: his wife Carole, his daughter Courtney Broadus, and his granddaughter Casey Eskridge. He was the father of the late Elizabeth Dickinson Eskridge and brother of the late Thomas H. Broadus, Jr.