Early in her career as a physician, Lynda Rosenfeld, MD, traveled alone to Istanbul. During an evening walk, she found herself overlooking a 12 lane highway — on the opposite side of her hotel. “It was getting dark and I said to myself, how did I get here? And how am I going to get home? Nobody knows I'm here.”

Decades later, the memory still resonates. “Sometimes a career is like that. How I actually got the courage to go for that walk alone I’m not sure, because I really had no guide.”

Rosenfeld demonstrated immense talent as a physician and earned a position as Yale’s first female cardiologist. With the limited opportunities for women, Rosenfeld’s path to medicine —as an educator and thought leader in cardiac electrophysiology — was far from certain.

Fascinated by mathematical logic and design, Rosenfeld first showed an interest in architecture at a young age. She was a gifted student, but in the early 1960s the chances of a woman succeeding in a technical field were slim. “My parents always wanted me to have a career, but they meant something more traditional like a teacher or a nurse,” recalled Rosenfeld.

To thrive, she would need support. In junior high school, Rosenfeld was told that she could not enroll in a shop class because of her gender. She went to the guidance counselor, who told Rosenfeld that she could be an architect, doctor, or whatever you wanted. “That was literally the first time it ever was in my conscience that I could be a physician. No one in my family practiced medicine. It was never in my realm of understanding or dreaming.”

After that encounter, Rosenfeld gradually became interested in medicine. Born and raised in a Jewish household on Long Island, Rosenfeld’s parents encouraged her academic interests. “My parents truly did everything they could to make the path easier for me and my brother. They sacrificed to send me to medical school.”

Rosenfeld’s father once heard Doris J.W. Escher, MD, FHRS, speak and asked if he could arrange a meeting with Escher and his daughter. “He drove me to Montefiore Hospital in the Bronx so that I could talk to her.” Escher was one of the first women involved in the emerging field of cardiac electrophysiology and the first female president of the Heart Rhythm Society.

As a teenager, Rosenfeld was diagnosed with an autoimmune disorder known as Graves’ disease. At 16 she was taken to Cornell Medical Center for surgery where she met Connie Guion, MD — a medical pioneer and the first women appointed to a prestigious faculty position at Cornell.

When by her asked about her career aspirations Rosenfeld said, “I think I want to be a doctor.”

Guion replied, “Don’t say you think you want to be a doctor, say you will be.” After the surgery, she found flowers on her bedside table from Guion.

Rosenfeld graduated from Cornell University Medical College in 1976, achieving her goal of earning a medical degree. While she was applying for a residency position at New York Hospital-Cornell Medical Center, the program only had one “designated” spot for women. An advisor told her that another classmate had already been selected because she was matching with her fiancé, but she applied and was accepted.

Despite these setbacks, Rosenfeld successfully completed her residency and internship at Cornell Medical Center. In 1979 Rosenfeld was accepted at Yale as the first female cardiology fellow. Two years later, she had the opportunity to study the relatively new subspecialty of cardiac electrophysiology with William Batsford, MD. Rosenfeld was the first fellow to participate in the program. “The thing that made me fall in love with electrophysiology was that it was very logical,” she recalled. Rosenfeld became an associate professor of medicine in cardiology in 1982 and subsequently received a joint appointment in the Department of Pediatrics. She was promoted to professor in 2015 and has continued to distinguish herself in a male-dominated field.

She has served as the Director of the Clinical Cardiac Electrophysiology Fellowship Program since 2009, has been the Medical Director of the Yale New Haven Health Heart and Vascular Center Anticoagulation Clinic and Firm Chief of the Goodyer Teaching Service since 2012.

Earlier this year, Rosenfeld received the Teacher of the Year Award in recognition of her impact as a medical educator. The award was renamed in her honor. Barry Zaret, MD, the former Chief of Cardiovascular Medicine, recollected her commitment to excellence, exemplary service, and dedication to her patients. “Lynda began her Cardiology Fellowship in July of 1979. She was the first woman to enter the program, which at the time consisted of about 10 faculty based at Yale and the VA. From the outset, Lynda was recognized for her enormous intellectual capacity, depth of knowledge, commitment to patient care, her empathy, and commitment to clinical education.”

Rosenfeld has witnessed remarkable changes over the duration of her professional career.

In a few decades, technology has led to more robust treatment in cardiac electrophysiology. “When I was a fellow early in my career only surgeons put in pacemakers and there were no defibrillators or ablation procedures."

The first implanted cardioverter-defibrillators (ICDs) were not approved by the U.S. FDA until 1986. At the time, ICDs were implanted in the abdomen and required an entire surgical team. “When I was training, it was mainly descriptive. You could figure it out, but there weren’t a lot of things you could do. You could give people medicine, but that was basically the only option.” Now there are so many more options

Rosenfeld plans to retire at the end of this year. While on sabbatical, she will continue to teach and mentor medical students and fellows. “I wake up every day and I want to do something good. If you don’t give forward by helping the field grow and training people then you haven’t done your job,” she said. 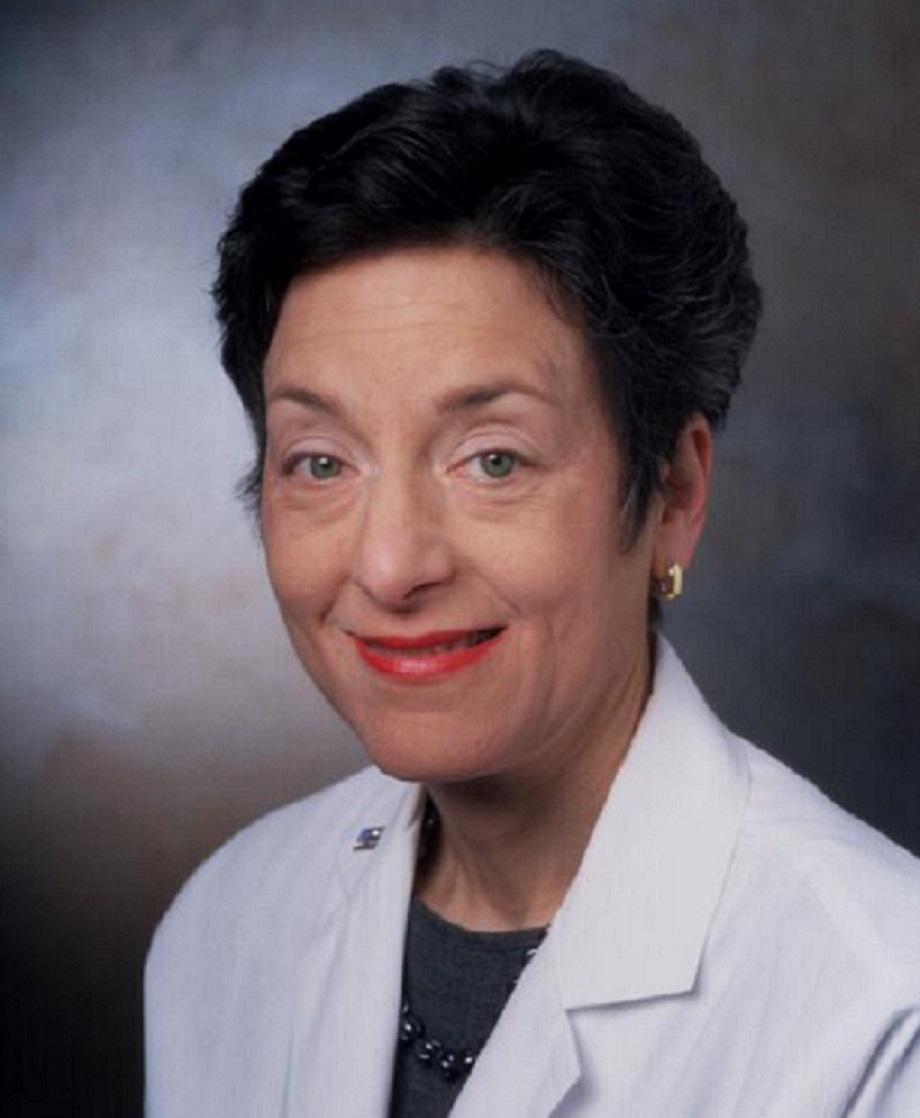 “Looking back two things have become clear to me over the last few months. I’ve been involved in people’s lives for 30 years, and I’ve tried to go the extra mile to be a good doctor and to truly care for my patients. And the other is that the people I work with they're amazing, they're truly amazing, and that's made it possible for me to take care of patients the way I want to take care of them. And it wouldn't have been possible without them. As I've been saying goodbye to people, I have had an ever greater understanding of the importance of having strong teams, people you can rely on and trust at all levels, who consistently go beyond what they are required to do. I've been blessed to be able to work with those people.”

Although today more women are pursuing careers in academic medicine, there are still numerous challenges that come with raising a family while managing a career. “My job has also been to try and make it easier for the people coming after me to make cardiology, which I've truly loved, more attractive to women. It’s not always easy,” she added. “Women are under unusual pressure to position themselves as strong performers and demonstrate their capacity to do the same job as well as — or better than their male counterparts. An organization that has people with different perspectives clearly is richer than an organization that doesn't,” she said.

Thinking back to medical school, the female students were at a disadvantage. With only a dozen women in a class over 100 male students, there were no separate lockers for women. “When I was a first year medical student, they allowed us to go see patients on the floor and they wanted us to be dressed appropriately, so they sent us a reminder to 'please wear your white coats and a tie.' So, the women in my class showed up wearing ties. You do have to treat things with a little bit of humor.”

Throughout her career, Rosenfeld was often not recognized to be a physician and was mistaken for other members of the medical team. “I'll never forget one time after I explained a complicated procedure to a patient. I did the procedure and went back to see the patient and they asked, ‘When am I going to see the doctor?’ That's one of the reasons I tell fellows and junior women faculty to be sure to introduce themselves as “doctor.”

Essential components for success are sponsorship and mentorship. Things that are harder for women and underrepresented minorities in medicine to achieve. “People gravitate to mentors that are in some way like them. It's not just true of women. Even though our fellowship program has demonstrated major improvement,” she added.

“Progress had been made since I was in medical school, but not nearly enough. For around 25 years, at least 50 percent of medical school students have been women.” Why has this not translated into more women in senior leadership roles? The reasons are multifaceted.

“One argument is that there are no women in the pipeline for senior positions, but that argument clearly doesn't hold anymore and there remains a lag in women reaching senior levels in academia.”

The expectations around raising a family and managing a full-time career in academic medicine can seem daunting. Find a supportive partner who shares equal responsibility for the household. “I didn’t get married to my husband until I was 46, and I didn’t realize how hard it was until I got married. I've been incredibly fortunate to have an amazing husband and partner who has done more than his fair share of the work in maintaining our life.”

As her career advanced, Rosenfeld took on greater responsibility. Her husband shared strategies from the business sector, particularly around negotiation.

“There has to be a balance. As you rise through the ranks, you have to have one arm being pulled up by the people ahead of you, and one arm reaching down to pull up the people behind you. That's the only way an organization is going to function to its maximum. You also have to have role models, figures you can look to as examples and leaders — both men and women — who can give you different perspectives on your career,” she adds. Finally, “do what you love and do it to the best of your ability. You have to have attention to detail. Be compassionate.”

Submitted by Elisabeth Reitman on October 01, 2020