PHATED to Be: Yale Researchers Give Shape to Big Data 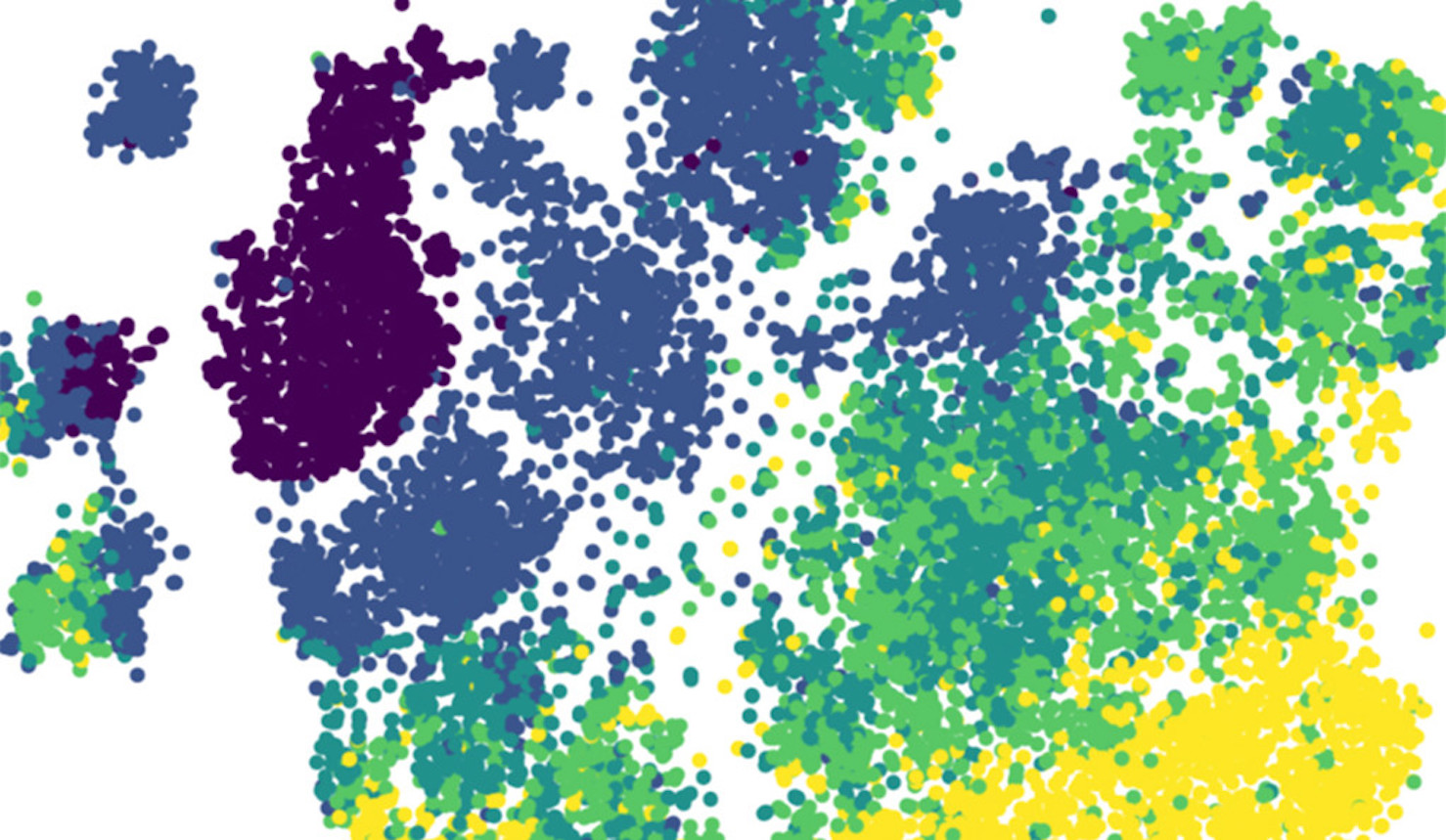 Scientists now have the ability to collect massive amounts of data on life’s most fundamental processes, such as the intricate choreography whereby a handful of embryonic stem cells give rise to trillions of specialized cells throughout the human body. But data doesn’t always translate into knowledge unless the relationship of recorded data points can be presented in accurate, meaningful and visible ways.

The lab of Yale’s Smita Krishnaswamy, associate professor of genetics and computer science, has developed a new algorithm called PHATE that overcomes many of the shortcomings of existing data visualization tools, which are more susceptible to noise and distortion in the relationship of data points.

The panel above shows how PHATE visualizes the differentiation of human embryonic stem cells into neuronal cells, neural stem cells, cardiac cells, and endothelial cells, as compared to the visualizations created by three other technologies. A cleaner, more detailed representation is helpful, for example, for generating promising new hypotheses.

The researchers’ work is described Dec. 3 in the journal Nature Biotechnology.

Submitted by Robert Forman on December 06, 2019