Eve Ensler, the Tony Award-winning playwright of “The Vagina Monologues,” says humans have a superpower so great it can conjure the dead and burn away cancer: It is our imagination. 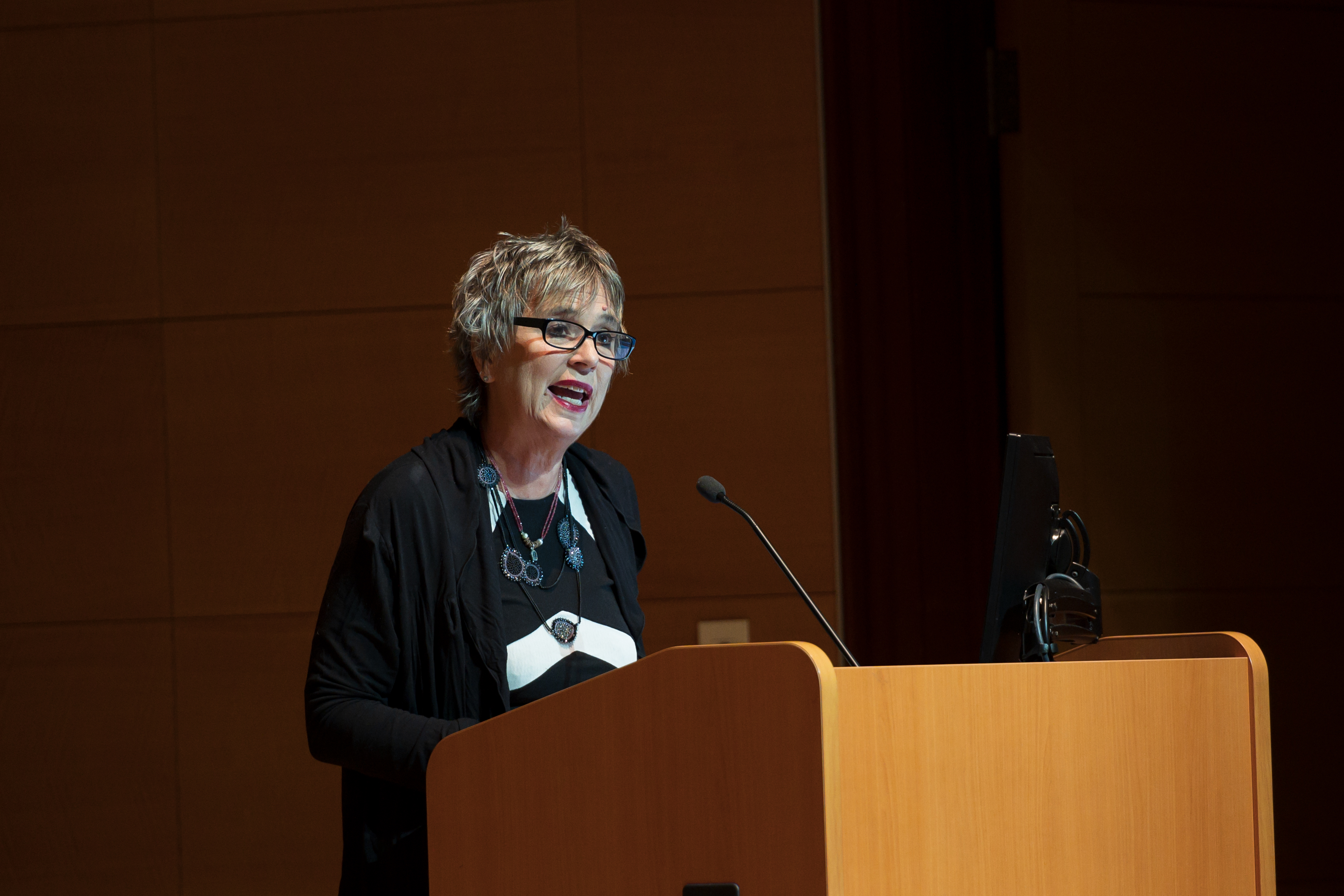 Ten years ago, when she was diagnosed with stage-three uterine cancer, Ensler imagined the chemotherapy burning away her childhood of sexual violence. When she yearned for an apology from her father, who for 13 years sexually violated and brutally beat her, she invented his apology by writing it to herself in a book called “The Apology.” When Ensler was invited to the Democratic Republic of the Congo by Nobel Peace Prize winner Dr. Denis Mukwege, she bore witness to sexual terrorism that had been targeting women for decades. She imagined (and then co-founded) a sanctuary for survivors called City of Joy where dance, improvisation, art, self-defense, and therapy are parts of a six-month healing program.

Ensler, the founder of One Billion Rising — the largest mass-action campaign to end gender- based violence — says the most important thing communities can do to support women’s mental health is believe them when they speak out. Ensler’s keynote was part of the nation’s first academic mental health conference dedicated to women. The event, held Oct. 25, was conceived and organized by Yale Department of Psychiatry residents, Sofia Noori and Stefanie Gillson. 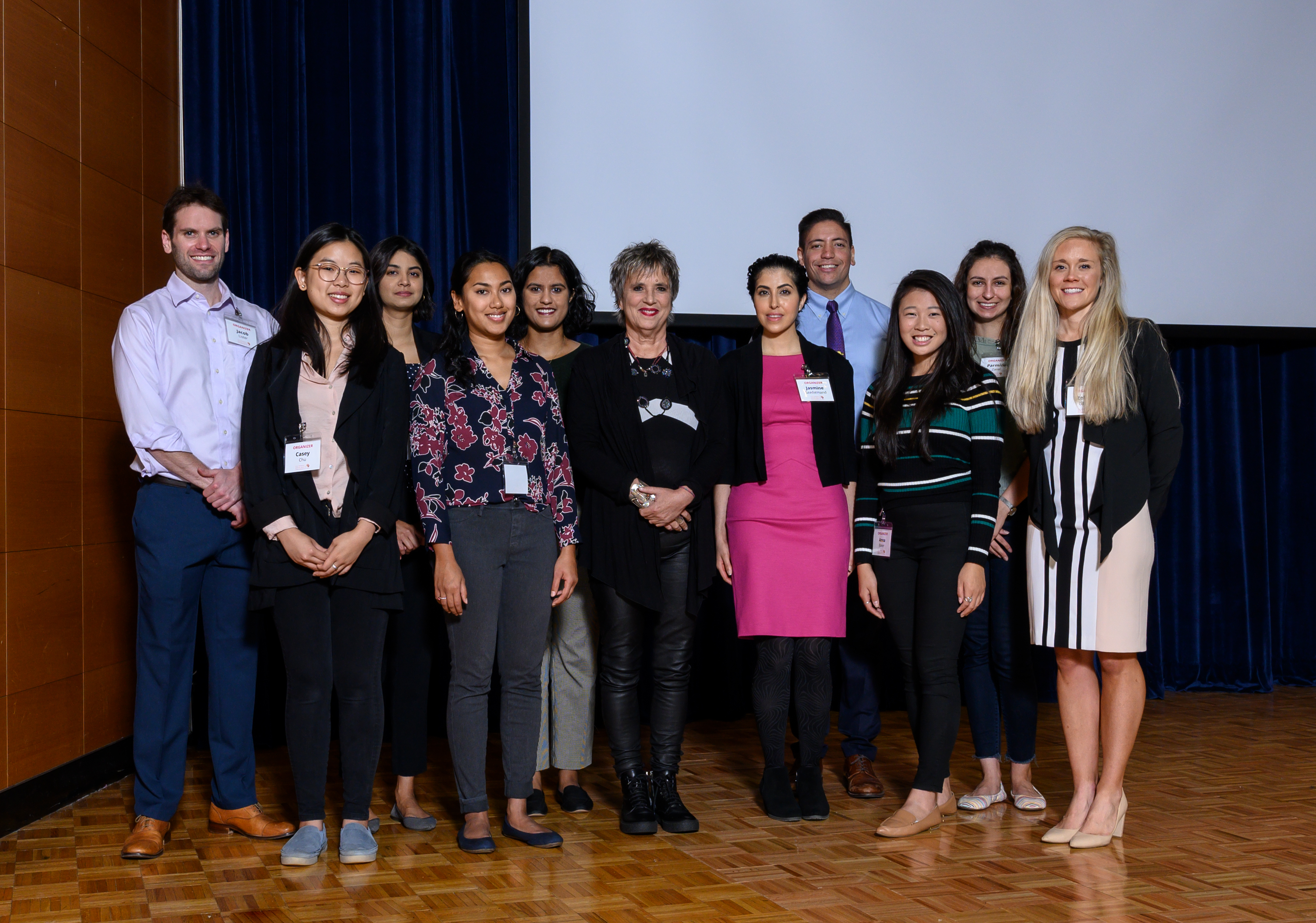 Her talk, titled “Women: Moving from Surviving to Thriving,” centered on a statistic from the World Health Organization: One out of three women experiences physical or sexual violence in her lifetime. “In many ways it is the mother issue which underlies everything and it is still often invisible in both the understanding and the treatment of women,” says Ensler.

When women report cases of abuse, she told the audience, they fear they will not be believed. She cited high-profile cases in which political leaders have been publicly accused of sexual misconduct with little to no consequence as examples of why women’s mental health cannot be separated from the political reality. When women are ignored, “these injustices signal that their lives do not matter, that safety for them does not matter, that their experiences do not matter,” she said.

Speaking to an auditorium full of practitioners whose lives revolve around serving women, some of whom have fallen victim to physical and sexual assault, Ensler described the process of healing that brought her the most freedom — imagining and then writing an apology from her abuser. “I learned that an apology is a process, a sacred commitment, a wrestling down the demons, a confrontation with our most concealed and controlling shadow.”

According to Ensler, an apology must happen in four steps: Offenders must first be willing to question why they permitted themselves to commit the crime. The second stage is creating a detailed admission of what they have done. The third is opening their heart and allowing themselves to feel what the victim felt while the offenders were abusing them. Then they must take responsibility for their actions, making amends or providing reparations.

When asked about her solutions for gender-based violence, Ensler conjured the vision of a future in which perpetrators change by going through a two-year apology process with clergy and therapists. After they complete each of the four steps, they would go in front of a panel of their community consisting of legislators, doctors, social workers, and artists. The perpetrator would apologize to the victim and, if the panel and victim find the apology thorough, the offender would be freed.

“We don't teach our children how to apologize,” Ensler said. “Particularly our boys.” Apologies are essential, she said, because survivors are always haunted by the why, frozen in self-loathing and blame. Ensler called on attendees to create the spaces and political cultures in which women can speak.

“What most women want is a safe place where they can rage and mourn and scream and yell and release,” Ensler said. “What most women want is to understand that they are part of a community and that what happened to them is not an isolated incident because they were wrong or terrible or bad but, in fact, because violence is a systemic reality that a billion women suffer from.”