Further details are too be announced. Named Giants of Yale Cardiovascular Medicine lectureships include:

“We are thrilled to initiate this long overdue honorary lectureship series and welcome internationally recognized leaders in Cardiovascular Medicine to join us as Visiting Professors as we celebrate the accomplishment of these icons at Yale and in our field,” said Eric J. Velazquez, MD, Robert W. Berliner Professor of Medicine (Cardiology) and section chief.

Narula is the former Editor-in-Chief of the Journal of American College of Cardiology: Cardiovascular Imaging. He is involved in population-based heart attack prevention programs. He has served on the Advisory Council on Global Prevention of Cardiovascular Diseases of the Institute of Medicine of the National Academies of Sciences.

He has also been recognized by the American College of Cardiology with the Best Educator award.

A Lifetime of Clinical and Academic Excellence at Yale

As the former section chief in the Section of Cardiovascular Medicine, Lawrence S. Cohen, MD, the Emeritus Ebenezer K. Hunt Professor of Medicine, oversaw the early growth of cardiac catheterization, coronary arteriography and coronary care for patients at Yale New Haven Hospital. He initiated the Yale trials comparing medical cardiac treatment and bypass surgery in patients with stable angina pectoris. He then led the Yale trials of thrombolytics in unstable angina and myocardial infarction and laid the foundation for much of the subsequent clinical trials research in the section.

Cohen, an accomplished teacher, started and for 39 years led the medical student course in cardiac auscultation, “Learning Heart Sounds”. He is a recipient of the Francis Gilman Blake Award of the Yale School of Medicine for Outstanding Teaching of the Medical Sciences. He is the past president of the Association of University Cardiologists, and past president of the Interurban Clinical Club, founded by William Osler in 1905. He also chaired the Clinical Trials Review Committee of the National Heart, Lung, and Blood Institute for two terms. 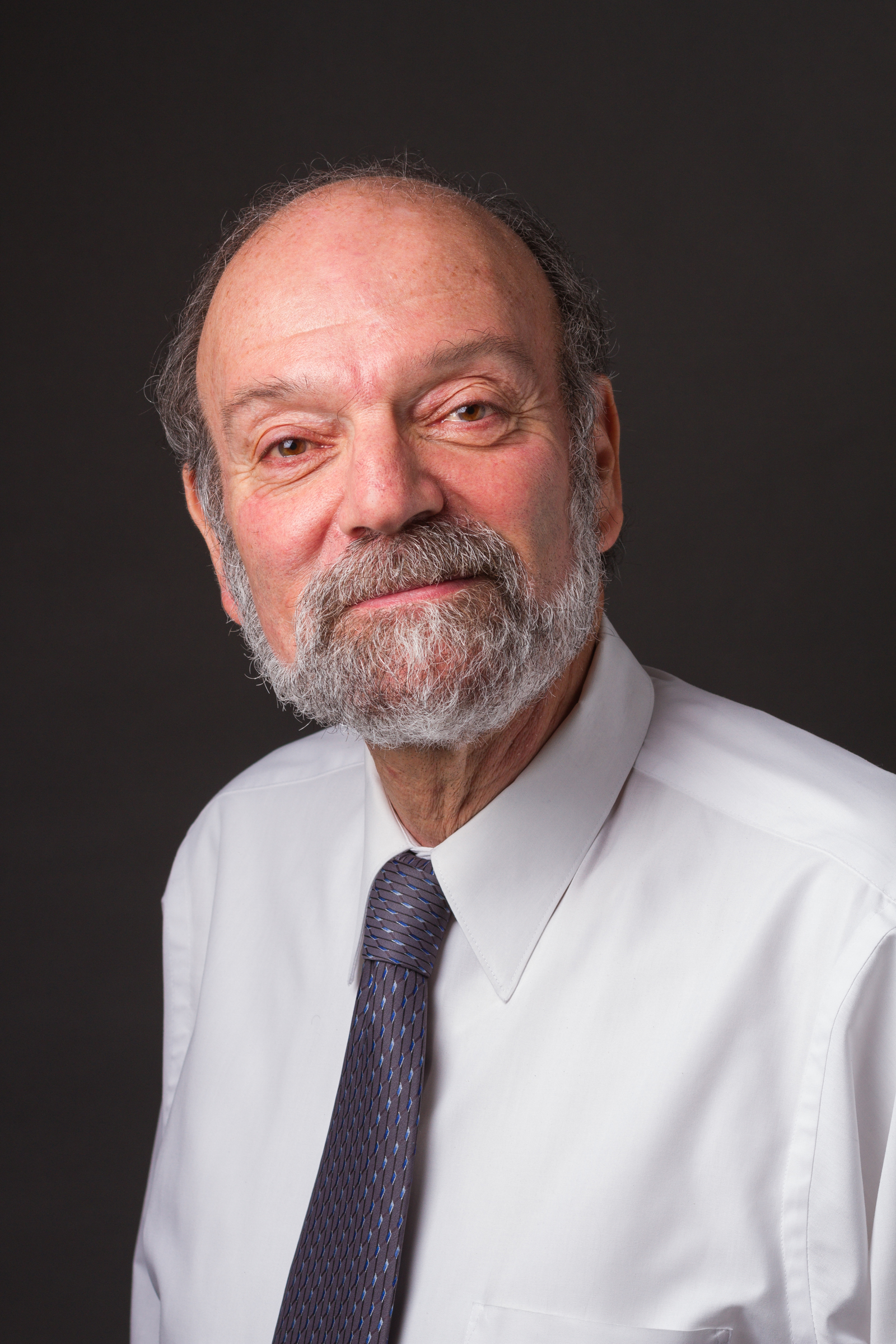 Cohen’s successor, Barry L. Zaret, MD, the Emeritus Robert W. Berliner Professor of Medicine, was appointed chief of cardiology in 1978, a position he held until 2004. Zaret is the founder of the field of nuclear cardiology and has contributed immensely to our understanding of coronary blood flow physiology, ventricular function, management and risk assessment of cardiovascular disease, the development of core laboratories for large clinical trials, and the development of molecular imaging.

He was the founding editor-in-chief of the Journal of Nuclear Cardiology, a position he held for twelve years. His textbook “Clinical Nuclear Cardiology: State-of-the-Art and Future Directions”, co-edited with Dr. George Beller, is the preeminent textbook in the field. He served as President of the Association of Professors of Cardiology, an organization he helped found. Zaret continues as a member of the full-time faculty. 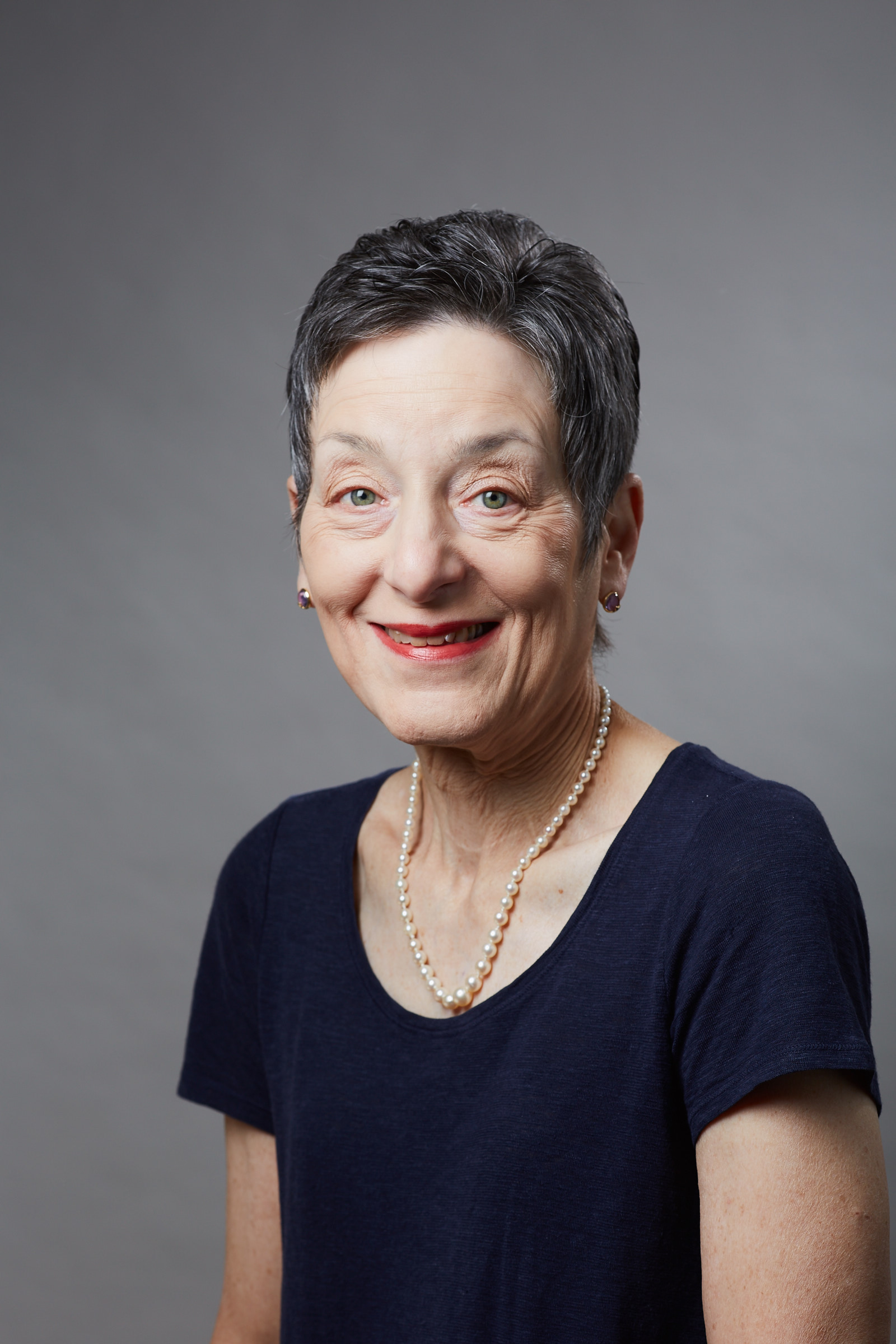 Rosenfeld was later appointed as an associate professor of medicine in cardiology in 1982, subsequently received a joint appointment in the Department of Pediatrics and was promoted to professor. For many years she served as the Director of the Clinical Cardiac Electrophysiology Fellowship Program and the Medical Director of the Yale New Haven Health Heart and Vascular Center Anticoagulation Clinic and Firm Chief of the Goodyer Teaching Service.

“Looking back two things have become clear to me over the last few months. I’ve been involved in people’s lives for 30 years, and I’ve tried to go the extra mile to be a good doctor and to truly care for my patients. And the other is that the people I work with they're amazing, they're truly amazing,” she said. “My job has also been to try and make it easier for the people coming after me to make cardiology, which I've truly loved, more attractive to women.” 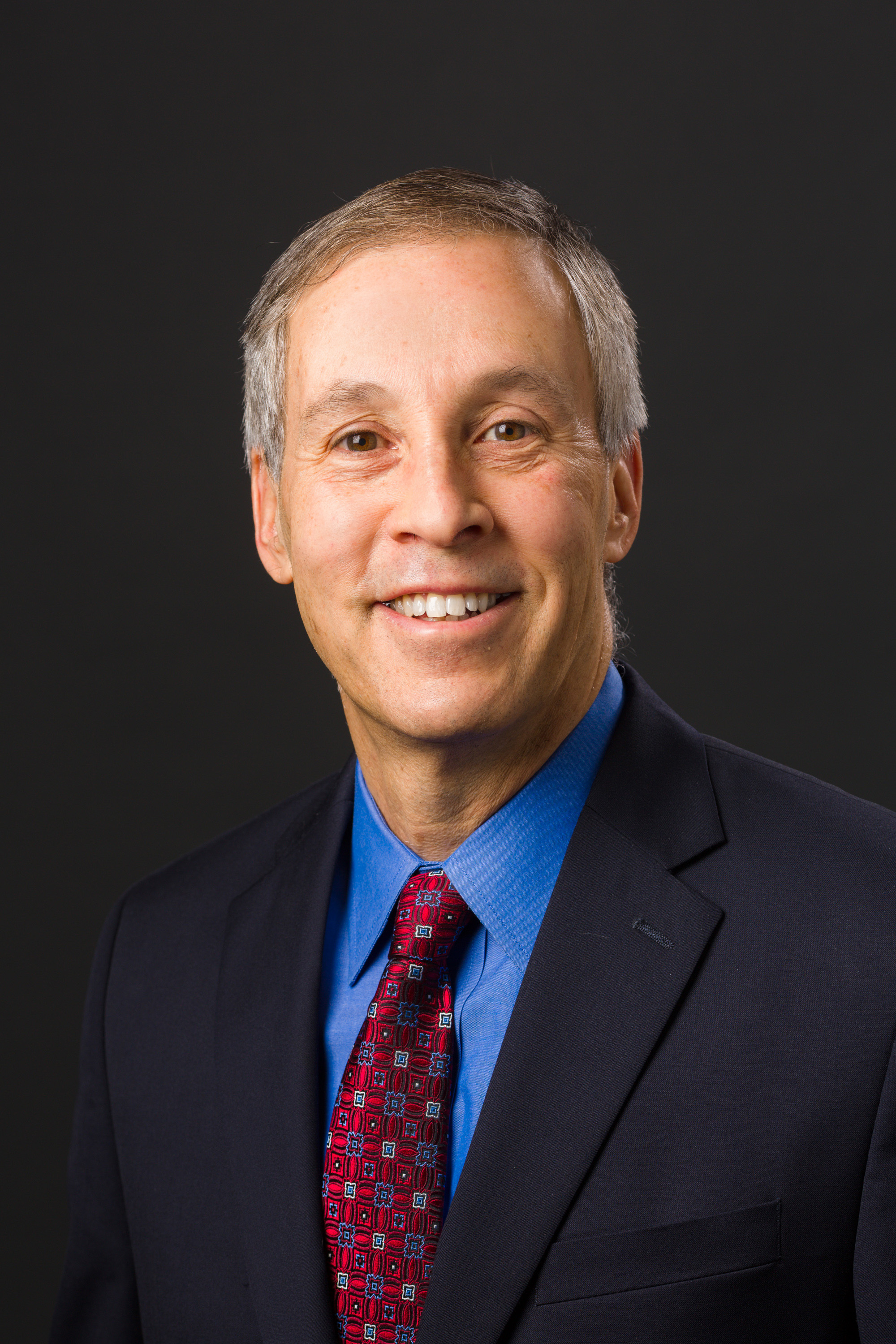 Professor Emeritus of Medicine Henry Cabin, MD, is the former interim chief of the Section of Cardiovascular Medicine. Cabin is an interventional cardiologist with decades of experience performing cardiac catheterizations, angioplasty, and stenting procedures. Together with Michael Cleman, MD, he launched the angioplasty program in the 1980s.

“I’ve had the privilege of being here during some of the biggest advances in cardiac care,” he said. “What has always been incredible to me about cardiology is how instantly gratifying it can be. A patient comes to the hospital with advanced disease in which an artery is closed, and a heart is barely beating, but you can treat them and two days later, they are fine. I love that we can make a diagnosis, fix it, and patients get better.” 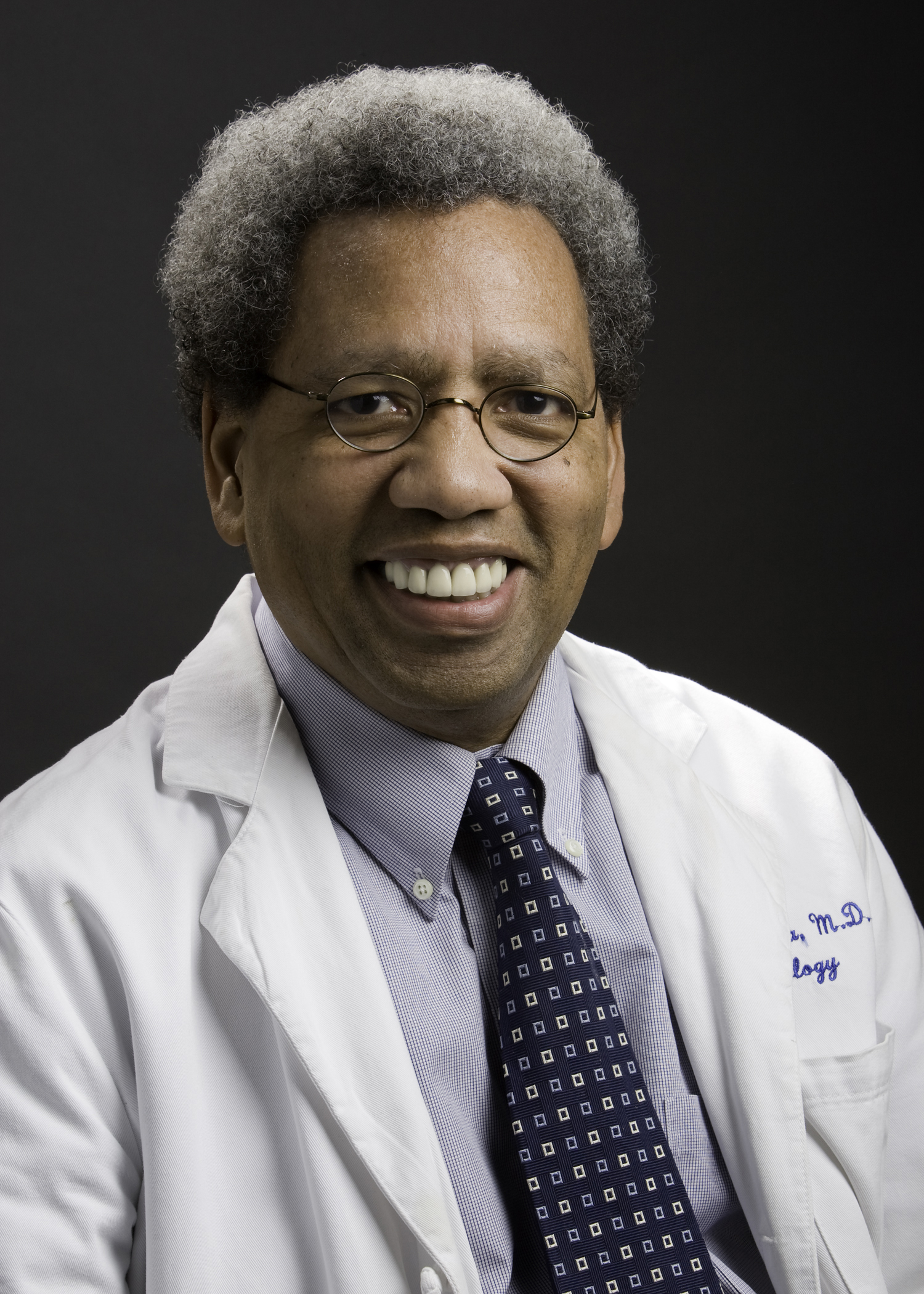 Lee has served as Medical Director of the Yale New Haven Cardiac Transplantation and Heart Failure Program and acting Chief of Cardiovascular Medicine. He was the Associate Dean of the Office of Multicultural Affairs at Yale School of Medicine. During his career, he became the first associate dean for multicultural affairs, now the Office of Diversity, Equity & Inclusion, where he advanced educational opportunities for minority students and faculty. In this role, for twenty years, he led two NIH and foundation-funded Yale summer programs to support entry of college students into medical and science careers, a summer course for prospective students who are typically underrepresented in medicine.

“These were all students who are underrepresented in medicine. We give them the opportunity to come to Yale and experience what it's like to study and progress in a community that is very supportive and very much cheering on their behalf to do well in their lives,” he said. These efforts have enabled hundreds of minority students to enroll in MD/PhD programs and pursue fulfilling careers.

Lee has published articles in the fields of heart failure, transplantation, methods of cardiac imaging and health disparities. He has developed programs to increased diversity among students and faculty and to improve the opportunities for underrepresented minority students to pursue careers in biomedical science. He is the principal investigator on major grants from the National Institutes of Health and the Robert Wood Johnson Foundation. He is also the co-author of a book about the first person of African descent to graduate from an Ivy League institution called A Noble and Independent Course, the Life of the Reverend Edward Mitchel. 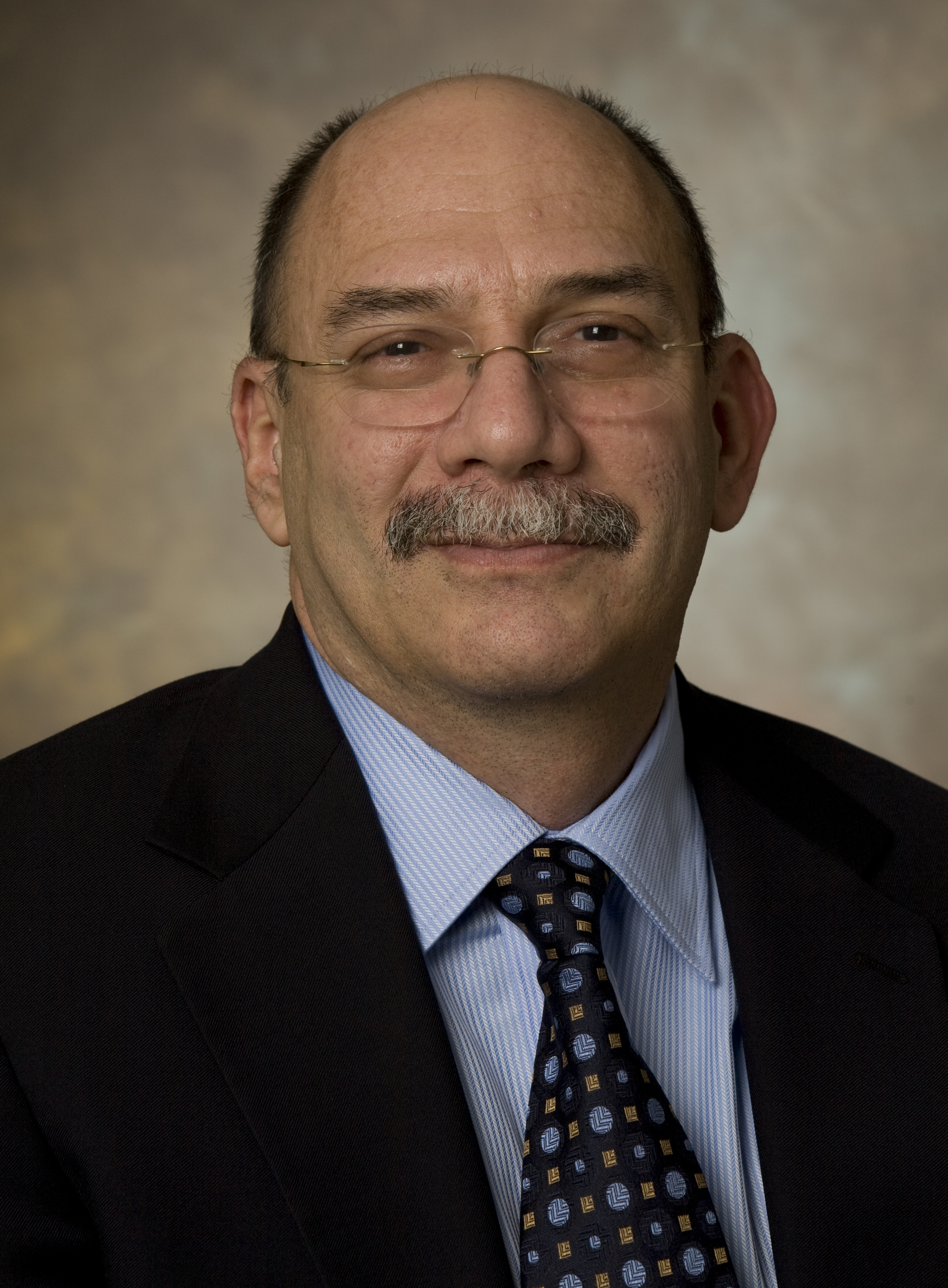 Michael Cleman, MD, attended medical school at Johns Hopkins University and completed residency at the University of Florida followed by fellowship training in cardiovascular medicine at Yale. Cleman joined the faculty in 1982 as an instructor and was later promoted to professor in 1992 and remains clinically active.

He has been involved in the original studies and applications of novel technologies such as coronary stents, rotational atherectomy, and intravascular ultrasound including the (Stent Restenosis Study) STRESS and SIRIUS (SIRolImUS-coated Bx Velocity stent in the treatment of patients with de novo coronary artery lesions).

Cleman has authored over 120 peer-reviewed publications.

Submitted by Elisabeth Reitman on March 14, 2022