Children from low-resource countries face a critical barrier to medical treatment: a lack of pediatric radiologists who can clarify diagnoses so the children receive appropriate care.

In those parts of the world that are short of qualified medical staff, radiologists, and especially pediatric radiologists, are rare. Most countries in Africa have fewer than 30 radiologists, and 14 have none, according to a 2016 article in Pediatric Radiology. To address this shortage, the World Federation of Pediatric Imaging (WFPI), founded in 2011, created a pro-bono second-opinion teleradiology outreach team to assist referring physicians.

Cicero Silva, MD, chief of pediatric imaging in the Department of Radiology & Biomedical Imaging at Yale School of Medicine, led this outreach team for four years, from 2015 and 2019.

During Silva’s tenure, the majority of cases the team reviewed were from Asia (Laos), and Africa (Mozambique and South Africa) as well as from India, Peru and Jamaica. In that period, WFPI volunteer pediatric radiologists read 668 cases; the median age of patients was 1 year, 4 months.

In addition to teleradiology, the WFPI outreach team engaged in educational missions. Rather than setting up programs from scratch, WFPI adopted what it calls a “bolt on” approach, with Silva helping to identify partnerships. For example, in 2015, partnering with RAD-AID, the WFPI sent a pediatric radiologist from the U.K. to the Lao Friends Hospital for Children, in Laos, to educate pediatricians on the basics of X-ray interpretation, and radiology technologists on radiation safety. From 2014 to 2018, the hospital was responsible for 82% of WFPI’s teleradiology cases. “We were reading 20 cases a day for that site at its peak,” said Silva.

Silva completed his second 2-year term as outreach director in May, when he handed over the committee’s reins to a successor.

“Dr. Silva exemplifies the type of altruistic radiologist who works at Yale,” Rob Goodman, chair of Radiology said. “It is a privilege for many of our attendings and trainees to be able to channel their profound radiological expertise into noble international outreach projects.”

The WFPI was founded by leaders of the world’s regional pediatric imaging societies and considers itself an extension of those societies, partnering with non-governmental organizations such as Doctors Without Borders and RAD-AID, or delivering radiology services directly to health care facilities. In 2016, the WFPI received the American College of Radiology Foundation Global Humanitarian Award.

The WFPI teleradiology consults are made using the Collegium Telemedicus service. Referring physicians upload images that are then distributed to a team of about 40 volunteer pediatric radiologists from around the world. Images can be uploaded and viewed using a webserver. Referrers also can upload images using a smartphone app. “We strive to provide a read in 48 hours, but usually do it in less time than that,” Silva said.

Silva also oversaw a TB hotline expert group. “If there is a case in which either the referring physician or the WFPI pediatric radiologist suspects tuberculosis, the case is flagged and sent to our TB experts, who are notified by Whatsapp and provide a consensus read on whether the findings might be secondary to TB,” Silva said. 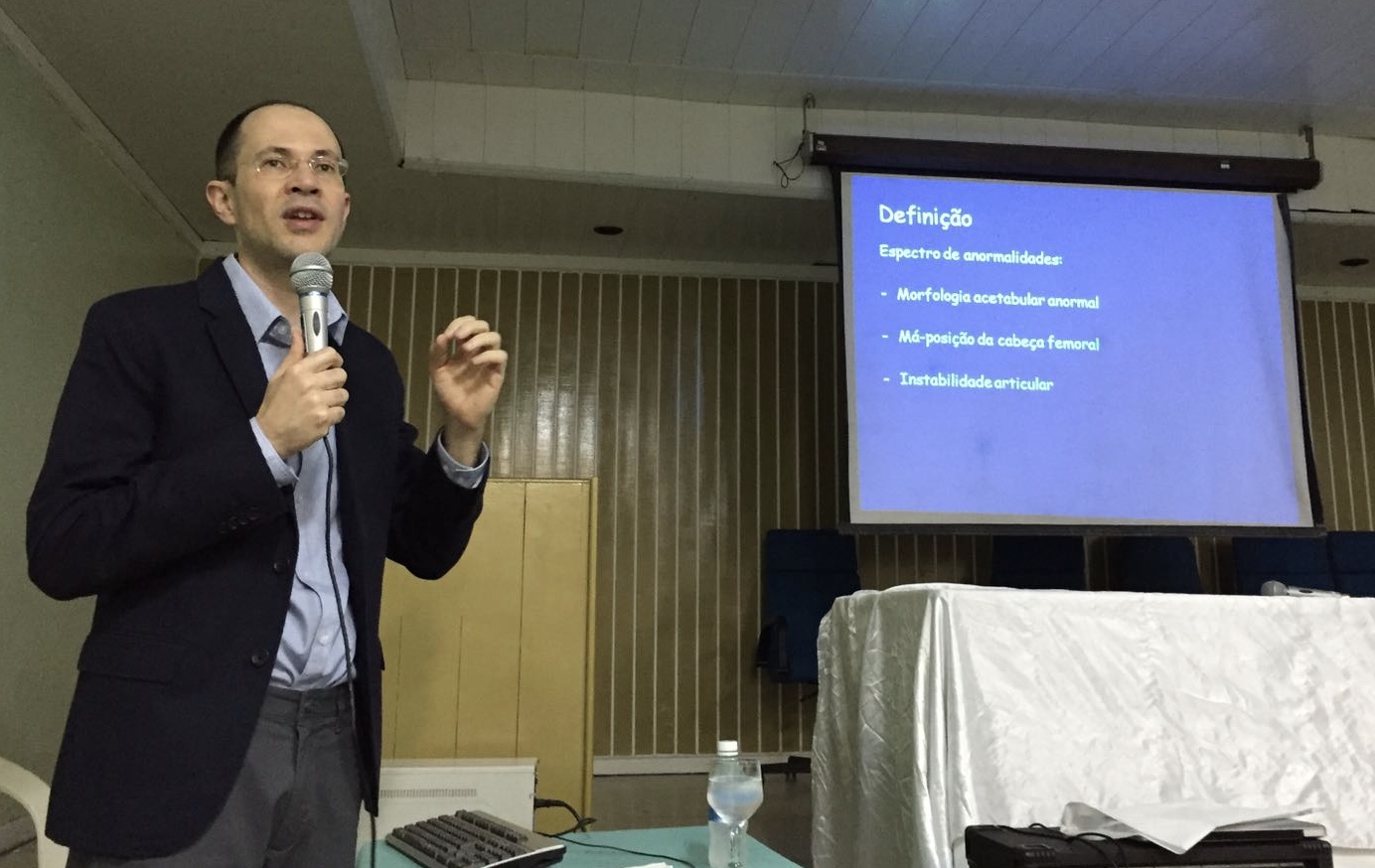 “Belém, a city with 1.5 million inhabitants, has a few radiology residency programs but no dedicated pediatric radiology expertise,” Silva said. “Our host was a local radiologist who organized a symposium on pediatric imaging, attended by radiology residents and pediatricians from Belém’s major hospitals, as well as community radiologists from throughout the state who traveled as far as 600 kilometers to attend,” he said.

“Over two days we lectured on pediatric-specific ultrasound topics and tutored attendees on hands-on practice sessions. We plan to return to Pará in the future and deliver a similar symposium in Santarém, a city of nearly 300,000 inhabitants, the largest in Pará State outside of metropolitan Belém,” he said.

Another mini-fellowship was established at St. Luke’s Medical Center in Manila, the Philippines, while a fourth mini-fellowship is planned for the Hospital de Pediatria Garrahan in Buenos Aires, Argentina.

Each mini-fellowship includes a stipend for the fellow and a small contribution to the institution.

“The idea is that these mini-fellowships will run every year and be sustainable through donors,” Silva said. “We started working on this last year and it has begun bearing fruit.”

Submitted by Angel Machon on September 26, 2019