Deborah Carocari was only 36 when she was diagnosed with a rare form of advanced but low-grade ovarian cancer. At that time she received a prognosis of several months to a year from her physician, Peter Schwartz, MD, now the John Slade Ely Professor of Obstetrics, Gynecology, and Reproductive Sciences and Vice Chair, Gynecology. Debbie went on to defy those odds and battle the cancer for the next two decades. Although she ultimately succumbed to the disease, a generous gift from her estate is now making possible further ovarian cancer research by Dr. Schwartz. 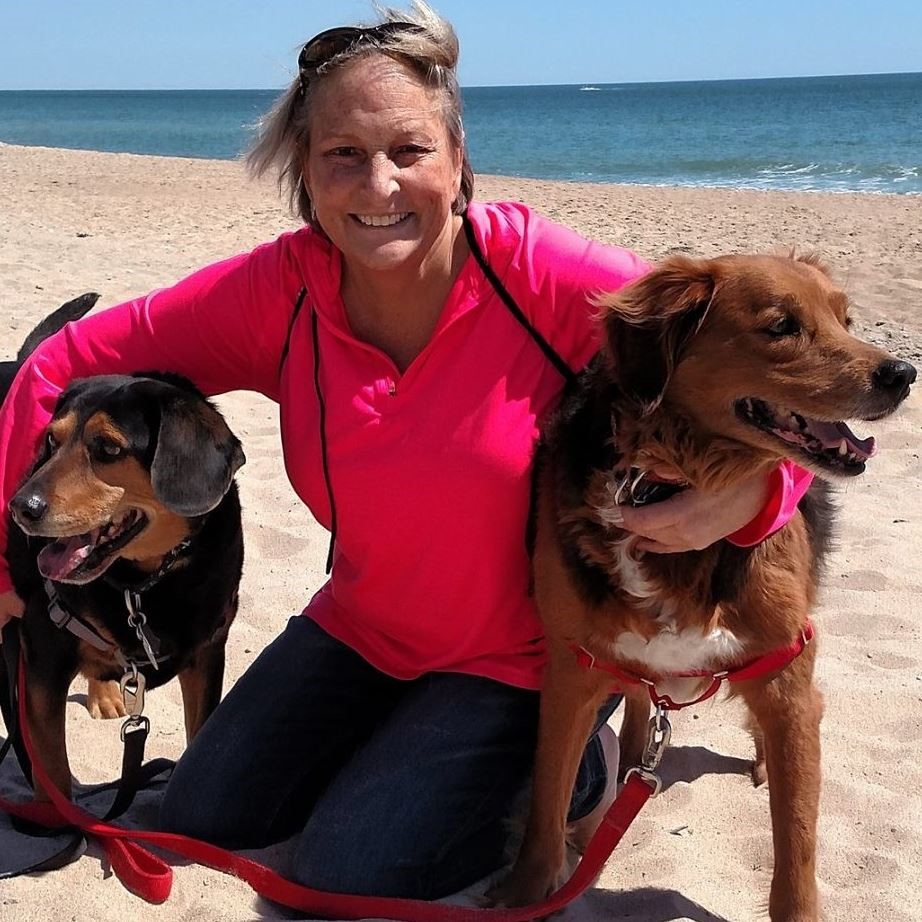 “Debbie was a remarkable person—an amazing fighter,” recalls Dr. Schwartz, who performed her original surgery and managed her ongoing treatment. Debbie’s brother, Doug Carocari of North Stonington, CT, says she had a “great affinity” for the Yale Cancer Center and that Schwartz’s team of medical professionals were like a second family to her. “The entire staff at our clinic came to know Debbie well and loved her,” Dr. Schwartz says. “She was a tremendous individual and special human being who touched everyone she met.”

Born on the East Coast and raised in Kansas, Debbie relocated back to Connecticut in the late 1980s to care for her grandparents (remaining a devoted fan of the Kansas City Chiefs). After living in Southington, CT, she spent her final years in Westerly, RI. An IT project manager with a degree in project management, Debbie worked for many years for DXC Technology in Norwich, CT, supporting engineers on technical projects for General Dynamics Electric Boat based in Groton. She subsequently worked for Voya Financial in Windsor, CT.

“Debbie did not let the disease define her or limit her activities,” says Carocari. “Her mind and body fought the cancer very well up to the last four to six months.” Never one to complain about the side effects of her treatment, she largely led a normal life, enjoying hiking with her two dogs and travelling—to Ireland, Alaska, Hawaii, and the Caribbean.

Carocari says those who knew Debbie were surprised to learn about her illness. “If you had met her only four months before her death you would not have known she had cancer,” he says. She worked full time up until eight weeks before her passing on April 13, 2019, at the age of 56.

In her will, Debbie made provisions for a substantial gift to Dr. Schwartz’s endowed fund to support ovarian cancer research, as well as women’s health research and the study of patients who have beaten or are in remission from gynecologic cancer. The support will also be used to host an annual lectureship that brings an outstanding speaker in ovarian or gynecologic cancer research to Yale. She deemed that the proceeds from the sale of her house constitute the gift, which exceeded $200,000. The institution was far and away the largest benefactor of her estate.

“A quiet but confident and caring person, my sister always looked out for others, even when her own situation was far worse,” Carocari says. “She provided a lot of inspiration to many.”

“Ovarian cancer is one area where we have made a lot of progress in keeping people alive longer,” says Hugh Taylor, MD, Chair of Obstetrics, Gynecology, and Reproductive Sciences. “This is especially significant for a disease with one of the highest mortality rates among gynecological cancers. We are honored that Ms. Carocari recognized the School of Medicine and Dr. Schwartz with this gift, to support him and his work.”

An international leader in ovarian cancer, Dr. Schwartz has invented treatment regimens and identified therapies that preserve the fertility of younger women with this disease. He started one of the nation’s first ovarian cancer screening programs,the Yale Early Detection Program for Ovarian Cancer, and made developments in neoadjuvant chemotherapy that is administered prior to surgery.

“Dr. Schwartz’s ongoing research and mentoring of younger faculty members is vitally important to us and our patients,” Dr. Taylor says. “There is no program where such a gift would have a bigger impact on cancer research and women’s health, and we are grateful to honor Ms. Carocari’s legacy with our continued efforts.”