After 19 years, John Curtis is retiring from Yale Medicine magazine, where he started as staff writer before becoming editor of the magazine. He leaves behind an enduring legacy of journalistic excellence with the award-winning publication he helped shape.

Former editor Michael E. Fitzsousa hired Curtis as staff writer for Yale Medicine in 1998, having worked with him at the Waterbury Republican-American, a daily newspaper in Waterbury, Connecticut. A graduate of Columbia University’s Graduate School of Journalism, Curtis had written and photographed for several newspapers as a freelancer, including the New York Times, Los Angeles Times, and Atlanta Journal-Constitution. Fitzsousa was “enormously impressed” with Curtis’ skills and his “outstanding” ability to ferret out information during a reporting trip to El Salvador for the Waterbury newspaper.

For 12 years, the two collaborated—with Jennifer Stockwell, Cheryl Violante, Claire M. Bessinger-Van Graan, and others—on nearly 40 issues of Yale Medicine. “We complemented each other,” Fitzsousa said. “He’s very good at deadlines and at not overcomplicating things, although he handles complex material expertly.” In 2010, Fitzsousa became director of strategic communications, and Curtis took over as editor. “I built on what Michael had started,” Curtis explained. “Michael deserves a lot of credit for making a professional magazine out of Yale Medicine.”

Under Curtis’ leadership, Yale Medicine has won awards in international competitions. “A top-notch mix of features, departments, photography, and infographics,” the Council for the Advancement and Support of Education wrote when Yale Medicine Magazine won the 2015 Circle of Excellence Silver Award for Special Constituency Magazines (the next year it took the gold). Curtis himself has received several awards—most recently, in 2014, the Will Solimene Award for Excellence in Medical Communication from the New England Chapter of the American Medical Writers Association.

When asked which of the magazine’s achievements he is most proud of, Curtis does not hesitate. “We started to write more about the interesting things the students are doing.” In 2002, changes in the School of Medicine’s curriculum reignited an old debate over the Yale system of medicine education. That controversy led to an article (“Everyone Loves the Yale System. So Why Can’t They All Agree?”). “I talked to all parties,” Curtis said, adding that because the issue was so volatile, he anticipated that the different sides might take issue with elements of the article. “Students were thrilled the issue was covered. Faculty felt the coverage helped advance the conversation.”

Curtis has contributed to or produced 59 issues of Yale Medicine and has contributed more than 400 articles. For his 2008 article “On the Wards of Uganda,” Curtis traveled with Yale physicians, residents, and students to Mulago Hospital in Kampala. His article describes the profound effects that experience had on Ugandan doctors and on Yale physicians and students. He also reported from Saint Petersburg and Tatarstan for a Russia-themed issue in 2003.

“There’s so much good that happens at the School,” said Mary Hu, associate dean for communications and chief communications officer. “What John did exceptionally well… was to encourage and facilitate engagement among alumni, faculty, students, and the public. He provided a bird’s-eye view, a window into the school.”

Curtis also fostered strong collegial connections within the School of Medicine community. “John is as generous of spirit to a new co-worker as anyone I’ve ever known,” said Robert Forman, managing editor of Medicine@Yale, who came to Yale last year. “I’ll try to apply all of John’s generosity of spirit and knowledge. He’ll be an inspiration for me going forward.” 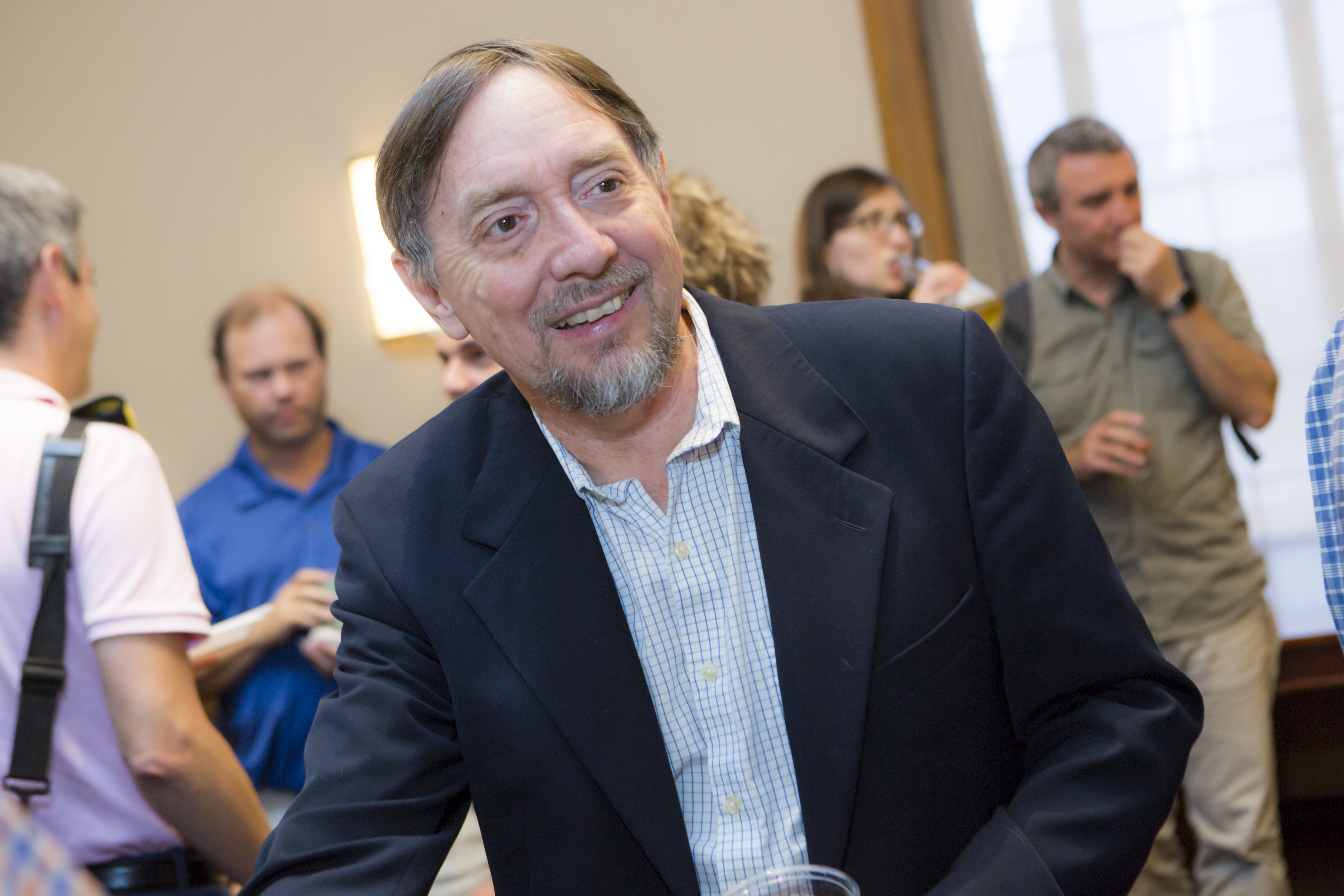 “We’re going to miss him so much,” Hu added. “I’m not saying goodbye.”

Curtis is not saying goodbye either. He and wife Terry Seymour, who teaches Spanish at Yale College, will still be on campus. Curtis will continue to write and photograph for the magazine.

“Whenever the phone rings, I pick up a pen,” Curtis said, noting it was strange to be on the other side of an interview. He developed that pen-fetching habit during his more than 30 years as a journalist—and it’s not one he’s likely to break anytime soon.