Yale School of Public Health Professor Paul Anastas, widely regarded as “the father of green chemistry,” is one of several Yale scientists calling for a fundamental shift in chemical design and engineering to protect the planet—and its inhabitants—moving forward.

If the global community is to sustain a healthy planet and civilization, Anastas and colleagues argue in a paper recently published in the journal Science, the evaluation of new chemical products and processes must extend beyond consideration of function and performance to include their potential impact on human health and the environment. From the moment new chemical compounds and products are designed to their production, use and ultimate disposal, scientists must consider whether they are “depleting versus renewable, toxic versus benign, and persistent versus degradable,” the authors said.

Anastas, the Teresa and H. John Heinz III Professor in the Practice of Chemistry for the Environment and director of the Center for Green Chemistry and Green Engineering at Yale, took some time recently to elaborate on the paper’s primary message.

From production of electric cars to the use of biodegradable plastics, innovations through green chemistry and green engineering have made important contributions toward a healthier planet. Your paper says an even greater emphasis on green chemistry is needed for a sustainable future. Can you explain?

PA: The challenges posed by our unsustainable products, processes, and systems are vast and ubiquitous. While green chemistry and green engineering are demonstrated success stories that have shown environmental, economic, and societal achievements across every industry sector over the past two decades, that is different from saying that it is being implemented systematically. All of the successes of green chemistry are still a small fraction of the power and potential of this field to move us toward a more sustainable civilization. In the absence of this widespread adoption, the sustainability challenges of climate accessible water, biodiversity, food security, etc., cannot be adequately addressed.

Traditionally, the chemical sector has adopted an isolated, reductionist strategy in addressing environmental challenges (e.g. greenhouse gas emissions, energy and water consumption, etc.) You say that approach needs to change. Can you elaborate?

PA: In traditional approaches to design—whether it be cars, electronics, plastics, or paints—we focus on fairly narrow definitions of performance. And historically, we have designed products that have often worked well for the narrow function, e.g., lead paint, but caused unintended consequences. In order to avoid this in the future we need to think more broadly about not just narrow, specific performance but also the effect that a product or process may have on the environment, the worker or the consumer. This will require a more diverse disciplinary skill set than only mechanical engineers for example.

How can green chemistry and green engineering benefit the chemical sector’s business model?

PA: Every material has properties and it is we, as designers, that make them do as we wish. Green chemistry has shown the way in making safety and sustainability synonymous with profitability in everything from medicines to energy to food production.

Today’s chemical industry relies almost exclusively on oil, gas, and coal as sources of carbon, in what is sometimes referred to as the “petroleum tree.” Shifting to a production chain based on non-fossil carbon sources and renewable energy, as you suggest, would be an industrial revolution in chemistry. How would that new process work?

PA: Nature has given us renewable materials more plentiful than all the output of every petrochemical refinery combined. Taking nature’s elegance and converting it into useful products will not merely be profitable but also be more sustainable. This is already happening. Frankly, the biggest hurdle is not economic or regulatory, it is simply ignorance of what is already possible today and lack of awareness of what is possible in the immediate future.

Can you provide some examples of how green chemistry and green engineering are already reshaping our future?

Professor Anastas is credited with establishing the field of green chemistry while working for the U.S. Environmental Protection Agency as the chief of the Industrial Chemistry Branch and as the director of the U.S. Green Chemistry Program. 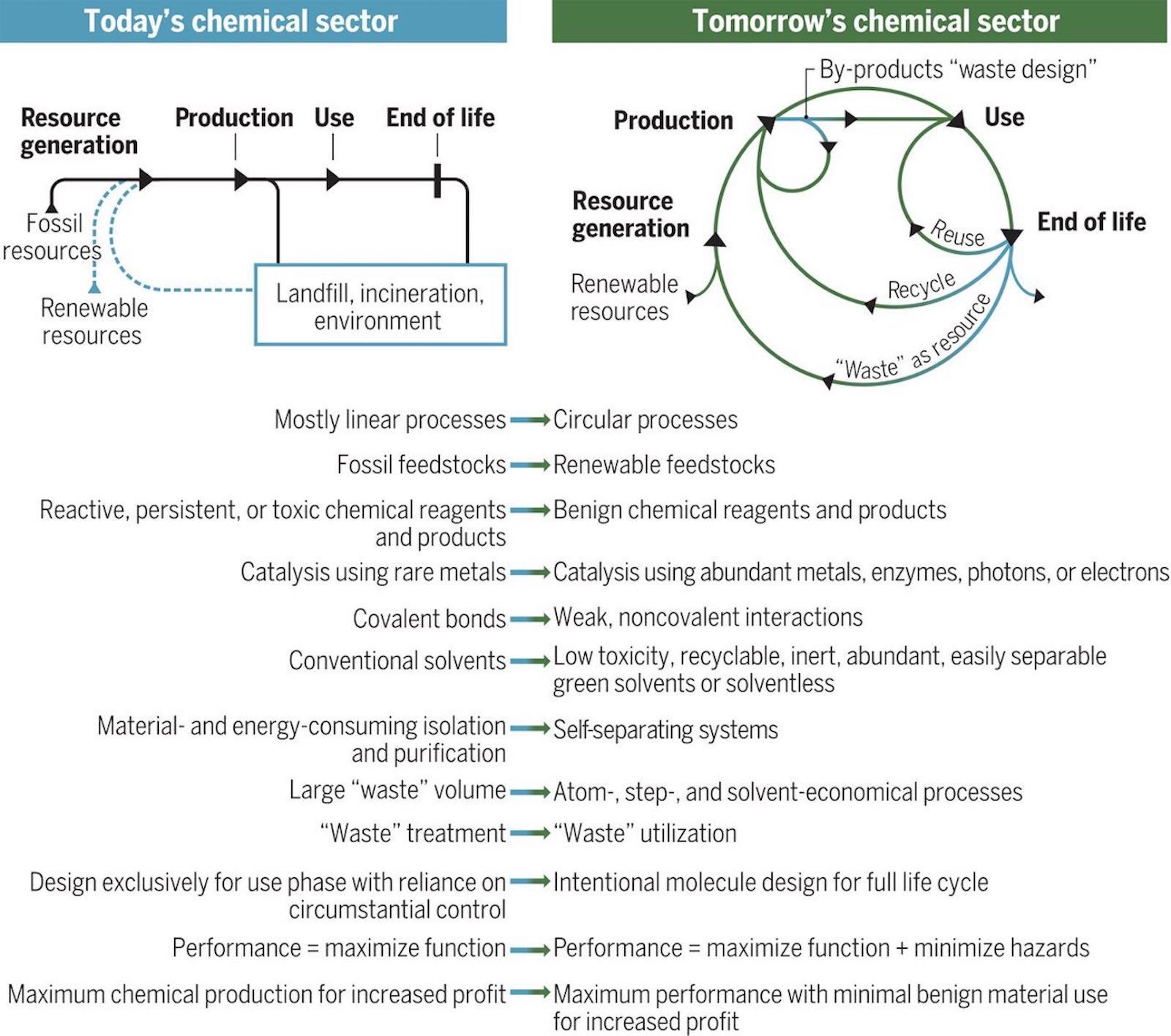 Submitted by Colin Poitras on February 10, 2020