Long H. Tu, MD, graduated in June from Yale School of Medicine’s Department of Radiology & Biomedical Imaging’s residency program, having served as a chief resident during his fourth year. Dr. Tu, a UConn School of Medicine graduate, is now a chief fellow in neuroradiology.

He marked his rise from resident to fellow by publishing a book that he had been working throughout his residency. “Search Patterns: A Systematic Approach to Diagnostic Imaging,” became the No. 1 bestselling diagnostic radiology textbook on Amazon after its publication.

The book grew out of Dr. Tu’s personal notes during his first three years as a resident. He describes the book as “a practical approach,” and a how-to guide for interpreting diagnostic radiology studies step-by-step.

“In school, we’re taught the steps of a history and physical, for instance. There’s a logic and order to it. But even in residency, there wasn’t a single resource that teaches you the steps through most radiologic exams. It was a missing piece,” he said. “Training without organization can lead to medical errors, a clear opportunity for us to do better for patients everywhere.”

Syed A. Jamal Bokhari, MBBS, director of the Diagnostic Radiology Residency Program, was instrumental in guiding the early development of the text. “I had always envisioned trying to categorize and organize this aspect of radiology, which was felt to be acquired only through painstaking experience,” Dr. Bokhari said. “Long met the challenge with such enthusiasm and zeal while adding to the idea and successfully accomplishing what I feel will significantly enhance the way radiology is taught across the world.” 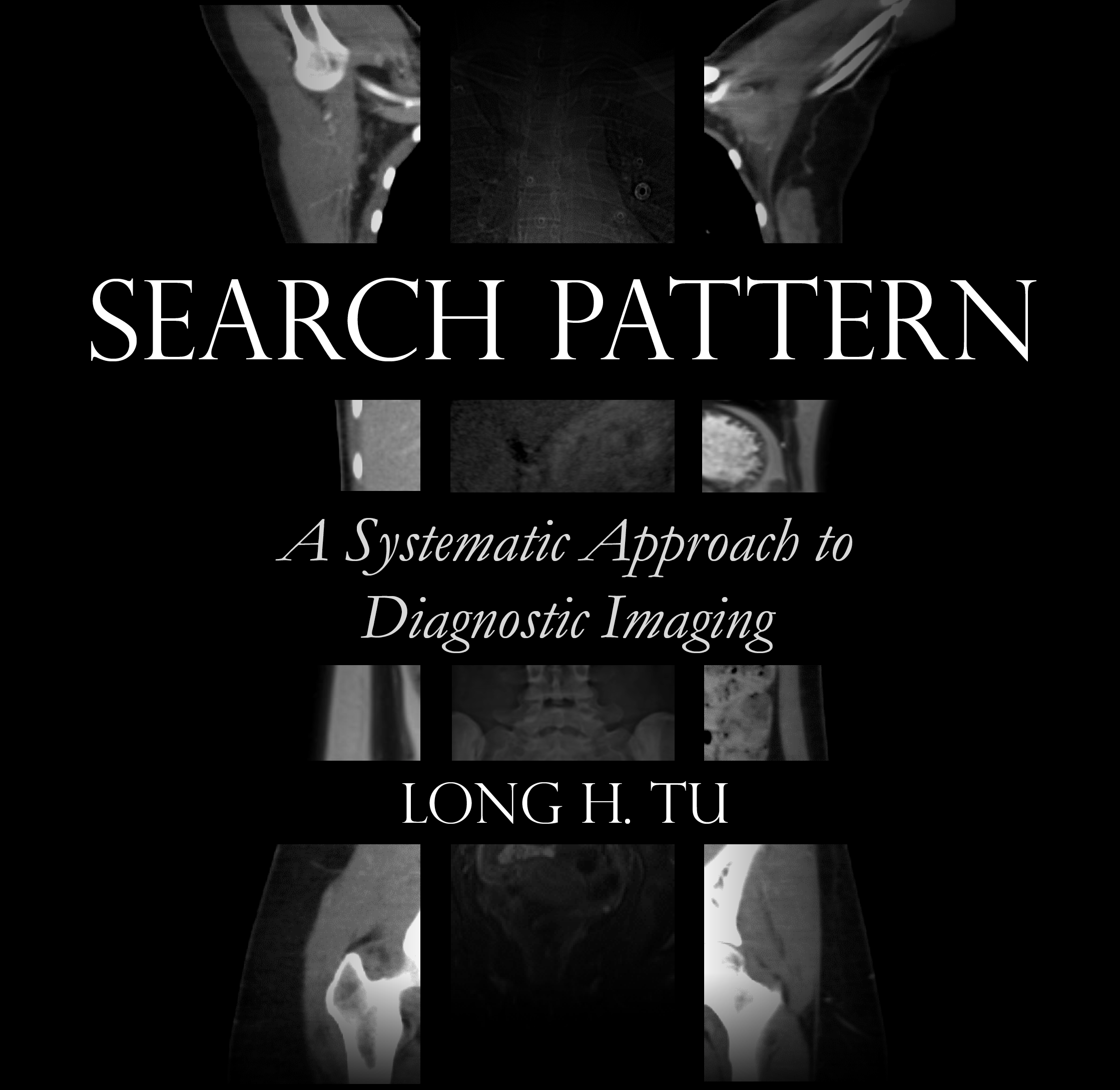 According to Dr. Tu, the audience for his book is radiologists and other health care providers who review imaging, with a focus on trainees. “This sort of resource is something that I, and I think many other trainees, wish we had,” he said. “It didn't exist so I thought, I'll make it!”

After Dr. Tu wrote the guide, he asked Yale radiology faculty members to review the sections dealing with their subspecialties. He also checked his work against published scientific literature.

One of Dr. Tu’s goals was to make the book available to a global audience, especially to physicians in developing countries. Dr. Tu saw this need firsthand in October 2019 when he traveled to East Africa as part of a Department of Radiology & Biomedical Imaging Global Outreach Program mission to train radiologists in Dar es Salaam, Tanzania.

“I wanted to write a resource that would provide the quality of Yale training to anyone in the world,” he said. “We’re privileged here to have a world-class education. The hope is to package this, make it reproducible, and provide access to trainees anywhere. Whether here in the states, or oversees, everyone deserves what we have here. Not just for themselves, but for the patients they take care of.” Dr. Tu has partnered with some international programs to provide his work at no cost.

“Subspecialty radiology training is scarce in most parts of the globe, especially in developing countries,” said Cicero Silva, MD, chief of pediatric imaging in the Radiology & Biomedical Imaging Department. Silva, who managed outreach teams of radiologists for the World Federation of Pediatric Imaging from 2015 to 2019, has worked extensively with radiologists from many countries. “While trainees and radiologists in such places may have access to numerous books on subspecialty imaging interpretation, there is a host of knowledge of a different scope, the 'tricks of the trade,' that are traditionally passed orally at readout sessions, and hard to come by in written form,” Silva said. “Dr. Tu has nicely compiled such knowledge and makes it readily available in his unique book.”

In order to publish the book quickly as well as to minimize its price, Dr. Tu decided to independently publish. “I was motivated to publish using an independent platform because it allowed me to release the work on the last day of my residency, which meant the book would be available to trainees at the start of the new academic year,” he said. “I also priced it about as low as Amazon would let me – the lowest of any book in our field – so that anyone who wanted it could have it.

“I made a lot of hard decisions that I’m grateful for now,” he said. “The biggest was turning down a contract with an academic publisher. This allowed me to make it available about a year earlier than it would have been, to have complete creative control over the look and distribution, and sell it at one-fifth the price a conventional publisher would have wanted. I'm very happy I did this, though it was a risk and a major task to take on all the work that a publisher usually does for you,” he said.

Dr. Tu, who is also a visual artist, designed the book’s cover as well as its layout and typography. “I’ve always been an artist. Although I have little formal training, I’ve always enjoyed creative work. I’ve been drawing and painting my whole life, and used sales of paintings to fund some of my medical education. When I got to residency, I knew I’d make the transition to writing and other work that has more obvious educational or health-oriented impact. This book was a natural product of that. As with other creative pursuits, it’s an amazing feeling to have had a vision for so long and to finally bring it to life. I dreamed of doing this for years, and now I can hold it and know that it can make an impact for others really anywhere in the world.”

Dr. Tu initially promoted the book through U.S.-based resident and fellow groups, including one associated with the American College of Radiology. He believes, however, that much of its reach is now by word of mouth “A significant proportion of distribution is now in Japan, Canada, England and other parts of the English-speaking medical community, which I didn’t know how to reach at first,” he said.

Dr. Tu, who also is a PhD candidate in Yale School of Medicine’s Investigative Medicine Program, calls the book a labor of love even as he plans other writing projects. “This is the first of many books I’ll write about radiology and medicine,” he said. “Whatever is interesting and needed is what I’ll focus on next. There’s much more to come!”