Last June, the Federal Drug Administration approved the use of a catheter device to create a non-surgical connection between an artery and a vein in patients with severe kidney disease who need dialysis.

This winter, two interventional radiologists from Yale School of Medicine’s Department of Radiology & Biomedical Imaging trained at Houston Methodist, where a procedure to create an arteriovenous (AV) fistula using the new device had been performed for the first time in the United States.

Now, Juan Carlos Perez Lozada, MD, and Angelo G. Marino, DO, have become the first physicians to perform the procedure in Connecticut. The minimally invasive procedure to create an AV fistula will give patients with kidney failure better medical results and quality of life while they undergo dialysis, Perez Lozada and Marino said.

During the procedure, two thin, flexible, magnetic catheters are inserted in the arm through small punctures in the skin, one into an artery and another into a vein. Magnets in each catheter attract, pulling the vessels together. After confirming alignment, a radiofrequency electrode is deployed. The venous catheter, which contains the electrode, delivers a burst of energy to create a connection between the artery and the vein.

“At the end of the procedure, we remove the catheters. In one to two months, the patient should be able to receive dialysis through the fistula,” Perez Lozada said. 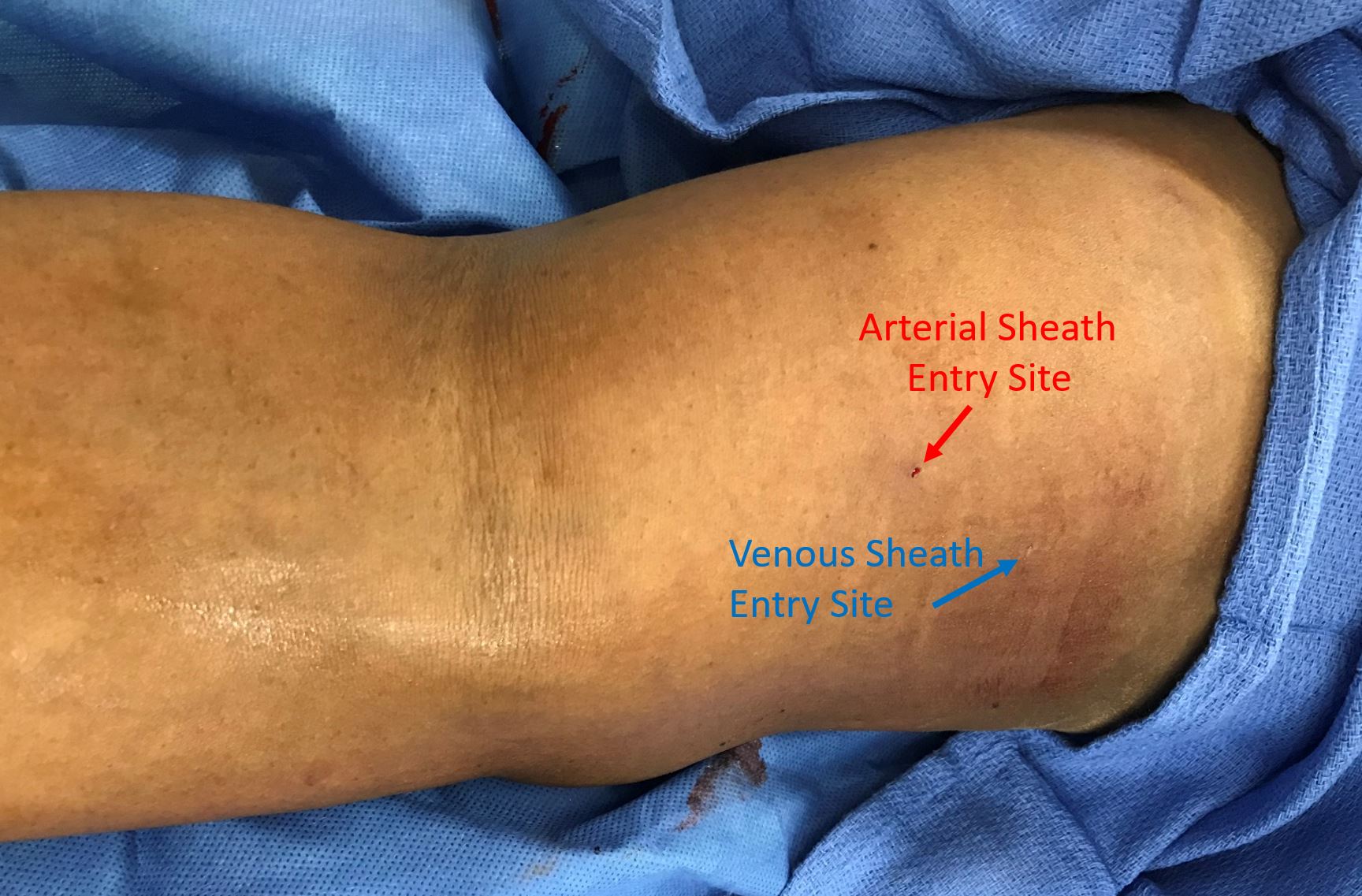 “We’re working closely with our nephrology colleagues to identify patients who are candidates for this procedure,” Perez Lozada said. “The first patient was admitted to the hospital and had a catheter placed so that he could undergo urgent hemodialysis. His nephrologist, Dr. Neera Dahl, then contacted us.” Perez Lozada and Marino evaluated the patient and determined he was a good candidate for the new procedure to create an AV fistula after performing a quick ultrasound mapping of his veins and arms. This first outpatient procedure in a patient with end-stage renal disease took about 1 hour, 20 minutes to perform.

“We’ll follow up in two weeks with the patient, and again in a month,” Perez Lozada said. “We’ll see how the blood flow increases over time.” The goal is for the patient to receive dialysis through the AV fistula rather than continuing to receive it through the temporary catheter in his chest.

“There is a population of patients with kidney disease who progress quickly toward dialysis,” Marino said. “Now they can have a fistula created without surgery or general anesthesia.”

According to the National Institutes of Health, more than 661,000 people in the U.S. have kidney failure, of which approximately two-thirds are on dialysis. A dialyzer, or artificial kidney, filters a patient’s blood outside of their body. Before patients can start dialysis, they will need to have access, with the preferred method being via an AV fistula.

An AV fistula traditionally had been made by surgically joining an artery and vein under the skin in the arm. The mature vein can then receive the two needles used for each dialysis session. Surgically created AV fistulas typically take several months to heal and for the vein to mature before being used for dialysis.