The plaza in front of Sterling Hall of Medicine was filled with a mix of anger, sadness, and déjà vu, as approximately 300 people gathered on March 29 to demonstrate against the hate that people of Asian origin endure regularly in the United States. The immediate spark was the shooting spree in Atlanta that took the lives of eight people—six of them Asian—on March 16. But it was clear to people who spoke and those who listened, some with quivering voices and tears in their eyes, that the fear these shootings generated is not a new feeling. 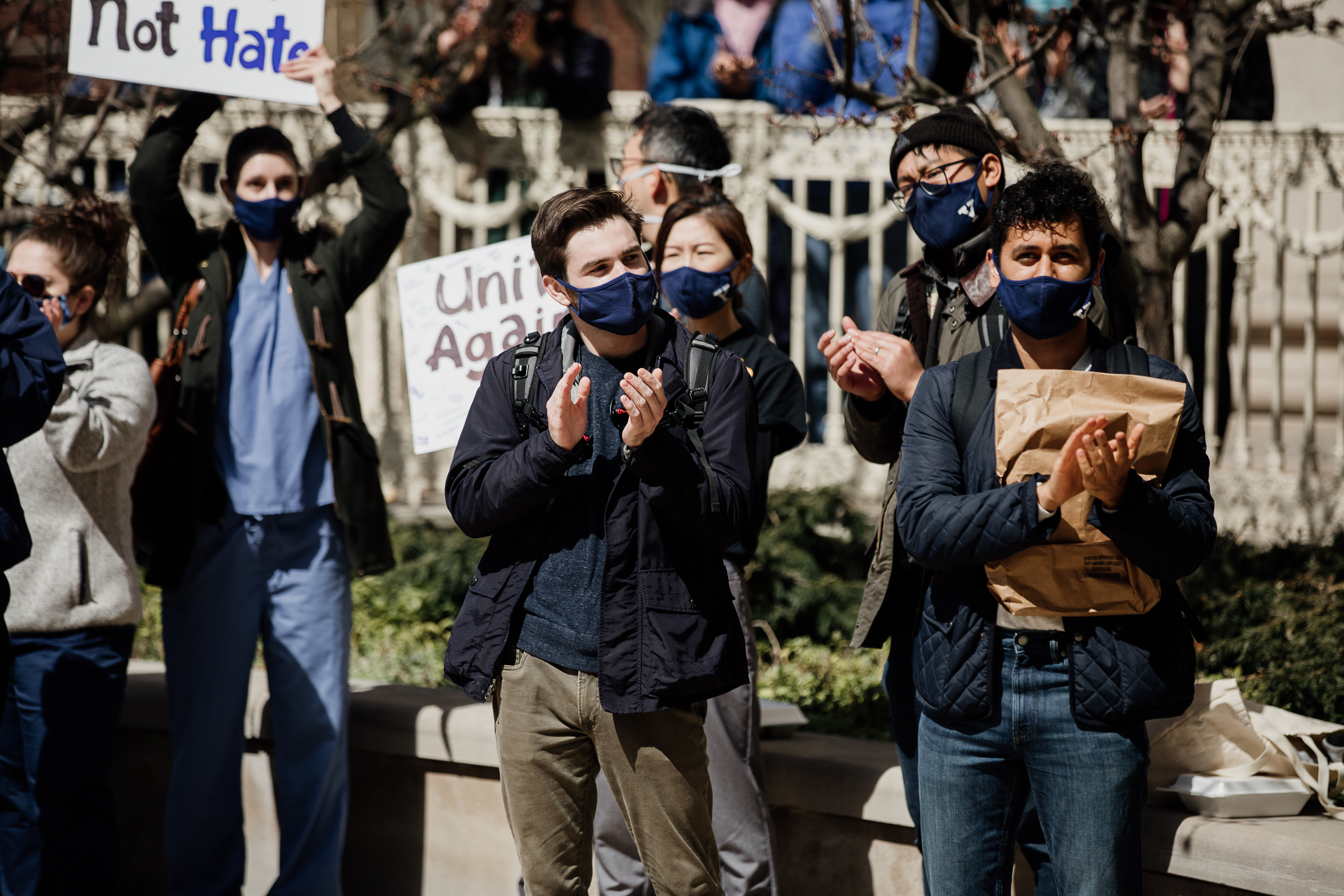 “Many of us can’t get that horrible vision of Atlanta our of our minds, but that is only one vision,” said Darin Latimore, MD, Yale School of Medicine’s deputy dean for diversity and inclusion, who led the protest. “There have been 3,800 reported cases of hate incidents in this country [since the pandemic began, according to the Stop AAPI Hate national report ], and they are the people who have been empowered enough to actually go and report.” In just the prior week, Latimore added, two people within the medical school had reported anti-Asian comments that were directed to them.

Some memories of hate went back decades. Manisha Juthani, MD, an infectious diseases physician and associate professor of medicine and of epidemiology, recalled abuse directed toward Indian-Americans like her. “When I was a college student around 1992, 93,” she said, “there was a group of people called the Dot Busters, who in New Jersey went and beat up people of South Asian descent who wore dots, or bindis [on their foreheads]. It was the first time I really felt that anger, that anti-Asian sentiment that we are all hearing today.” 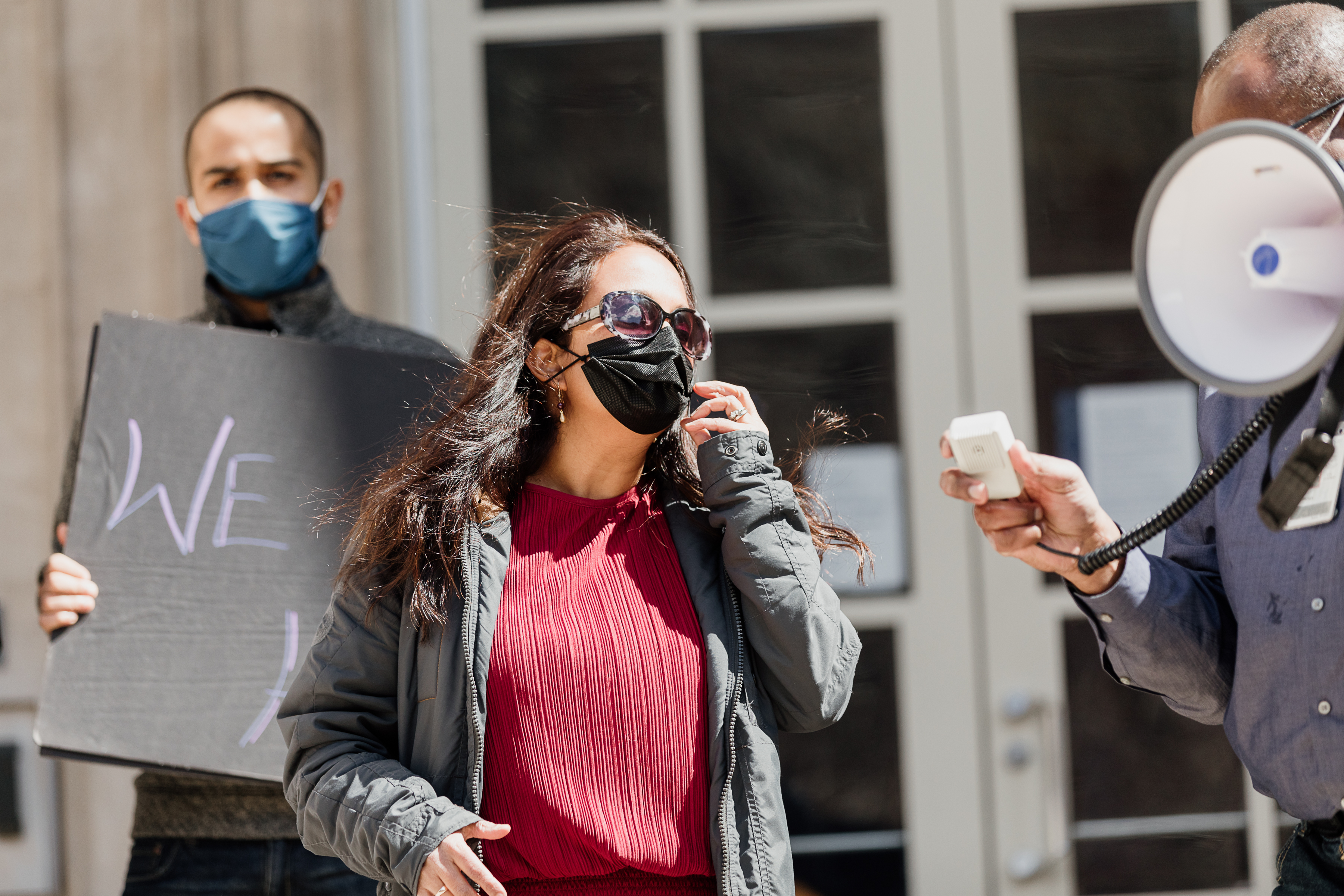 Miraj Desai, PhD, an instructor at the Program for Recovery and Community Health in the medical school’s Department of Psychiatry, recalled his most striking exposure to anti-Asian hate. “It was around 20 years ago when that fateful day of 9/11 occurred,” Desai said. “And afterwards, those who looked like me, who are embodied the way we are embodied, were hunted, threatened, harassed, profiled, and collectively treated as objects of hatred, scorn, and violence."

Today, with misplaced hatred spawned by associations between Asia and COVID-19, people from China, east Asia, and Pacific islands are bearing the brunt of society’s abuse. Third-year medical student James Yoon said he has experienced it from an especially disappointing source: his own patients as he makes clinical rounds. The fear has also permeated his community. “I saw my friends ordering Tasers online, because they are worried about their safety,” he said. “I have a little sister living alone in Boston. I worry about her safety. We shouldn’t have to go through that.” 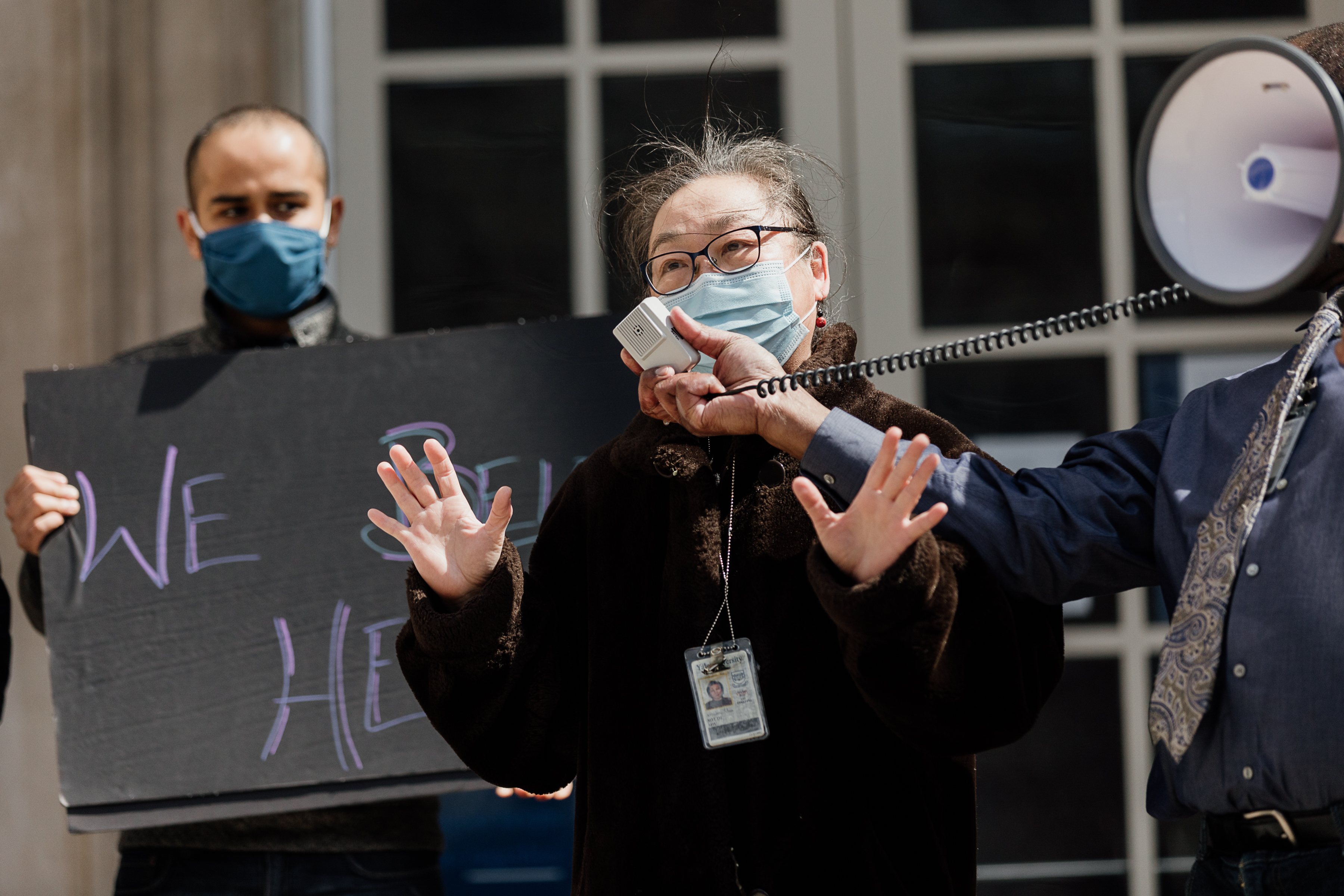 Nichole Roxas, MD, PhD, a psychiatry resident whose parents immigrated from the Philippines, invoked the Marcos-era chant “Tama Na! Sobra Na!” (“Stop it! Enough is Enough!”) and urged people to channel their rage and grief to protect what they love: each other. “We have to love our Black and brown brothers and sisters,” she said. “We have to love our queer folks.”

Mei-di Shu, a lab technician who became a naturalized United States citizen 30 years ago, is shaken by what she has seen. “I’m sad because I have children. I have grandchildren. And they’re all American. They were born here. I just want them to be like everybody, to love this country and not feel neglected.”

Organizations such as the Asian Pacific American Medical Student Association (APAMSA), whose Yale School of Medicine chapter participated in the demonstration, are on high alert, and working toward ending the hate. So are Latimore and his Office of Diversity, Equity, and Inclusion at the medical school. Latimore ended the gathering with a plea: “We, as a community, need to support each other. When one is down, we are all down! It’s not about one race or the other race—and who has been treated the worst. Nobody should be treated badly. Nobody!”