Among them is Yale School of Medicine researcher and physician Dr. Erica Spatz , whose recent paper in the journal Ethnicity & Disease details a study that aims to determine which factors are contributing to high numbers of poor cardiovascular outcomes in the Caribbean. The research is part of the larger Eastern Caribbean Health Outcomes Research Network (ECHORN) Study, launched in 2011, which is led by Yale School of Medicine professor Dr. Marcella Nunez Smith. Investigators hope the study will eventually involve 500 participants from four island nations: Puerto Rico, the U.S. Virgin Islands, Trinidad and Tobago, and Barbados.

“ECHORN is looking at the prevalence of cardiovascular disease, cancer, and diabetes, along with the risk factors associated with these conditions in the Eastern Caribbean population,” Spatz says. “They range from biological factors — which include clinical conditions, biomarkers and genetics — to social and environmental and community factors.”

Compared with white adults in the U.S., those from the Caribbean region and African-American adults in the United States have hypertension that occurs earlier and with more serious consequences, including organ damage to the heart, eyes, and kidneys, as well as heart attacks, strokes, cognitive limitations, and late-stage kidney disease.

Spatz is in the second year of her five-year study, and has enrolled over 100 participants to date. She says they are exploring a few key hypotheses. One is that the blood pressure measurement happening in the clinics is lower than at other times in a patient’s daily life; another is that in the Caribbean population, people are experiencing high rates of stress that are contributing to elevated blood pressure and poor cardiovascular outcomes.

To get a better picture of patients’ actual blood pressure, participants in Spatz’s study wear a 24-hour monitoring device around their arm that inflates every half hour during the day and every hour at night. 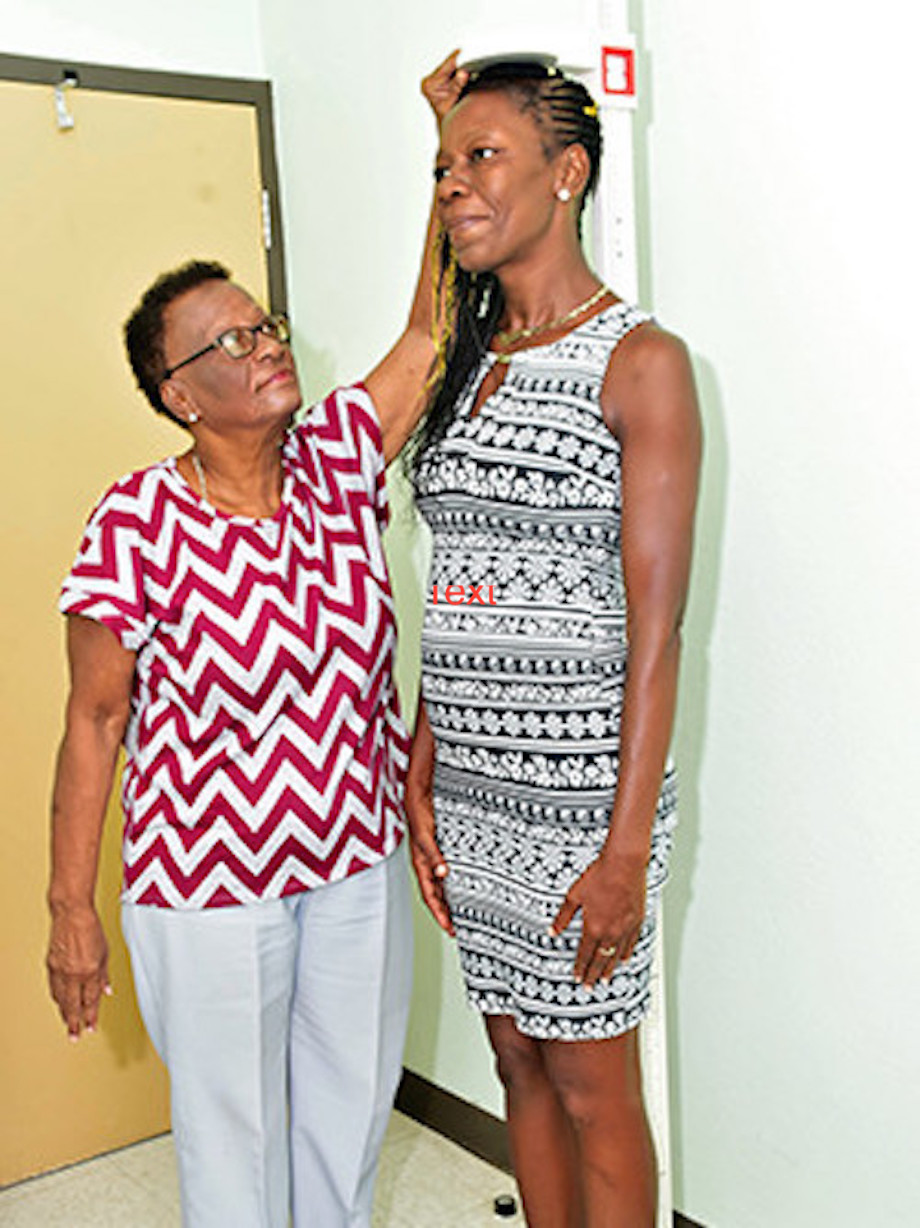 Blood pressure measured in a doctor’s office can be higher than when taken at home, a phenomenon known as “white coat hypertension.” But Spatz says the opposite can also be true. “Sometimes blood pressure is normal in the clinic but elevated in patients’ daily lives, which is known as ‘masked hypertension.’” She added that these patients may also experience higher blood pressures while sleeping, when these numbers should typically dip.

In order to assess the second hypothesis, related to the role of stress, researchers have participants fill out an extensive survey. “We ask them questions about financial stress, everyday discrimination, neighborhood stress, and depression and anxiety,” Spatz says. Participants are also asked to note their activity level and any stressors at the moment when the blood pressure monitor inflates. This is called an “ecological momentary assessment.”

Yale researchers have a strong partnership with clinical research sites in the Caribbean where the study is taking place as part of ECHORN. “It’s a very collaborative group,” Spatz says. “Together, we have refined the study to capture important gaps in knowledge about hypertension, and the information we gather can be used to directly improve outcomes in the populations from whom the data are collected.”

Submitted by Elisabeth Reitman on October 18, 2019