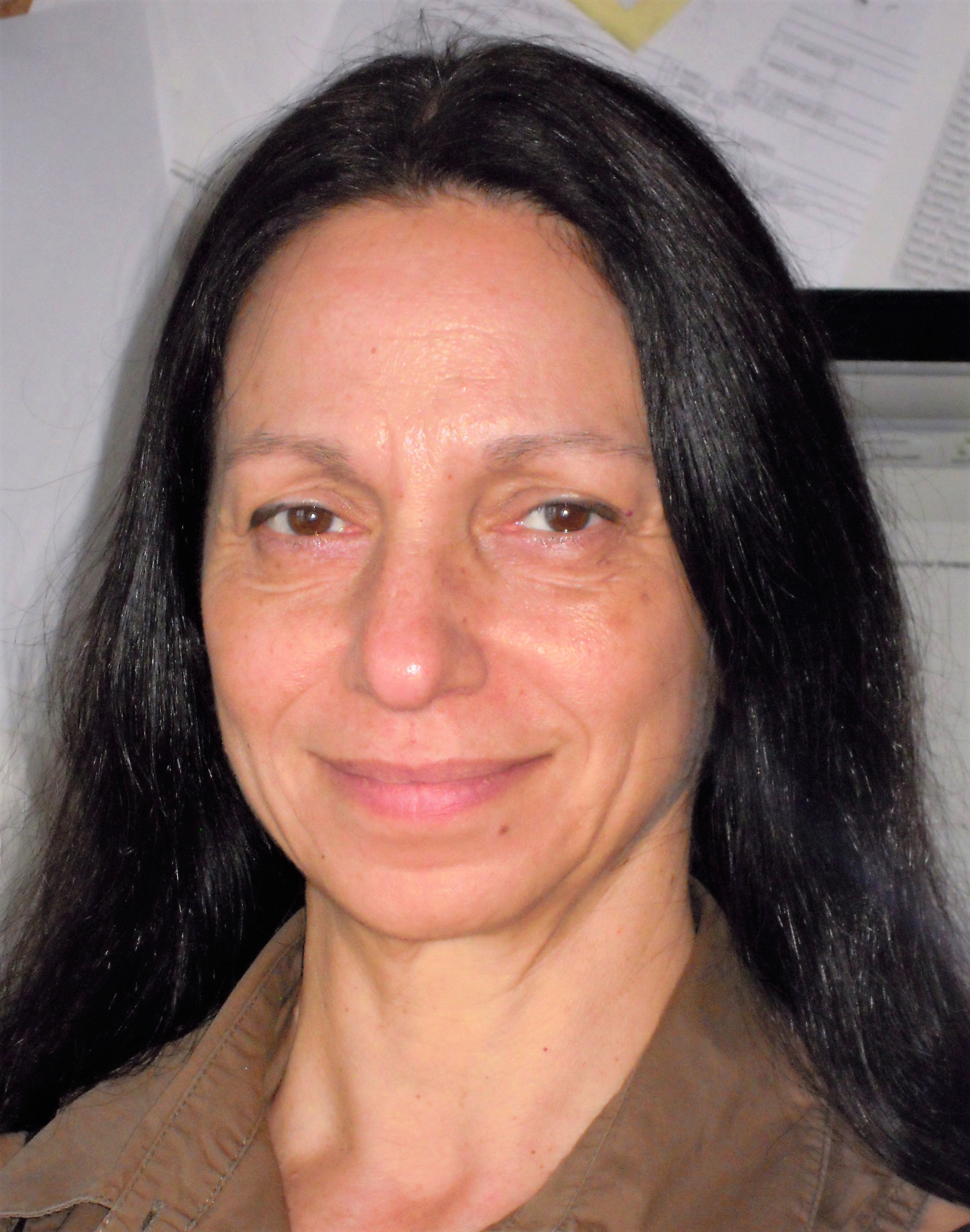 Since the last feature article with Dr. Jodi Nunnari (PhD) has been published End of May, we are now back with another great Scientist featured in this article. In her talk on April 13th, hosted by Dr. Xiaolei Su (PhD), Dr. Tatiana Cosima Baldari explained her angle on “A Ciliary View of Vesicular Trafficking in T Cells” in our Cell Biology Seminar Series. A connection between ‘two topics-cilium biogenesis and vesicular trafficking, which she had no familiarity beyond textbook information’, prior to talking to Joel Rosenbaum, a Yale Faculty, while he spent his sabbatical in the department of life sciences at the University of Siena. ‘Daily chats gave [her] a lot of food for thought about his favourite topic – cililum biogenesis’. Although she worked on lymphocytes, it has ‘remained a topic of merely academic interest’ until the ‘clincher happened at the biannual EMBO conference on lymphocyte Antigen Receptor Signaling’. ‘Joel saw his first image of an immune synapse, the specialized interface that T cells form at the contact with an activating antigen presenting cell. He was thunderstruck by the fact that the centrioles showed a positioning just beneath the synaptic membrane similar to their positioning at the base of the cilium.’, Dr. Baldari reminisced. Followed by the ‘initial finding’ that ‘components of the intraflagellar transport (IFT) system’ regulate ciliary growth as well as immune synapse assembly. The surprising discovery marked the start for the Baldari Lab to ‘[exploit] the substantial body of knowledge on the mechanisms of cilium biogenesis as a mine of potential candidates to dissect the complex trafficking pathways that orchestrate immune synapse assembly’.

Inspiration from colleagues like these, but also influences from mentors have been making deep impact in her professional career, which she ‘feels fortunate and grateful’ about.

Triggering a response of switches

During her time in a humanities high school, she was (and still is) passionate about ’literature, art, history and philosophy’, which was reflected in her choice in the ‘liceo classico’. Seeing her extraordinary talent not only in languages but qualities for a scientific discipline, her ‘Latin and Greek Professor’ ultimately pushed her to pursue a science degree. She studied biology, stuck with it and ‘never had any regrets’. From the moment she dived into the world of Science she ‘never had any doubt’ of wanting to become a scientist. But not only this, she aimed to ‘contribute to train the next generation’, just like she was mentored by the ‘Profs Francesco Amaldi and Mario Buongiorno-Nardelli ‘during her PhD studies at University of Rome, which ‘contributed to a major extent to this vocation’.

Their encouragement and support got her to ‘switch to the molecular biology of Drosophila development’ as a Post Doc in Vince Pirrotta’s lab at EMBL in 1978, where she met her future husband John Telford, who would later become the father of their three children, big supporter but also important scientific partner.

The times at EMBL ‘were amazing times’, making her return as a visiting scientist to work on ‘the generation of new yeast expression vectors’ in Gianni Cesareni’s Lab after her further post-doctorial studies in Herman Bujard’s Lab at Heidelberg University, where she ‘engineered a new generation of cloning vectors’. Her personal life was enriched by her marriage and start of a family while being intertwined with science all the time. She and her husband ‘fell in love with Siena and the beautiful country surrounding it’, during their honeymoon, and made it their home, where she is researching, teaching, and living today. This is also the place where she started to study ‘lymphocyte activation’ with a focus on ‘antigen receptor signaling, its dysregulation in disease and its subversion by pathogens’. A switch which was moved by the unfortunate damages of her department due to a fire. Like all personnel had to find host labs, she could continue research at ‘Sclavo Research Center, which would become later Novartis and then GSK, where [her husband] was working’. ‘A great collaboration’ between husband and wife started and blended well with the family life. By planning and taking turns for the run of experiments and picking up children from school and daycare, they managed to balance work and life, could be successful scientists, and continued to collaborate even after Dr. Baldari started her own lab.

‘You could not but love science and want to be a scientist.’

Sharing of ideas giving inspiration and collaboration with scientist from in different fields covering a broad range of expertise is ‘one of the best things about being a scientist’ for her. Especially her time in EMBL is memorable: she met bright minds including ‘Drosophila geneticists and future Nobel laureates Christiane (Jani) Nusslein-Volhardt and Eric Wieschaus, who had a tiny lab and did seminal work with just one technician; cell biologists of the stature of Kai Simons, Ari Helenus, Daniel Louvard; future Nobel laureate Jacques Dubochet; and so many others.‘ An important point for her pleasant memory is the fact that ‘They were all in their prime, most of them with young children, and working and social life were one’. The ‘extremely international’ setting enhanced the social life with celebrations ‘for every special date for each country’: from 'French BBQ on July 14th, Guy Fawkes bonfire by British colleagues, over German Carnival Costume and dance party to Burn’s night with Scottish Haggis, Whisky and country dancing.’ Connecting Work to Life, Social to Research fueled ‘not surprisingly’ ‘amazing science’ with ‘unfathomable resources’ and ‘ideas’. Although Dr. Cosima Tatiana Baldari visited EMBL a second time, her call was the University of Siena, however when she left EMBL finally, her ‘genuine curiosity about other disciplines’ and collaborative nature stayed and added to her ‘great scientific development’ of the ‘difficult process of becoming independent.’

More than a community of people, who love science

Working together and bouncing off ideas about Science especially when the collaborators were from different fields, often ‘provided important clues for developing […] projects in unexpected and fruitful directions.’ To foster the “sciencing” spirit, the ‘most important conference in this area’, was co-launched first over 20 years ago by no one else than her and her husband. Organizing this meeting yielded in many fruitful collaborations, ‘beautiful friendships’ and offered ‘fresh perspectives that can really move the field forward.’ Not only scientifically but also on the human side, the community has been supporting her over the years. Especially after the ‘sudden death of [her husband] John Telford at the end of 2020.’ Great collaborators became ‘good friends’ who ‘surrounded her with care and love’. Also, her lab members supported her, which she answers with ‘investing in meeting [her] lab members not only to discuss their progress, but also mentor them in their journey of becoming independent researchers.’ Prof. Dr. Baldari enjoys teaching very much as well, even with remote teaching being ‘rather frustrating for her and the students’. These are the activities, along with research, which she can fully bloom in, after her mandate as chair of the department having ended reaching the ‘maximum length of 9 years’.

Keeping your own dreams and aspiration alive

Being ‘scientist in an academic institution’ was her dream since she stepped into Science. More than just the satisfaction she receives from teaching and mentoring, her career as a professor allows her to be ‘surrounded by young people, who look at the world with fresh eyes’. They ‘have their whole life in front of them’ and ‘have still dreams’. Motivated by the open-minded atmosphere, Dr. Baldari can keep her dreams and goals alive. Her main profession is still the responsibility every PI must fulfill, which she does to a great extent: there is ‘enormous trust’ between PI and lab members. ‘Because the majority are woman, several of whom are also young mothers’, advice, help and understanding from own experiences surpass the scientific level and include personal life as well.

While it seems that her work totally consumes her day, the well blending of Work and Life enables her to follow her other passions. ‘I read [a lot and different genres] of novels and essays’, which roots back to her ‘liceo classico’ education. ‘Gardening and growing vegetables’, as well as ‘walks in the countryside’, more calmer hobbies contrast with her other active interest in ‘argentine tango’. Her family is another pillar in her life: as a mom, she aims in supporting her children in Sydney, Paris and Barcelona, and newborn grand-child. Due to travel restrictions, visiting has not been possible yet, but will happen ‘as soon as possible’. She wants to visit her children more often in the future. A ‘modest proposal’, but shows how much of a caring, supportive character Dr. Baldari is.

Dr. Cosima Tatiana Baldari’s current scientific proposal did not seem to be modest at all, in fact the exciting science proposed there ‘has just been awarded a very competitive European ERC Synergy grant’. Together with Michael Dustin (Oxford), Jens Rettig (Homburg) and Salvatore Valitutti (Toulouse), she aims the ‘elucidation of a new mechanism of cell killing by cytotoxic T cells.’ 6 years will be funded for the ‘ambitious objectives’ in this project that will possibly yield in the ‘development of a new approach to fight cancer’, which ‘interfaces beautifully with one of the other main interest in her lab – the pathogenesis of chronic lymphocytic leukemia’.

With her genuine enthusiasm about advancing the scientific field, we will be excited to read about her newest science and discoveries in the near future!