After recently highlighting ambitious postdoctoral researchers for their incredible engagement in the Cell biology department and beyond, we want to feature another scientist Dr. Vanessa Scanlon for her work and passion to inspire and help people of underrepresented groups in advancing in scientific careers by sharing her story. 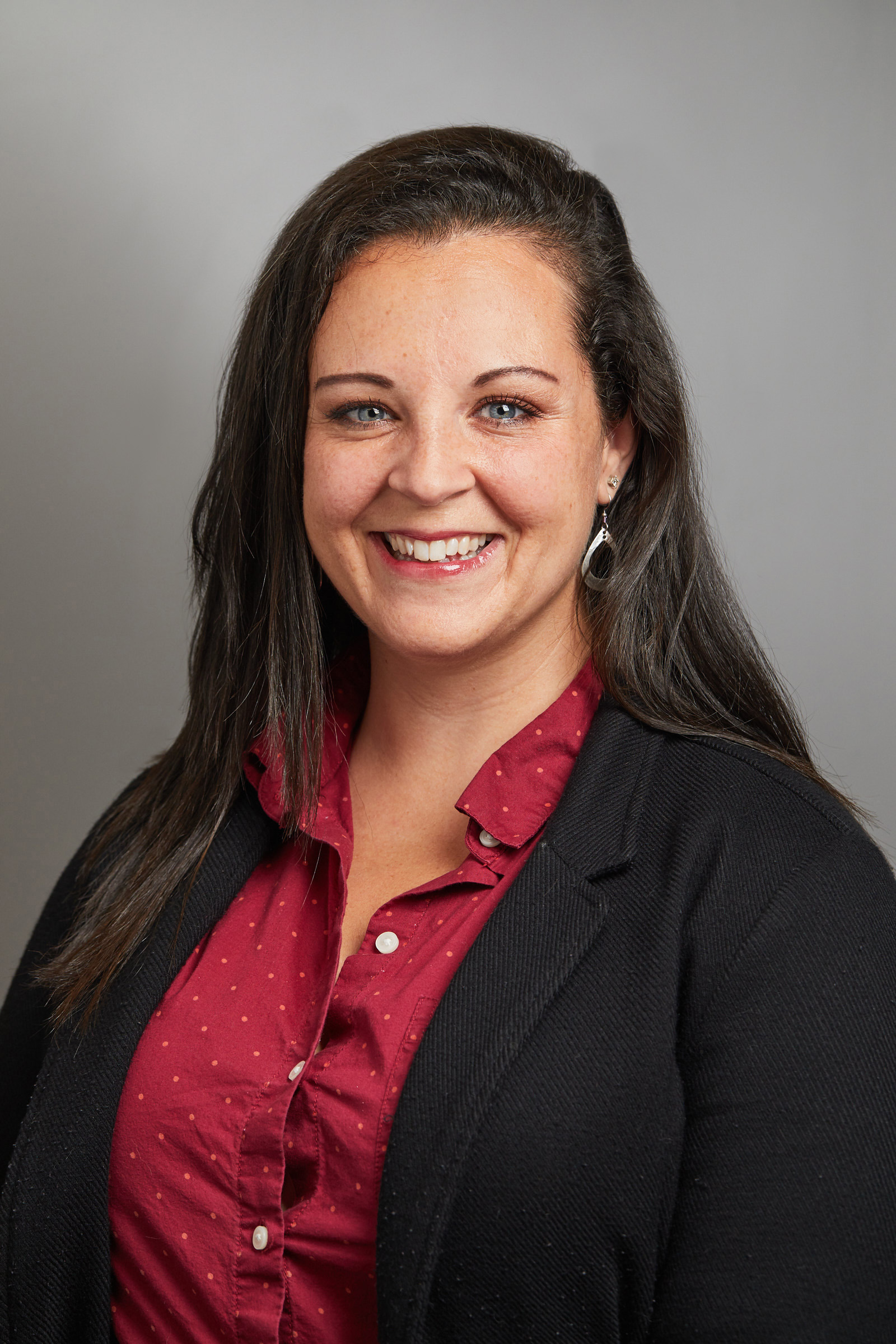 During the virtual Cell biology retreat 2021, Dr. Scanlon presented her research on hematopoiesis (the formation of blood cells and components) with intriguing time-lapse microscopy movies of dividing hematopoietic progenitor cells in a great lightning talk. ‘Initially, I studied molecular mechanisms involved in the hemostatic function of platelets, and later expanded my studies to include upstream progenitors that give rise to platelet-producing megakaryocytes.’, she explains.

Megakaryocytic-erythroid progenitors (MEPs) are used ‘as a model’ of hematopoietic progenitors to ‘investigate the extrinsic signals in the bone marrow microenvironment that promote the process of hematopoiesis.’ Already in her PhD at University of Connecticut she studied the topic of ‘bone regeneration, and specifically looked at osteoprogenitors that contribute to bone fracture healing’, but ‘ignored all of the hematopoietic cells also present in the bone that could be influencing the fracture healing process by secreting signals that act on the osteoprogenitors’. By the introduction to hematopoiesis during her postdoc, she ‘expanded [her] understanding of the bone and marrow space’ and applied her PhD knowledge in a greater picture. From her academic education, Vanessa Scanlon always had interest in the medical field. In addition to her bachelors in molecular biology, she ‘earned one in diagnostic genetic science’ as well and ‘worked as a technologist for a large reference laboratory’. Her decision to start a job in clinical diagnostics immediately after graduation, was partly motivated by ‘the need to make money’, as it ‘paid well right out of college’. ‘But [it] didn’t give me the same internal satisfaction as my research experience had’, Dr. Vanessa Scanlon remarked. She left diagnostics to return to academia to start a PhD ‘and pursue a career path more focused on research’. Students in life sciences often face the tough decision to whether or not sacrifice financial stability of a mediocre interesting job for the passion even if that could mean lower income and instability. However Vanessa Scanlon shows that trying a different job is a good way to find your passion. Now with establishment of her own lab at UConn, Dr. Scanlon can pursue that passion for research in full determination.

Her journey is ‘an example of how […] in the long run, if you pursue your passion, you’ll find much greater success, and the money will come.’

“I had planned to leave academia"

Her academic career reads like a smooth journey from UConn back to UConn as Principal investigator, but ‘in fact, three years ago, it wasn’t even [her] wildest dreams’. ‘I always had the impression academia is too stressful and consuming to be conducive to family life’, a worry that lots of especially female scientists talk about. Even if the stigma of being a female scientist did not disadvantage her per se in terms of discrimination or stereotyping, so it is the challenge of financing both family and a scientific career in academia. ‘I had planned to leave academia […] I could not afford the additional childcare costs’, she reminisces, when her second child was born. Only with help of her ‘supremely wise mentor’ Diane Krause (MD, PhD) who ‘understood her needs in order to stay in academia’ she was able to ‘find funding to help cover the added expenses’, which included also ‘the enrollment fee for a grantsmanship course’. ‘She radically transformed my career trajectory by connecting me with the right career development opportunities at the right times in my training to help me advance in my career.’, Dr. Scanlon adds. With the experience acquired from the course as well as her scientific expertise, Vanessa Scanlon landed a career development award and promotion to ‘pay [herself] what [she] needed to stay in academia’ and to live her passion.

Chemistry of a natural-born scientist

Vanessa had always been ‘a curious kid, who needed to understand how and why things worked.’ But her family ‘was more concerned with making enough money to afford insurance and gas for the car, housing costs and utilities, and food and clothing.’ While her family pushed her to ‘focus on studying’, her ‘curiosity was often met with annoyance’ and ‘education’ was seen more as a vehicle to drive the ‘path to more money’. Her upbringing as a first generation Cuban-American probably played a role in the perception of parallels between education and money, as from my own personal perspective early generation immigrants often push their children to higher education for a better living. While this perspective might not be entirely incorrect, flaws occur when thinking about career perspectives early on. Vanessa ‘didn’t know any scientists’ and ‘didn’t anticipate that scientists could earn respectable income’. Her calling was revealed at an awards dinner for student volunteers in high school where she ‘discussed her fascination for her newly gained knowledge from Intro Chemistry about stoichiometry’, with the benefactor seated next to her. ``A natural- born scientist’’ is what he called after ‘graciously indulging’ her discussion. One line which stuck with her, the one who was ‘never suggested to be a scientist before’. Vanessa Scanlon then ‘leaned into [her] interest and sought more and more educational opportunities that exposed [her] to many scientific fields.’

Hard work was honored with a ‘scholarship to college to continue the scientific pursuits’, which let Dr. Scanlon ‘fell in love with genetics and cell biology’.

When you look for Vanessa Scanlon’s profile on Yale Websites, you will notice the unique way her short bio is written. An important matter to her is of course family and science but also closing the gap between different backgrounds, gender, ethnicities for equal representation in a scientific career. The reason is ‘a unique upbringing growing up on the border of Bridgeport and Trumbull, CT.’ with her ‘single mom being the director of a free after-school program serving Bridgeport public school students at risk of violence, drug, or gang involvement.’ Vanessa and her brother were usually watched by the grandparents after school, except for ‘days when they were unavailable’. The siblings would experience the program at her mom’s workplace while doing homework. Already for 6th grader Vanessa Scanlon it ‘was apparent […] that Bridgeport public school students were not being held to the same expectations as Trumbull public school students.’ Dr. Scanlon declares: ‘This disparity, in addition to countless others, continues to fuel my drive to bring opportunities to students from school districts with poor graduation rates.'

A long way to go to more diversity

Dr. Scanlon is aware of the long way society has to go ‘toward increasing representation from a more diverse group of researchers.’ For this she ‘is leading by example by living an authentic and inclusive life, keeping an open-mind, and promoting a culture of mutual respect and consideration that lays the foundation for a comfortable environment for researchers of diverse backgrounds’. Even if direct activism is not everyone’s priority, she emphasizes: ‘at the very least’, the community ‘shall not tolerate acts of microaggressions and give very clear boundaries and consequences for crossing them.’ While being very driven about building diversity and ‘strengthening the pipeline of underrepresented individuals’ in science, Vanessa Scanlon never misses the bigger picture of research. Her goal is ‘to work in a community of diverse colleagues who bring unique perspectives and insights toward solving a problem that enhances our understanding of human health.’

Building a new lab is a challenging, yet an exciting step into the future as an impactful scientist. Dr. Scanlon is ‘looking forward to engaging with a wider audience to share our love of science and the pursuit of knowledge.’ Her time will be divided by additional tasks like teaching and service which, ‘will be a portion of [the] responsibilities in the new position.’ Not only research itself but also mentorship is important to her. During her education and early career - in high school, in college, in PhD studies - she was supported to step into science and grow with science. Her ‘undergraduate research mentor Judy Brown (PhD), PhD mentor Archana Sanjay (PhD) were pivotal role models in [her] professional development.’ Vanessa Scanlon is especially grateful for all that advice and funding opportunities she received with help of her postdoc mentor Diane Krause (MD, PhD) and aspires to be a support for her students and postdocs as well; as ‘a supremely wise mentor’. The ‘boost in confidence’ she gained from getting promoted and being sufficiently funded, fueled her to an exciting new part of her academic career with great ‘aspiration to become an equivalently effective mentor for the next generation of scientists!’

From her own grad students and postdocs she expects in exchange ‘honesty, mutual respect, commitment, consideration, collaboration, and energetic effort.’ The future Scanlon lab strives for embodying ‘a lab culture that incentivizes people to want to come to lab every day, have confidence to conduct their experiments, and feel safe to [openly] share their experience with others in the lab and across the center.’

The Cuban American female scientist will leave Yale in December 2021, but has some advice especially for those from underrepresented groups, who want to pursue a career in academia: ‘Have your priorities straight. Be kind and considerate. Keep a ‘Yes’-attitude. Ask for what you need and be resourceful.’ And ‘Find an excellent mentor!’, someone who she will surely become.