In the right (lab) culture, mentorship flourishes — and science benefits

You might imagine a science lab looking a bit sterile and impersonal — little sunlight, masked figures in white coats pouring neon-colored liquid into beakers, all business. You might not expect to hear a science lab referred to as familial, where badminton tournaments, movie nights and barbeques are commonplace.

But Yale’s Patrick Lusk, associate professor of cell biology, describes his lab as just that kind of place, where fun, mentorship, and hard science are all wrapped into one.

“My job as a researcher is to provide my students with resources and tools so that, ultimately, they can make it on their own in the scientific universe,” said Lusk, whose academic expertise is the cell’s nucleus. “I’m here to provide guidance, not as a boss, but as an advisor pushing my students towards independence.”

For Lusk, the student-mentor relationship is an important part of that, and working with the lab’s eight students is an investment in both scientific progress and in their personal development.

One product of that culture is David Thaller, a doctoral candidate in the lab whose research explores how cells’ nuclei repair themselves following a rupture within the cell. 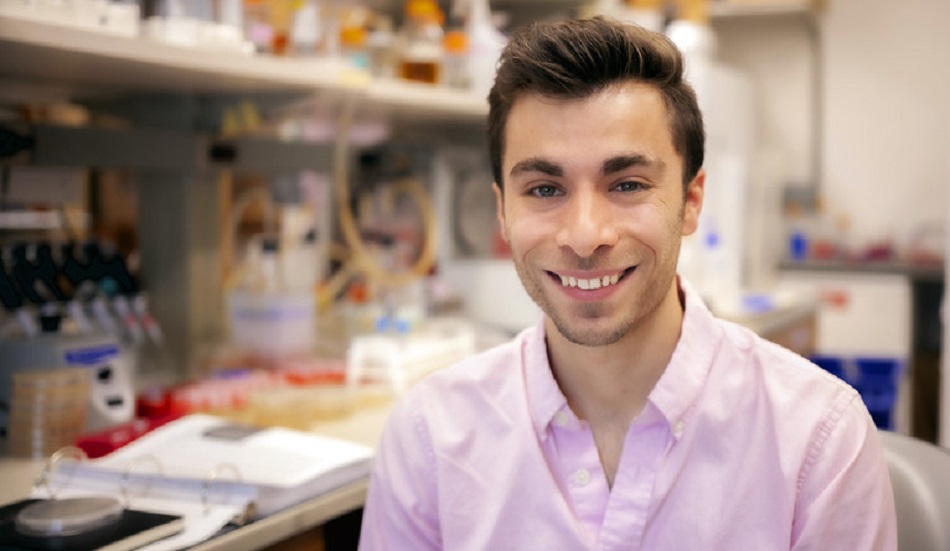 Just as the body has specialized organ systems such as the heart, lungs, and digestive tract, each of the millions of cells that make up those organs are also subdivided into specialized components, or organelles, including the nucleus, which protects our genome. When a nucleus ruptures and is not repaired effectively, DNA is damaged and can accumulate harmful mutations that can trigger diseases such as cancer. Thaller has been trying to understand what causes the ruptures and how cells might prevent their own destruction.

It’s been going well: In October 2019, Thaller was awarded the Porter Prize for Research Excellence from the American Society for Cell Biology for the work he has done in Lusk’s lab.

Thaller is thankful for the opportunity to push forward his own experiment designs, to learn new model systems, and to engage with new techniques.

“The Lusk Lab has been nothing but a supportive space,” he said.

In short, Lusk’s emphasis on lab culture in the broadest sense has contributed to scientific success for professor and doctoral student alike.

“David has been a major driver of the research in my laboratory over the last five years,” Lusk said. “He has played a singular role in catalyzing new research directions and establishing new techniques in my lab under the auspices of answering fundamental cell biological problems of subcellular compartmentalization.”

For Thaller, a 6th-year doctoral student who wants to continue lab research, Lusk’s family analogy resonates in many dimensions.

“The kinds of conversations we have with one another are rigorous but also it’s just so much fun,” Thaller said. “Everyone is an expert in a different technique or field. Our backgrounds in biochemistry or cell biology make for a unique space to do a lot of different kinds of science. I’m definitely addicted to research.”

Outside the lab, members attend lab parties and game nights together.

Thaller credits Lusk with creating an academic space where mentorship and growth are at the forefront. And Lusk is certain that in Thaller he’s found a talented and ambitious contributor, both to his lab and to the future of science.

“There is no question that Dave is outstanding and one of the top students in his class,” Lusk said. “He will be a scientific leader in the future.”