Scientist or Entrepreneur? Blavatnik Fund lets Yale Researchers be Both

Discoveries happen every day in Yale’s research labs, some of which have the potential to save lives and revolutionize medicine: A new way to attack cancerous tumors. A new means to treat drug-resistant infections. A new method for targeting fungal infections.

The Blavatnik Fund for Innovation at Yale helps scientists bridge the gap from discovery to life-saving treatment through a potent combination of funding and expertise.

Turning a discovery into a life-saving commercial product requires funding at every stage — proof-of-concept, animal tests, clinical trials. And the initial phase — the one between discovery and proof of concept — is often the hardest for faculty to overcome.

The Blavatnik Fund, supported by a grant from the Blavatnik Family Foundation headed by the American philanthropist Len Blavatnik, identifies Yale’s most commercially promising discoveries and provides that essential early-stage funding, along with pitch training, marketing support, connections to experts, and exposure to investors. To date, five companies and one major licensing agreement have emerged from Blavatnik Fund award-winning projects at Yale, and over 30 startups have been founded by Yale faculty members who were finalists and semifinalists for the annual award.

While financial support — up to $300,000 per project — is critical for moving discoveries forward, said Bill Wiesler, director of the fund at the Yale Office of Cooperative Research, “It’s not just money. There’s a whole process we have afforded faculty to really refine their pitch through several rounds of meetings with executives and investors.”

The Blavatnik application process is designed to help faculty shift their mindset from a focus on scientific discovery for discovery’s sake to discovery aligned with commercial opportunity. Thirty-six semi-finalists participated in a public Pitchfest on Dec. 6 at the New Haven offices of Alexion before an audience of 350. It was an opportunity for them to showcase their discoveries and take home $1,000 preliminary prizes.

At this year’s Pitchfest, Ranjit Bindra, M.D., associate professor of therapeutic radiology, won “Best Presentation” for his cancer-fighting drugs; Peter Glazer, M.D., chair of the Department of Therapeutic Radiology, won “Highest Potential Impact” for a new antibody-based gene editing technology; Ya Ha, associate professor of pharmacology, won “Most Innovative Breakthrough” for his therapy to target a genetic abnormality associated with cancer; and Choukri Ben-Mamoun won “Most Valuable Pitch” for his first-in-class antifungal agents.

All semi-finalist pitches will later be reviewed  by the Blavatnik Fund board, comprised of 10 leading executives and investors from successful life sciences companies. Blavatnik Fund award winners are announced at the Yale Innovation Summit in May.

The following is a look at three faculty members who have won Blavatnik Fund awards recently and used them to turn their academic work into commercial enterprises.

“Now, I see the financial potential behind so many more things,” said Sterling Professor Anna Pyle of the Departments of Molecular, Cellular and Developmental Biology and of Chemistry, whose lab is making cancer-fighting molecules and super-potent anti-fungal compounds. 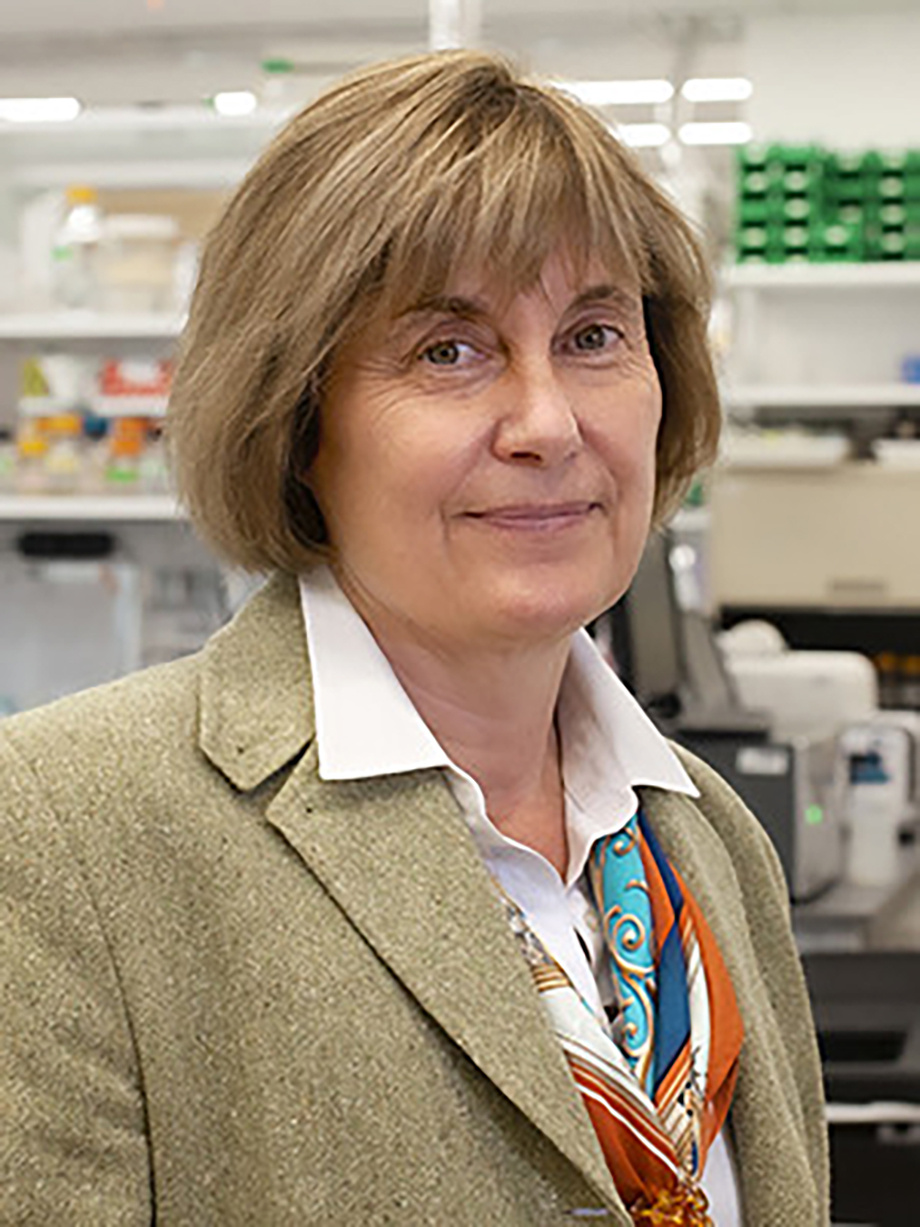 A three-time Blavatnik Fund awardee, Pyle won most recently for her work on antimicrobials, which act on RNA molecules to stop fungal infections common in bone marrow transplants. Unlike current antimicrobials, hers would have no side effects, allowing them to be used, for example, in treating neonatal patients who develop invasive fungal infections.

Pyle’s earlier awards were for her work on a virus-fighting synthetic RNA molecule, developed with researcher Akiko Iwasaki, professor of immunobiology and of molecular, cellular, and developmental biology. The molecule they created tricks the body into thinking there is a virus inside the tumor, activating the powerful T-cells to attack. Pyle and Iwasaki are talking with physicians and oncology experts to determine which disease their drug candidate would be most useful for. Next they’ll launch a clinical trial.

“When you’re a scientist like me running a lab and teaching, you don’t have the bandwidth to consider the commercial possibilities unless someone walks you through the process,” said Pyle, who has since advocated for other scientists to consider commercialization. “Some don’t realize that protecting intellectual property and developing innovations is not selfish,” she said. “You’re doing something good for society.”

“Usually, investors hear the word ‘antimicrobials’ and they run away,” she said.

It is also true of the groundbreaking discoveries in phage therapy happening in the lab of Paul Turner, the Rachel Carson Professor of Ecology and Evolutionary Biology. Turner and his team are developing viruses called phages to treat bacterial infections, the next frontier in treating drug-resistant bacterial infections. “Phages” is short for bacteriophages or “bacteria eaters.” 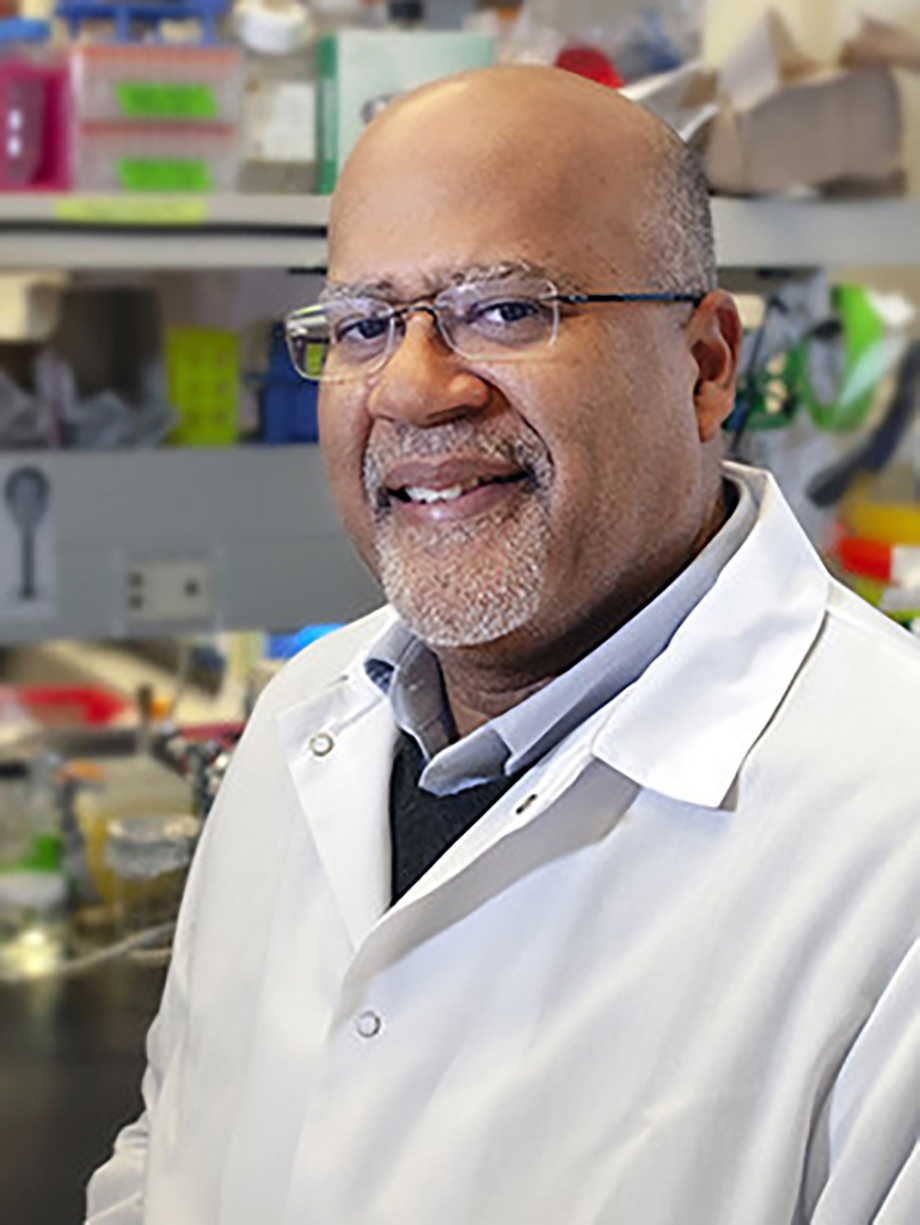 There is a growing need to develop a next-line-of-defense to attack infections resistant to antibiotics. A new report from the Centers for Disease Control and Prevention finds that antibiotic-resistant bacteria and fungi cause more than 2.8 million infections and 35,000 deaths in the United States each year. On average, someone in the U.S. dies from an antibiotic-resistant infection every 15 minutes. In what has been dubbed a “medical climate crisis,” researchers warn that, by 2050, more people will die from antibiotic resistance than from cancer.

But “pharmaceutical companies are not cranking out new antibiotics,” Turner said, because the purpose of these drugs would be “to sit on a shelf” waiting for extreme-use cases. “It makes no money,” he said.

Turner has twice won Blavatnik Fund awards for the promise of his research. His startup, Felix Biotechnology (named for Felix d’Herelle, the Yale faculty member who discovered the almost-magical properties of phages in 1917), is turning phage discoveries into therapies for antibiotic-resistant infections. Felix Biotechnology was named the best startup of the year on Nov. 9 in the Falling Walls Venture competition, an international competition focused on breakthroughs in science and technology.

Turner’s lab collects phages from the surrounding New Haven environment and sites around the world. They are found in fresh water, in brackish water, in soil, and even sewage treatment plants. In samples from the Long Island Sound his lab has found phages that show potential for treating cholera bacteria. As the researchers find promising candidates, they add them to the hundreds in their phage library to find possible matches for patients suffering drug-resistant infections.

Patients like Paige Rogers, a 21-year-old from Texas with cystic fibrosis who had developed an untreatable lung infection, a “superbug.”

Her father contacted Benjamin Chan, an associate research scientist in Turner’s lab, who found a phage that matched the bacteria in her lung, which doctors administered to Rogers. After multiple rounds, Rogers reported feeling better than she had in years. Not only did the phages reduce the infection in her lungs, but they made the remaining bacteria sensitive to antibiotics once again. The story was featured as part of the Netflix documentary series “Follow This” and in the November issue of Scientific American.

So far, 13 patients have been successfully treated by phages from Turner’s lab. But the Blavatnik Fund is making it possible for the researchers to launch a much broader clinical trial in partnership with the Yale Adult Cystic Fibrosis Center and other hospital sites.

“I did not come to Yale wearing an entrepreneurial hat,” said Turner. “But I started interacting with OCR and learned about the Blavatnik Fund, and it has advanced our efforts and allowed us the confidence to create this startup.” 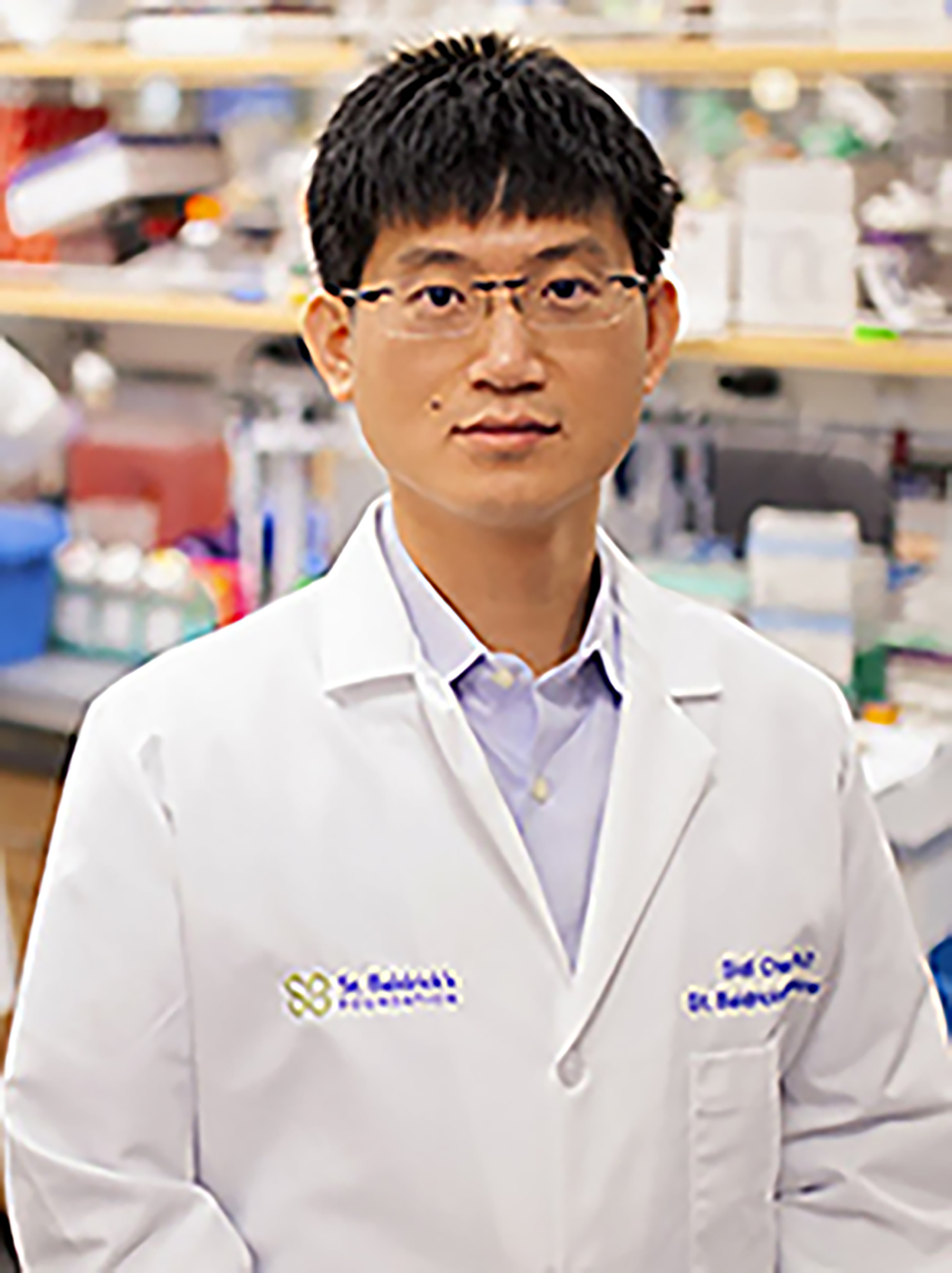 It was a clearer path to commercialization for Sidi Chen, assistant professor in the Department of Genetics and Systems Biology Institute and member of the Yale Cancer Canter, whose lab is discovering new targets and therapies for cancer. He’s developing better ways to fight cancer using immunotherapy, the most buzzed-about cancer treatment.

Immunotherapy, which activates the body’s immune response to target tumors, is highly effective when it works. But 70%-80% of patients don’t respond to existing treatment. Chen’s lab uses cutting-edge gene editing tools called CRISPR to find new genes that are tied to tumor growth and could be targets for drugs. The Blavatnik Fund allowed Chen to pilot the development of two new cancer-fighting compounds.

“The Blavatnik Fund also gives us a stage to interact with people in the industry and the biotech world,” he said.

Chen needed the guidance that the Blavatnik Fund process provided in how to think about — and how to present — the science, he said.

“In the regular academic, world, you develop discoveries, write papers, and give presentations,” Chen said. “The goal is to advance foundational understanding.”

His new aims, he said, are to communicate clearly about the new therapies he can invent — and deliver them.

“That’s a big goal — to help people,” Chen said. “Along this line, we will focus on how to translate our discovery to find the ones with opportunities to unfold clinical impact.”

His lab is working in six directions, mostly focused on cancer. Each, he said, could be a full-blown clinical research program. As certain paths prove more promising than others, they’ll get more attention, with guidance from OCR and Blavatnik Fund-affiliated investors and executives.

“It’s long been my career mission to make a difference and help cancer patients,” said Chen, “but developing therapeutics is complicated. With support from OCR, the Yale Cancer Center, and people from industry, I am devoting efforts to make it happen. We have the program here to unleash the research to make a difference.”

The Blavatnik Fund at Yale: from investment to impact in 2019

Former awardees of the Blavatnik Fund for Innovation at Yale discuss the impact their award has made on their research and the need for continued investment in biotech innovation. This video was unveiled at the 2019 Yale Innovation Summit.

Submitted by Shelby Harris on December 09, 2019