In many ways, we are our memories. What we remember about who we are, who we love, and what we have done. Loss of memory through Alzheimer’s disease and other dementias, which affect women more than men, represent a profound loss of self.

But scientists are only beginning to understand how memories form, how they are stored, how they are accessed later, and how these processes break down with age and disease. They know even less about the influence of sex and sex hormones on memory, which is why Dr. Karyn Frick has dedicated her career to exploring this subject.

“When we look at specific cell signaling and receptor mechanisms in the brain that are essential for estrogens to facilitate memory in males and females, we find that they differ between the sexes,” said Frick, a Distinguished Professor of Psychology at the University of Wisconsin-Milwaukee. “It is important to understand how these differences affect brain health if we are to design treatments to address memory impairment that work for both women and men.” 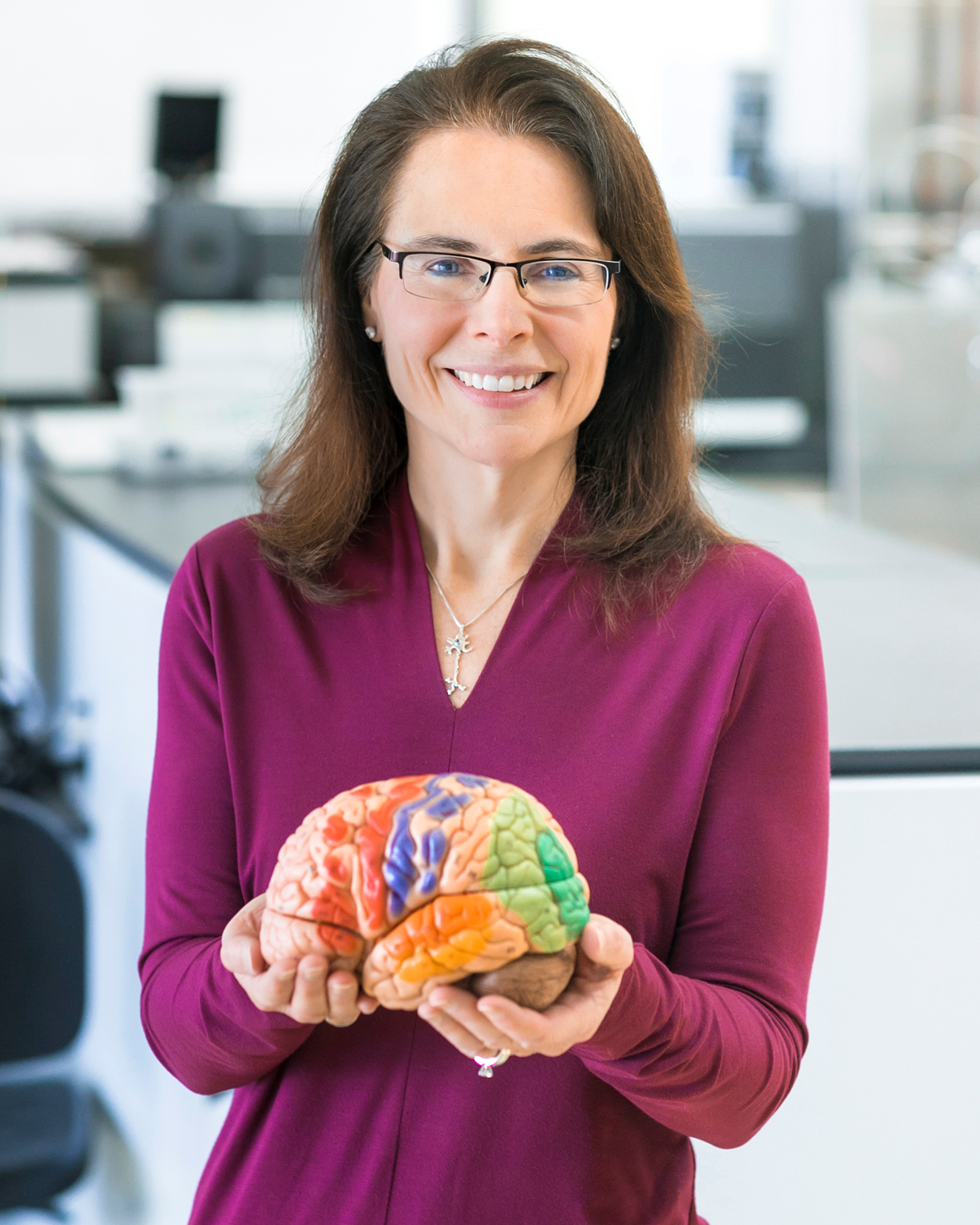 In the United States, 2/3 of adults with Alzheimer’s disease (AD) are women, a difference that cannot be entirely explained by the average longer lifespan of women. Dr. Frick and her colleagues are learning how biological mechanisms drive this higher prevalence of AD in women and affect other aspects of memory and dementia. At the invitation of Women’s Health Research at Yale Director Carolyn M. Mazure, Ph.D., Dr. Frick presented her most recent findings at a virtual Grand Rounds presentation in February sponsored by the Women’s Behavioral Health Division of Yale School of Medicine’s Department of Psychiatry.

Frick, previously a Yale faculty member and the recipient of an early WHRY grant before being recruited by the University of Wisconsin-Milwaukee in 2010, has continued her research on the capacity of estradiol, the most biologically active form of estrogen, to improve memory. A large earlier study associated with the National Institutes of Health Women’s Health Initiative had found hormone therapy (estradiol with a form of the hormone progesterone) significantly increased cognitive decline. This was a curious finding, because researchers believe the rapid loss of estrogens at menopause leaves brain cells vulnerable to the detrimental effects of aging, which contribute to the loss of memory function seen in dementia.

Dr. Frick has demonstrated using a mouse model that estradiol administered directly into the brain’s hippocampus within three hours of exploring an object successfully increased female subjects’ ability to identify and locate the objects later.

Critically, this effect occurred more quickly than possible through the previously understood mechanism for how hormones affect cellular functioning and without the necessity of administering estrogen throughout the body, which could lead to adverse effects on the lining of the uterus. These findings have led to the further work of Dr. Frick and her team — namely, to fully understand the mechanisms that underlie the role of estradiol in memory so that next-generation treatments can specifically target these mechanisms and avoid the potential for negative side effects of systemic estrogen therapy.

Dr. Frick’s team subsequently showed how the administration of estradiol directly to the hippocampus region of the brain rapidly triggered creation of the spiny projections of dendrites, the branched ends of nerve cells that form connections with other nerve cells, without travelling the slower, more “classical” route of dendritic formation through the cell’s nucleus. This more direct, local pathway allows the cell to more quickly join with other nerve cells and increase what is known as plasticity, the brain’s ability to change its structure and improve cognitive function. Dr. Frick has also identified specific pathways in which cells signal one another, which when blocked in females prevent estradiol from promoting the localized creation of dendritic spines.

In addition, Dr. Frick has discovered that males — who often possess comparable levels of estrogen levels to premenopausal females — do not utilize the same signaling pathways to enhance memory formation, a finding with significant consequences for drug development.

“If we design drugs to target a specific mechanism that, it turns out, is only important in one sex and not the other, then resulting treatments will be ineffective for half the population, which is a problem for dementia and likely many other diseases,” Frick said. “Fortunately, the National Institutes of Health’s mandate for requiring grant applicants to study sex as a biological variable [SABV] has propelled more investigators to examine sex differences at multiple levels of analysis. As a result, more papers are showing sex differences in biological medicine where people hadn’t looked before.”

More recently, Dr. Frick’s lab has found that blocking the two cell signaling pathways that she identified not only prevents estradiol in females from increasing dendritic spines in the hippocampus but also in the prefrontal cortex, an area of the brain important for judgment, decision-making, and certain forms of memory that deteriorate in aging and Alzheimer’s disease.

To investigate how these two brain regions might interact with estradiol and regulate memory in her mouse model, Dr. Jennifer Tuscher, a former member of Dr. Frick’s lab working at the time on her doctoral thesis, used a virus to inactivate the section of the prefrontal cortex where estradiol normally induces dendritic spinal growth. Without the fully functional prefrontal cortex, administering estradiol in the hippocampus no longer enhanced memory.

“This showed us that these two brain regions are working together to help estradiol enhance memory,” Frick said. “This was not something that had been studied in the field before because so much attention was placed on the hippocampus alone.”

Current work in Dr. Frick’s lab seeks to understand how the hippocampus and interconnected brain regions function as a circuit to facilitate the effects of estradiol on memory.

Dr. Frick is also working with a mouse model that replicates aspects of both early- and late-onset Alzheimer’s disease to determine the mechanism behind differing responses to estrogen therapy involving three forms of a gene known as apolipoprotein E (APOE). Women who express two copies of the APOE4 form are at greatest risk of AD but derive the fewest benefits from estrogen therapy. Dr. Frick has seen similar effects in her mouse model and hopes that analyzing the brains of these mice can reveal why.

“The pathology of Alzheimer’s disease starts 10-20 years before diagnosis,” she said. “If we can identify women who are at greatest risk and determine why their brains stop responding well to estrogens as they approach menopause, then perhaps we can treat in early middle age with therapies that maintain estrogen responsiveness and delay the onset of disease by keeping brain cells healthy longer.”

Dr. Frick and her colleagues have formed a new company, Estrigenix Therapeutics, to develop drugs that will target the beneficial type of estrogen receptor without activating the estrogen receptor associated with the potential adverse effects of hormone therapy.

“In a mouse model, our lead candidate compound reduces hot flashes and enhances memory when delivered orally,” Frick said. “We are hopeful to test and market this, so we can provide relief and longer, healthier lives for a growing population of women who deserve to remember.” 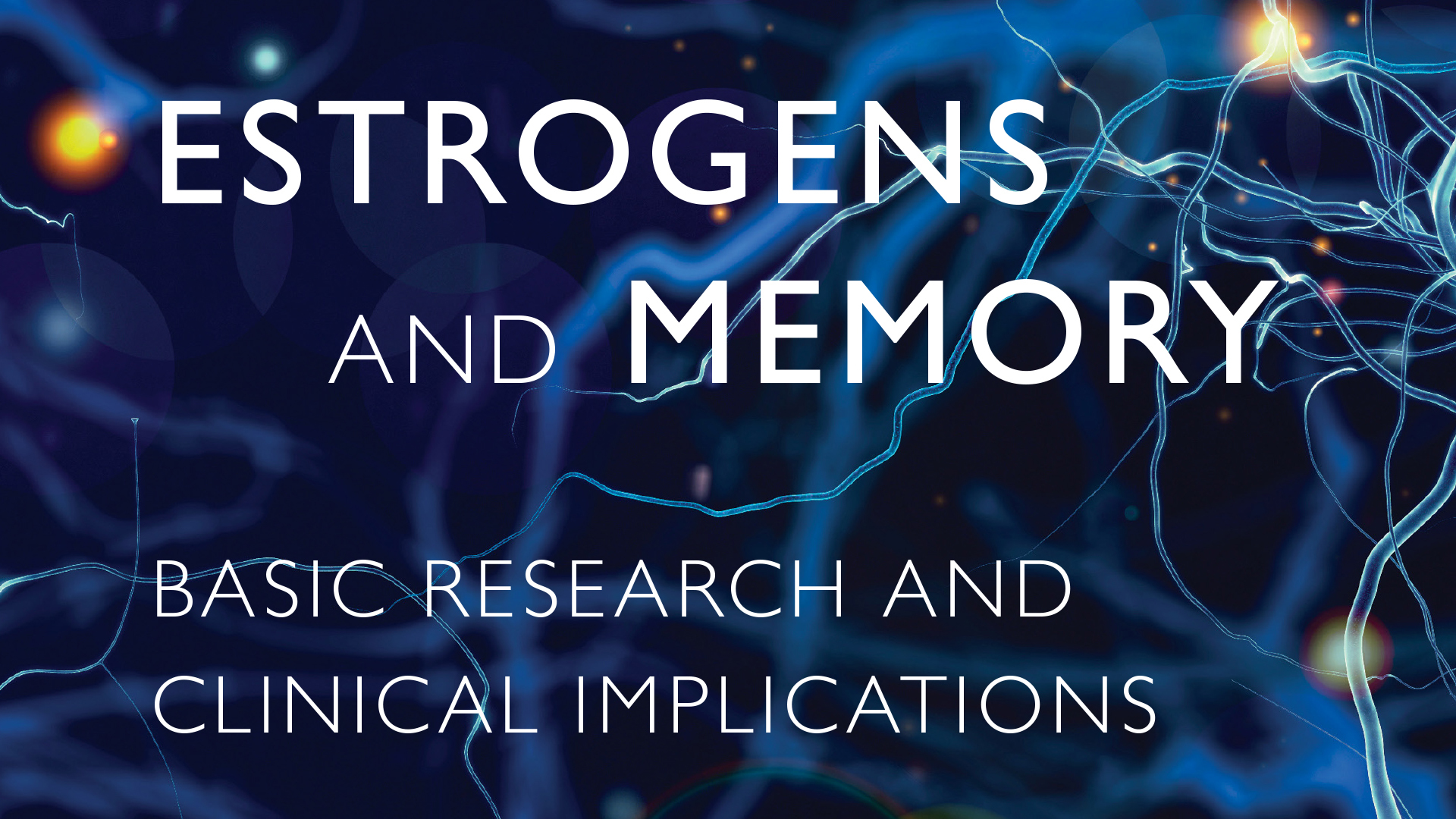