'Meet Our Speakers!' Dr. Jodi Nunnari (PhD) in an interview 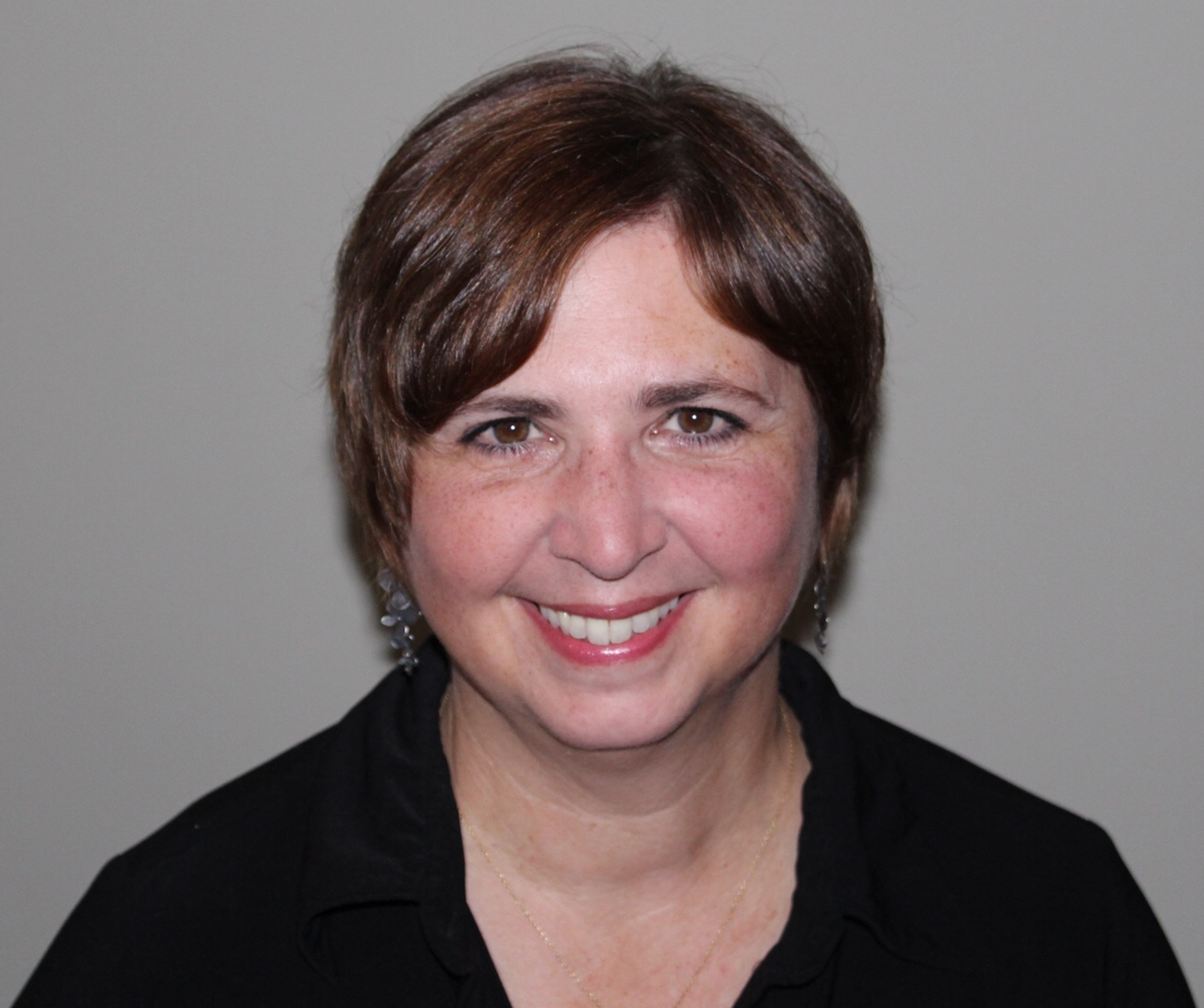 ‘A lot of super resolution imaging’ with deconvolution is performed in the Nunnari lab to ‘squeeze as much resolution as possible’ and make ‘it the best it can be’. Ultimately, to study localization, distribution, dynamics and motility of mitochondria and the ‘coordination of replication with division, with motility and […] ER contact sites’. The combination of biochemistry in-vitro approaches with high tech microscopy ‘including spinning disc’ to ‘recapitulate for reactions or partial reactions [visible in the cell]’ was ‘for a long time the power in the lab’ and allows to perform ‘very detailed mechanistic analysis’. The lab is also interested in ‘how the cells’ state read out through metabolism, or signaling pathway’ involving mitochondria, all in the big scope of deciphering the mechanisms responsible for mitochondrial division, fusion and behavior.

‘Most cell biologists are very good at […] [combining different techniques] to a model’. Dr. Jodi Nunnari as well, she started to work on mitochondria ‘because it has its own genome’ during her PostDoc time in Peter Walter’s lab at University of California, San Francisco (UCSF), when ‘yeast cell biology experienced a real renaissance.’ Always with the view on the ‘systems properties’ to translate the mitochondrial genome, she set up the genetics and expanded her expertise with taking a microscopy course in Woods Hole, MA, where she met Jennifer Lippincott-Schwartz. With the discovery of the GFP at that time, Jodi Nunnari ‘knew that [this] was going to be really important.’ Using her acquired knowledge, she took some of the first super-resolution images together with Wallace F Marshall ‘to describe in yeast both the matrix protein behavior and genome’ in a system where cell fusion was analyzed in ‘opposite mating types ‘. The differential labelling of the components made it possible to observe their sorting. Following a finding in the 60s showing that the ‘mitochondrial genome inheritance in yeast was not random’, but rather dependent on the location of the forming bud, Jodi Nunnari and Wallace Marshall (with involvement of Andrew Murrays’ lab) discovered ‘that while proteins are able to freely diffuse, the genomes stay segmented.’ With ‘nothing besides this’, the Nunnari lab was able to find the ‘genes required for mitochondrial fusion’ resulting from a forward screen for genes stabilizing mitochondrial DNase. The creation of TS alleles to look for suppressors finally lead to the discovery of the mitochondrial fission machinery and laid the pavement for the field of mitochondrial dynamics.

The path as a scientist opened to her in high school, after she met her husband – ‘a straight A student’ – which woke a competitive and high achiever nature. Dr. Jodi Nunnari went from ‘being a bored bad student, who skipped class a lot’ to an exemplary student. Special interest caught the chemistry class, taught by a female PhD, where she was able to do a first independent study. The joy of ‘putting data together’ with the natural talent, results in ‘spending the senior year in the chemistry lab’, which continued as soon as she entered the College of Wooster, Ohio. As a freshman she ‘was immediately in the [Organic Chemistry] lab doing research’. By that time, there were no intentions of taking biology classes, yet following the recommendation of her advisor, she turned ‘last minute’ to biology. At the same time her sense for justice grew, and she devoted her time for women equity, even ‘almost minored in political science’.

When the cold room becomes your ivory tower

During her time as PhD student in Lee Limbird’s lab in Vanderbilt University Nashville, Tennessee, she would spend 6+ hours every day in the cold room ‘frozen solid’, ‘dissecting out cortical brains from pigs to purify […] 100 000 fold membrane receptor’, which were needed for assays in their maintained activity state. Radioactive assays on ‘hundreds of gel filtration columns’, ‘really powerful affinity chromatography’, ways to solubilize membrane receptors, preparing liposomes and reconstitution with G-proteins, these are some of the cold room stories published in several papers in her very efficient 4-year PhD. Basically ‘lived in the coldroom’ and ‘science was all [she cared about]’. As she finished her PhD and left, she even received a miniature cold room to bring with her, so she would not take the breakup to her special relationship with a heavy heart. Even though in her first article as ASCB president, Dr. Nunnari calls out her late incorporation and involvement in advocacy or other aspects of science [2], this is not entirely true. As a student she was ‘really passionate’ in running the womens’ resources’ center in town. After her PostDoc she might not be involved in that resource center but still wanted to ‘put [her] effort where it makes a difference.’ As a professor, Dr. Nunnari incorporated ‘more close to home aspects of science, which is advocacy, mentoring all that […] as part of a whole.’

You never measure just on your research alone and you shouldn’t be!

Beside great science Prof. Dr. Nunnari is also highly involved in the cell biology community as editor-in-chief of the Journal of Cell Biology (JCB), president-elect of the American Society of Cell Biology in 2018, member of National Academy of Sciences and since 2020 EMBO member, just to mention a few. When accepting the job as editor-in-chief of JCB, she was ‘honored’ but ‘overwhelmed’ at the same time since she ‘felt still a bit too junior’. Now, she advocates for the authors, and sees her role ‘as a verdict for the authors’ improving the attitude of JCB from ‘a bit of a club’ to a journal fostering the ‘real intellectual partnership between academia and professional editors’. Teaming up with Rebecca Alvania, who she is still in contact with, they improved the interaction between authors and editors so more ‘discussion and analysis’ is involved, which ‘makes things stronger’.[1] ‘There is no size fits all’. In comparison to other journals (‘elife’) she ‘acknowledges and accommodates’ the choice for the authors, giving them opportunity to submit the paper to biorxiv, but not pressuring that. This stands in contrast to journals publishing the whole the process even though the paper might be rejected, to tackle ‘reviewer fatigue’. Reenacting on the one hand but emphasizing the arising of other problems on the other hand: ‘it really disadvantages […] potentially underrepresented people […]’. The wish for fairness in science, not exclusively, but also for women and other disadvantaged scientists ‘fueled’ her already during her studies in college, later in her PhD studies up to her time as professor.

In Dr. Jodi Nunnaris analogy, a complete scientist is ideally like a ‘proverbial stool’, stable only ‘with three legs of the same length representing science, outreach/public policy and mentoring/leadership’. Exceptional science ‘that transformed her field’ (Ralph J. Hexter, interim chancellor of UC Davis)[3], positions as editor in several journals and her role as professor and chair make her ‘feel complete’ and ‘advocate for the research mission and mentoring the junior faculty’. The responsibility to provide best education and early scientific experience for students is well perceived, and mirrors in the high number of undergraduates that join the Nunnari Lab. ‘Those are mostly taken care of by PostDocs’, so that direct mentoring at the bench is assured. Especially one former graduate student of her who stayed as a PostDoc combines ‘research type career and teaching’ and is involved in advising the courses for undergrads. The students are ‘exposed to research and data as quickly as possible’. Prof. Dr Jodi Nunnari is highly supportive of these, especially since ‘a lot of them are URS – underrepresentated or disadvantaged’. A stay in the Nunnari lab not only gives experience but also ‘give them confidence and more time to develop’. The passion and desire to help URS, also stems from her own experiences as a woman in science.

We have to keep pushing and insisting that it gets better!

Despite being a successful scientist, earning lots of honors awards and high reputation, she feels discrimination because of her gender. ‘There are many times when [she is] the only woman in the room’ and to in order to ‘be accepted’ and deliver the message, she feels like she ‘has to diminish [herself]’. Recently she was elected to be a member of EMBO, which adds to her ‘upscale’ achievements that are vastly ‘exceeding expectations’. Even though, there are men in her department voting all her service and success just to ‘met the expectations’. Throughout her career there were some moments were she ‘could have been demoralized’. But mostly, she is ‘upset’ about this problem and that this is affecting not only her. ‘It is not good enough’ to look how much better it is now, but a steady pushing forward and to ‘not rest on your laurels’ is what Dr. Nunnari is aiming for. And she is not alone with that. It is important to point out ‘that the vast majority are not only supportive, but wildly supportive’. They ‘value the work, service and everything’, so with ‘letting the good soak in’ and ‘seeing [good and bad] as a whole’, more confidence is built.

Live the moment but allow it to soak in

Confidence can be natural for some and very hard to gain for others, often influenced by environment and experiences. For Dr. Jodi Nunnari in her early career imposter syndrome was there but she gained confidence in her success by not ‘dwelling on success’ but also ‘allowing yourself to say: I did that [once], I can do it again!’. Same was true for publishing in her own lab: after every “First” (paper, grant submission, reconstitution, assay etc.) was celebrated in the beginning, and ‘it got dull’, now once a paper gets accepted, ‘it is nearly an afterthought’. Saying so, Dr. Jodi Nunnari ‘firmly lives in the moment’ and quickly ‘moves on’ but does not ‘get too far ahead of [herself]’. ‘It would be too stressful to say, I want to do this in 10 years, because you haven’t done it yet.' ‘Wherever it is I want to make a difference, so if I am still working in Cell Biology, I want to advance the field.’ In addition to that, rooting from her owns experiences as a woman in science, she always wishes to improve the conditions for connecting a scientific career and family. ‘Childcare should be affordable’. She could see herself in 10 years ‘passionate and devoted raising money around to make childcare available at UC Davis’.

With all the service and passion to advance beyond the science itself, she encourages for an active balance. ‘No matter what stage you at […] it is really important that you have a balanced life.’ For her, the family with her kids is the first priority. She also shares a hobby with her daughter, which is horse riding more particular dressage. An unique Olympic sport which requires a strong relationship and partnership with the animal and feels to her ‘like dancing with somebody’. Described as the ‘highest expression of horse training’ [4], dressage is the artistic and technically high performance with memorized movements in a certain order. It is ‘all consuming’ – the reason why Prof. Dr. Jodi Nunnari enjoys it. ‘If [in ten years] I just ride my horse, I want to at least feel like I am making progress in my abilities there.’

Whether in mitochondrial Cell Biology, Science advocacy, improving of equity in science, or dressage, we can be sure to hear exciting new stories from Prof. Dr. Jodi Nunnari!