Get to know the speaker of our Cell Biology Seminar series! An interview with Dr. Sara Wickström (MD PhD)

Get to know the speaker!

Exciting, interesting cutting edge science talks are featured in our seminar series! Along with the scientific story that has to be told, there is also the story of our great guest speakers!

How did it start? How is it going? Follow our series on “Get to know the speaker!” 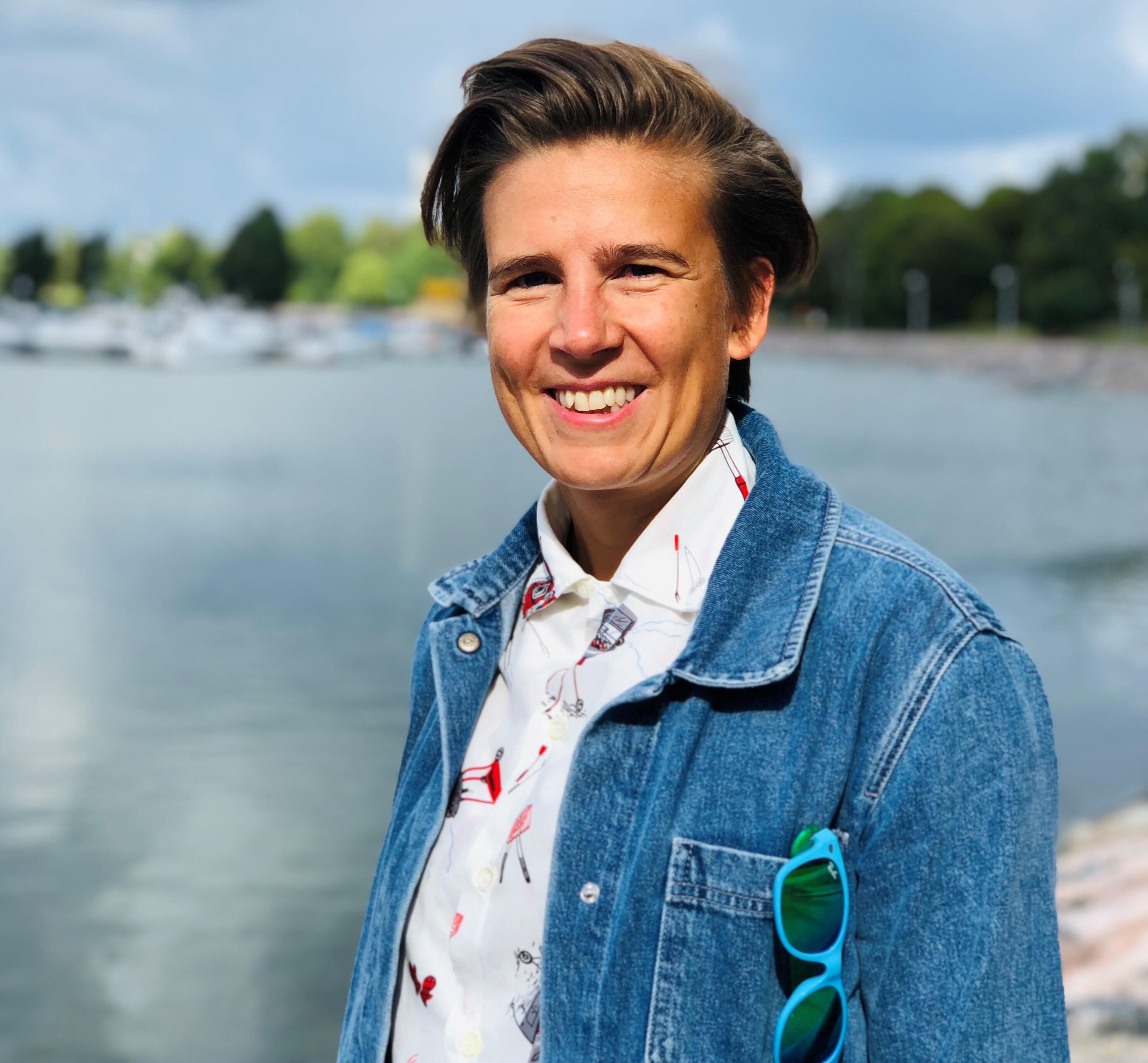 With her team of currently 15 PostDocs and students, Prof. Dr. Sara Wickström studies how adult tissue resident stem cells differentiate and self-renew and how these cell decisions are balanced and coordinated. Her lab is particularly interested in the communication between the cells to achieve a collective fate regulation that integrates single cell behavior into tissue behavior. ‘We think mechanical forces play a role. [They] can relay information across scales on whenever the tissue needs to grow or just to maintain its size.’

From Finland to Germany and back

An idea that traces back to her time in Germany. ‘I wanted to go from studying cell biology of adhesion [in my PhD] to an actual model organism in vivo.’ She did her postdoctoral training at the Max-Planck-Institute for Biochemistry (Munich, Germany) with Prof. Dr. Reinhard Fässler to study cell interactions in the mouse with focus on molecular events. After that, she wanted to dive deeper into the tissue-scale events on epithelial tissue with focus on the skin, which is now her area of interest. ‘There are a lot of exciting cell biological questions, because it is not clear how this multi-layer stratified epithelium is made.’ In 2010 she decided to stay in Germany and started her own lab in Cologne as a group leader at the Max Planck Institute for the Biology of Ageing. ‘Science in Germany is great [...] they are investing a lot in Science funding. The Max-Planck-Institutes are a fantastic place to work because they focus on basic discoveries and invest in people rather than programs. For fundamental research it is really good that you are not forced to do translational stuff just to get money. ‘

Eight years she studied how stem cells are regulated, differentiate and move upwards to form the epithelial tissue before moving back to Helsinki, Finland. ‘In Germany [group leader] positions are not tenured, which is different from the US, they are only for a maximum of 9 years.’ Even though independence as a researcher is a plus in Germany, the bureaucracy is more complicated. ‘What I like in Finland is that things are more easy going here [...], more straight forward and relaxed. There is not so much hierarchy.’

From a MD to a researcher

Back to Finland is back to the roots for her, since she grew up in Helsinki. The suburbs of Helsinki are where her passion for science evolved. ‘In high school, I was just interested in natural sciences, mostly in physics and math and then trying to think about what I should do. I decided to go to med school, because they had this research track where you could start your PhD while being in med school. After I went to biomedical science, I immediately got the feeling that this is what I want to do.’ Even though she always stuck to the aim of becoming a scientist with her own group, she did a short one year stay as a clinician to get a better understanding of clinical medicine and ‘not to have regrets later in life.’ This broad expertise as MD PhD in medicine as well as in basic research is something which lets her and the way she builds her lab stands out. ‘I think translational research is really important . I wanted to work in discovery science but on topics that are important for human health.’ At the same time she has great interest in physics and engineering. And how can you combine this? - By leading a multi-disciplinary research lab with physicists, engineers and biologists!

‘Of course it is challenging.’ To be able to manage the different kinds of expertise within one scope and research area, it takes time for ‘a long-term development’. The ideas of science build while the lab establishes certain technologies. ‘You slowly bring more expertise when you feel comfortable’. But this time investment made it possible to investigate in multiple angles and scales now. ‘We can really go to the scale of molecules [using] NGS, super resolution and atomic force microscopy [...] we can also go all the way to the mouse, [...] make knockout mice and tissue samples. We even study patient samples and that [multidisciplinarity] is what is the specialty of the lab.‘

Communication is the key

Being able to mediate between various fields makes Prof. Dr. Sara Wickström a great communicator. Communication is important not only in her research but especially in her role as a mentor: ‘What I like most is interacting with the students and PostDocs and being involved in their projects. I really want people in my lab to succeed but also to enjoy what they are doing at this point.’ The Wickström lab’s logo says it, they not only enjoy science but also ‘barbecue and karaoke.’ Their fun tradition is to sing together as a group at lab barbecues - even with Helsinki’s unpredictable weather. ‘Once we decided to have a barbecue to welcome our French PostDoc when it suddenly started to snow… we just continued.’

But the weather in Helsinki has its advantages as well. ‘There is a lot of snow right now, so I go skiing and ice-skating.’ Being physically active is how Prof. Dr. Sara Wickstroöm enjoys her free time. ‘Being in good physical shape helps to cope with stress a little bit better.’ Of course there is not much free time while being a professor.

Would she see herself in 10 years from now in the same position?

‘Good question. I don’t know.’ She sees herself doing something in terms of science and maybe still being a professor, supervising students. But could also see herself having a second career. ‘That would be amazing.’ In long-terms, what Dr. Sara Wickström definitely wants to do is: ‘the best science I can [...] I want to stay ambitious in solving questions that I think are important.’ and also promote science. ‘I want people to see that science can also be really fun and discoveries can be exciting.’ For her being a good mentor and helping her students and PostDocs is crucial. ‘I want to be the best mentor I can.’ ‘not sure that I manage at all times, but it is my aspiration.’ She is staying in touch with her former students and PostDocs a lot, she gives career advice and also feedback on manuscripts. With a good mentorship that goes beyond the point of the period in the lab, it is sure to say that Prof. Dr. Sara Wickström does great in achieving her goal as a good mentor.

(Quotes in this article are based on a zoom interview on Feb 4 2021, by Mai Ly Tran, PhD student)