Since 1987, March has been recognized as Women’s History Month when we celebrate and reflect on the often overlooked achievements of women in U.S. History.

While women are honored during International Women’s Day on March 8th as role models, entrepreneurs, researchers, scientists, engineers, teachers, doctors, mentors, workers and more, Women’s History Month focuses particularly on those that have uniquely impacted U.S. history. From March1st to March 31st, we have tweeted about some of the women that contributed ground-breaking research and are pioneers in their scientific community.

During the 2019-2020 academic year Yale celebrated 50 years of co-education at Yale by highlighting stories of the first female undergraduates, graduates and PhDs at Yale and featured Yale women who are making a difference in the world in the context of the 50WomenAtYale150 initiative. A year earlier in 2018, the 100th anniversary of women at Yale School of Medicine (YSM) was commemorated featuring a list of distinguished alumni and faculty of YSM.

Here, we want to set the spotlight on those women in our very own Cell Biology department who have been or are contributing outstanding science in their respective fields. 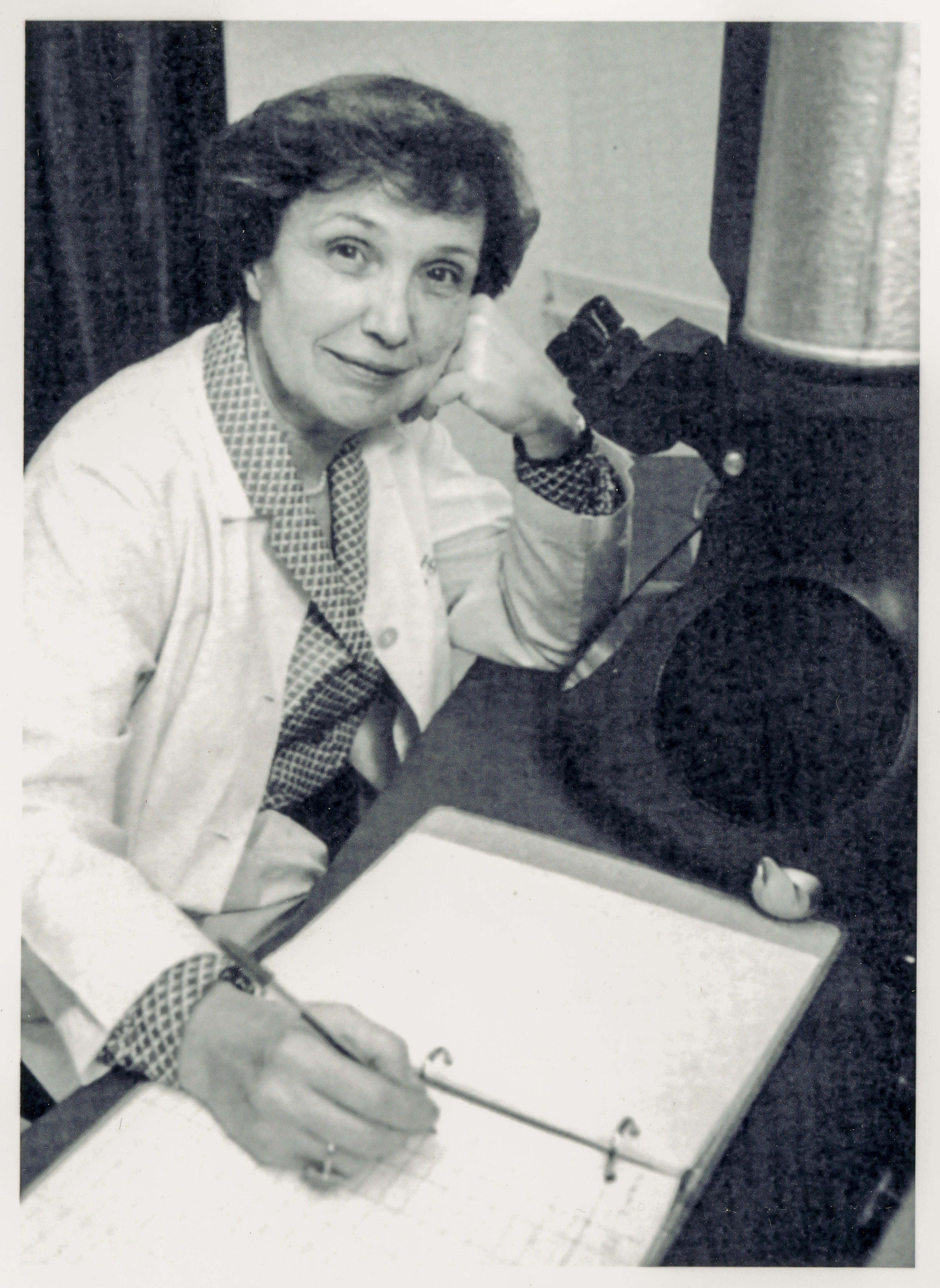 The importance of women in the Cell Biology department was evident during the founding of the department in the early 1970s. Dr. Marilyn Farquhar (1928-2019) formed together with Dr. George Palade and Dr. James D. Jamieson the founding body of the Cell Biology department and developed and drove the Graduate program of the department in 1975. As apioneer in the research of cell signaling and protein trafficking in endocrine and exocrine cells, she advanced the field with her findings on secretory granule membranes. She defined the molecular mechanisms of glomerular filtration and function and was awarded the E.B. Wilson medal - the highest honor granted by The American Society for Cell Biology. Dr. Marilyn Farquhar was recognized as Sterling Professor of Cell Biology and Pathology at Yale and received the Excellence in Science Award honoring women with "outstanding achievement in biological sciences". After her position and service at Yale from 1973-1990, she joined the University of California, San Diego as Professor and founding Chair of Cellular and Molecular Medicine. Her paving of the way with excellence, passion and resilience as an early female scientist will be forever remembered.

In 2022’s Women’s History Month, we not only want to highlight those who have already written the history of our department, but want to also recognize the women who are currently making history with their ground breaking research and invaluable contributions to the fabric of our department.

Female Faculty in our department

Located in the Amistad building, Dr. Shangqin Guo and her lab have been part of the Yale Stem Cell Center for nearly a decade. Their research is focusing on the understanding of cell fate control using three biological model systems: 1) Induced pluripotency (Yamanaka reprogramming), 2) Malignant transformation, 3) Hematopoietic stem cell fate choices. “We wish to use the knowledge of this set of rules to help create desired cell types for cell replacement therapies and to eliminate the emergence of harmful cell types such as cancer.” says Dr. Guo. The resilience and passion in cancer related research has earned Dr. Shangqin Guo several publications in high impact journals, such as Cell and Nature communications. She has also been awarded a number of accolades and honors, among those the New Innovator Award in 2016, one of four grants within the NIH’s High-Risk, High-Reward Research Program to fund “exceptionally creative” scientists who produce innovative, high-impact research proposals. The Guo lab supports the Lion Heart foundation dedicated to breast cancer research at Yale and Dr. Guo was among the grantees in 2021 for the project “Activating MKL1/SRF Pathway to Target Breast Cancer Metastasis”. Recently, the Yale Cancer Center leadership selected Dr. Shangqin Guo along with Dr. Rong Fan (PhD, Prof. of Biomedical Engineering and of Pathology) as recipients of the 2021 Class of ‘61 Cancer Research Awards. Young members of the Yale Cancer Center are recognized annually for “significant accomplishments and expectation for future outstanding contributions in cancer research”.

Leading the LusKing lab together with Dr. Patrick Lusk in the BCMM, Dr. Megan King approaches cell biological, biochemical and biophysical questions of the nucleus and nuclear envelope using multiple models and expertise in multiple disciplines, described on the LusKing website (or summarized in this podcast by the Yale Journal of Biology and Medicine). In brief, the lab is interested in answering the big questions on communication across the nuclear envelope, nuclear integrity and organization as well as quality control in the context of environmental changes, aging and disease.

Her interest in the functions and disease-related mechanisms of the nucleus already fascinated her during her postdoctoral training with Dr. Günter Blobel at the Rockefeller University, where she discovered new mechanisms for the targeting and function of integral inner nuclear membrane proteins. Her mentor during her Postdoc left an everlasting impression on her, “with intuition and fearlessness towards science that she tries to realize herself” (from ascb interviews). With the start at Yale as group leader in 2009, she became a great, supportive mentor and received several awards for the fruitful research of her lab. In 2011 Dr. Megan King was recognized as a Searle Scholar and received the NIH New Innovator Award. As Associate Professor (since 2015) of Cell Biology and Molecular, Cellular and Developmental Biology, Co-leader of the Yale Cancer Center research team and most recently appointed as an Allen distinguished investigator (2020), she is a role model for female scientists. Apart from her scientific career, she also inspires other young researchers with her efforts in improving diversity, equity and inclusion (DEI) in STEM and thereby focusing on first-generation, low income students. Dr. Megan King is not only proactive about advancing a more inclusive scientific community for her students but also in advancing the work environment for her colleagues. Together with Dr. Horsley, she successfully achieved an extended paid child rearing leave policy at Yale with support from Frances Rosenbluth. 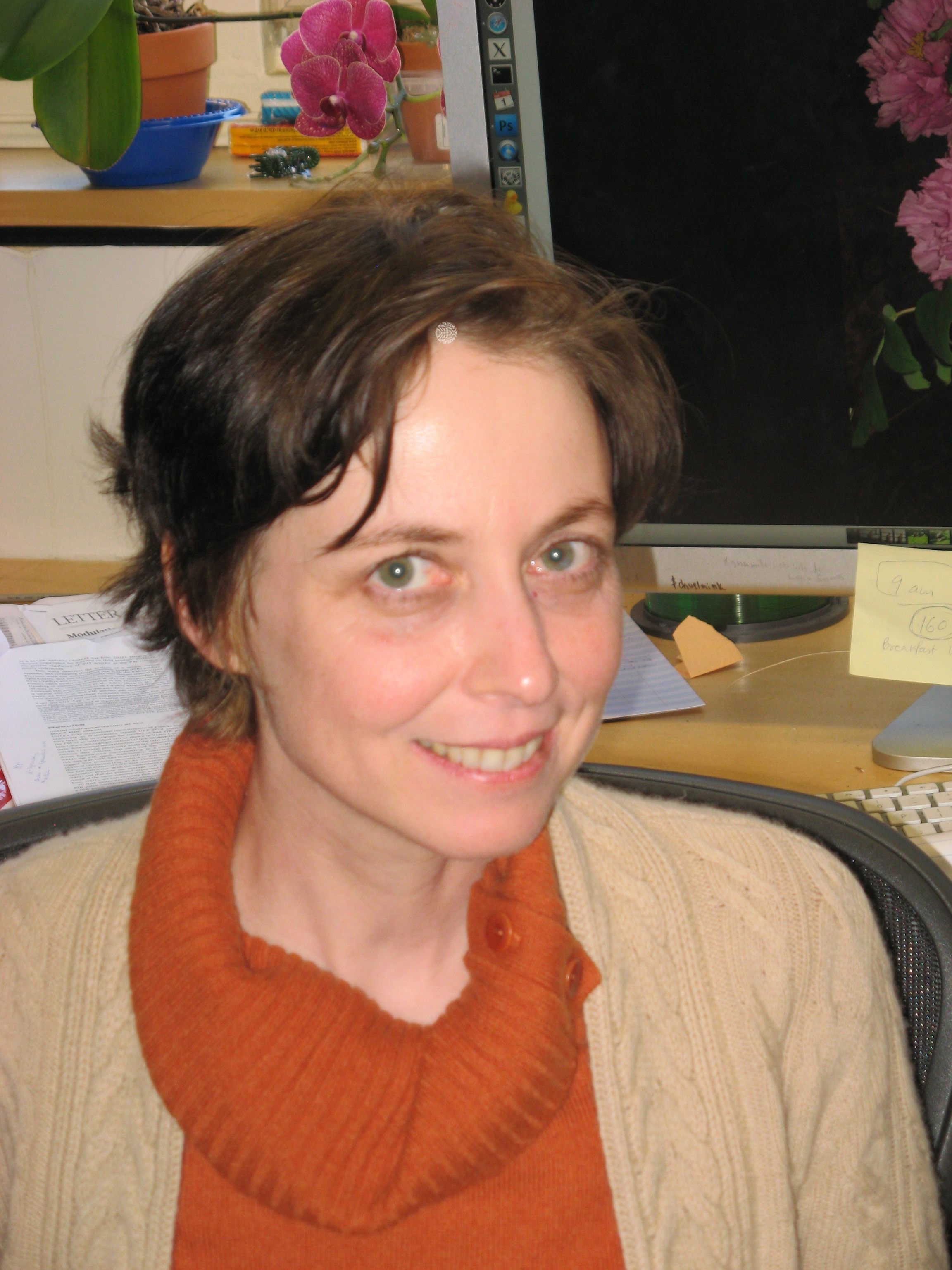 Dr. Karin Reinisch is well known not only for introducing the speakers every Friday for progress reports in the Cell Biology seminar series, but also as the director of graduate studies. For over 20 years Dr. Reinisch has been part of Yale as faculty and holds a position as David. W. Wallace Professor of Cell Biology and Molecular Biophysics and Biochemistry (MBB). Initially, she was trained as a chemist from Harvard University under William N. Lipscomb, but found her passion during her postdoctoral time in the lab of Stephen C. Harrison, while solving the crystal structure of the reovirus core (Nature 2000). Now, with her as a structural biologist, her lab collaborates with many labs at Yale and supports her colleagues with her expertise ‘on multiple different aspects of membrane trafficking’. In an interview in 2013, Dr. Reinisch describes her work as "more like thematic collections of short stories than a full-length novel.’’

Ever since the founding of the Reinisch lab in 2001, she has been focused on the understanding of the molecular mechanisms by which membrane composition is established and regulated. Phosphoinositide lipids, which define organelle identity and are critical in signal transduction pathways are of particular interest to her. “We are studying the structure and function of the protein complexes involved in making and degrading phosphoinositide lipids as well as lipid transport proteins that modulate membrane composition by transporting lipids between membrane bilayers at so-called membrane contact sites.”, as detailed on the Reinisch lab Webpage. A combination of X-ray crystallography, Electron Microscopy, biochemistry and biophysics is applied to understand structure and function, followed by testing of hypotheses arising from these studies using Cell Biology. Underlining her exceptional expertise as a structural biologist, Dr. Reinisch received a grant in 2020 for ’Impaired Integration of Organelle Function in Parkinson’s Disease’ from the Michael J Fox foundation where she collaborates with Pietro De Camilli, Shawn M. Ferguson, Kallol Gupta and Timothy A. Ryan (Weill Cornell Medical College NY).

Dr. Julia von Blume moved from the Max-Planck-Institute for Biochemistry (MPIB) in Germany (Martinsried, Munich) to Yale Department of Cell Biology in early 2019 and is currently an Associate Professor of Cell Biology. While the location of the laboratory changed, Dr. von Blume stayed with her research interest in protein trafficking and secretion. Her passion for the field awakened during her postdoctoral work in the laboratory of Vivek Malhotra at University of San Diego (UCSD), USA and Centre Regulacio Genomica (CRG), Spain, where she discovered a novel sorting mechanism for secretory proteins. The major components that regulate this unique sorting process include F-actin, cofilin, the Golgi Ca2+ ATPase SPCA1, Ca2+, and Cab45. As independent group leader at the MPIB, she received several highly sought-after grants, such as the ‘Heisenberg grant’ and ‘Plus 3’ research funding. Dr. von Blume and her lab could define mechanistic insight into the Ca2+-dependent Cab45 based sorting mechanism of soluble secretory proteins by establishing the importance of Cab45’s oligomerization for sorting and activity of Golgi Kinase Fam20C as factor for vesicular packaging, budding and finally secretion into sphingomyelin-rich vesicles. At Yale the von Blume lab is focusing on the sorting processes happening at the trans-Golgi network while working in tight collaboration with the Burd lab on the 4th floor of the C-Wing of the Sterling Hall of Medicine. A combination of cell biological, biochemical and high-end microscopy methods are frequently applied to elucidate protein sorting at the TGN. Dr. Julia von Blume supports her lab members tremendously, which enables them to contribute to the scientific community in the Committee for Online Community and the DEI committee. 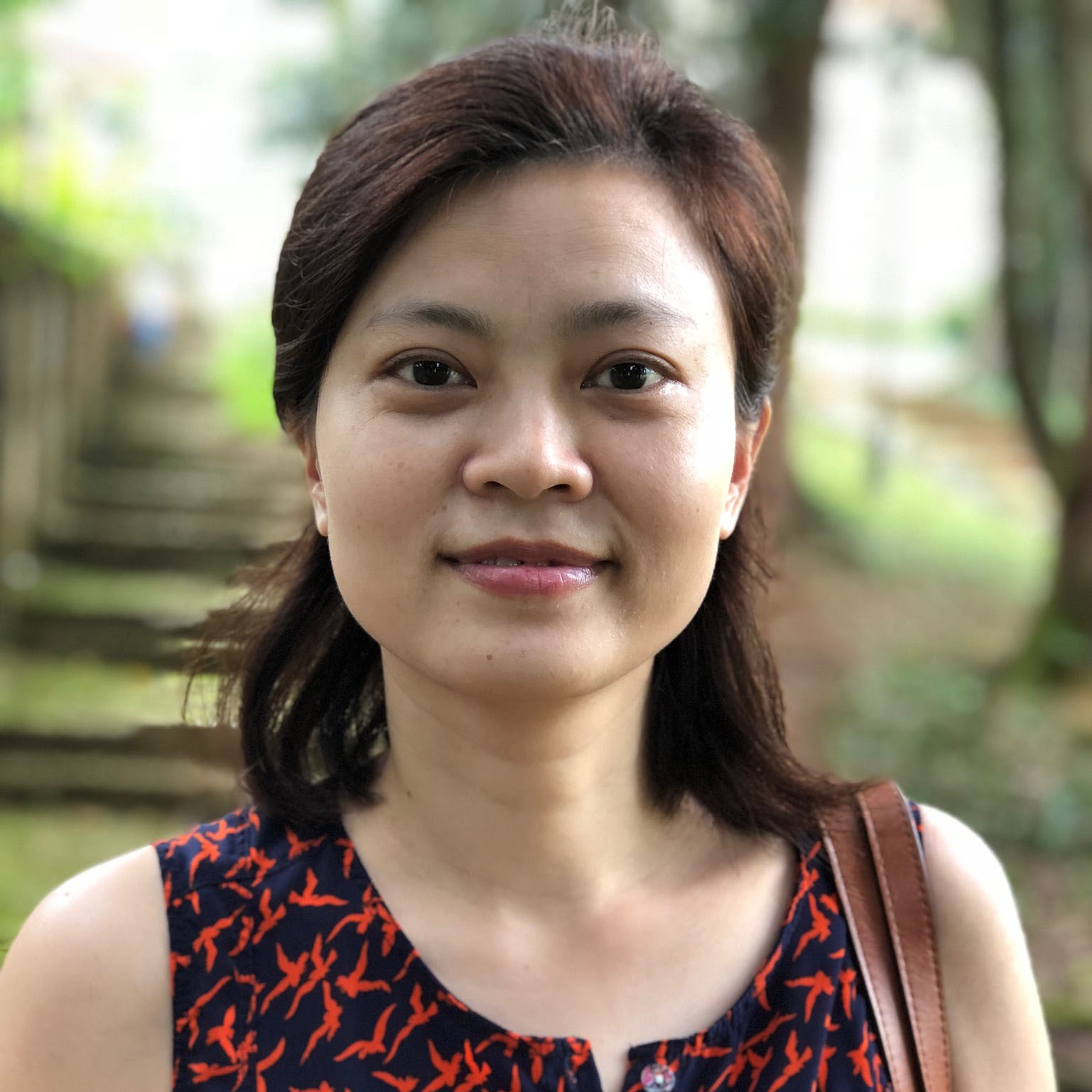 The most recently recruited female faculty in the department of Cell Biology is Dr. Min Wu, who joined as Associate professor of Cell Biology in 2020. Already before, she worked during her postdoctoral training at Yale with Pietro De Camilli, where she developed a cell-free reconstitution system for endocytosis, before leaving for the National University of Singapore as an assistant professor in 2011, conducting research as a principal investigator of the Center for Bioimaging Sciences, a principal investigator of the Mechanobiology Institute and a National Research Foundation fellow. In 2018, Dr. Min Wu was promoted to a tenured Associate Professor. At Yale the Wu lab studies single cell pattern formation, cell oscillations and traveling waves and works to understand how nonlinear dynamics can be employed as a conceptual framework to understand fundamental cellular processes such as cell growth, cell division, and cell size control. Besides her work as an Associate Professor and PI of her lab, Dr. Min Wu engages in the efforts of the DEI committee to advance diversity, equity and inclusion in the department of Cell Biology.

These passionate and inspiring female faculty are role models, mentors, colleagues and friends for all the young women students and researchers in our department and across Yale. We are grateful that they call our Department home.