The Yale School of Public Health mourns the loss of Katrina Clark, a particularly distinguished alumna and a long-time champion of health care for residents in one of New Haven’s most disadvantaged neighborhoods.

Katrina, M.P.H. ’71, was named director of the fledgling Fair Haven Community Health Center (FHCHC) in 1973. She would hold the position for more than 40 years and oversee FHCHC’s expansion from a storefront clinic into a pillar of the city’s health care system. Today, FHCHC has some 65,000 patient visits annually and offers a range of health services to people who might otherwise go without. 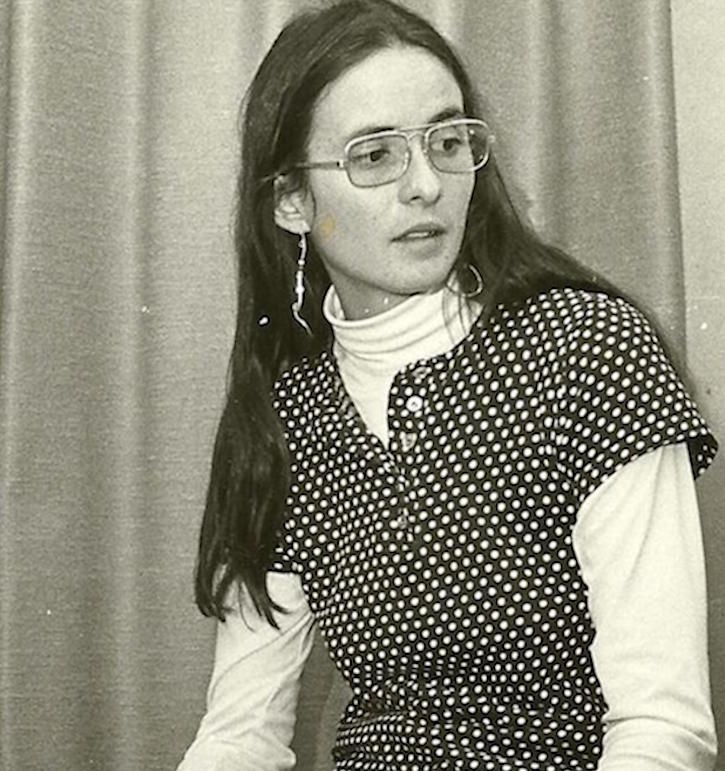 Katrina’s leadership and commitment to quality health care for all touched thousands of lives during her long career. She advocated for health equity long before the issue became a mainstay of American politics.

“She has left an indelible mark on our community,” U.S. Congresswoman Rosa DeLauro said upon Katrina’s retirement in 2013.

DeLauro’s sentiment is shared by many at the Yale School of Public Health, who worked closely with Katrina over the years witnessed her impact on a daily basis. New Haven is a better place today because of her efforts.

What follows are three tributes to Katrina from Paul Cleary, Jeannette Ickovics and Elaine O’Keefe, all of whom worked closely with her over the years and share her commitment to improving health and health care services in the Elm City.

“Katrina was a truly extraordinary and inspiring individual. Starting in the 1970s, she worked creatively and tirelessly to develop and provide health care for individuals regardless of their income or insurance. Not only was the work she did path breaking, but she was a selfless, kind and unassuming person who contributed to improving health and health care in any way she could.

When I first met Katrina I was immediately impressed by her gentle, gracious manner. She would never reveal her many accomplishment, however, and it was only as I learned of her innumerable accomplishments and contributions that I realized what an extraordinary leader I had the privilege to meet. I have not known anyone who had such a positive impact on health and health care in our area and she is one of the exemplars of health care leadership in the entire country.”

A commitment to social justice

“With grace, uncompromising dedication, vision and perseverance, Katrina Clark transformed New Haven. Yes, she did this in her role as Executive Director of the Fair Haven Community Health Center for four decades. And more.

With an authentic and broad public health vision and a commitment to social justice, Katrina operationalized the Fair Haven Community Health Center as a place where quality care is available to all neighborhood residents, regardless of their ability to pay, and a place where social needs also are addressed with compassion. Katrina and her staff always strived to innovate and to be responsive to emerging community needs. They established Connecticut’s first school-based health center and house the HAVEN Free Clinic. Katrina’s touch seems to be in Fair Haven’s continued humane response to care for and empower many of our community’s most vulnerable residents.

I am grateful for having had the privilege to learn “real” public health from Katrina and to collaborate with her across the years. She will be deeply missed by so many colleagues, friends and loved ones.

At a time when our country is divided once again by race, class and immigration status, how fortunate we are that Katrina’s vision and legacy will endure.”

“I met Katrina in the early days of the AIDS epidemic, here in New Haven, around 1987. I was at the New Haven Health Department then, working with others to mount a citywide response to the unfolding crisis. Katrina and the Fair Haven Community Health Center were part of that effort. Years later, she became involved in the Center for Interdisciplinary Research on AIDS at Yale and until her death remained an active member of our Community Advisory Board.

Katrina was very smart and progressive, and seemingly undeterred by the tremendous obstacles to the goals that she aspired to: quality health care and health justice. She was a “thought leader” before the term was coined. She was also shrewd, pragmatic and strategic, strong, measured and steady, and so very kind and compassionate. Over the years, Katrina became widely known and respected in the health care and public health spheres, and legendary in New Haven where she made her greatest impact.

With Katrina’s passing the world has lost an extraordinary woman, a visionary leader, and an unrelenting champion of the public health cause. The best tribute we can pay her is to continue the work and strive to live up to the values she espoused and embodied.”

Submitted by Elisabeth Reitman on September 07, 2017