More Than Half Full: Our Bodies, Water, and Balance

There is a reason NASA scientists have been looking for water on Mars, and that’s because, at least on Earth, water is life.

Blood is mostly water, delivering oxygen from heart to head to toes to fingertips and everywhere in between. Water, through urine and perspiration, rids the body of waste. We also lose water through sweating to cool our bodies down when hot. Water in saliva aids digestion. It keeps mucous membranes moist to stop germs from getting in. Water lubricates joints. Water cushions the brain and spinal cord from shocks. Most of our water is in our cells, which they need to survive, grow, and reproduce. It’s most of everything inside of us.

Water makes up about 50-60 percent of all human body weight, and we need to consume enough every day to remain healthy through drinking and eating.

“The body always wants equilibrium,” said Dr. Nina Stachenfeld, a Fellow at the John B. Pierce Laboratory and a Senior Research Scientist in Obstetrics, Gynecology, and Reproductive Sciences at Yale School of Medicine. “If you stop drinking, you start to dehydrate cells, which will inhibit their function and lead to bad outcomes.”

But beyond drinking, the ways in which our bodies regulate water content remain a subject of ongoing investigation. With the help of Women’s Health Research at Yale, Stachenfeld’s lab has helped pioneer research to understand the role of female sex hormones in the regulation of body fluids.

“Estrogen and progesterone fluctuate widely in women of reproductive age,” she said. “So isolating the effects of each hormone is difficult.”

However, knowledge of how hormones affect fluid regulation carries significant health benefits beyond simple curiosity. For example, these hormones affect sodium balance in the body, which can increase the risk of high blood pressure and carries a risk for developing heart disease. Estrogen and progesterone also have important direct effects on blood vessels themselves.

With one of the first grants from Women’s Health Research at Yale in 1998, Stachenfeld used a synthetic hormone called leuprolide acetate to suppress all estrogen and progesterone production in young, healthy women volunteers and then introduced each of the sex hormones individually to study its effects on body fluid regulation.

“This was the first study in which we used this method,” Stachenfeld said, crediting Dr. David Keefe, currently the Chair of Obstetrics and Gynecology at the New York University School of Medicine, for teaching her. “You can start fresh and introduce hormones one at a time. These days we use a different drug, but this is now a standard technique we use in our lab.” 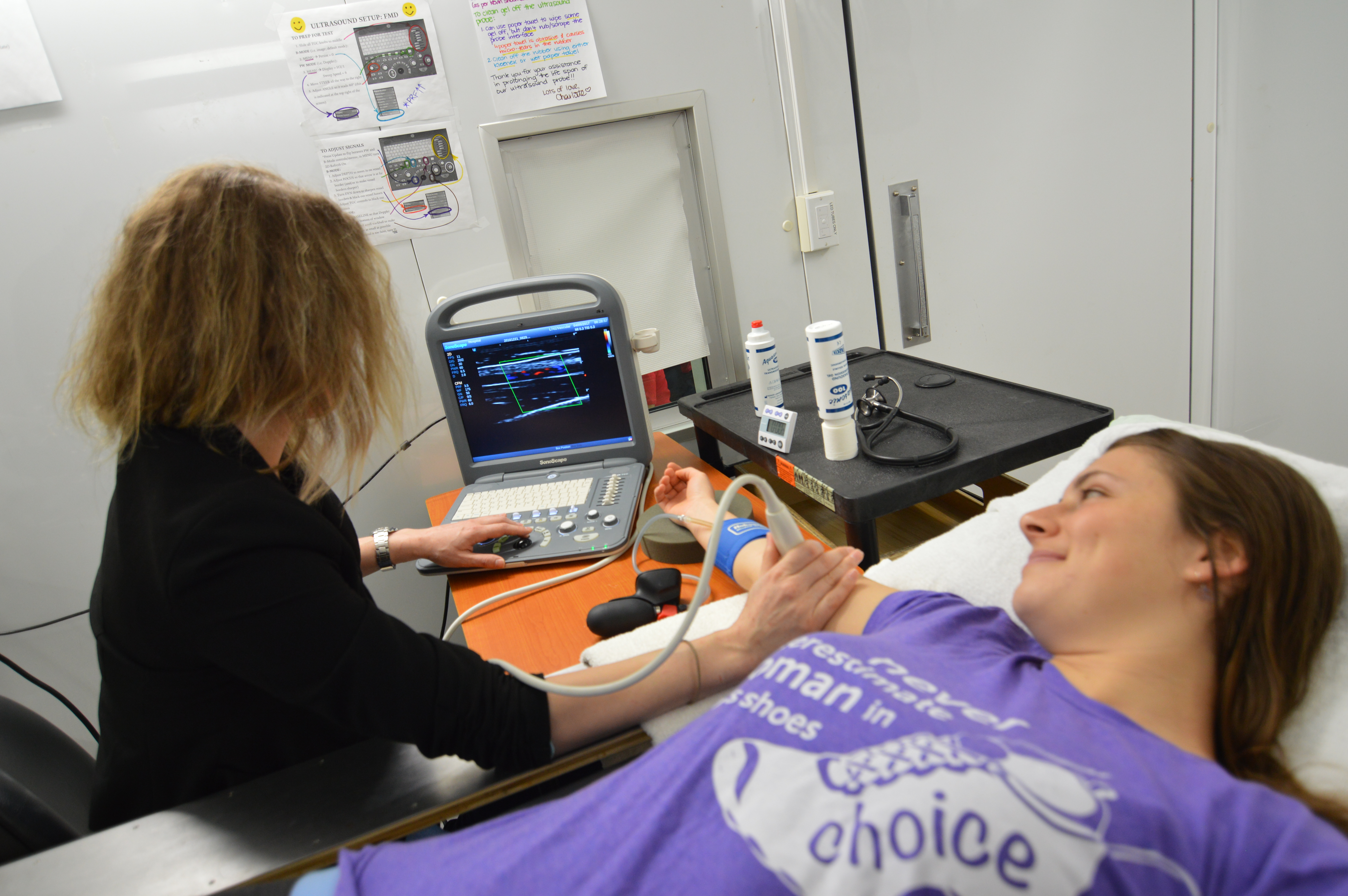 Stachenfeld had hypothesized that estrogen was the main player in the way that a hormone secreted by the heart called atrial natriuretic peptide altered body fluid dynamics. Instead, the researchers discovered that progesterone was driving the process.

“The focus of researchers has mostly been on estrogen, without considering changes in other hormones such as progesterone,” Stachenfeld said. “But we’ve learned that progesterone has important influences on how estrogen affects cardiovascular changes and body fluid and sodium regulation in women.”

Stachenfeld credited the model developed in her WHRY-funded study for the ability to better study progesterone today. And her work has opened avenues of research to minimize the side effects of hormone therapy for menopausal women and oral contraceptives for women of reproductive ages that often lead them to abandon otherwise beneficial treatments.

“Water retention, bloating, and high blood pressure carry serious health risks,” Stachenfeld said. “Our studies on the mechanisms underlying the effects of sex hormones on body water regulation can lead to therapeutic advances for both young and older women.”

Stachenfeld’s current work has also focused on orthostatic tolerance, which is the ability to stay in an upright position or move quickly from a seated to an upright position without fainting. As it turns out, young women possess much poorer orthostatic tolerance compared to men of similar age. And, not surprisingly, the mechanism involves water — the primary ingredient of blood.

“Low blood volume can contribute to poor orthostatic tolerance, but is not the only factor,” Stachenfeld said. “If there’s not the appropriate amount of water at the level of the heart and the brain, this can lessen the amount of blood that reaches the center of the body and brain. Reflexes that control the constriction of blood vessels all the way down to the toes can cause blood to move toward the center of the body and the brain so you can stand up are also key to this process.”

This complex process involved in helping human beings remain upright might not work as well in women, possibly because of the effect of blood volume, reflexes, or the impact of hormones on both, Stachenfeld said. But interestingly, the sex difference doesn’t appear to apply to African American women, who appear to have higher orthostatic tolerance than white women.

“This finding might point to an advantage for black women when they are younger,” she said, adding that these racial differences emphasize how important it is to include women from all ethnicities and races in research. “But it could also be a clue to the higher risk of cardiovascular disease that black populations experience as they grow older. This is something we continue to study.”

Stachenfeld expressed gratitude for WHRY’s grant, which she said showed great confidence in her as a research scientist relatively new to Yale and in the promise of a study unlikely to receive outside financial support without first providing a proof of concept.

With the results of her WHRY-funded study, Stachenfeld applied for and received two grants from the National Institutes of Health to continue her work. “I think there are so many important things to study in the physiology of women and the impact of hormones that have gone understudied for so long,” she said. “We haven’t caught up yet. There’s a lot to be done.”