Yale medical resident Samuel Choi, MD, became the fourth recipient of the Raymond P. Wong Award on Nov. 11, 2021. The award was established by Karl L. Insogna, MD, FACP, in 2009 to honor Wong’s legacy after Wong’s death in 2008 at age 58. It is given to a recent graduate, or graduating member, of the Department of Internal Medicine’s Traditional Medicine Residency or its Primary Care or Medicine-Pediatrics Residency programs who accepts a practice position in an urban care setting in New Haven, preferably at the Cornell Scott Hill Health Center, for at least three years.

As an attending physician on the Medicine Service at Yale in the late 1980s through early 1990s, Insogna cared for many patients who received outpatient care at the Hill Health Center. “I always worried that these complex patients would not get the careful follow up they needed and deserved after discharge,” Insogna says. “However, when a patient was seen by Dr. Wong while in the hosptial, I knew that they would get excellent, comprehensive, and compassionate care after discharge. He held a special place in my heart,” Insogna said. “These are challenging patients to manage because they have multiple medical and social problems. Dr. Wong always stepped into the breach. I was humbled by his incredible commitment to his patients.” As an example of Wong’s commitment to his patients, when the HIV epidemic started in the early 1980s, Wong led the HIV treatment group at the Hill Center, Insogna said.

The Wong Award is funded by the Medical Board of Yale New Haven Hospital, Yale New Haven Hospital, and Yale’s Department of Medicine. The recipient is given a stipend of $30,000 for each of the three years. In addition to providing hands-on care, awardees are tasked with conducting a clinical trial or real-world investigation with the immediate goal of improving the quality of care for patients at the health center.

The Cornell Scout Hill Health Center was established in 1968 as a collaboration between the community and Yale School of Medicine. The first community health center in Connecticut, it has a long history of serving New Haven neighborhoods, which are among the most disadvantaged in the state. This year’s Wong award recipient, Choi, has a particular interest in caring for the houseless population in New Haven. 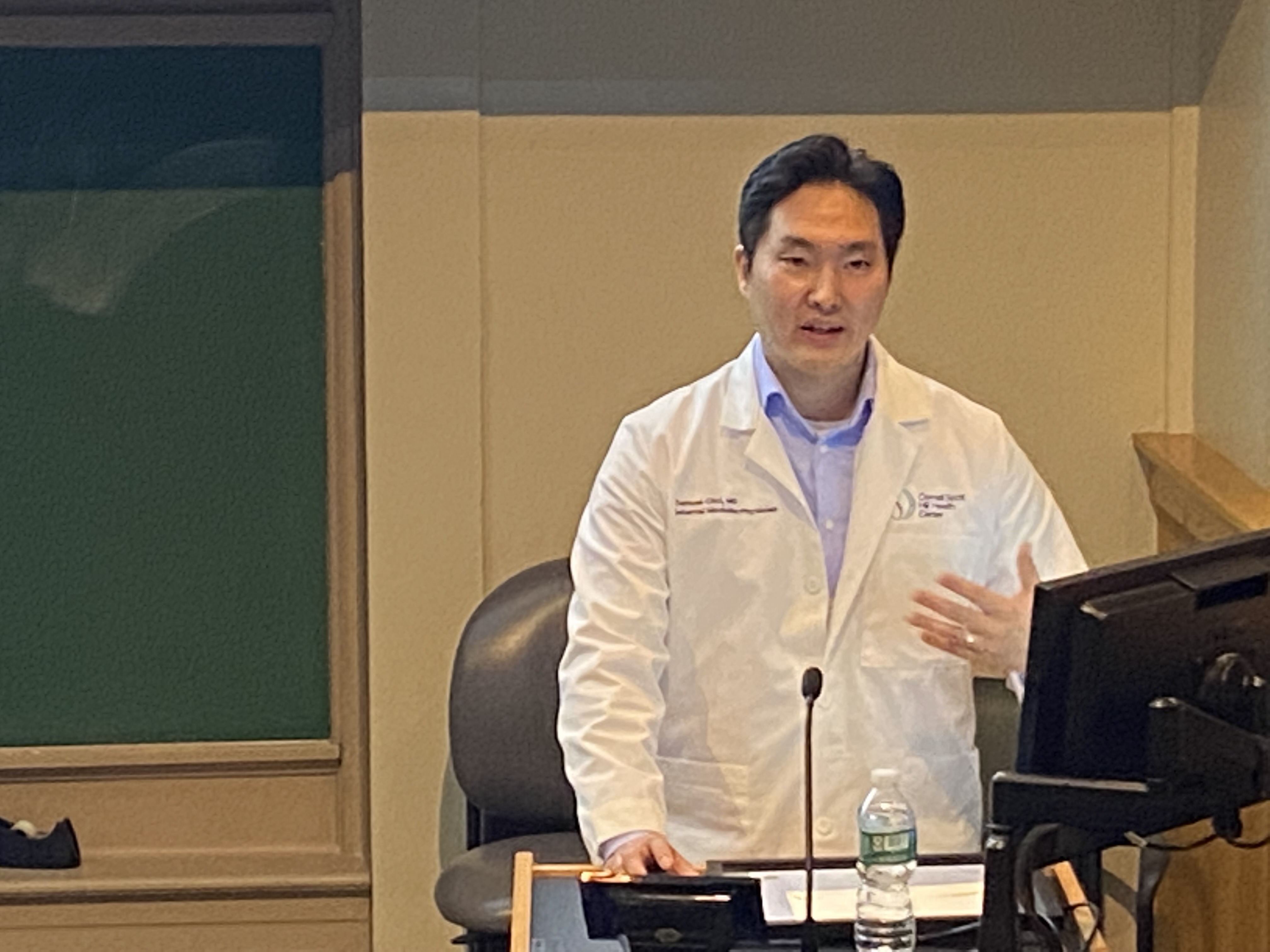 Choi began his medical residency in July of 2018. Currently, he is working with a nurse practitioner at the Hill Center, Phillip Costello, to establish a walk-in center for the houseless that will provide a range of services, including health care. The award will support Choi’s research proposal to determine if the walk-in center will reduce ER visits and hospitalizations for houseless residents in New Haven.

Choi and his family are beneficiaries of Federally Qualified Health Centers and safety-net clinics. “They have kept us healthy and for that reason, I personally appreciate the value they bring to a community, he says. “I can tell my patients have the same appreciation when I see them in clinic, and that makes the work deeply meaningful for me. I feel I am where I am supposed to be, and this feeling provides reassurance when the work gets tough.”

Choi says he hopes to expand the boundaries of where healthcare can be delivered to include patients who are experiencing houselessness. “Doing this requires addressing challenges at a system-wide level,” he says. “Additionally, it is important for me that during our meetings, we involve our patients in the decision-making process as they will be the ones most affected. In the team that we have gathered, this is a fundamental priority, and I am excited to see what will be accomplished.”