From the skill of its MR technicians, to the colorful images brightening a pediatric imaging wall, Yale New Haven Hospital made a big impression on a visiting Russian radiologist this summer.

Vladimir Kuplevatsky traveled from Saint Petersburg, Russia to spend a month with the Radiology & Biomedical Imaging Department at Yale School of Medicine in June.

“He was really impressed by our new pediatric scanner and the colorful images on the walls, which show the special attention to detail that we provide to our young patients,” said Amit Mahajan, MD, director of head and neck imaging. “He also liked the healing garden at Smilow Cancer Hospital.”

Kuplevatsky commented on the skillfulness of the MR technicians, Mahajan said. He also took note of the knowledge and experience of the hospital’s physicians. “We try to learn on our job, and here you can be a doctor only when you are at a very high level of expertise,” he said. 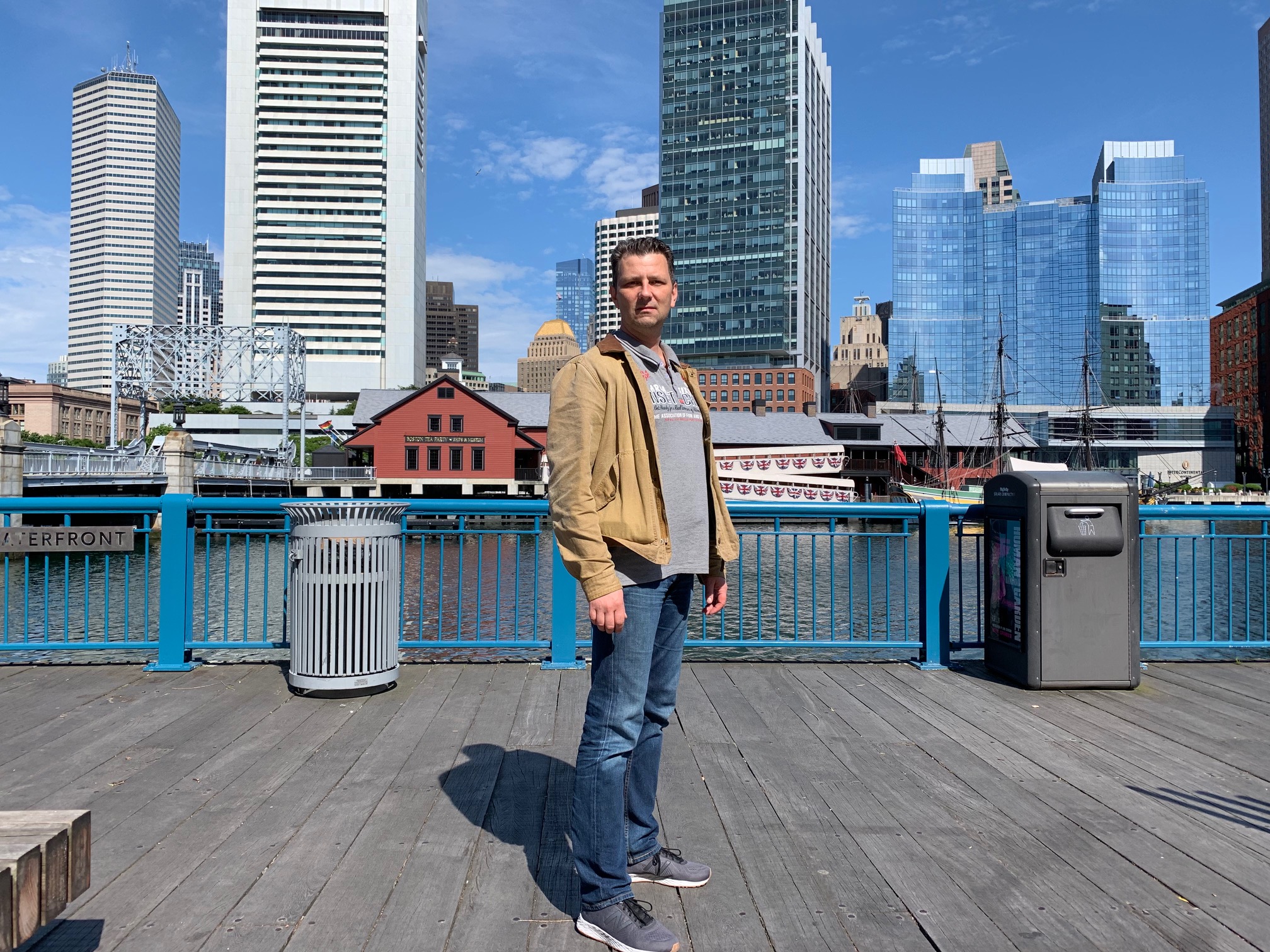 Mahajan added that Kuplevatsky works long hours in Russia. “He was impressed by our work-life balance.”

Kuplevatsky, who has been practicing medicine for 18 years, is the head of MR Imaging for a private health care company, Dr. Berezin Medical Institute (MIBS). His specialty is MRI-guided prostate biopsy, but he reads all of the MR and CT scans at his clinic whether they are for body, neuro, or musculoskeletal, similar to how radiologists in the United States operated before subspecialization became the prevalent model, said Jeffrey Weinreb, MD, director of MRI Service.

Kuplevatsky’s work station is in the examination area next to the MR machine “so I can see the patient immediately and change programs in real time, not after,” he said. Weinreb said he sees the value of that workflow, although it would not be feasible at Yale with its 17 MR scanners and highly specialized radiologists.

YSM’s education programs also left an impression on Kuplevatsky, who said he plans to propose a fellowship year at his health care company. In Russia, medical training is for six years, followed by a one-year internship and a two-year residency.

This was Kuplevatsky’s second recent visit to the U.S., having attended an RSNA conference 10 years ago. He is a member of the European Society of Radiology, and frequently attends conferences in Vienna, Austria, he said.

Russia’s health care market is dominated by public providers as well as the state-run health insurance system. Spending on private health care in Russia has risen tenfold in the past 15 years as providing health care for Russia’s middle classes has become a growing business opportunity, according to a 2018 article in the Financial Times.

Since MIBS was founded in 2003, its owners have built a network of more than 90 clinics across Russia. There also are two clinics in Ukraine and one in Armenia, Kuplevatsky said.

In addition to visiting New Haven this summer, Kuplevatsky spent time in Boston while the owner of his company, Arkady Stolpner, was based in New York City. During their stay in the U.S., Kuplevatsky and Stolpner purchased a PET-MRI from Siemens Healthineers, Kuplevatsky said.

“For a government hospital, it could take two years to buy a new machine, but we can make the decision immediately,” he said.

A graduate of State Medical University in Saint Petersburg, he followed his father and grandfather into radiology. Since 2013 he has been certified in CT and ultrasound. Kuplevatsky said he likes history as much as medicine. Rome, Italy is one of his favorite places to visit because “you find history in every stone,” he said. “Without history we cannot understand what happens now. We can make a lot of mistakes in our policy, with what we think in our own minds, and in what happens in the world.”