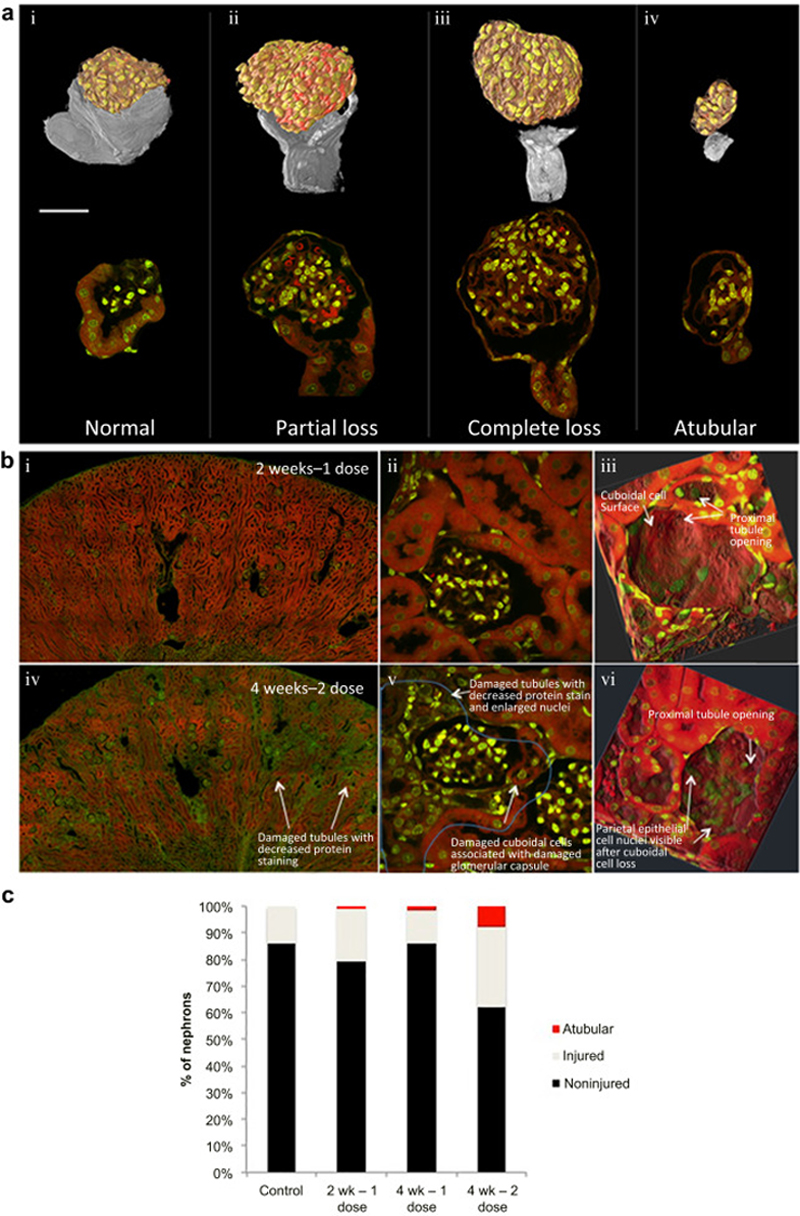 Yale School of Medicine researchers have found that the progression of acute kidney injury to chronic kidney disease (CKD) caused by use of the chemotherapy drug cisplatin is due to unresolved injury and sustained activation of regulated necrosis pathways rather than fibrosis. The new study is highlighted on the cover of the April 2019 issue of Kidney International.

The team developed a mouse model to mimic the chronic kidney toxicity induced by cisplatin. They administered the drug at timed intervals and studied plasma creatinine and glomerular filtration rate (GFR) at these intervals to pinpoint the damage.

“We know that almost 25 percent of patients will develop CKD and a subset of those will actually go into end stage renal disease due to the use of cisplatin, so this is an important clinical problem,” explained Robert Safirstein, MD, primary author of the paper. “The model that we developed was designed to clearly indicate the interface between a recoverable single exposure of cisplatin that seems to be completely repaired, versus the development of chronic kidney disease after a carefully timed second dose where there is no recovery of renal function and even a progression to CKD.”

The study found that in the mice that received one dose of the drug, kidney function returned to baseline two weeks after the first dose. For those who received a second dose, kidney function was compromised and the damage was unable to be repaired. The damaged kidneys showed a 50 percent fixed loss in GFR that lasted more than 25 weeks. Chronic renal failure was also confirmed by a progressive loss of renal mass.

Along with identifying the timing of kidney damage caused by cisplatin, the lab’s other major finding is that the establishment of CKD was disassociated from the formation of fibrosis. They found that the unrecoverable kidney damage was due to events intrinsic to the tubal or epithelial compartment of the kidney, rather than fibrosis of the kidney.

Safirstein is excited about the future of this work.

“We think we’ve made a very important advance in kidney studies by developing this model and identifying pathways to prevent CKD, to avert this kidney damage without preventing the anti-tumor effect of the drug,” said Safirstein. “If we are successful in this, we will explore these pathways which we’ve identified as likely participants in other forms of CKD.”