Joan A. Steitz, PhD, Sterling Professor of Molecular Biophysics and Biochemistry, and a Howard Hughes Medical Institute investigator, is one of two recipients of the 2021 Warren Alpert Foundation Prize, which recognizes people whose scientific achievements have led to the prevention, cure or treatment of human diseases or disorders, and/or whose research constitutes a seminal scientific finding that holds great promise of ultimately changing our understanding of or ability to treat disease. 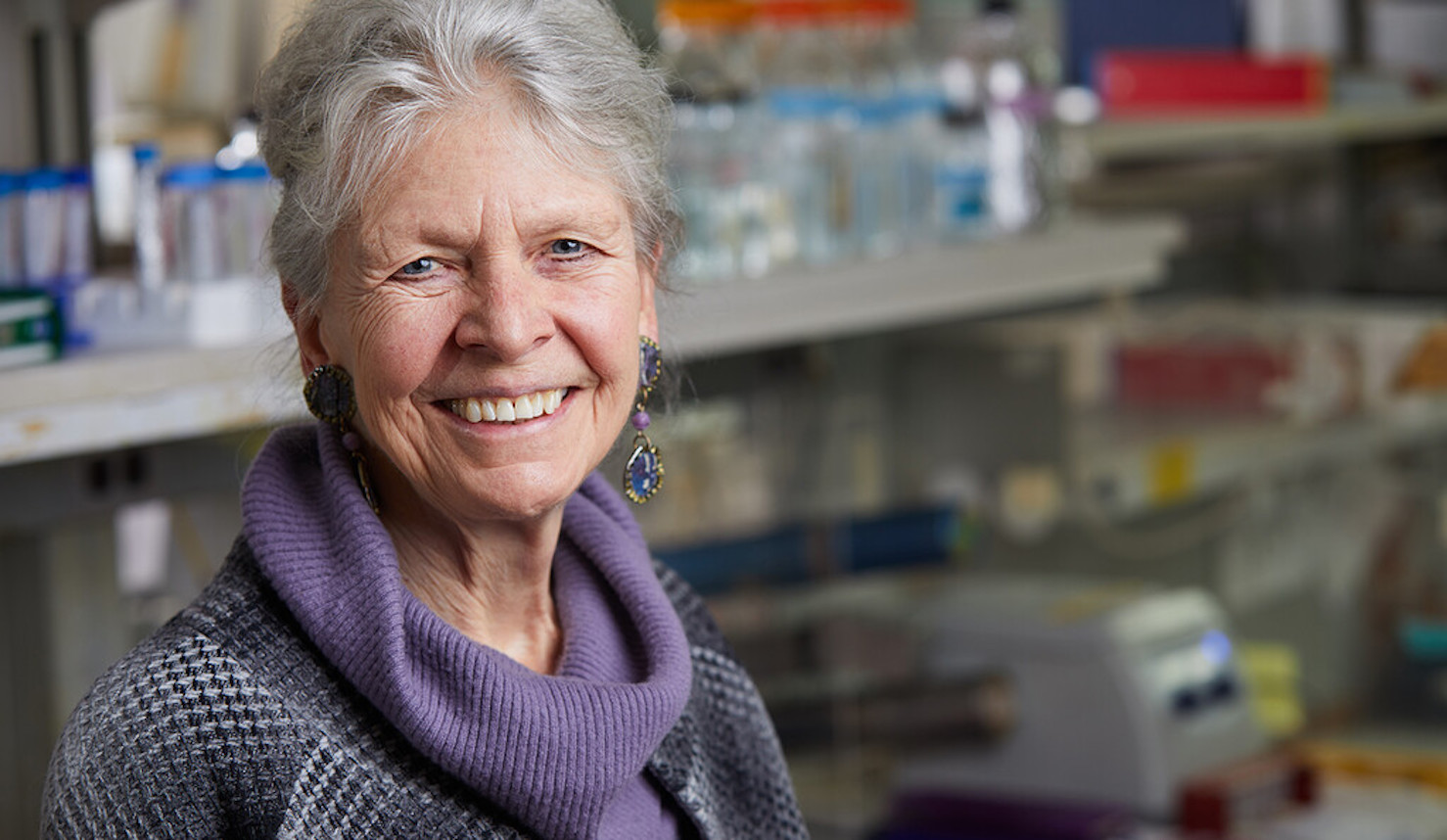 The prize announcement says that Steitz “is being recognized for research that elucidated the fundamental biology of RNA and RNA processing and the multiple roles that RNA plays in transcription, splicing, and translation, each one of them critical in regulating key cellular processes including gene expression and protein production and ensuring overall proper cellular function. Steitz’s discoveries as a postdoctoral fellow helped determine how the cells’ protein-making machinery—the ribosome—knows exactly which part of the instruction-carrying mRNA molecule to use in order to produce functional proteins, the building blocks of life.”

Since she joined the Yale School of Medicine faculty in 1970, Steitz and her trainees have pioneered understanding of the cellular splicing machinery and defined many new kinds of noncoding RNAs that contribute to gene expression, including those made by viruses. She has amassed dozens of awards and honors, including the Wolf Prize in Medicine in 2021, the Lasker~Koshland Special Achievement Award in Medical Science in 2018, the National Medal of Science in 1986; election to the National Academy of Sciences in 1983, and the Institute of Medicine (now the National Academy of Medicine) in 2005; fellowships in the National Association for the Advancement of Science in 1981 and the American Academy of Microbiology in 1992; and the American Society for Cell Biology’s highest honor, the E.B. Wilson Medal, in 2005.

“It is the rich environment at Yale that has made my scientific contributions possible,” said Steitz in reaction to the Alpert Foundation prize. “I am forever grateful for the amazingly talented undergraduates, graduate students and postdocs who have come to my lab, as well as for the support of colleagues both at Yale and internationally who recognized the potential of RNA.”

This year’s other Warren Alpert Foundation prizewinner is Lynne E. Maquat, PhD, of the University of Rochester, also honored for her RNA work, through which she discovered a mechanism that recognizes and destroys aberrant mRNA in human cells. Steitz and Maquat will be recognized in October at a virtual scientific symposium hosted by Harvard Medical School, which administers the prize together with the Warren Alpert Foundation of Providence, Rhode Island.