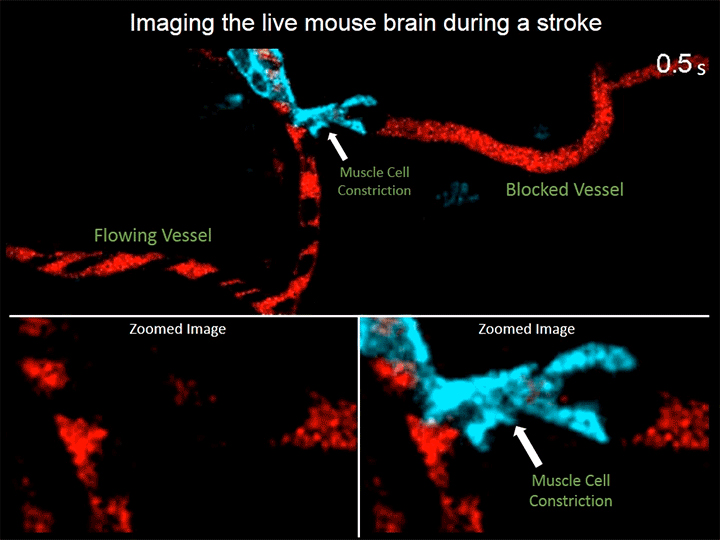 An investigation of blood flow network in the brain has revealed some surprising behavior of vessels during stroke, according to Yale researchers

In the accompanying movie of a mouse brain taken by specialized microscope, researchers at the Yale School of Medicine found that smooth muscle (in cyan) actually constricts during a stroke instead of expanding, as would be expected to minimize damage during a stroke. This muscle contraction appears to contribute to permanent brain damage.

The findings provide a new target for potential drugs to improve stroke outcome, said Jaime Grutzendler, associate professor of neurology and of neurobiology, and senior author of the study, which appeared online June 25 in the journal Neuron.