When Associate Professor Frank Minja traveled to Tanzania, East Africa in 2014 to help set up a modern radiology department on the Muhimbili National Hospital (MNH) campus, he knew the task would be complex and demanding. That same year, Minja established the Yale Radiology Global Outreach Program to help address the shortage of well-trained diagnostic and interventional radiologists in Tanzania.

Minja, who was born and raised in the former Tanzanian capital of Dar es Salaam where the campus is located, traveled to the United States for college and medical school at Harvard University. He came to Yale School of Medicine (YSM) in 2004 for a diagnostic radiology residency followed by a neuroradiology fellowship. He joined the faculty of the Radiology & Biomedical Imaging department in 2009.

But even before completing his fellowship, Minja had begun collaborating with radiology colleagues in Tanzania who were establishing the first diagnostic radiology residency training program on the MNH campus.

Minja is one of several radiology faculty members who is dedicated to providing radiology training to physicians across the globe, in places including Africa and Asia where the number of radiology specialists is limited.

Melissa Durand, an assistant professor and breast imager at YSM, became interested in a medical service mission a few years ago after she attended a grand rounds lecture. During the talk, Durand heard about volunteer opportunities with RAD-AID.org, the nonprofit group that works to improve medical imaging and radiology in developing and emerging countries.

After meeting one of RAD-AID’s breast program directors, Durand, who joined the department as an attending physician in 2012 after a breast and body fellowship at Yale, signed on as a volunteer for a 2019 mission to Ghana, West Africa. 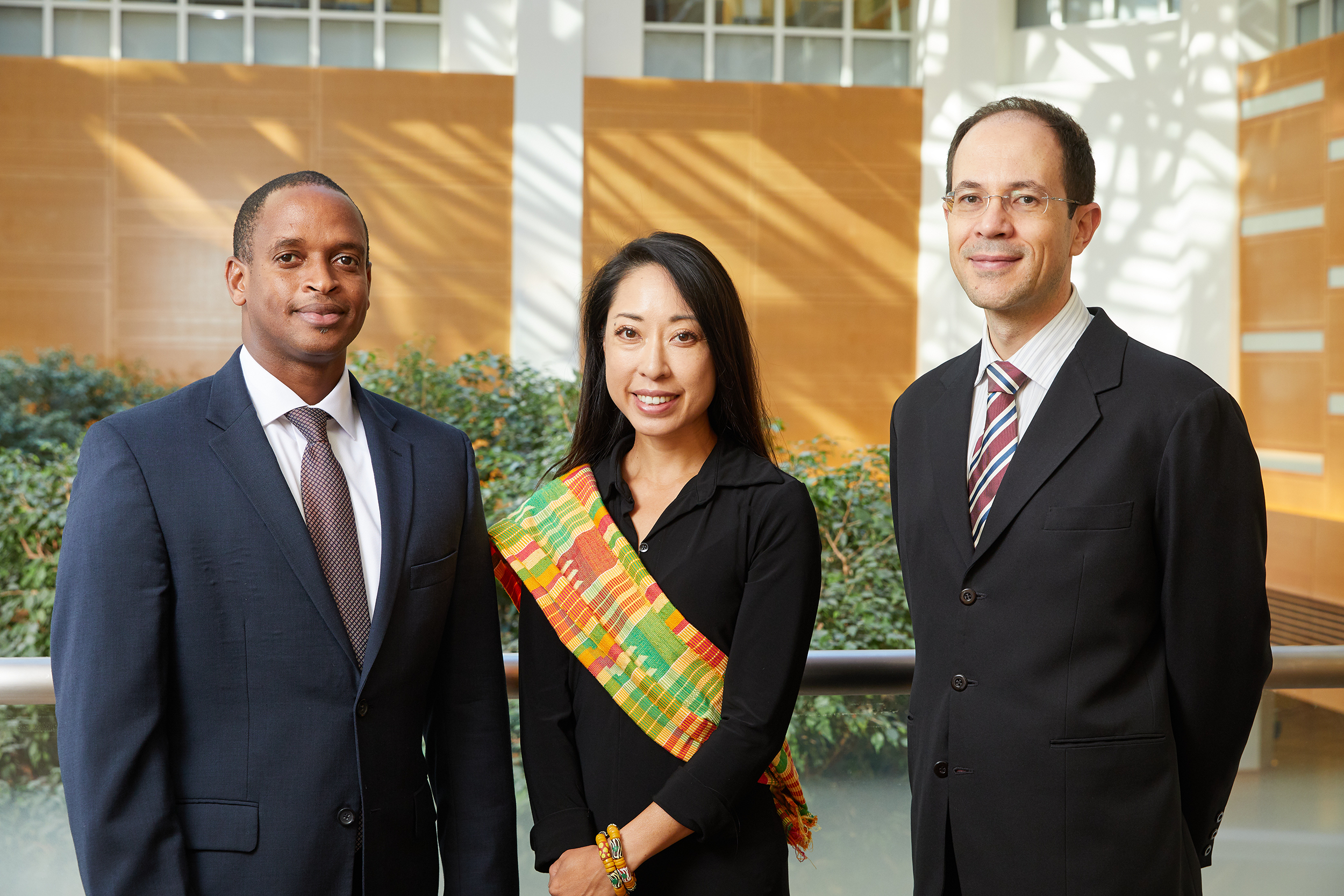 For six days in early June, Durand volunteered at Ghana’s second-largest teaching hospital, the 1,200-bed Komfo Anokye Teaching Hospital (KATH) in Kumasi, the regional capital of the Ashanti Region that serves a population of about 5 million people. Now RAD-AID’s breast imaging lead for Ghana, Durand plans to return to KATH in 2020.

Cicero Silva, chief of pediatric imaging at YSM, led an outreach team from 2015 to 2019 on behalf of the World Federation of Pediatric Imaging (WFPI). In those parts of the world that are short of qualified medical staff, radiologists, and especially pediatric radiologists, are rare. Most countries in Africa have fewer than 30 radiologists, and 14 have none, according to a 2016 article in Pediatric Radiology. To address this shortage, the WFPI created a pro-bono second-opinion teleradiology outreach team to assist referring physicians.

“Drs. Minja, Durand and Silva exemplify the type of altruistic radiologist who works at Yale,” said Chair Rob Goodman. “It’s a privilege for many of our attendings and trainees to be able to channel their profound radiological expertise into noble international outreach projects.”

In addition to supporting the diagnostic radiology residency training program at Muhimbili University of Health and Allied Sciences (MUHAS), Minja led the successful effort to establish a Picture Archiving and Imaging System (PACS) at the Muhimbili Orthopaedic Institute (MOI), also on the Dar es Salaam campus. In 2018, with assistance from Fabian M. Laage-Gaupp, who is now a fourth-year resident, Minja established the Tanzania Interventional Radiology Initiative.

Laage-Gaupp performed an IR readiness assessment in 2017 which found that most of the imaging equipment needed for IR was already available at MNH, such as ultrasound, X-ray fluoroscopy, and CT scanners. The critical missing component was the lack of IR training opportunities.

In a country with limited resources such as Tanzania, patients have little or no access to the benefits of interventional radiology because not a single radiologist in Tanzania had been formally trained to use it, said Minja. The Tanzania Interventional Radiology Initiative provides within-country training for the first generation of interventional radiologists in Tanzania, graduating the first class by 2021. “If we are able to do that, we will produce locally trained IR physicians who understand the necessary workarounds in a resource-limited setting, as opposed to training them at Yale or elsewhere abroad where more resources are readily available,” Minja said. Goodwill and funding are both essential for the continued recruitment and support of the best teams for the Tanzania Interventional Radiology Initiative, Minja said. “Many countries around the globe face an acute shortage of diagnostic and interventional radiologists, especially in Africa, and could benefit from efforts similar to the Yale Radiology Global Outreach Program,” he said.

One of the challenges to improving breast cancer outcomes for African women is overcoming traditional beliefs and cultural barriers, Durand said. Transportation and long travel distances also are barriers to receiving care, she said.

Durand conducted a radiology readiness assessment survey for RAD-AID, outlining the hospital’s breast imaging needs. As RAD-AID’s breast imaging lead for Ghana, she plans to return to KATH in 2020 to, among other things, teach its radiologists and surgeons to perform ultrasound-guided biopsies, and to establish a system for biopsy record-keeping.

“What’s so attractive about the experience is that you feel you are changing something for the better,” Durand said.

Rather than setting up programs from scratch, WFPI adopts what it calls a “bolt on” approach. For example, in 2015, partnering with RAD-AID, the WFPI sent a pediatric radiologist from the U.K. to the Lao Friends Hospital for Children, in Laos, to educate pediatricians on the basics of X-ray interpretation, and radiology technologists on radiation safety. From 2014 to 2018, the hospital was responsible for 82% of WFPI’s teleradiology cases, said Silva, an associate professor who joined Yale Radiology in 2008.

During Silva’s tenure with the WFPI, the majority of cases that were reviewed were from Asia (Laos), and Africa (Mozambique and South Africa) as well as from India, Peru and Jamaica. In that period, WFPI volunteer pediatric radiologists read 668 cases; the median age of patients was 1 year, 4 months.

Silva also traveled to his native country of Brazil in 2018 to help conduct pediatric radiology training classes in Belém.

“A city with 1.5 million inhabitants, Belém has a few radiology residency programs but no dedicated pediatric radiology expertise,” Silva said. “Our host was a local radiologist who organized a symposium on pediatric imaging, attended by radiology residents and pediatricians from Belém’s major hospitals, as well as community radiologists from throughout the state who traveled as far as 600 kilometers to attend,” he said.

“Over two days we lectured on pediatric-specific ultrasound topics and tutored attendees on hands-on practice sessions. We plan to return to Pará in the future and deliver a similar symposium in Santarém, a city of nearly 300,000 inhabitants, the largest in Pará State outside of metropolitan Belém.”