Nobel Laureate Thomas A. Steitz Dies, Mapped the Structure of the Ribosome 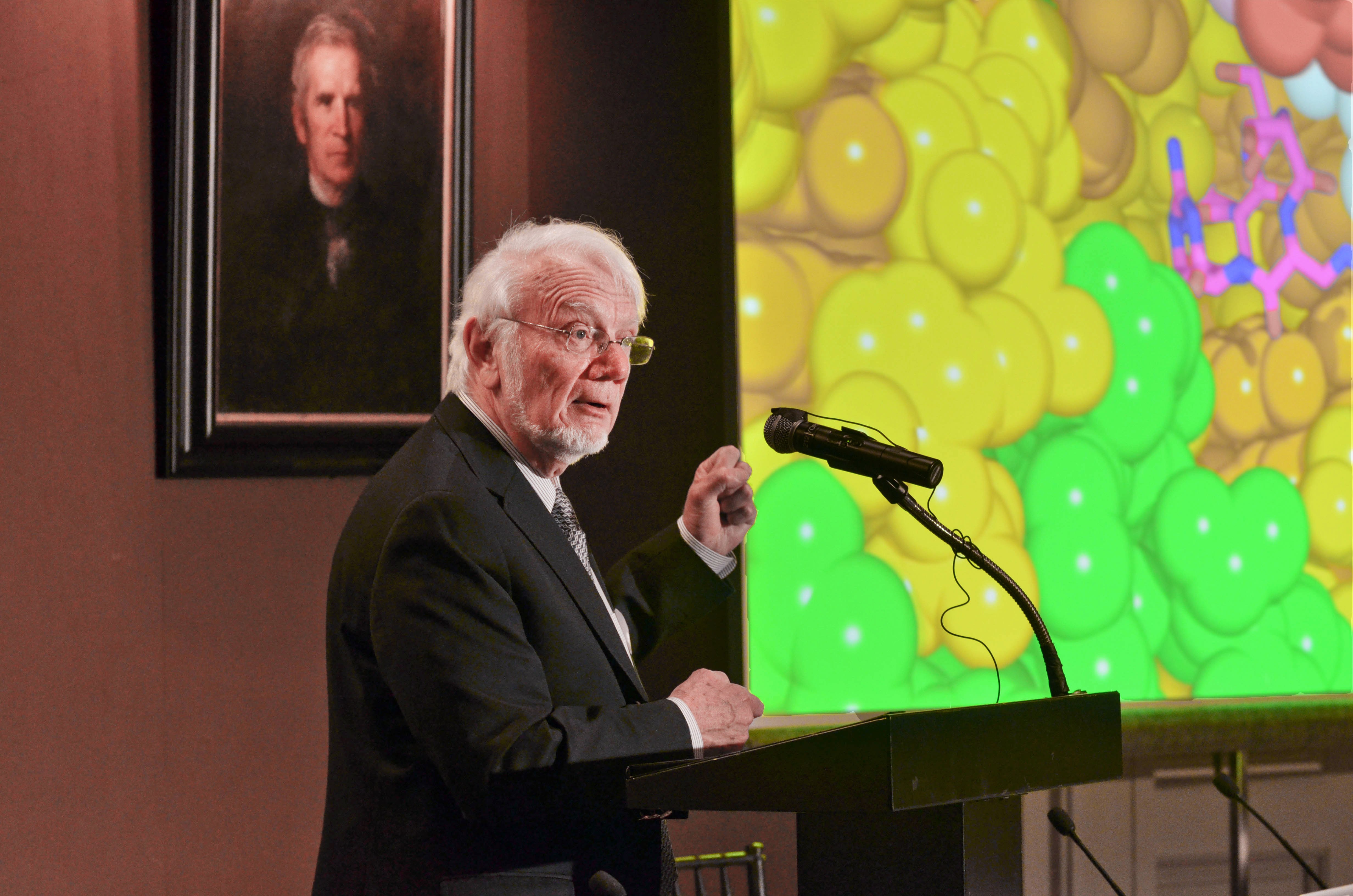 Thomas A. Steitz, Sterling Professor of Molecular Biophysics and Biochemistry at Yale and one of three winners of the 2009 Nobel Prize in Chemistry, died Oct. 9 at his home in Stony Creek after a battle with pancreatic cancer. Steitz was 78.

Steitz, who was also professor of chemistry at Yale, was recognized by the Royal Swedish Academy in 2009 for his work describing the structure and function of the ribosome, the cellular protein-making factory essential to life.

“Tom demonstrated to the world the importance of fundamental and cross-disciplinary research,” said President Peter Salovey. “Utilizing techniques and knowledge in chemistry, biochemistry, biophysics, and computational science, he elucidated the biochemical mechanisms by which the information stored in DNA is translated into the expression of proteins in cells. His discoveries have been critical to the creation of drugs that combat antibiotic-resistant bacteria, and he was awarded a Nobel Prize in Chemistry for his work on the structure and function of the ribosome, the molecular machine in cells that make proteins. He was also a thoughtful mentor for scholars at all stages of their careers — encouraging students and colleagues to debate and discuss ideas face-to-face. The Yale community will remember him for his immeasurable contributions to science and education.” 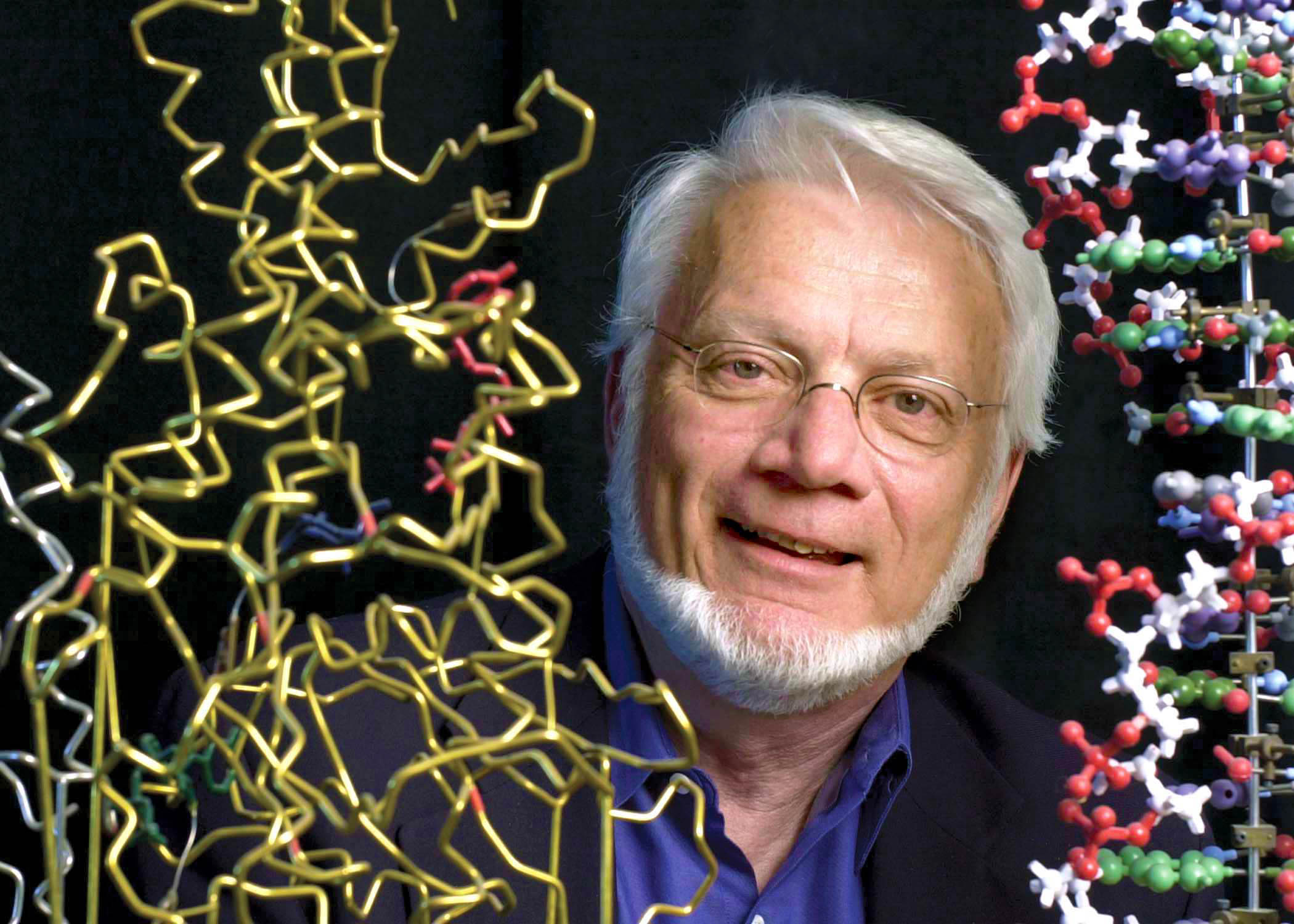 Steitz, a Howard Hughes Medical Institute investigator, and colleagues mapped the entire atomic structure of the ribosome, which has created targets for a new generation of antibiotics.

The instruction manual for the creation of proteins is DNA, but the ribosome is the machine that translates the encoded information to turn it into proteins. Steitz’s work elucidated the structure and function of the ribosome, an enormously complex ensemble of numerous protein and RNA components.

“I think we were amazed at each stage at the overwhelming complexity of the RNA folding in the ribosome,” Steitz said in an interview. “But I think the most surprising observation was that the proteins were embedded among the RNA helices, penetrating into the interior of the ribosome like tentacles.”

Working with Yale colleagues Peter Moore and Don Engelman, Steitz helped establish a structural biology center at Yale. By 2000, their use of high-resolution X-ray crystallography enabled the team to resolve the atomic structure of all components of the ribosome.

His close collaboration with Moore, Sterling Professor of Chemistry and professor of molecular biophysics and biochemistry, and interactions with William Jorgensen, Sterling Professor of Chemistry, led to the establishment of the company Rib-X Pharmaceutical, Inc., now known as Melinta Therapeutics, which used knowledge of the structures of the large ribosomal subunit and its antibiotic complexes to develop new classes of antibiotics.

He was a very generous and wonderful colleague and had a great ability to find scientific problems to solve,” Moore said. “Many scientists work on one problem all their lives, but he solved many. He was the most accomplished structural biologist of his generation.”

"Professor Steitz deeply valued his relationships with his colleagues, placing great importance on the face-to-face interactions and discussions that helped shape his work," said Robert J. Alpern, MD, dean and Ensign Professor of Medicine. "His enjoyment of that work was evident, and he will long be remembered as a role model and inspiration to the scores of individuals he mentored."

Steitz was born in 1940 in Milwaukee and received his bachelor’s degree from Lawrence College in 1962 and a doctoral degree in molecular biology and biochemistry in 1966 from Harvard University. He was a postdoctoral fellow at Harvard in 1966-1967 and at the MRC Laboratory of Molecular Biology, Cambridge, England 1967-1970. He joined the Yale faculty in 1970.

Steitz was the recipient of many awards, including the Gairdner International Awards, which he received in 2007, the year after his wife of 52 years, Joan A. Steitz, Sterling Professor of Molecular Biophysics and Biochemistry, won the prestigious award.

In his memory, a scientific symposium will be hosted by the Department of Molecular Biophysics and Biochemistry on Friday Jan. 18. A memorial service will take place on Saturday, Jan. 19 at 2 p.m. in Battell Chapel.

In lieu of flowers, the Steitz family has established an endowment for the Thomas Steitz Memorial Lecture Series in the Department of Molecular Biophysics and Biochemistry at Yale School of Medicine. Contributions may be made online at giving.yale.edu/supportSteitzLecture.