Science and research are collaborative processes, involving the development from ideas to hypothesis, methods, experiments and finally a model to explain a phenomenon – ultimately bringing knowledge to mankind. With Yale's motto 'Lux et Veritas' , the researchers in the department also gain and provide 'Light and Truth' to the scientific world. The collaboration between motivated students learning from experienced PostDocs, working together with technicians, staff scientists within the funding and support provided by the principal investigator, goes far beyond the benches of their own lab. This week we want to honor and value the work of postdoctoral researchers and their importance to research, and especially of those who contribute with out-of-lab-engagement to the interconnection and fruitful environment for researchers.

5 postdoctoral associates/fellows, who have been actively involved in several committees and projects during the last years shall be especially mentioned for their work in the scientific community. 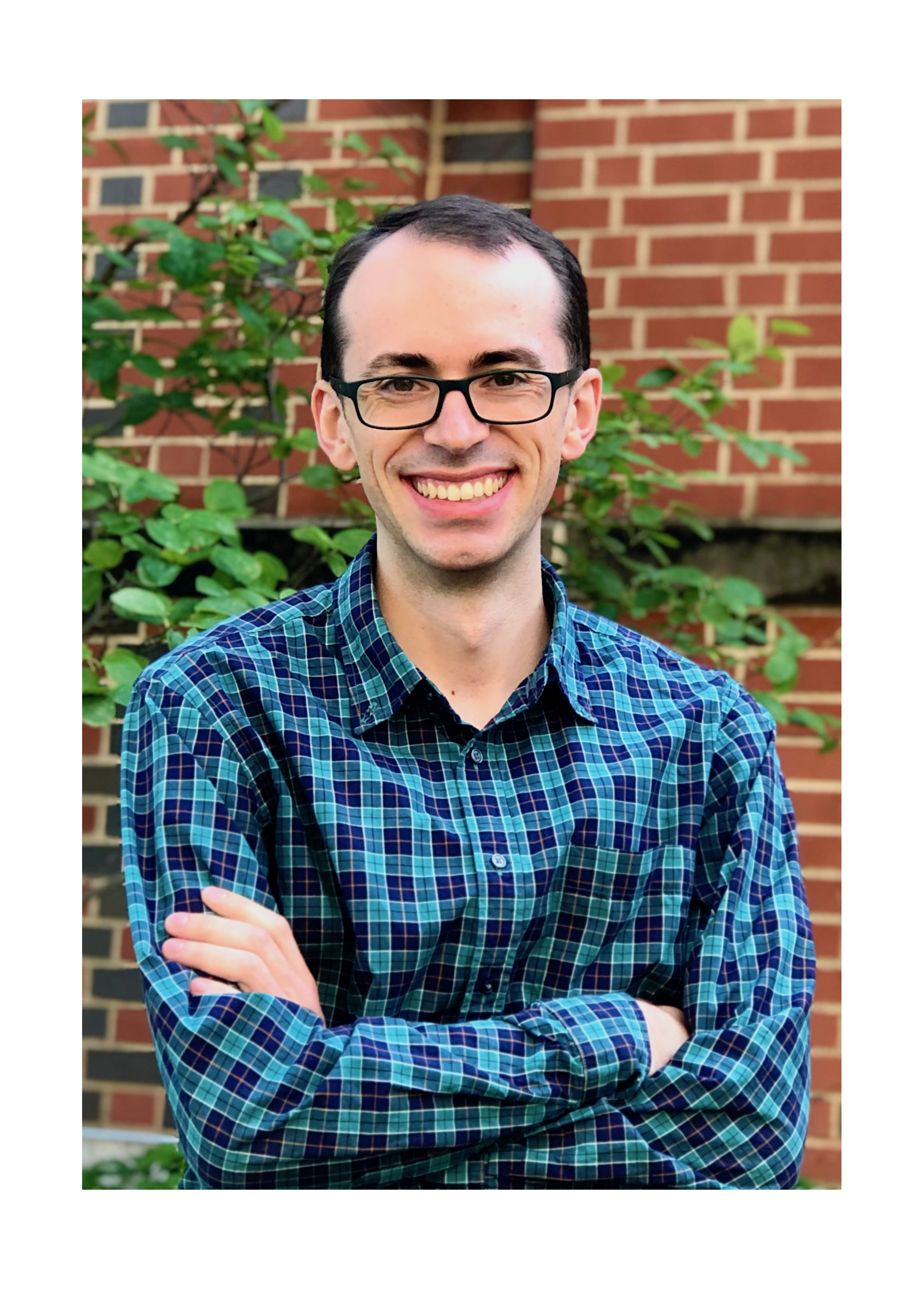 Nicholas Ader, known as ‘Nick’ , did his PhD through the University of Cambridge in a joint program with Wanda Kukulski (then at MRC Lab of Molecular Biology in Cambrdige, now at Bern) and Richard Youle (NINDS, Bethesda, MD). He then joined the LusKing Lab as postdoctoral fellow, where he is currently investigating how compartmentalization is maintained between the nucleus and the cytoplasm. Using the model yeast, S. pombe, he studies a specific family of membrane remodeling proteins, the ESCRT machinery, and their involvement in post-mitotic nuclear envelope sealing.

Besides his work in the lab, Nick is passionate about improving diversity, equity and inclusion (DEI) in STEM and works in the Cell Biology DEI committee since 2020. Apart from that, he was PostDoc representative for YSM reopening safety committee in 2020-2021 to ensure the safety of all researchers under several phases of reopening. As a committee member, he communicated best practices and helped streamlining the spread of information. The communication does not end here, but goes far beyond the departmental border. Nick is treasurer in the YSC – Yale Science communication graduate student organization, that aim “to ignite scientific engagement across diverse communities”. As director of the SITN (Science in the news) he oversees the organization of Science Communications events with Yale graduate students and PostDocs who bring a diverse spectra of science to the broader Yale community. Their call for speakers, coordinators and video editors for the event in Spring 2022 is soon! Make sure to participate when you are interested in Science communications!

Besides his huge engagement and activity on all communication channels of the Yale Cell Biology department (Slack, Twitter) many of his colleagues in the lab also know him as popular baker.

Thanks for the great contributions to the department community, Nick! 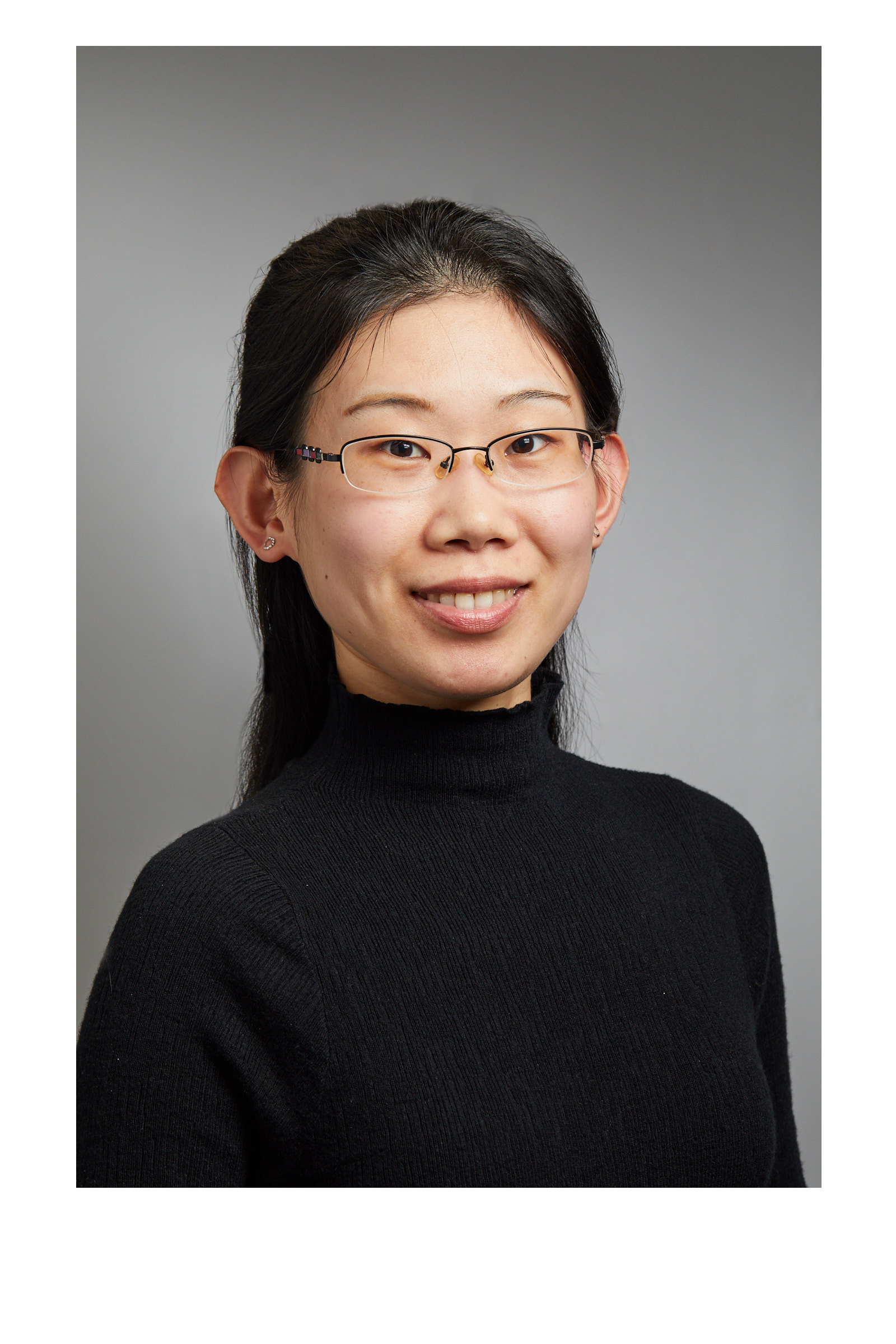 Zhao Xuan came from Shandong province in Eastern China (south from Beijing) to the US for her graduate studies. In her PhD work, she investigated the physiological functions of the Alzheimer’s disease (AD) protein presenilin1 using primary neuronal culture. As postdoctoral researcher, she focused on understanding the in vivo molecular mechanisms that orchestrate the formation and function of the presynaptic structure using C. elegans as a model system. Besides working in the lab, she volunteered to judge for New Haven Science Fair – a preK12 program, for improving the quality of particularly math and science education. The program helps public school students and teachers to perform hands-on science fair projects. Zhao became more and more passionate about creating a safe and trusting environment for trainees to get personal, scientific or career advice, as well as crucial support for mental health. She participated in Yale Young Global Scholars Program and presented her research to 200 talented high school students from all around the world. With her engagement she wants to retain and increase numbers of talents from diverse backgrounds in academia. However, she states that outreach activities are not enough for this, but calls for the importance of personal support to those from historically under-represented backgrounds

In addition to helping the younger generation, she is also involved in postdoctoral activities. Zhao helped organizing the first Intersections Science Fellows Symposium (ISFS), a multi-institutional program to promote diversity and support future leaders in the life sciences. Within this symposium, research of visionary mid -to late stage postdoctorial researchers showcased their work and networked with other fellows from other institutions. The symposium caught huge success and will be held again for Fall 2021 from November 1-3.

Thanks a lot for your great work and engagement, Zhao! 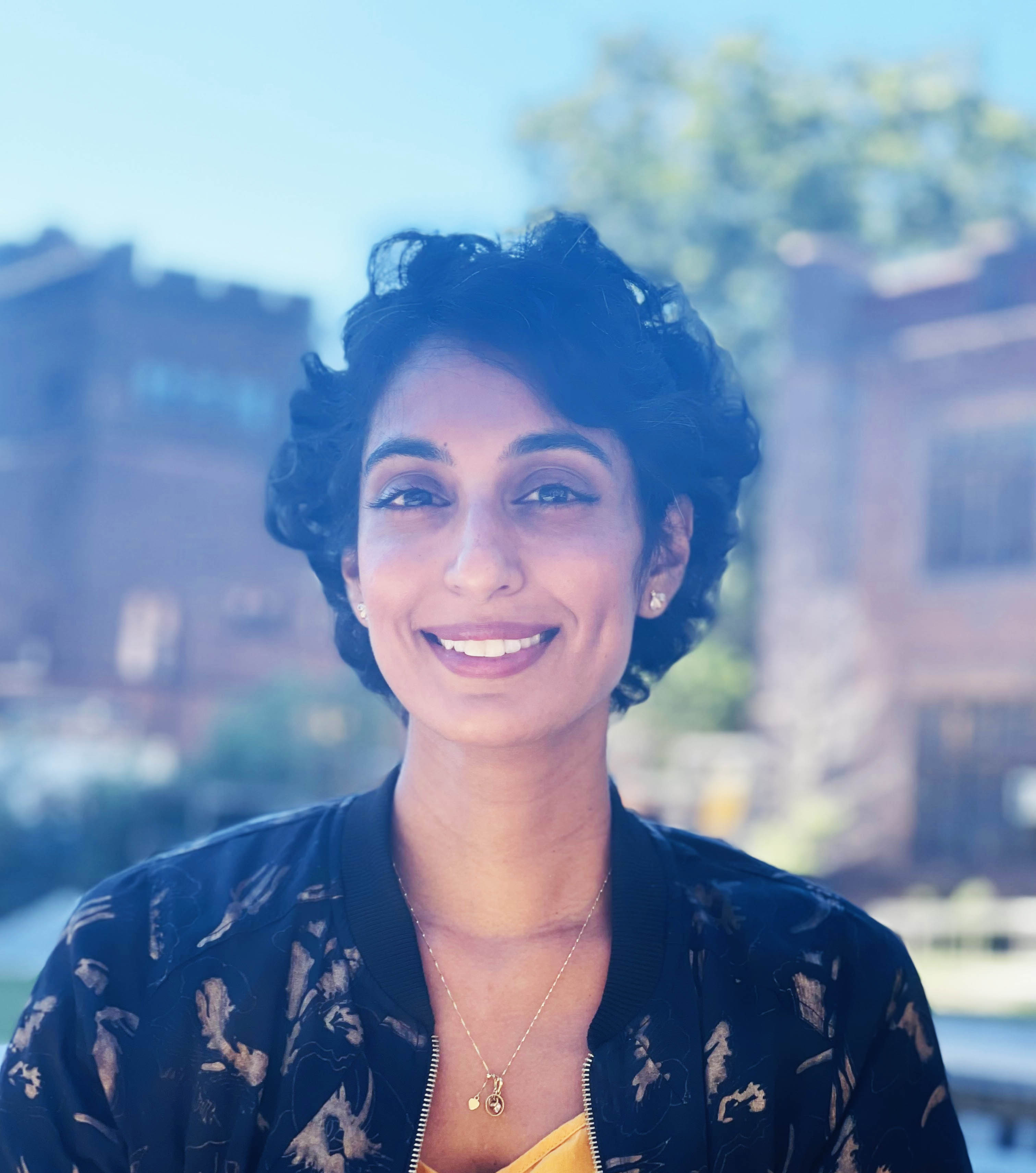 Snusha Ravikumar works as a PostDoc in the Colón-Ramos lab studying the regulation of metabolism at synapses in the nematode C. elegans.

Apart from her great scientific research, she was involved in the ISFS , a symposium created to highlight diverse scientists as they transition to faculty positions. Snusha also served as a PostDoc representative on the Cell Biology DEI committee in 2020-2021. Currently, Snusha is working to enable equitable distribution of resources and opportunities within the Yale department of Cell Biology as member of the Committee for Online Community. She is continually inspired by scientists and professionals who bring their intersecting identities into the scientific community. She believes that DEI work is challenging but meaningful change which will truly improve the quality of science. In the future, Snusha hopes to increase visibility of research in countries in the Global South.

Thank you for all your contributions to the community and work in the DEI committee, Snusha! 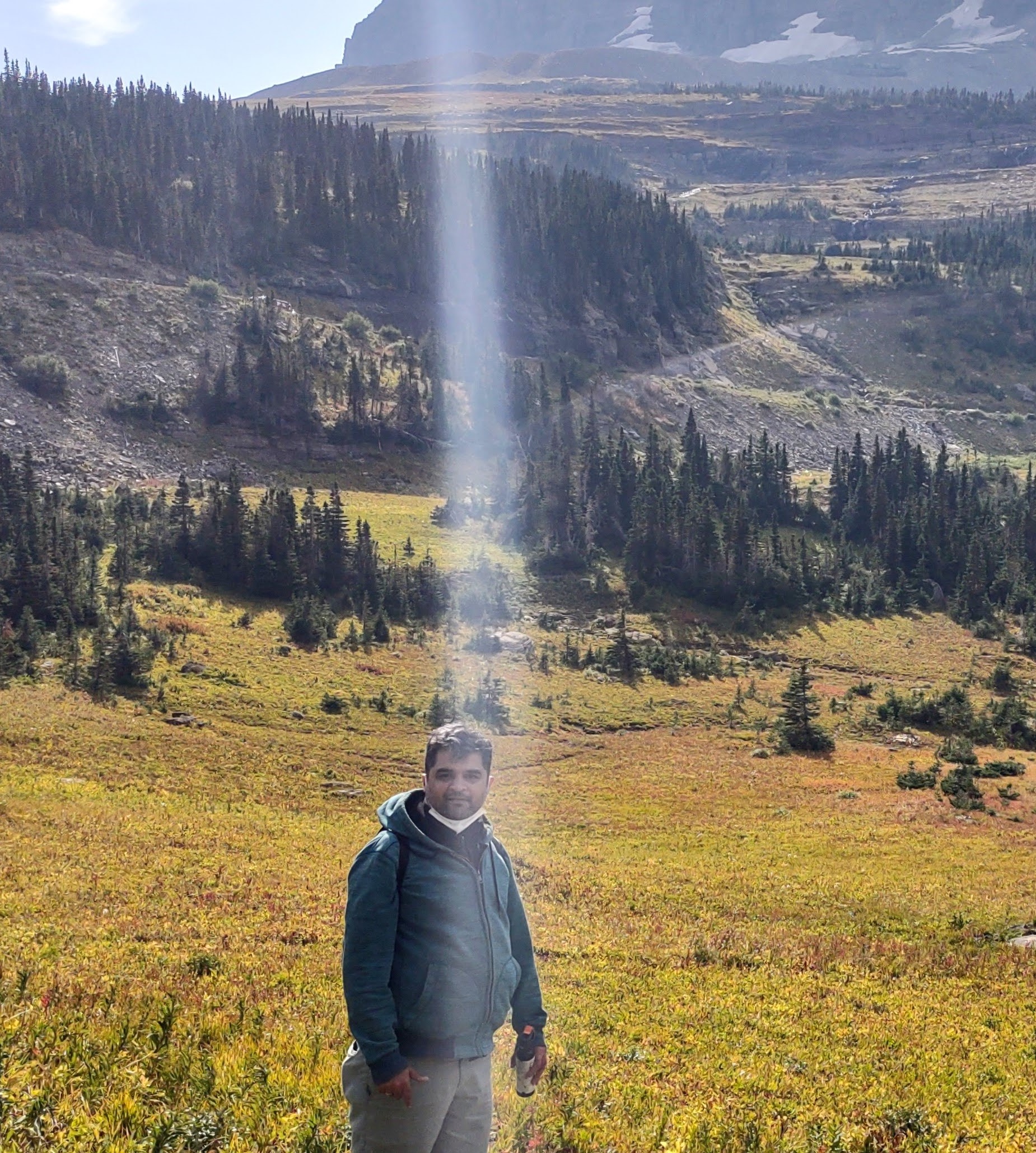 Anup Parchure completed his PhD in 2018 from the National Center for Biological Sciences (NCBS), India and came to the US during a short postdoc stint at UMASS Medical School in Department of Neurobiology. During his PhD., he uncovered the mechanisms of exovesicular secretion of morphogen Hedgehog, and its roles in patterning the Drosophila wing. Since April 2019 he is investigating the mechanism of Insulin sorting and secretion as postdoctorial fellow in the von Blume lab.

Soon after immigrating to the US, Anup realizes the challenges faced in academia from individuals belonging to diverse racial and ethnic groups, individuals with disabilities as well as due to sexual orientation and strives to work towards DEI in academia.

That is why outside of the lab, he has been involved in a leadership role with the ISFS, which was first held in January 2021. There, he led the outreach efforts for ISFS and contributed to planning of the program for the inaugural symposium where he spearheaded organization of a panel discussion on understanding the ins and outs of NIH funding by bringing together 5 panelists. He also serves as a judge for ENVISION - a high school science competition organized by 'Women in STEM' to evaluate scientific projects from high school students in the New Haven and neighboring schools. Recently he has joined the Cell Biology DEI committee and is looking forward to contributing to the initiatives already put in place by the committee.

Apart from being engaged in projects and organization for DEI in STEM, his scientific and science career interest drives his participation in the committee which organizes the “Beyond the Bench” seminar series. The series aims at organizing talks and workshops which supplements academic activities, for example grant writing as well as highlighting alternative career choices for researchers beyond an academic set up.

Thank you for the great work for the community, not only at Yale but also beyond, Anup! 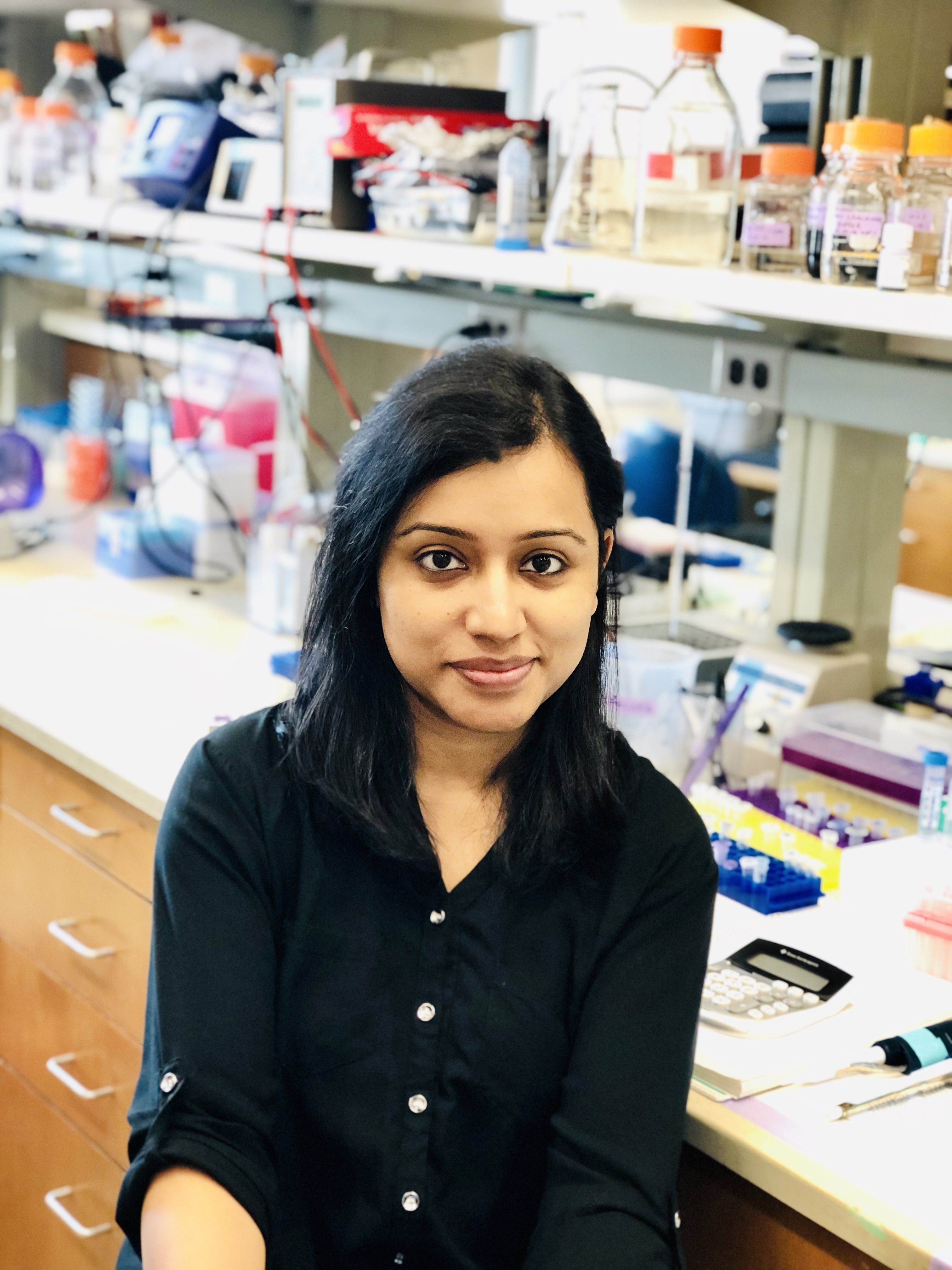 Sunandini Chandra, also known as Su, came from India as a graduate from the University of Delhi to join the LusKing and Melia labs as PostDoc. In the past 3 years she has been studying the nuclear envelope quality control mechanisms. Using yeast as a model system, she aims to encipher how the nucleus of a cell with closed-mitotic system, engages autophagy to eliminate damaged components in a way that does not disturb the integrity of this vital organelle. Currently, her work focused additionally on nuclear envelope turnover in a non-mitotic system, neurons, that has possible implications in neurodegenerative diseases such as ALS.

Not only being associated to two labs, but also to lots of organizations beyond the bench, Sunandini has contributed to various project for the community. From being WISAY mentor of a graduate student, over coordinating (last season) and currently directing SITN, to participating as a judge for ENVISON science competition (WISTEM). An event to encourage female high school students with interest in STEM career to ultimately increase the female representation in STEM. She has also participated in the ISFS 2021 committee for 'social, web and outreach' and 'Fellow selection' committee. Although not being directly involved with the DEI committee, she helped to gather the perspective of postdocs on the department for the formation of the DEI committee. To support also a different scientific field, Sunandini reviewed applications for the YIBS (Yale Institute for Biospheric Studies) Small Grants Program.

Thank you for your tremendous work for the community, Sunandini!