'Meet Our Speakers!' Dr. Mike Dustin (PhD) in the spotlight! 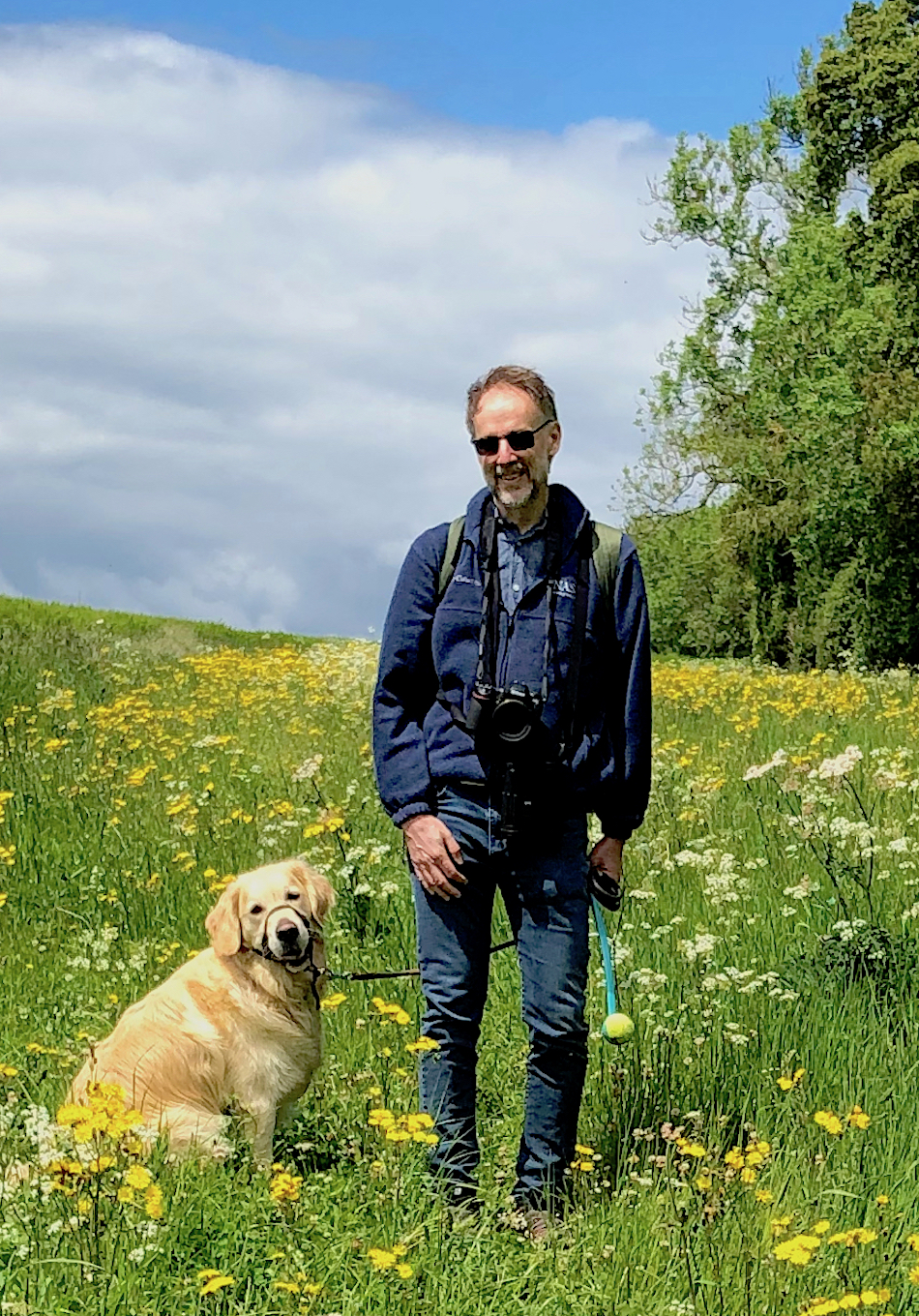 In late September, Michael (Mike) Dustin was invited by Xiaolei Su to give this semester’s first Cell Biology Seminar, titled: “Sorting T cell receptors out and in at the immunological synapse.” His lab focuses on the structure and function of immunological synapses, applying imaging and quantitative biology techniques to better understand this unique phenomenon.

For those who may have missed it, Professor Dustin’s seminar focused on the fascinating question of “how immune cells manage receptors after they are used for signaling in an immunological synapse.” After a helper T cell has engaged with an antigen of interest stemming from a pathogen or vaccine, it must transmit this information to B cells so that they may effectively generate specific, high-affinity antibodies against the antigen. For this to occur, the helper T cell binds to a B cell, forming an immunological synapse. “In this process, each receptor joins in a cluster of other receptors and signals for about two minutes as it travels from the outside of the synaptic interface to the center.” Dr. Dustin further elaborated on the importance of timing in receptor fate: “the first cohort of receptors to reach the center nucleate formation of vesicles that deliver critical signals that the B cell needs,” while the later group “is internalized to have a second chance to be incorporated into a second wave of vesicles.”

Professor Dustin noted how fascinating it is that “the messages that are transferred between cells are generated de-novo in the synaptic interface based on the integration of physical interactions and signaling processes inside both cells.” As interesting as this phenomenon is, this work comprises only one small part of Mike Dustin’s spectacular scientific journey.

Mike Dustin had “early opportunities to dabble in science,” playing with the chemistry set “which was basically an explosives lab” that had been handed down to him by his father. “Having survived that phase,” he went on to start his career as “a less than model student, slowly developing better academic skills through high school and college.” Despite his early experiments in chemistry, Dr. Dustin’s love for science did not fully reveal itself until his sophomore year of undergrad at Boston University where “some cell biology professors who were real characters… kind of brought biology to life.” His undergraduate work in Dr. Scott Peterson’s lab inspired him to continue studying cell-cell communication, a field which led him to apply to Harvard Medical School. Of Mike Dustin’s many phenomenal mentors over the years, Professor Morris Karnovsky at Harvard had “the biggest impact for the fewest words.” His advice for Dr. Dustin to attend Harvard and work with Professor Tim Springer helped shape the trajectory of Professor Dustin’s career.

While his academic journey began a mere two hours away, it has since taken Mike Dustin around the globe. “Having done PhD thesis defenses in North America, the UK, France, Denmark and Sweden, [he] is amazed at the diversity of traditions” where “it’s impossible to say one system is better than another.” When asked whether he would like to return to the states for his next career step, he replied, “who knows what the future may bring” and mentioned the importance of making moves which provide opportunities for both himself and his partner since they were undergrads at Boston University, Lynn Dustin. Lynn Dustin is currently a Professor of Immunology and Virology alongside Mike at University of Oxford. The two enjoy birding, but are still not used to how birders are called “twitchers” in the UK. They also have a 5-year-old golden retriever named Potter, after Harry Potter, having read the early books to their daughter Meredith as she was growing up, and enjoy the trails across the UK countryside that are free for all to enjoy.

The importance of communication

Professor Dustin’s global approach to science extends beyond where he has worked and lived to also include his approach to science communication and review. He is an active participant in the immunology community, sharing his science with others through ibiology.org and helping others share their work as an editor at Immunology, Immunity, and several other journals and as a frequent reviewer for a variety of journals and grant applications. He feels that “peer review is very important – both for publishing and funding… the approach to this needs to be balanced and the system clearly works best if this work is shared roughly evenly across the community.” He has specifically enjoyed his work with Annual Reviews and the eLife project for their ”progressive leadership” and goals of “working not just on science as a product, but also to improve the culture of science.”

Dr. Dustin’s most recent work at the Kennedy Institute of Oxford has involved intensive collaboration in a unique “super-lab” environment which is comprised of his lab as well as those of Dr. Cosima Baldari (whom we previously interviewed), Dr. Salvatore Valitutti, and Dr. Jens Rettig. This team of scientists united around a key discovery made by postdoctoral fellow, Dr. Stefan Balint, of the Dustin lab. He found that “T cells and NK cells release supramolecular attack particles (SMAPs), which are core-shell particles that deliver concentrated cytotoxic proteins to target cells.” This breakthrough, published in Science in May of 2020, enabled the international team to earn a €10M grant from the European Research Council (ERC) to engineer SMAPs to kill cancer cells. Their joint project is entitled “Analysis of the T cell’s tactical arsenal for cancer killing (ATTACK)” and is being carried out with equal contribution from each lab group.

Professor Dustin considers this “a fantastic opportunity to work with three other scientists [he] has long admired.” He has known Dr. Valitutti the longest, having met him during postdoctoral study in 1993. Despite their history, it wasn’t until they were putting together the ERC grant that they realized they have the same birthday! We asked Dr. Dustin where he hopes to see himself in ten years, and he replied, “I would like to see something we have done get into patients to improve their lives. Marc Feldmann and Ravinder Maini developed anti-TNF therapy for rheumatoid arthritis at the Kennedy Institute when it was in London… That kind of impact is something to strive for.” Given that the ATTACK super-lab has only been collaborating for six months and already has had their first paper, led by the Rettig team, accepted for publication, Professor Dustin’s hopes might well be realized!

We certainly look forward to seeing all of the incredible work that emerges from this amazing team of scientists and thank Professor Dustin for providing such an amazing kickoff to this semester’s seminar series!

Connect with Dr. Dustin and his lab!