Krystal Among New Leaders of YCCI 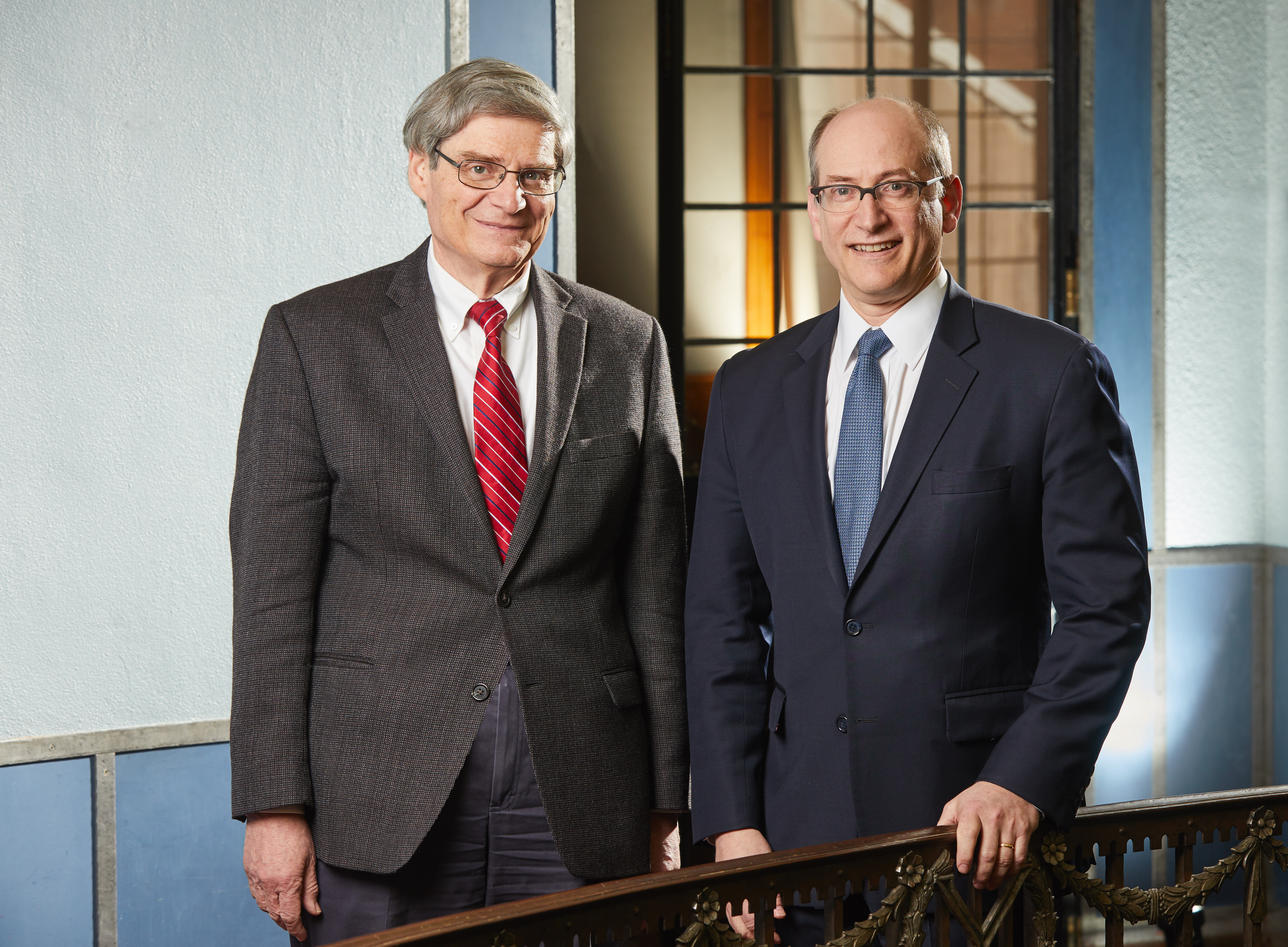 Smith is deputy dean for scientific affairs (clinical departments) and chair of the Department of Laboratory Medicine, with a secondary appointment in the Department of Biomedical Engineering at the Yale Faculty of Arts and Sciences. Over the summer, he became YCCI co-director and CTSA co-PI, with Robert S. Sherwin, MD, who recently retired. He has more than 20 years of leadership experience at YSM, with major administrative responsibility for the school’s research enterprise, as well as an educational role across the scientific pipeline. “When I was approached about leading YCCI, I was excited about continuing Bob Sherwin’s wonderful legacy,” he said. “I am enthusiastic about our future.”

Krystal is the Robert L. McNeil, Jr. Professor of Translational Research; professor of psychiatry, neuroscience, and psychology; chair of the Department of Psychiatry; and chief of psychiatry and behavioral health at Yale New Haven Hospital. He has published extensively on the neurobiology and treatment of schizophrenia, alcoholism, PTSD, and depression and led the discovery of the rapid antidepressant effects of ketamine in humans. He has worked with YCCI since its inception, co-chairing the YCCI Science and Safety Committee and serving as a member of the internal clinical chairs group that aids in the center’s strategic planning on an annual basis. “As someone who looked up to Bob Sherwin as a junior faculty member as the model of a translational scientist, I am honored to work with Brian and the leadership to continue Bob’s work,” said Krystal. “I expect that YCCI and the Yale CTSA have a bright future.”

YCCI thrived under Sherwin’s leadership, providing research and salary support to 137 YCCI Scholars, implementing OnCore, a clinical trials management system and spearheading its integration with Epic, substantially increasing clinical trial activity with industry sponsors, and developing the Cultural Ambassadors Program to increase minority participation in clinical research. According to Robert J. Alpern, MD, dean and Ensign Professor of Medicine replacing Sherwin was no small task. “Our Executive Committee spent a lot of time speaking to the External Scientific Advisory Board and looking at leadership models around the country,” he said. Ultimately it was decided to move forward with a multi-PI structure to further support the Yale CTSA’s transformational vision, allowing for continued growth in the years ahead.

The Executive Committee selected Smith and Krystal following an extensive search. Both have been among the most active clinical chairs and researchers engaged in the CTSA, including aiding with the original CTSA application in 2006. Yale was one of the first 12 institutions to receive this prestigious award, which was renewed in 2011 and 2016. Going forward, Smith and Krystal plan to continue to enhance research capabilities with Epic, nurture international collaborations with University College London and the University of Trondheim in Norway, collaborate with the FDA and the Cultural Ambassadors to continue to build minority recruitment in clinical research, and build on efforts to train the next generation of clinician-scientists.

The appointment of Velazquez will further strengthen YCCI’s leadership team. Velazquez is the Robert W. Berliner Professor of Medicine (Cardiology); section chief of the Division of Cardiovascular Medicine in the Department of Internal Medicine; chief of cardiovascular medicine at Yale New Haven Hospital; and physician-in-chief of the Heart and Vascular Center at Yale New Haven Health. He is ideally suited for this role as he is a clinician-investigator whose major contributions to science include the design, development, and implementation of landmark, randomized clinical trials that have altered international guidelines and the treatment of patients with chronic heart failure, in particular, those with accompanying coronary artery disease. Although Velazquez will focus on clinical trials, he will be joining the team of current YCCI deputy directors, Margaret Grey, DrPH, RN, FAAN (Yale School of Nursing); Kevan Herold, MD (Yale School of Medicine); Melinda Irwin, MD (Yale School of Public Health); Marcella Nunez-Smith, MD, MHS (Yale School of Medicine and Yale School of Public Health); and Tesheia Johnson, MBA, MHS (Operations and Administration).