After 42-years of service Forrester “Woody” Lee, MD ’79, announced he will retire, effective July 1, 2021. A professor of medicine at Yale, Lee was awarded the Special Recognition of Service to the Section of Cardiovascular Medicine Lifetime Achievement Award at the 2021 Yale Cardiovascular Medicine virtual graduation ceremony.

Growing up in in Plainfield, New Jersey, Lee was exposed to the medical profession from a young age. Lee’s uncle had a particular influence on him.

“I’ve always wanted to go into medicine. I come from a family of physicians,” Lee said. “He was the family physician for a small academic community of lower and middle class black folks who were connected with the university in that town. I spent a couple summers with him and marveled at the life that he led.”

Lee’s academic career began at Dartmouth College in 1968 where he was one of twelve African-American students on campus. He became the first president of the newly formed Black Student Organization. Lee completed his studies with Phi Beta Kappa from Dartmouth College during a period of monumental societal change in the United States. Lee moved to Harlem to work with under resourced African-American communities where he built an eight-year career as an urban planner.

Lee recognized the challenges he encountered originated from health care disparities. “It was important for me to get back to what I had planned to do, so I decided I should be going to medical school,” he recalled.

In 1975 he arrived at the Yale School of Medicine to start his second career. He continued at Yale for training in Internal Medicine and served as chief medical resident in 1983 before entering a fellowship in cardiovascular medicine at Yale.

He later joined the faculty and helped to establish the Cardiac Transplantation and Heart Failure Program. He was promoted to full professor and went on to serve as the medical director for ten years and acting chief of cardiovascular medicine.

Lee co-directed the transplant program with John Baldwin, MD, a cardiac surgeon who had trained with Stanford's Norman E. Shumway, MD, PhD, best known for performing the first adult human transplant in the United States in 1968. “I learned about heart transplantation from people who were in it from the very beginning.”

In four decades, Lee has led studies heart failure, transplantation, methods of cardiac imaging, and health disparities. Heart transplant survival rates have risen substantially in recent years. The heart transplant program that Lee helped launch now boasts a one-year survival rate that is well-above the national average. The greatest reward of his clinical practice has been knowing that his patients can live full lives, “Getting to know those families has been the joy of my life.”

As a clinical researcher, Lee focused on several key areas including emerging therapies for congestive heart failure, clinical outcomes in heart transplantation, the association of heart with inflammation, and health care access for minorities with cardiovascular disease. 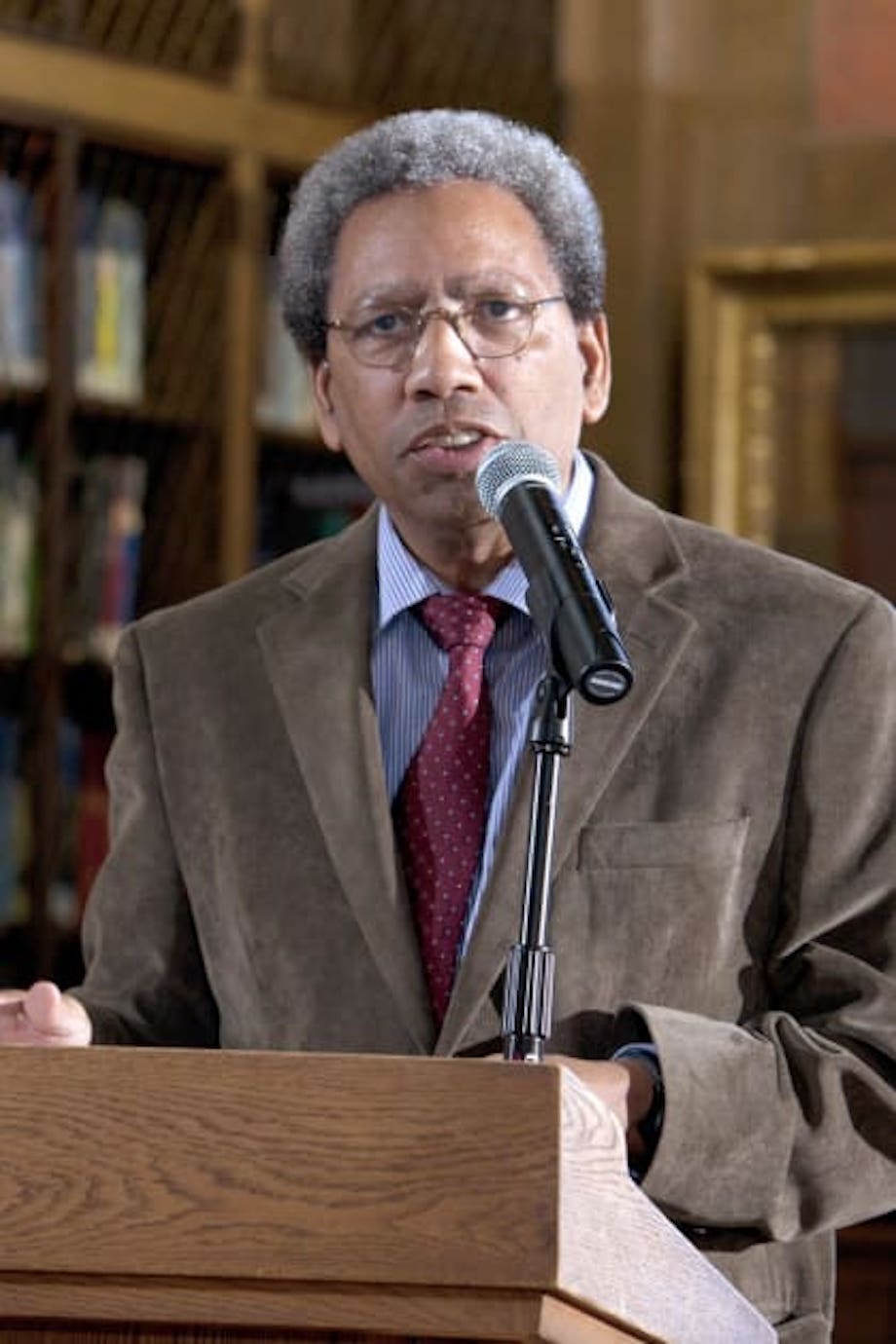 He coauthored to a 2002 paper in JAMA with Rachel Lampert, MD, that demonstrated significant depression in noninvasive signals of healthy cardiac function following the September 11 attacks, and also contributed to extensive research with Rachel Lampert, MD, which examined how clinical and demographic factors affected health and quality-of-life outcomes in African-Americans in the American Heart Journal.

Barry Zaret, MD, the Robert W. Berliner Emeritus Professor of Medicine at the School of Medicine, shared his earliest memories of working with Lee.

“I first encountered Woody when he was a member of the house staff. Woody was more mature and a bit older than the rest of his resident cohort. He had already experienced another career in city planning working in New York City. Even as a resident his clear thinking and clinical effectiveness made him stand out within his peer group. For this reason he was selected to be chief resident and I was delighted when he expressed interest in joining our fellowship program. As expected, he excelled in this venue as well. He was a superb clinical fellow with a substantial skill in digitizing physiologic data to explore clinically relevant physiologic outcomes. Woody joined our faculty after fellowship and was promptly funded by a Robert Wood Johnson Faculty Development Award. As a faculty member he took an active role in our congestive heart failure and cardiac transplant program. His work in the area was outstanding. He proved himself to be a superb clinician, a clinical scientist, and a healer. Throughout his career he’s been adored by his patients, revered by staff, and highly respected by trainees, colleagues as well as referring physicians.

In his remarks, Zaret described Lee’s career as productive, meaningful, and multifaceted.

“Over the years I’ve shared several patients with Woody. For this reason I could speak of his clinical skills from direct observation and interaction. Woody was the first African-American to join our fellowship program and subsequently our cardiology faculty. Indeed he was one of the first minority faculty in the Department of Internal Medicine.

Midway through his career he became the first assistant dean responsible for diversity in the medical school. Under his guidance a meaningful and substantial program was developed from scratch because of his newfound administrative responsibilities he curtailed his cardiology activities for a period but nevertheless he remained clinically active in the Advanced Heart Failure and Cardiac Transplant Program and continues to care for his patients,” he added.

A Lifelong Champion of Diversity in Medicine

Aside from his academic career, Lee has advanced educational opportunities for minority students and faculty as the associate dean for multicultural affairs, now the Office of Diversity, Equity & Inclusion. In this role, for twenty years, he led two NIH and foundation-funded Yale summer programs to support entry of college students into medical and science careers, a summer course for prospective students who are typically underrepresented in medicine.

“These were all students who are underrepresented in medicine. We give them the opportunity to come to Yale and experience what it's like to study and progress in a community that is very supportive and very much cheering on their behalf to do well in their lives.” Many of the former students chose to enroll in MD/PhD programs. These efforts have enabled hundreds of minority students to overcome barriers in medicine.

Among his many interests, Lee shares a passion for African-American history. Notably, preserving the legacy of the first African-Americans who graduated from his alma mater, Dartmouth College. A lecture presented at the Museum of African American History in Boston “Ivy League Pioneers: Black Students at Dartmouth, 1775–1950,” provides a compelling and detailed analysis of 133 men who rose to become physicians, educators, civil rights activists, and distinguished scholars. Lee also coauthored the book A Noble and Independent Course: The Life of the Reverend Edward Mitchell about the first African-American student to graduate from Dartmouth College and the Ivy League in 1828.

Submitted by Elisabeth Reitman on June 29, 2021