In 1982, when the fledgling Child Abuse Program at Yale New Haven Hospital was in need of a physician, the job was assigned to the most junior faculty member in the General Pediatrics section at Yale School of Medicine, a young doctor named John M. Leventhal.

Clearly, the complex and emotionally draining job was not a popular assignment, as evidenced by the fact that it was given to the clinician with the least seniority. But Leventhal took on the challenge and vowed to do the best he could with it. At the time, the program staff consisted of Leventhal and a part-time social worker.

Thirty-six years later, the Child Abuse Program has a staff of 14 and is one of the top programs of its kind in the country, and Leventhal is a nationally recognized expert in child abuse who has helped hundreds of children and families and mentored generations of physicians.

This summer, Leventhal was awarded the 2018 David J. Leffell Prize for Clinical Excellence in recognition of his exceptional achievements and his dedication to working with abused, neglected and sexually abused children. 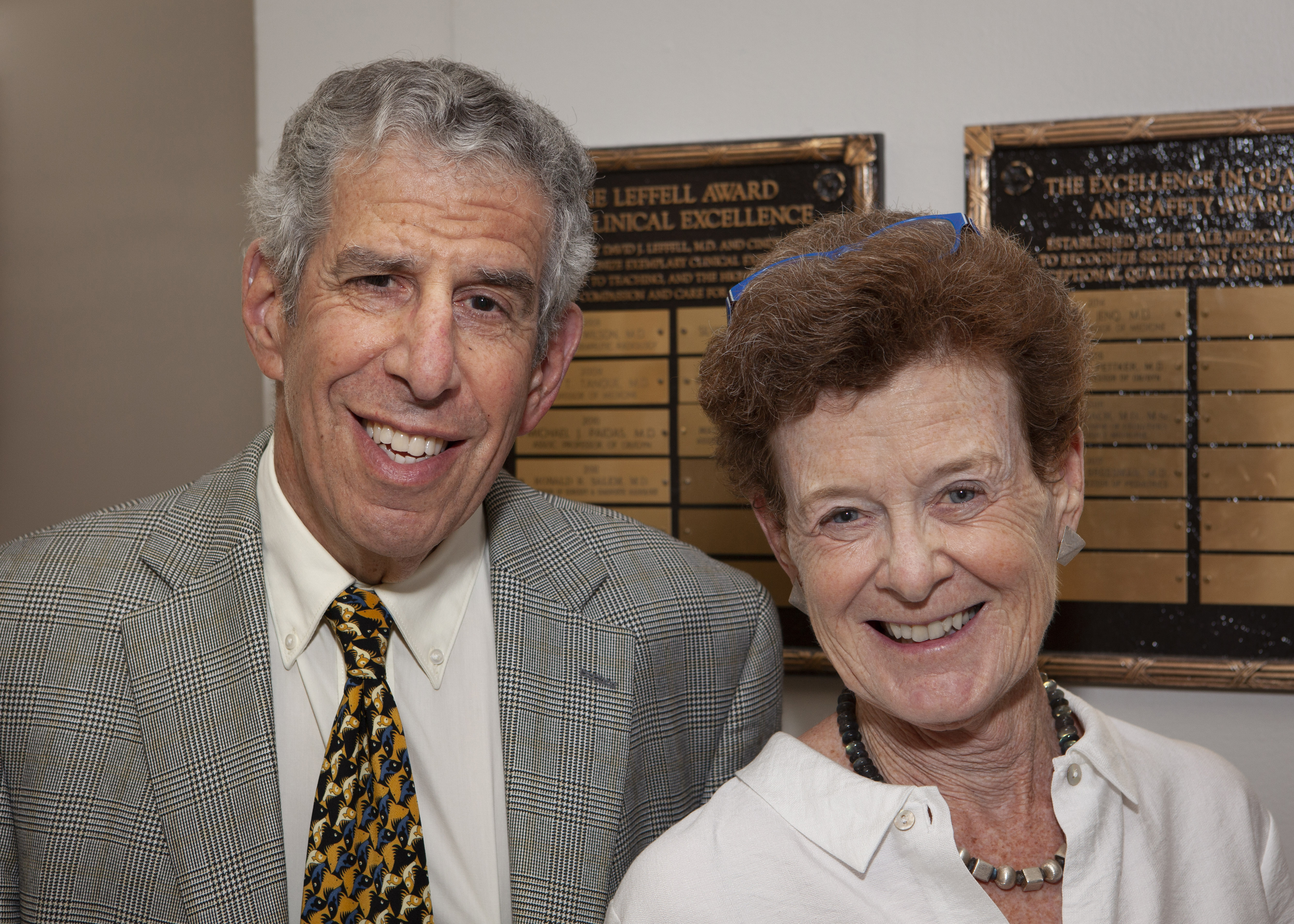 “Dr. Leventhal was the first and the only child abuse pediatrician at Yale for over 25 years. In this critical role, Dr. Leventhal built and has nurtured, almost single-handedly, what has become one of the most lauded child abuse programs in the country,” wrote Andrea G. Asnes, MD, associate professor of pediatrics (general pediatrics) and associate medical director of the Child Abuse Program, who nominated Leventhal for the Leffell Prize. “I believe that Dr. Leventhal’s work to identify child abuse and to advocate for the protection of abused children in his care has saved and bettered the lives of hundreds of children in our community over his years of service at Yale."

The Leffell Prize—established by David J. Leffell, MD, David P. Smith Professor of Dermatology and professor of surgery (otolaryngology and plastic), and his wife, Cindy—is awarded each year to “an individual who best demonstrates the highest level of clinical expertise, commitment to teaching and the highest standards of care and compassion for patients.” This year there were 20 nominations for the prestigious prize.

Leventhal, a professor of pediatrics who has served on the Yale School of Medicine faculty for 40 years, is medical director of the Child Abuse Program and Child Abuse Prevention Program at Yale New Haven Children’s Hospital. He earned his MD from Tufts University School of Medicine and came to Yale as a pediatric resident in 1973, making him a member of the Yale community for 45 years. Leventhal also was a Robert Wood Johnson Clinical Scholar at Yale.

Asnes credits Leventhal with dedicating himself to a job “that others would have run away from.” Nationally, tremendous strides have been made in the recognition, treatment and prevention of child abuse over the past four decades—in fact, child abuse pediatrics became a board-certified specialty in 2009. “People like John paved the way for recognition of this field, for the children,” Asnes says.

Leventhal’s work in the field of child abuse is multi-faceted and far-reaching. He has placed a special emphasis on making the Yale programs more collaborative, and working closely with outside individuals and organizations. Among his many roles at Yale, Leventhal leads the DART team (Detection, Assessment, Referral and Treatment)—one of the oldest multidisciplinary child protection teams in the country, which celebrated its 50th anniversary in 2017. Under his leadership, the Yale Child Abuse Program developed a busy child sexual abuse clinic as well as a mental health program for sexually abused children and their non-offending caregivers. In addition, Leventhal led the development of the Nurturing Families Network, a home visiting program for first-time, high-risk parents.

In addition to his clinical work, Leventhal has made significant contributions through his extensive research and scholarly pursuits. Among his many scholarly achievements, he served for five years as editor-in-chief of the premier journal in the field of child abuse—Child Abuse and Neglect, The International Journal—and has served on many other editorial boards.

Leventhal contributes his time to a wide range of organizations on the international, national and state levels. He is the immediate past president of the Ray E. Helfer Society, an international society of physicians seeking to provide leadership on issues of child abuse and neglect. Locally, Leventhal has served on the Connecticut Legislative Task Force on Child Abuse and the Governor’s Task Force on Justice for Abused Children, to name just a few of the organizations with which he is involved.

And, in addition to educating thousands of medical students and residents about child abuse during his years at Yale, Leventhal has served as an invaluable resource to generations of pediatric providers in Connecticut and beyond, who have consulted with him on questions about child maltreatment. 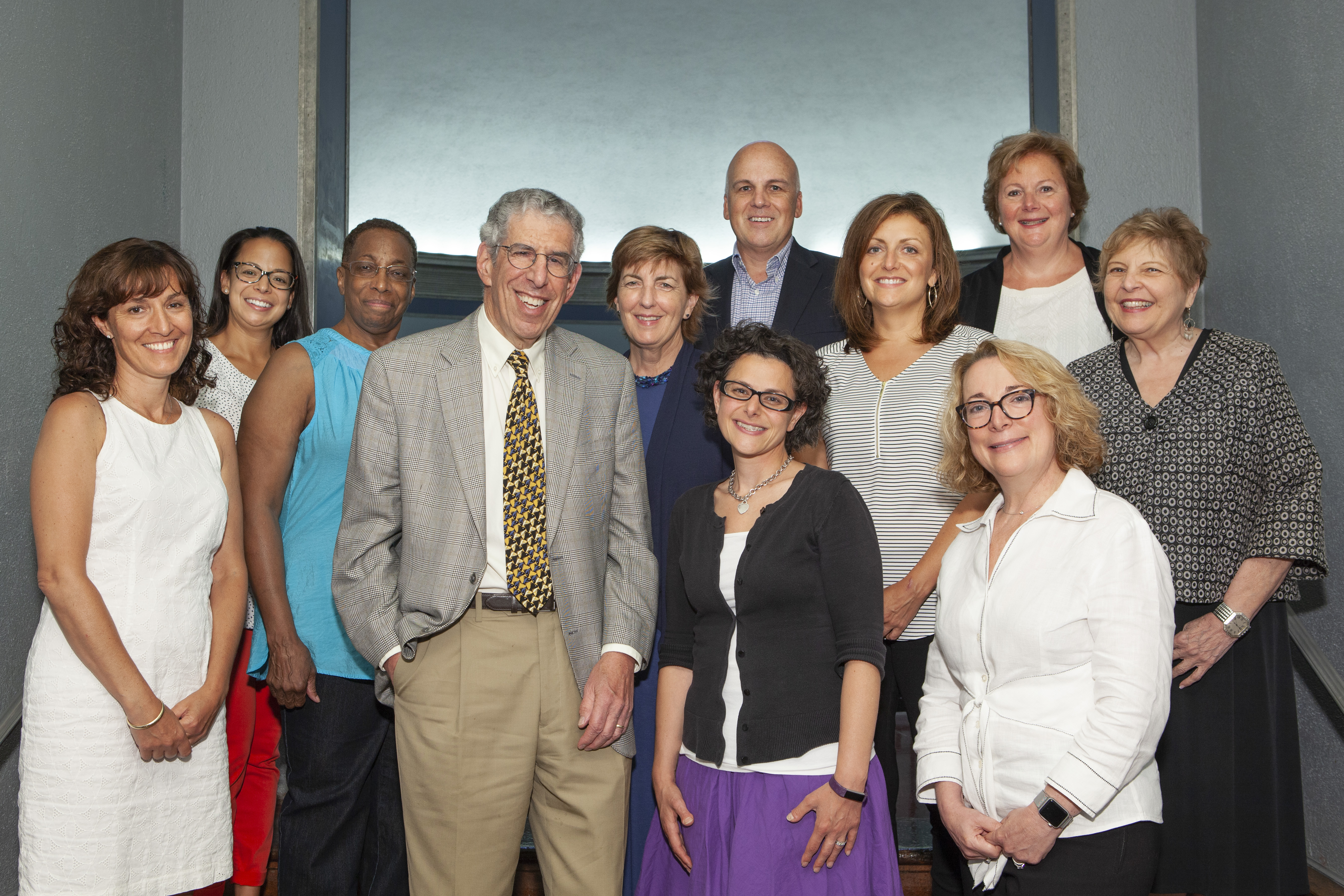 Leventhal gives his team much of the credit for the progress that has been made at Yale in recognizing, treating and preventing child abuse.

“As you might imagine, this work can be challenging, the decisions can be difficult ones, and the clinical situations can be draining,” he says. “What I have learned over the years is that this work is best done with strong collaborators and a committed and dedicated team.

“It is a remarkable privilege to be able to care for abused, neglected, and sexually abused children and their families. It has been a journey of discovery to do this work over these many years.”

Submitted by Robert Forman on September 11, 2018