Megan C. King, PhD, associate professor of cell biology and of molecular, cellular and developmental biology, and Simon Mochrie, PhD, professor of physics and of applied physics, have been named Allen Distinguished Investigators by The Paul G. Allen Frontiers Group, a division of the Allen Institute. They are among eight scientists who lead or co-lead five research projects that the Frontiers Group announced today. Each project receives $1.5 million for a three-year period. 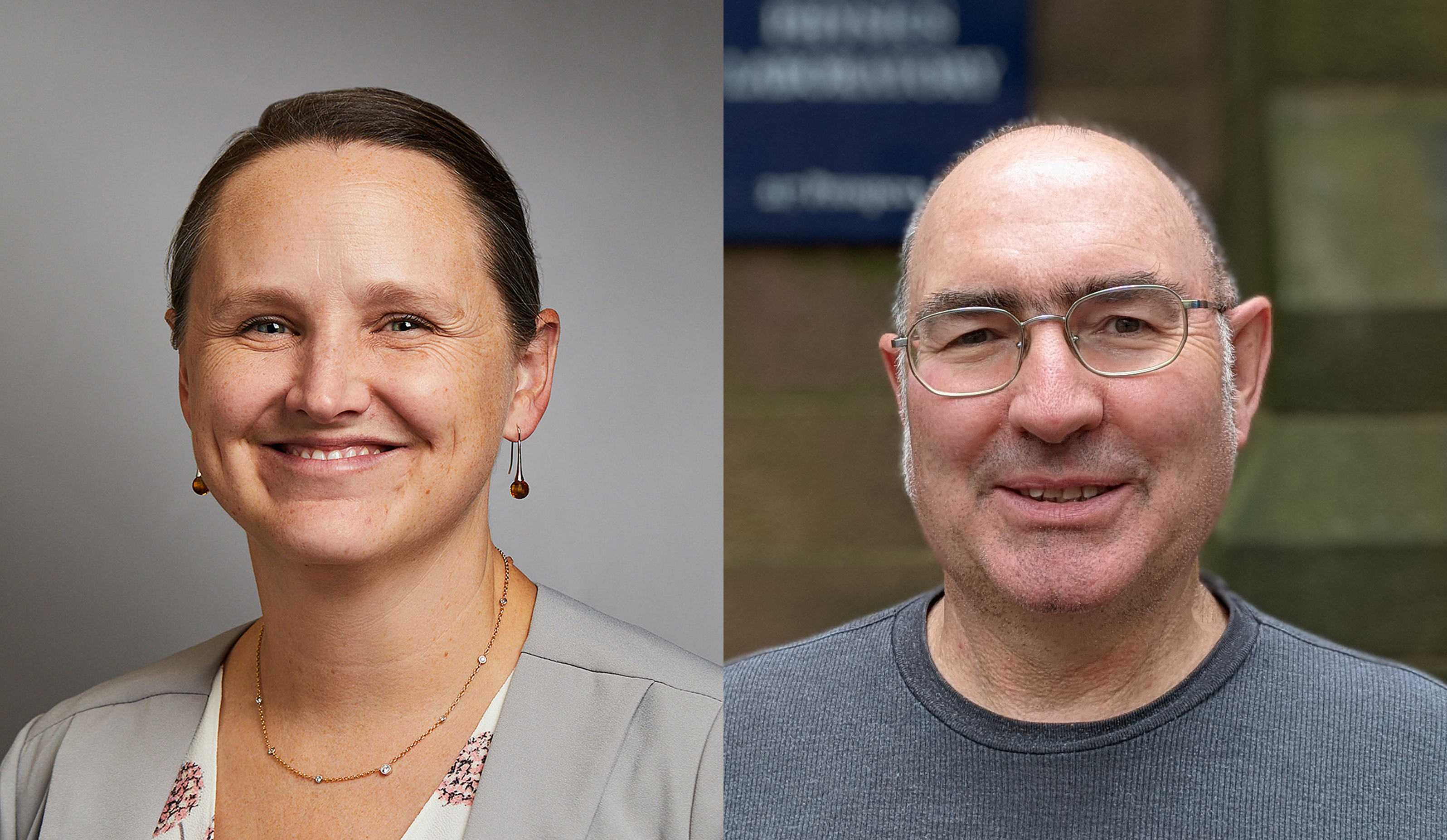 “All eight of these researchers are doing pioneering, outside-the-box research that likely wouldn’t be funded by traditional means but could have incredible implications for their fields,” says Kathy Richmond, PhD, MBA, director of the Frontiers Group.

King and Mochrie are the co-leaders of a collaborative team studying the physical and molecular forces that maintain the correct size of our cells’ largest organelle, the nucleus, which maintains a consistent volume in healthy cells, but whose size maintenance is often thrown out of whack in such diseases as cancer. The research team hopes to uncover the mechanisms that drive that variation, which remain unclear.

“The nucleus gives us insight into so many types of diseases,” says Kris Dahl, PhD, professor of chemical engineering at Carnegie Mellon University and a prominent expert in nuclear biology. “This year’s Allen Distinguished Investigators have some of the most exciting ideas that will lead to understanding proper cell function and dysfunction in disease.”

This year marks the 10th anniversary of the Allen Distinguished Investigator program, which was launched in 2010 by the late philanthropist Paul G. Allen to back creative, early-stage research projects in biology and medical research that would not otherwise be supported by traditional research funding programs. Including the new awards, a total of 82 Allen Distinguished Investigators have been appointed over the past 10 years, including two previous awardees from Yale. Thierry Emonet, PhD, professor of molecular, cellular, and developmental biology and of physics, and Steven Zucker, David and Lucille Packard Professor of Computer Science and professor of biomedical engineering, were named in 2013.