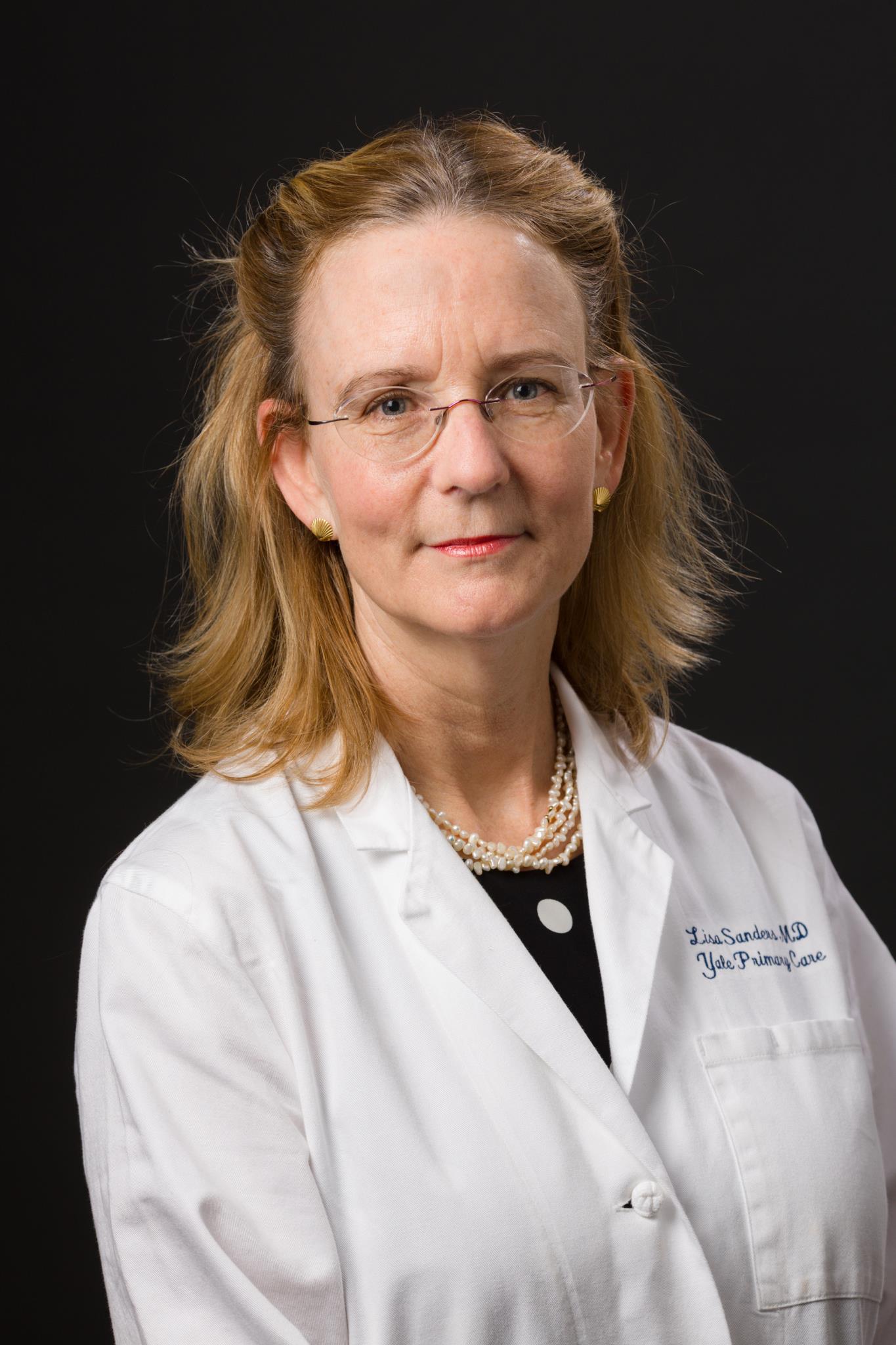 The path Lisa Sanders, MD, FACP, took to medicine was a winding one. After completing her undergraduate degree in English at a university in Virginia, she moved to New York City. Her career in journalism and television blossomed, working at ABC and CBS. In fact while at CBS, Sanders won an Emmy award for Outstanding Coverage of a Breaking News Story for coverage of Hurricane Hugo. As a journalist, she covered many fields, including medicine and admittedly, questioned why people would go into ‘such a narrow’ field. But one day during a live shot along a river in North Carolina, Sanders’ glimpse into the medical world would forever change her view.

Sanders was working with Bob Arnot, MD, an internal medicine doctor and CBS correspondent on a story about white-water rafting.

“I was watching the monitor and all of a sudden, Bob disappeared from the screen,” recalled Sanders. “The camera man and I were scrambling to find him. Bob was on the side of the river, and pulled an older woman out of the water. He began to perform CPR. And just like in the movies, she came back. I thought, ‘I’ve never saved anyone’s life. I’d like to do that.’”

Sanders further explains in her 2010 book, Every Patient Tells a Story: Medical Mysteries and the Art of the Diagnosis.

“I didn’t quit television right then and there and head off to medical school,” she wrote. “But it planted an idea and revealed a hidden dissatisfaction with my role in TV. Television reaches millions, but touches few. Medicine reaches fewer but has the potential to transform the lives of those it touches.”

Sanders decided to change her career. She left her network job and pursued freelance television opportunities while completing her pre-med work at an ultra-competitive university in the city. She didn’t enjoy the environment there so when applying for medical school, Sanders looked broadly at programs that were the opposite of what she was experiencing.

“I knew I could write a good essay, but I was worried that people would look at me and say, ‘Oh, she washed out in television, now she's going to medical school as a sinecure because there are no unemployed doctors,” explained Sanders.

Familiar with her pre-med environment, one of her friends suggested she look at Yale School of Medicine (YSM).

YSM became her top choice, but Sanders was added to the wait-list. Ready to go elsewhere for medical school, she received a call that she got in the following spring. She accepted immediately.

Sanders jokes that she got into Yale in a spot that they reserved for the ‘weirdos.’ At age 36, she was considered a non-traditional student, but was thankful for her life journey and writing background. Sanders considered these experiences as a big advantage.

“I think that because I was older, I could embrace the uncertainty in medicine better than had I gone to medical school and residency straight out of college. My expectation would have been that there was an answer for everything,” said Sanders. “Being an English major gave me the appreciation for suspense and ambiguity. There is uncertainty. There are narrative lines in a novel, but until you get to the end, it could go in a lot of different directions. Art and music are the same way. Coming from an arts background and being older allowed me to tolerate and appreciate uncertainty more than I would have had I been the same age as the other students.”

Following medical school, Sanders stayed at Yale and joined the faculty. One of her favorite aspects of working as a clinician educator at YSM is teaching residents, fellows, and medical students. She sees herself as a constant student, and feels this is necessary in order to instruct others. Teaching is a benefit to Sanders because it forces her to keep up with the literature.

“We teach in a lot of ways,” explained Sanders. “We have didactics. We try to integrate what we teach into the care of the patient, but also one of the things we teach is to be a role model. How to think about medicine, how to think about patients, and how to treat patients. Teaching is not just the words that we say, it's how we actually behave and how we actually take care of patients. It is a great privilege to care for patients.”

More recently, Sanders waded back into television with her Netflix series “Diagnosis,” which debuted in August 2019. The seven-episode docuseries follows eight previously undiagnosed patients seeking a cause for their mysterious medical symptoms. Pulled right from her popular New York Times Magazine column, Sanders asks for submissions from around the world to help solve the often debilitating diseases and guides the patients through the process. The series has received great reviews. Read Time Magazine’s review of the series.

She credits some of her success to the support she receives at YSM. At her Diagnosis launch party, hosted at the home of Patrick O’Connor, MD, MPH, Dan Adams and Amanda Adams Professor of General Medicine and chief of general internal medicine, she credited her colleagues for their backing and encouragement.

“Yale is a unique place that allows these special projects to happen,” she said. 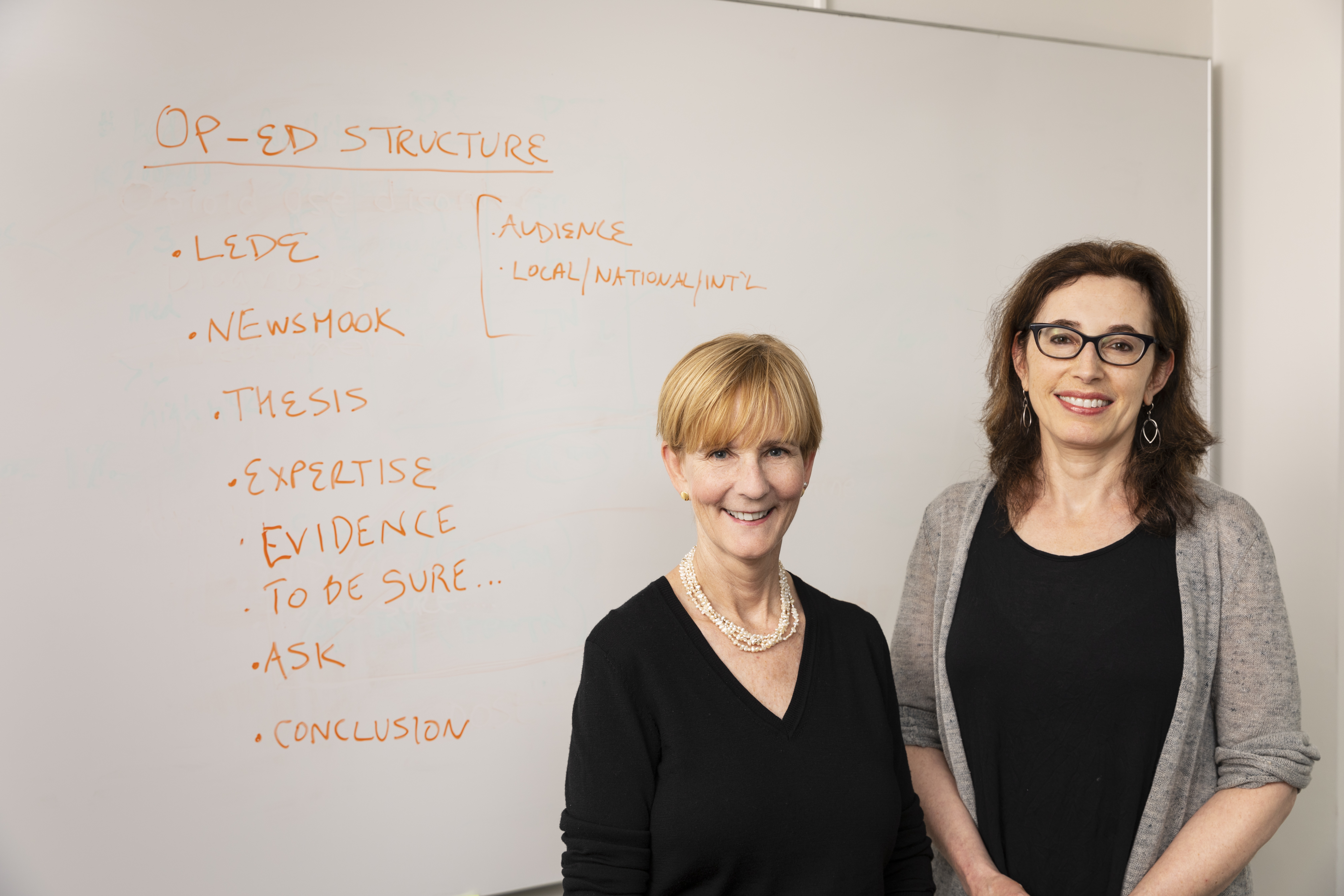 In addition to the television series, books, and newspaper columns, Sanders shares her writing knowledge through the Yale Internal Medicine Residency Writer’s Workshop. Co-directed with Anna Reisman, MD, the workshop celebrated its 15th year in January. The duo leads a two-day writing clinic each fall which culminates in an essay presentation. The works are then published in a volume entitled Capsules. To learn more, visit Writers’ Workshop.

“I feel like my job is to teach people how to notice the details that make a story come to life. This is also what you do as a doctor; you notice the details that bring life to this person in the bed. That course has been remarkable. Writing is a skill like singing; you can learn it, you may not be Pavarotti, but you can do a good job.”