Research opportunities in radiology & biomedical imaging provided a launching platform for Mansur Ghani, MD, who graduated from Yale School of Medicine in May. A month earlier, Mansur completed a four-week internship at the Johnson Space Center in Houston, Texas, to study the medicine and physiology of human spaceflight and to learn about the role of radiology in space.

We spoke to Mansur about his lifelong interest in astronomy, what he learned during his time at NASA, and why he believes space travel’s greatest benefits will be to people on Earth.

Q: Hi Mansur, congratulations on your recent graduation from medical school! What have you been doing since then?

A: Thank you! I started my preliminary medicine internship year at Yale in June! This year mostly involves working in the general medicine inpatient floors of Yale New Haven Hospital to build a solid foundation for my future radiology and interventional radiology (IR) training. I will also be spending some time on a few of the specialty floors such as the ICU, hepatology, and hematology/oncology. After this year, I will be going to University of California San Diego for a research-track residency in interventional and diagnostic radiology.

Q: I understand interventional radiology caught your attention early in your medical school training. Tell us about that.

A: I became interested in IR during medical school orientation week, during a session lead by one of the IR attendings, Raj Ayyagari, MD, assistant professor of radiology & biomedical imaging, who showed us some commonly used IR devices and procedures. I was immediately attracted to the field because of its innovative use of technology that is pushing the boundaries of what we can do in medicine. 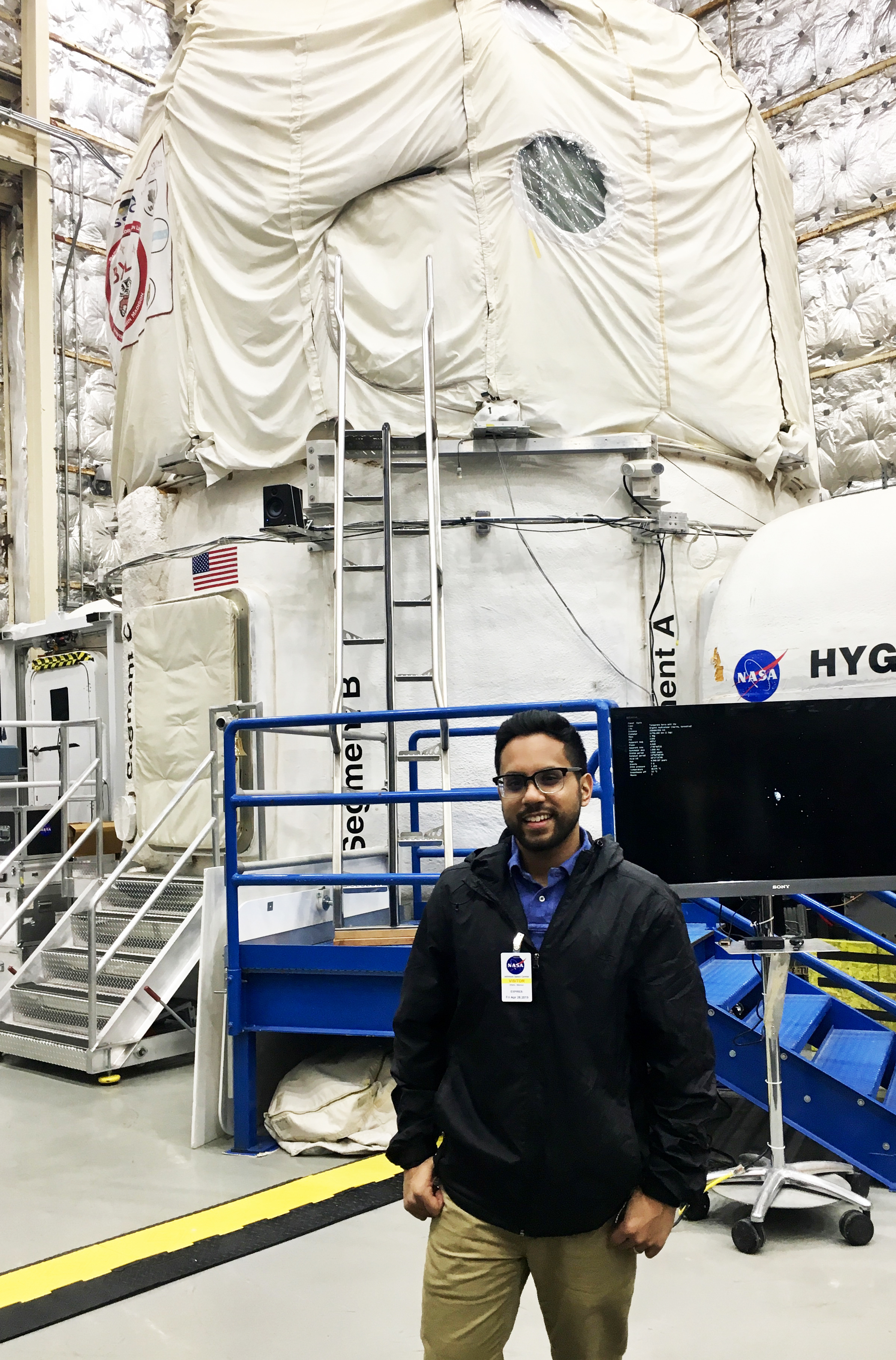 My interest evolved during my work with the Interventional Oncology Research Lab in the radiology & biomedical imaging department, which began my first summer of medical school in 2015. Julius Chapiro, MD, MingDe Lin, PhD and Todd Schlachter, MD supported and guided my career aspirations in so many ways and I could not be more grateful to them. I worked on a project identifying imaging biomarkers to help predict survival and response to IR treatment in patients with colorectal cancer metastases to the liver.

Q: Tell us about your internship at NASA.

A: The purpose of the Aerospace Medicine Clerkship is to expose medical students and residents to the medicine and physiology of human spaceflight. There are many challenges to keeping people healthy in space, and NASA has many scientists and physicians working on understanding those challenges and how to solve them. In between attending lectures and workshops with NASA scientists, astronauts and flight surgeons, I also worked on a research project. My mentor was Ashot Sargsyan, MD, who specializes in the use of ultrasound in space.

Q: When did you first become interested in space travel?

A: I have been interested in space since childhood. I loved reading children’s books about astronomy, which turned into a serious hobby when I got my first telescope. I am fascinated by the size and beauty of the universe and I think it is a duty of humanity to explore it. If I didn’t decide to pursue medicine, I think I would have liked to be a NASA engineer or astronomer because of this passion. But with the field of space medicine, I can pursue both interests at the same time!

Q: Tell us what you learned about the role of IR in space.

A: It’s a very exciting time in spaceflight with the incredible growth and progress of private spaceflight companies like SpaceX, and with NASA recently announcing plans to return to the Moon and land a human on Mars within a few decades. As space travel becomes more accessible to the general population and with more distant destinations, there will be more medical problems that will arise and some that might need surgical intervention. However, surgery in space may never be an option given the resources it demands and the risk of complications. But the minimally invasive procedures that can be done with IR, for example with ultrasound guidance, may be much more effective and practical to do in space.

Radiology in space is very challenging because of the limitations in the size and cost of the equipment that can be brought up. For now, radiology in space relies on the use of ultrasound, which is inexpensive to use and very portable. A lot of work on the International Space Station has been to test and expand the capabilities of ultrasound to make up for the lack of other imaging modalities in space such as X-ray and CT scans. 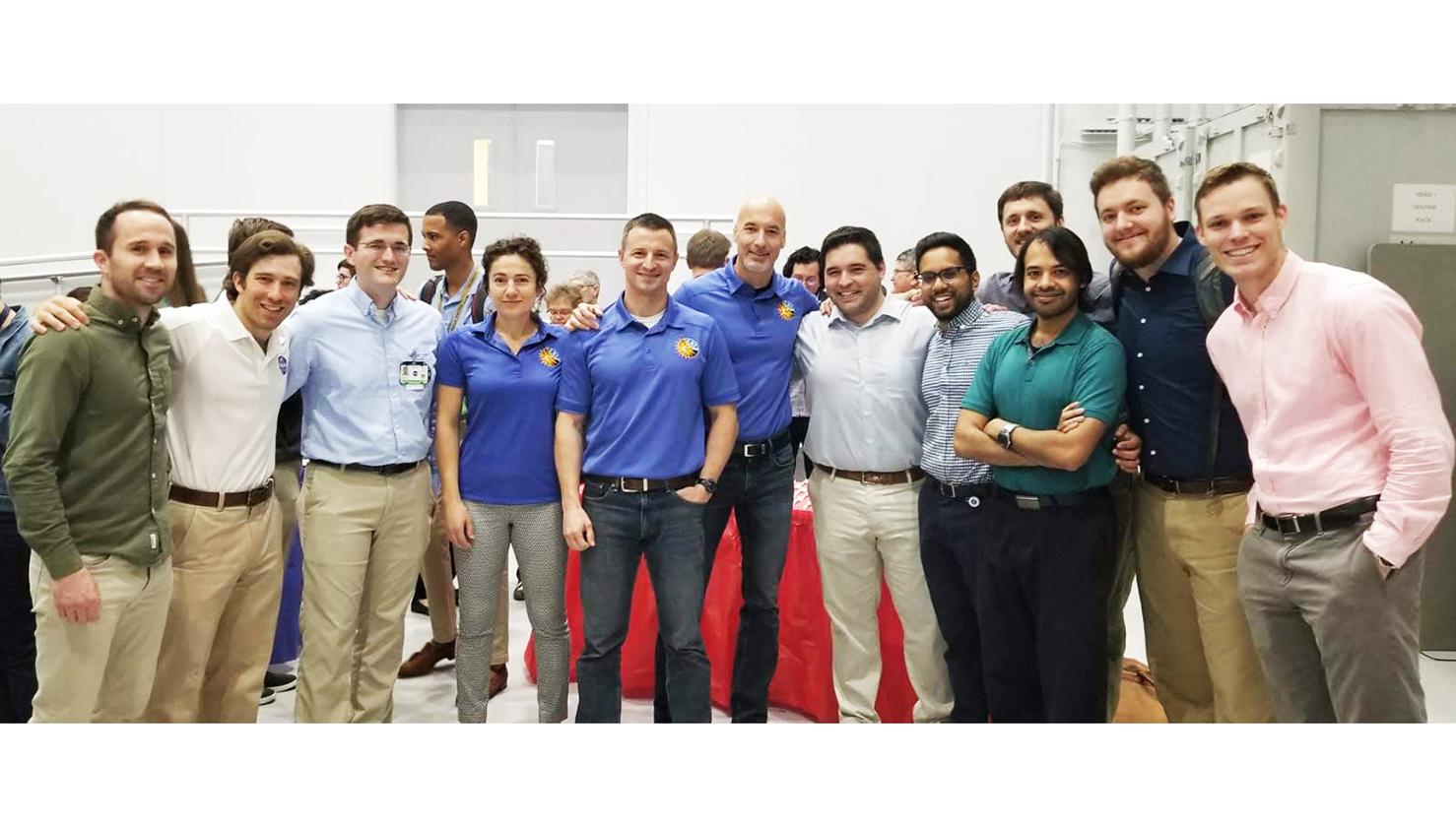 Interestingly, many of the typical “radiological signs” that we are taught don’t apply in space because fluid and air don’t behave the same way in microgravity. For example, on Earth a patient with a pneumothorax would get diagnosed with an X-ray scan, which would see a pocket of air compressing the lungs. In space, air wouldn’t form a pocket like that, and would instead spread evenly around the lung. In that case, ultrasound would actually better diagnose a pneumothorax than an X-ray would.

Q: Do you plan to return to NASA after you finish your medical training?

A: It is certainly a possibility. But more likely I see myself practicing IR at an academic center and collaborating with NASA and private spaceflight companies to develop the field of space radiology and space IR.

Q: Why do you think space travel continues to excite people’s imaginations 50 years after the Moon landing?

A: I think when people look up at the sky, it becomes much easier to realize we are one human race and put aside politics and all the things that divide us. The Moon landing may have been one of the greatest feats of mankind but the difficulties of that pales in comparison to putting a human on Mars. It will be a multi-national effort that will test our resolve and determination, and will spawn technologies that will improve life on Earth. It is a mission that every person should feel a part of.