The Impact of the Portraits on the Walls 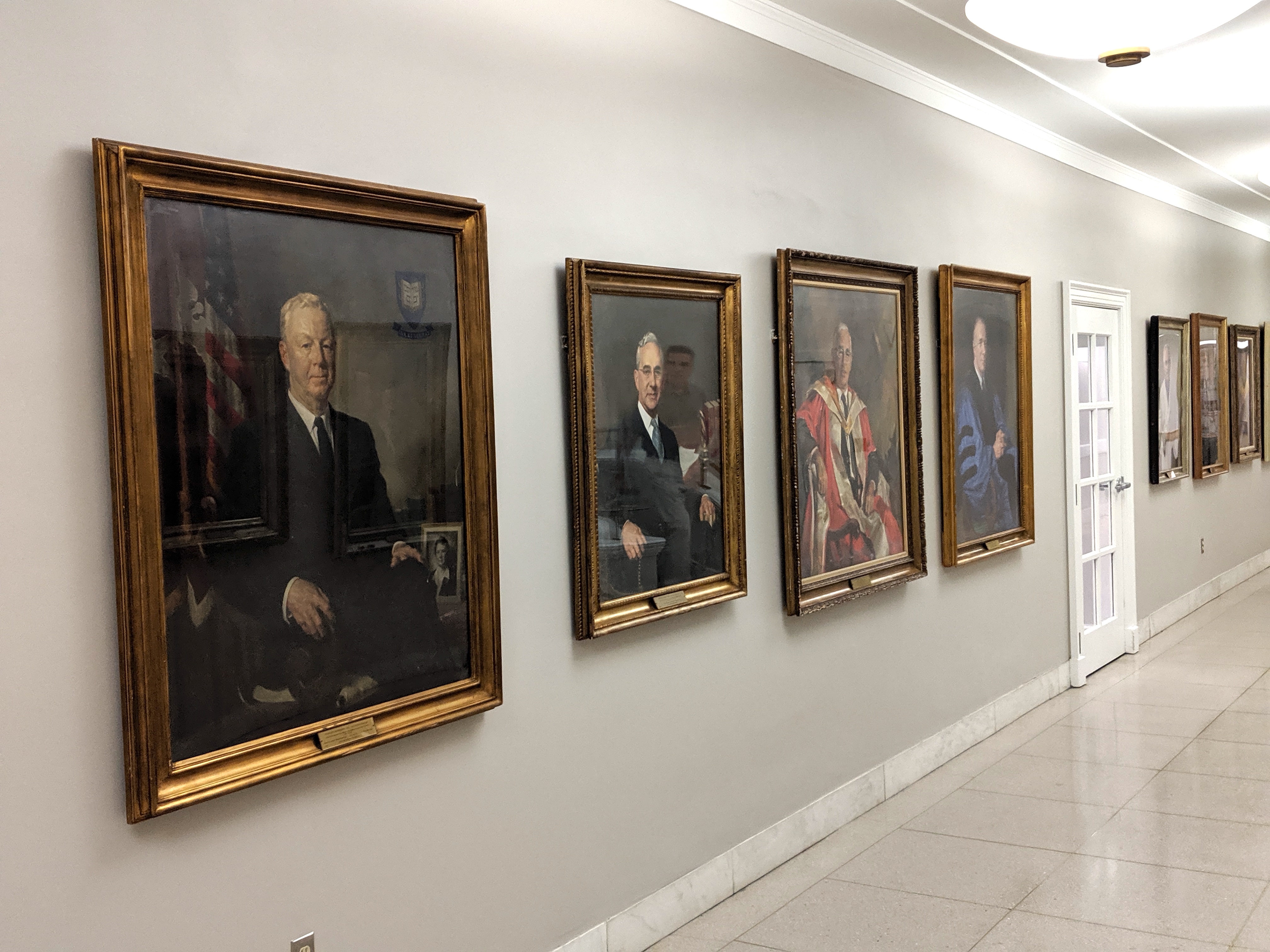 A new research report published in the Journal of General Internal Medicine examines the significance of portraits displayed in the School of Medicine. The study, titled “'This institution was never meant for me': the Impact of Institutional Historical Portraiture on Medical Students,” was co-authored by Elizabeth Fitzsousa, a third-year medical student, Nientara Anderson, a fourth-year medical student, and Anna Reisman, MD, associate professor of medicine (general medicine).

Fitzsousa, the study’s lead author, decided to conduct research on Yale’s portraiture because the way university spaces impact students is rarely found in academic literature. “We haven’t found other literature on institutional portraiture,” she says. “And there’s been a lot of talk about these portraits specifically, because they’re so iconic.”

Participants were interviewed using open-ended questions “about feelings of belonging and the SHM portraits,” according to the study. In the results, which reflected a degree of discomfort and disappointment, the researchers discerned four themes, which centered on institutional values, resignation and coping, contemporary consequences, and erasure of history.

“The presentation of a public space has a real impact on people,” Fitzsousa says. “In order to develop a diverse institution, you need to honor and commemorate everyone there.”

Addressing the impact the portraits have on people of color and minorities “is a difficult topic to get people to talk about,” says Anderson. “This study is an attempt to push the needle forward on that.”

All three authors sit on the YSM Committee on Art in Public Spaces, which works to ensure that artwork hung in public areas of the medical school reflects the mission, history, and diversity of the Yale medical community. Reisman, who co-chairs the committee, says this study is an important step in effecting institutional change.

“The study documents how some students—and probably quite a few others—feel in this environment,” Reisman says. “I think it will help our committee argue for doing more, and for bringing more women and people of color onto the walls.”

In fact, to that end, the Committee on Art in Public Spaces has already taken a significant and widely welcomed step. In April 2019, the committee sponsored the photographic exhibit Aperture: Portraits of Women Faculty in Medicine, which will hang in Sterling Hall of Medicine until January 2020, in the corridor connecting the Office of the Dean and the Beaumont Room.

While the exhibit does not address the permanent portraiture still hanging in the building, “it’s a great start,” Reisman says.