As a newly minted emergency medicine physician in car-loving Southern California, Federico Vaca, MD, MPH, professor of emergency medicine and in the Child Study Center, saw his share of motor vehicle accident victims. Treating those patients was both rewarding and frustrating—even those crash victims who survived were often left with debilitating injuries.

It was the mid-1990s, and Vaca decided to dedicate himself not just to treating accident victims, but to preventing traumatic injuries in the first place. During the ensuing decades, he has conducted important research and worked with federal officials on such issues as child occupant safety, adolescent and young adult driving, impaired driving 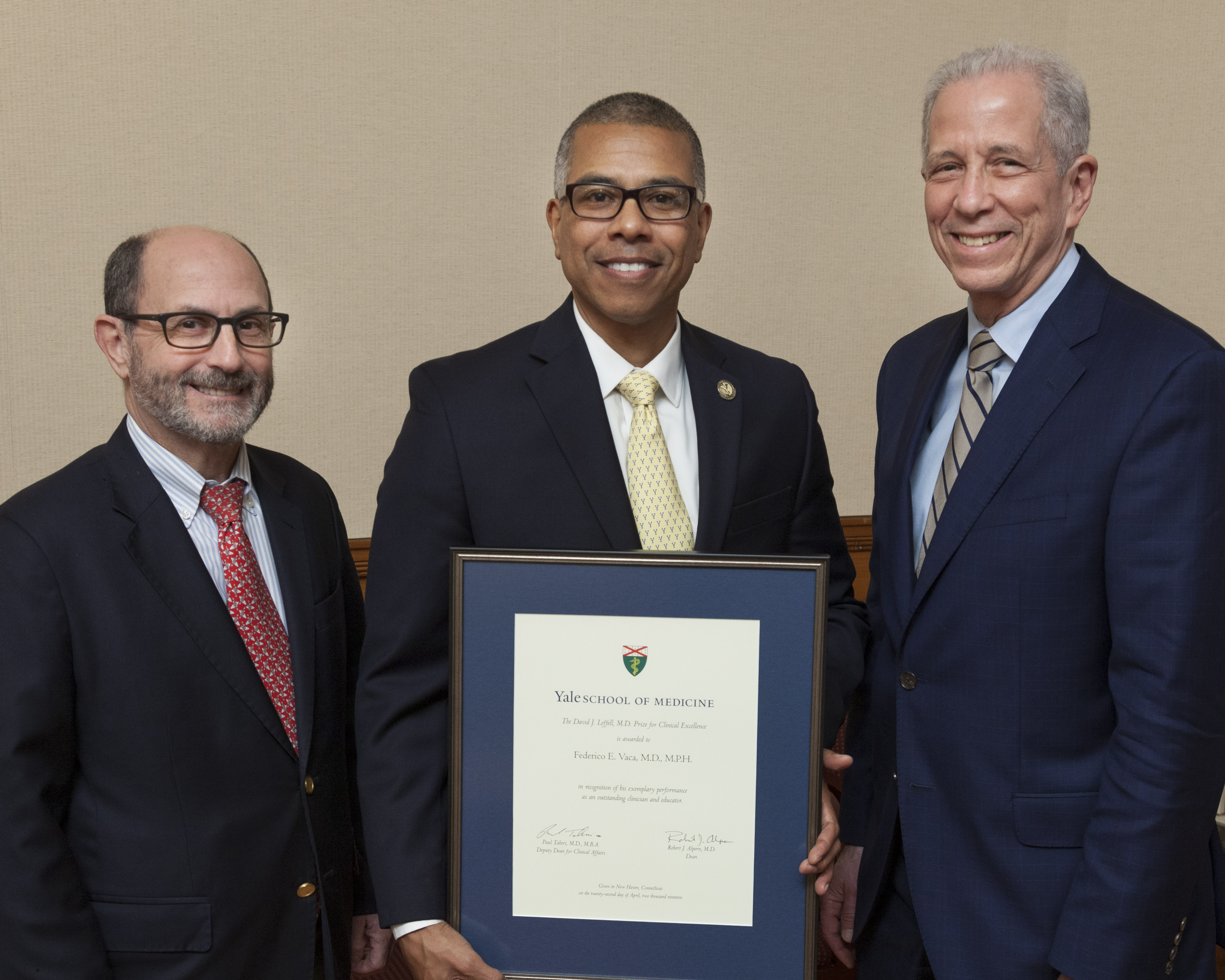 disparities in underserved communities, and much more. At the same time, he has built a reputation as an exceptional clinician and an outstanding teacher and mentor.

In April, Vaca was awarded the 2019 David J. Leffell Prize for Clinical Excellence in recognition of his extraordinary contributions to the Yale School of Medicine (YSM) as a clinician, educator, and researcher who continues to break new ground in the area of traumatic injury prevention. The Leffell Prize was established by David J. Leffell, MD, David P. Smith Professor of Dermatology and professor of surgery (otolaryngology and plastic), and his wife, Cindy. It is awarded each year to a YSM faculty member “who best demonstrates the highest level of clinical expertise, commitment to teaching, and the highest standards of care and compassion for patients.”

Vaca is a professor and vice chair of faculty affairs in YSM’s Department of Emergency Medicine, and he holds a secondary appointment at the Yale Child Study Center. He also is founding director of the Yale Developmental Neurocognitive Driving Simulation Research Center (commonly known as the Yale DrivSim Lab). The DrivSim Lab couples high-fidelity driving simulation with dense array EEG brain imaging and eye tracking technologies. In collaboration with Drs. Linda Mayes and Michael Crowley of the Yale Child Study Center, Vaca leads researchers in using the lab to study neurocognitive and behavioral processes of adolescents and young adults as they learn to drive. By studying young peoples’ brain activity in various driving simulations, the researchers hope to reduce the number of accidents among young drivers and develop individually tailored interventions to promote safe driving. 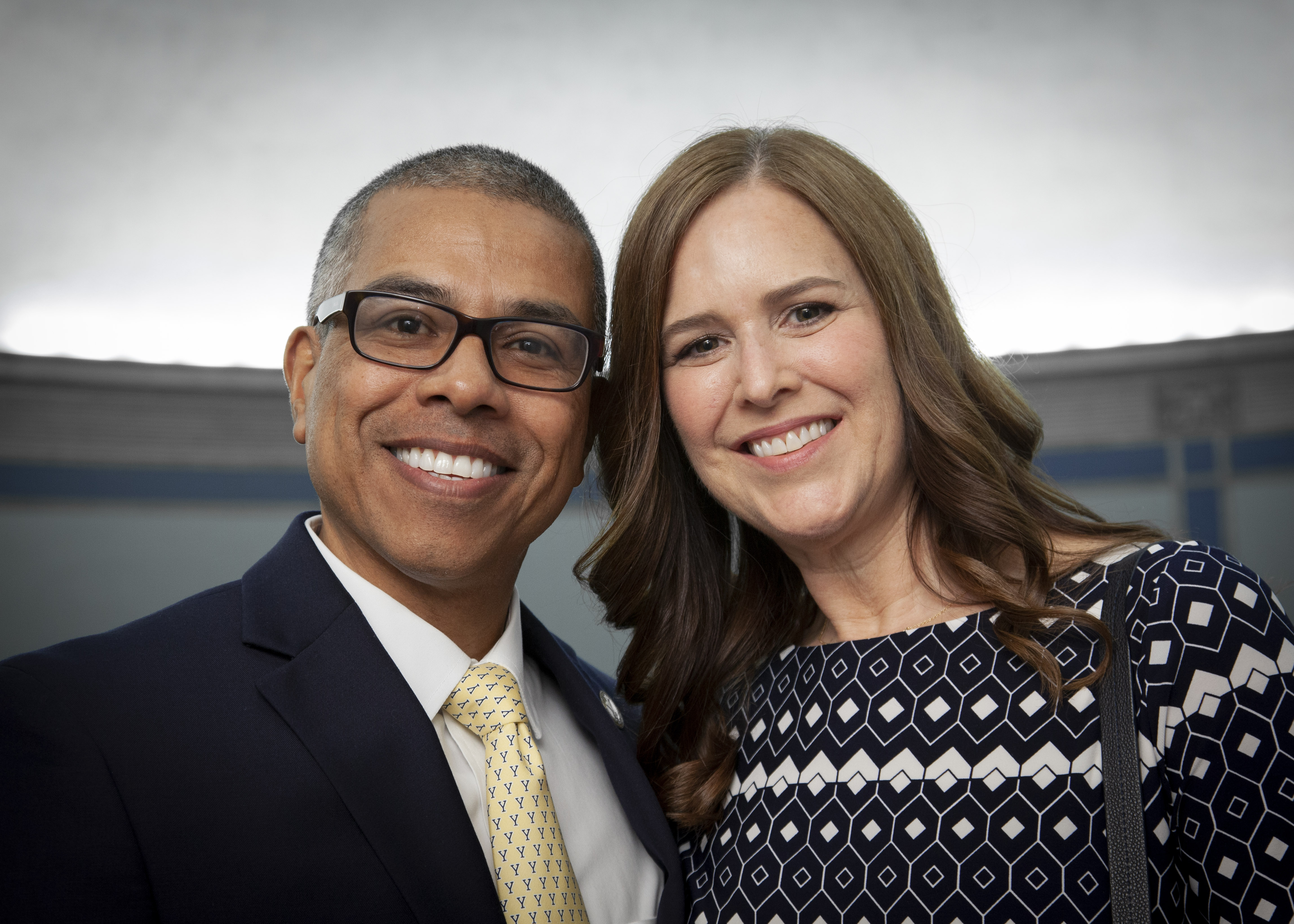 Vaca’s work in traumatic injury prevention has also helped inform national policy on driver safety. Among his many appointments at the federal level, Dr. Vaca served as a medical fellow for the National Highway Traffic Safety Administration from 2000-2002. Since 2013, he has been appointed to committees at the National Academy of Sciences, Engineering and Medicine’s Transportation Research Board. In 2017, he was appointed by the US Secretary of Health and Human Services to serve on the Board of Scientific Counselors for the National Center for Injury Prevention and Control, part of the US Centers for Disease Control and Prevention. Vaca earned his MD at the Creighton University School of Medicine, and completed his residency in emergency medicine at the University of California, Irvine School of Medicine. He served on the faculty at UC Irvine until 2009, when he joined the faculty at Yale School of Medicine.

Vaca, who was born in Panama and came to the United States as a baby, has a special interest in working with Latino populations. For example, he has studied educational and cultural factors that influence Latino parents’ knowledge of child occupant safety, and he has examined factors that lead to motor vehicle crash injuries in adolescent Latino males. After he moved from UC Irvine to Yale, Vaca reached out to community-based organizations in New Haven such as Junta for Progressive Action, and he continues to work with them to look at health disparities in Latino communities with regard to motor vehicle crash safety and alcohol use disorders.

“Dr. Vaca demonstrates a robust spectrum of training, experience, and talent, and is a leader in emergency medicine clinical care, teaching, and translational research that benefit the ED patients we serve,” writes Gail D’Onofrio, MD, MS, chair of the Department of Emergency Medicine, in her letter nominating Vaca for the Leffell Prize. “He is a remarkable organizer and motivator, a passionate spokesperson for his causes, and is tireless in his work. I can think of no better candidate for the David J. Leffell Prize for Clinical Excellence.”

Submitted by Barbara Steinberger on May 15, 2019