Alternative Vaccination Strategy for Meningitis in Africa Found to be Effective, Economical

In sub-Saharan Africa, meningococcal meningitis continues to pose a serious health threat, with sporadic epidemics resulting in some 30,000 cases each year. While all people are susceptible, young children are at the highest risk, and over 50 percent of those infected will die if not diagnosed and treated.

An international team of scientists led by Reza Yaesoubi, Ph.D., assistant professor at the Yale School of Public Health, created a novel mathematical model of meningococcal epidemics in Burkina Faso that allowed them to compare several different meningococcal vaccination strategies in terms of their estimated costs and expected health outcomes.

These results suggest that new strategies which incorporate polyvalent conjugate vaccines can have substantial health benefits over current practice in Burkina Faso and elsewhere in Africa’s “meningitis belt,” which stretches across the center of the continent. The findings are published in the journal PLOS Medicine. 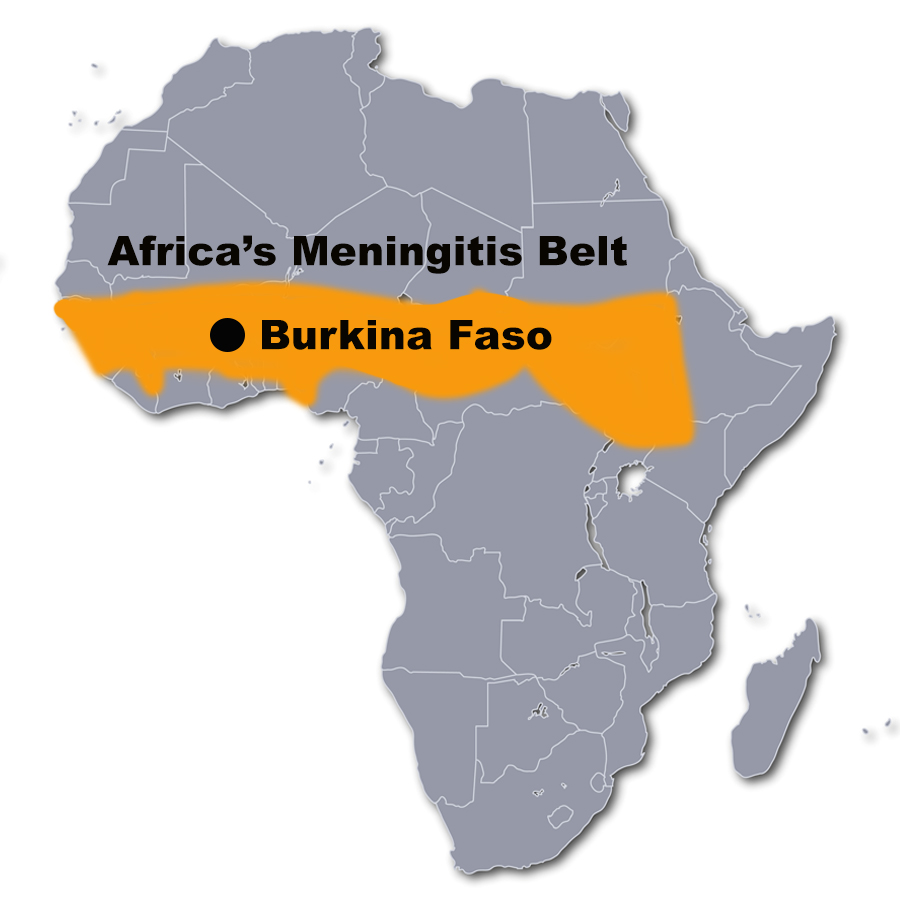 “Our findings suggest that instead of waiting for the next meningococcal epidemic to occur, start the immunization of impacted districts, it is more cost-effective, and potentially cost-saving, to immunize children and young adults though a nationwide catch-up vaccination campaign,” said Yaesoubi, the study’s lead author. “The population immunity against the meningococcal disease could then be maintained for years by immunizing babies before they turn 1 year old through the routine immunization program.”

Since the late 1970s, control of meningitis epidemics has relied on the use of polysaccharide vaccines to blunt the magnitude of these outbreaks after they have started. This reactive vaccination approach is limited as its effectiveness requires a very rapid scale of a vaccine campaign after recognition of an outbreak, and the polysaccharide vaccines used are not protective for infants under 2 years old and do not induce long-term protection.

More recently, conjugate vaccines which can be used in younger children and offer longer term immunity have been developed and been successfully used in routine vaccination programs to prevent the occurrence of meningococcal outbreaks. The introduction of a meningococcal serogroup A conjugate vaccine into routine immunization programs has been associated with a massive decline in serogroup A associated disease. However, other meningococcal serogroups still circulate widely in the region, and the continuing threat of sporadic epidemics require maintenance of capacity for reactive vaccination campaigns.

Ted Cohen, M.D., DPH, associate professor at the Yale School of Public Health, co-authored the study along with researchers from eight other universities and institutes.

Submitted by Elisabeth Reitman on January 25, 2018