According to the U.S. Department of Health and Human Services, Murthy was asked to resign just over two years into his four-year term after "assisting in a smooth transition" under President Donald Trump.

“He served our country with distinction, bringing much needed added attention to some of our nation's most pressing public health challenges,” said Howard P. Forman, M.D., M.B.A., professor of diagnostic radiology, economics, and public health, and director of the M.D./M.B.A. Program. Forman served as a mentor to Murthy during his time at Yale. “We are all excited to see what the future holds for him, but I am confident that he will continue to be a very positive force for health and healthcare improvements.” 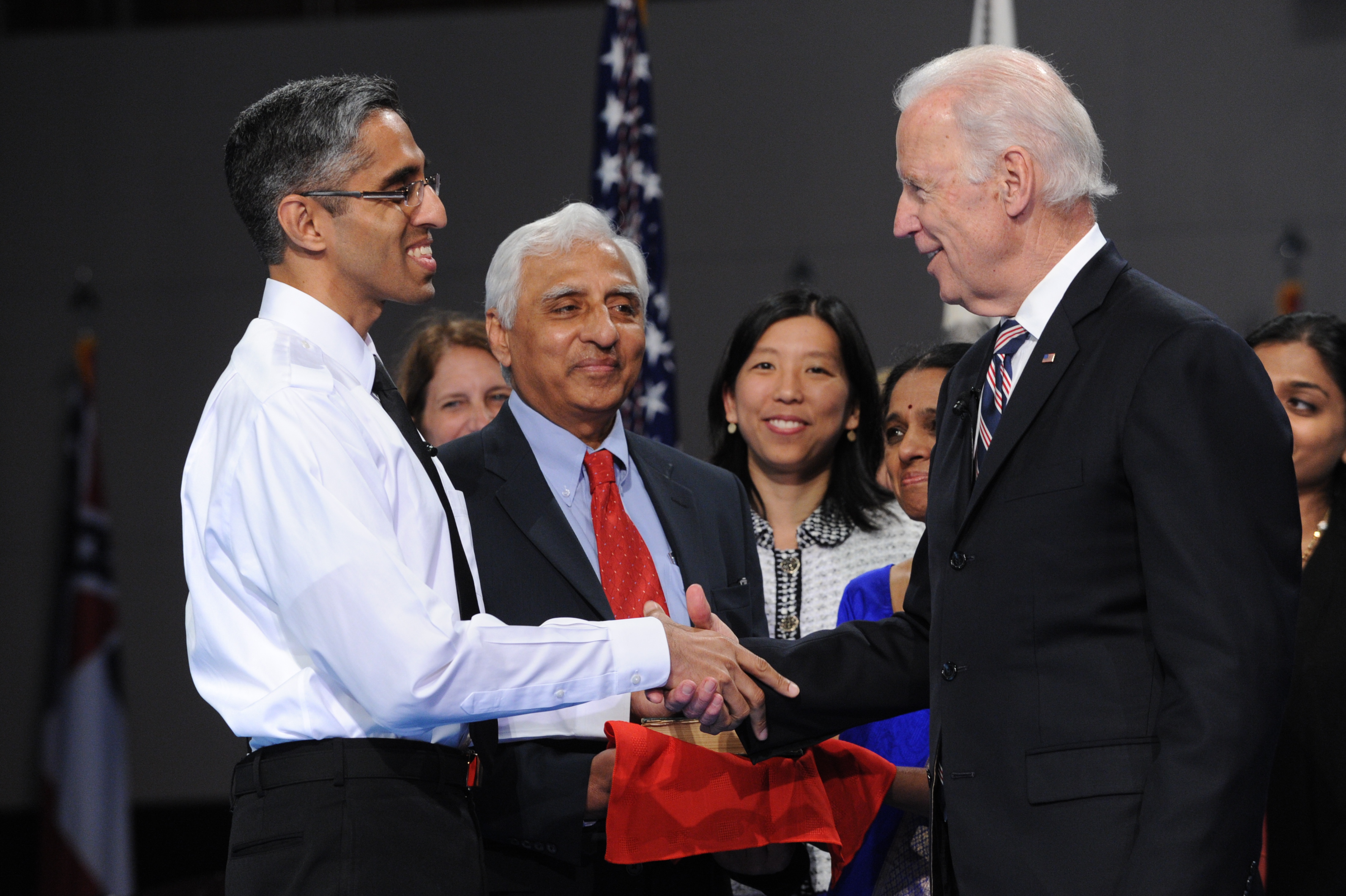 Murthy, who was confirmed as Surgeon General on Dec. 14, 2014, offered innovative solutions to pressing health issues in the country. In a message posted on Facebook on Friday he commended the Commissioned Corps officers in the U.S. Public Health Service for their work on the country’s addiction crisis and the first Surgeon General’s Report on Alcohol, Drugs, and Health; a report on e-cigarettes and youth; an effort to “get Americans walking” as a path to better health; and a discussion of food insecurity. The public health service also responded to Ebola and Zika emergencies, the water crisis in Flint, Michigan; and health care shortages in rural communities.

In a later statement posted Sunday on Facebook, Murthy thanked many people around the world for their “expressions of kindness.” He said he declined to resign when asked because of his commitment to the Commissioned Corps officers, the American people, and all who stood with him to build a healthier and more compassionate country. He praised Rear Admiral Sylvia Trent-Adams, R.N., Ph.D., his deputy, who was named acting Surgeon General. He noted that she has served the country for 30 years in the Army and Public Health Service. “Her deep wealth of experience is matched only by the immense size of her heart,” Murthy wrote. “I know she will serve with distinction.”

When President Obama nominated him as Surgeon General in 2013, Murthy immediately came under fire from the National Rifle Association and its allies in Congress for his view that gun violence should be seen as a public health issue. But more than 100 medical and public health organizations around the country supported his nomination.

During the 2008 campaign, Murthy founded Doctors for Obama, an effort to increase engagement by physicians in the political process. After Obama’s election, the group became Doctors for America, which advocated for comprehensive health care reform. In 2011, Obama appointed Murthy to serve on the Presidential Advisory Council on Prevention, Health Promotion, and Integrative and Public Health within the U.S. Department of Health and Human Services.

“For the grandson of a poor farmer from India to be asked by the President to look out for the health of an entire nation was a humbling and uniquely American story. I will always be grateful to our country for welcoming my immigrant family nearly 40 years ago and giving me this opportunity to serve,” he wrote on Facebook on Friday. He also offered thanks for “the privilege of a lifetime. I have been truly humbled and honored to serve as your Surgeon General. I look forward to working alongside you in new ways in the years to come. Our journey for a stronger, healthier America continues.”