Student honored for her advocacy in LGBTQI issues

Nicole “Nix” Sitkin, a third-year medical student, will receive the 2017 LGBT Health Achievement Award from the American Medical Student Association (AMSA) and the Gay and Lesbian Medical Association at AMSA's 67th Annual Convention and Exposition in Washington, D.C., in February. The award, first given in 1999, honors any school, group, or individual who has achieved exemplary success in advocating for the inclusion and advancement of LGBT issues.

“It is by no means an overstatement to claim that, in a short two and a half years, Nicole has enormously impacted LGBTQI-related health education curriculum and the environment for LBGTQI students, faculty, and patients,” said John Encandela, Ph.D., associate professor of psychiatry, and associate director for curriculum and educator assessment in the School of Medicine’s Teaching and Learning Center. Encandela nominated Sitkin for the award.

“It is a deep and powerful recognition,” Sitkin said of the award. “To have this work, and the importance of this type of work, validated in this way is incredibly rewarding. I am honored, flattered, and incredibly excited.”

In response to the need for LBGTQI-related health care training in Yale’s curriculum, Sitkin asked Encandela to be a faculty advisor in assessing the school’s new curriculum. With the support of Michael Schwartz, Ph.D., associate dean for curriculum, and the medical school’s curriculum committee, Encandela and Sitkin identified places in the curriculum where LGBTQI information could be included, as well as resources for faculty to use to develop learning activities and materials to fill curricular gaps. Two years later, LGBTQI-related topics and learning activities have been adopted to prepare students to provide optimal care for LGBTQI patients.

“We have been able to identify over 10 new and enhanced curricular activities in courses and clerkships influenced by this initiative, with others ‘in the works’,” Encandela wrote.

The second project Encandela cited was the initiation of the Dean’s Advisory Council for LGBTQ Affairs at the School of Medicine, which Sitkin now chairs. In March 2016 Sitkin participated in the Dean’s Committee for Diversity, Inclusion, and Social Justice, a response to the nationwide call by undergraduate and medical students to better represent diversity and social justice in formal curriculum and campus life. Sitkin asked Dean Robert J. Alpern, M.D., Ensign Professor of Medicine, to launch an advisory group on LGBTQI-related curriculum and social support activities for LGBTQI students. Responding positively to this need, the Dean launched the Dean’s Council on LGBTQ Affairs in November 2016. Sitkin is the founding chair of this council, which includes students and faculty. 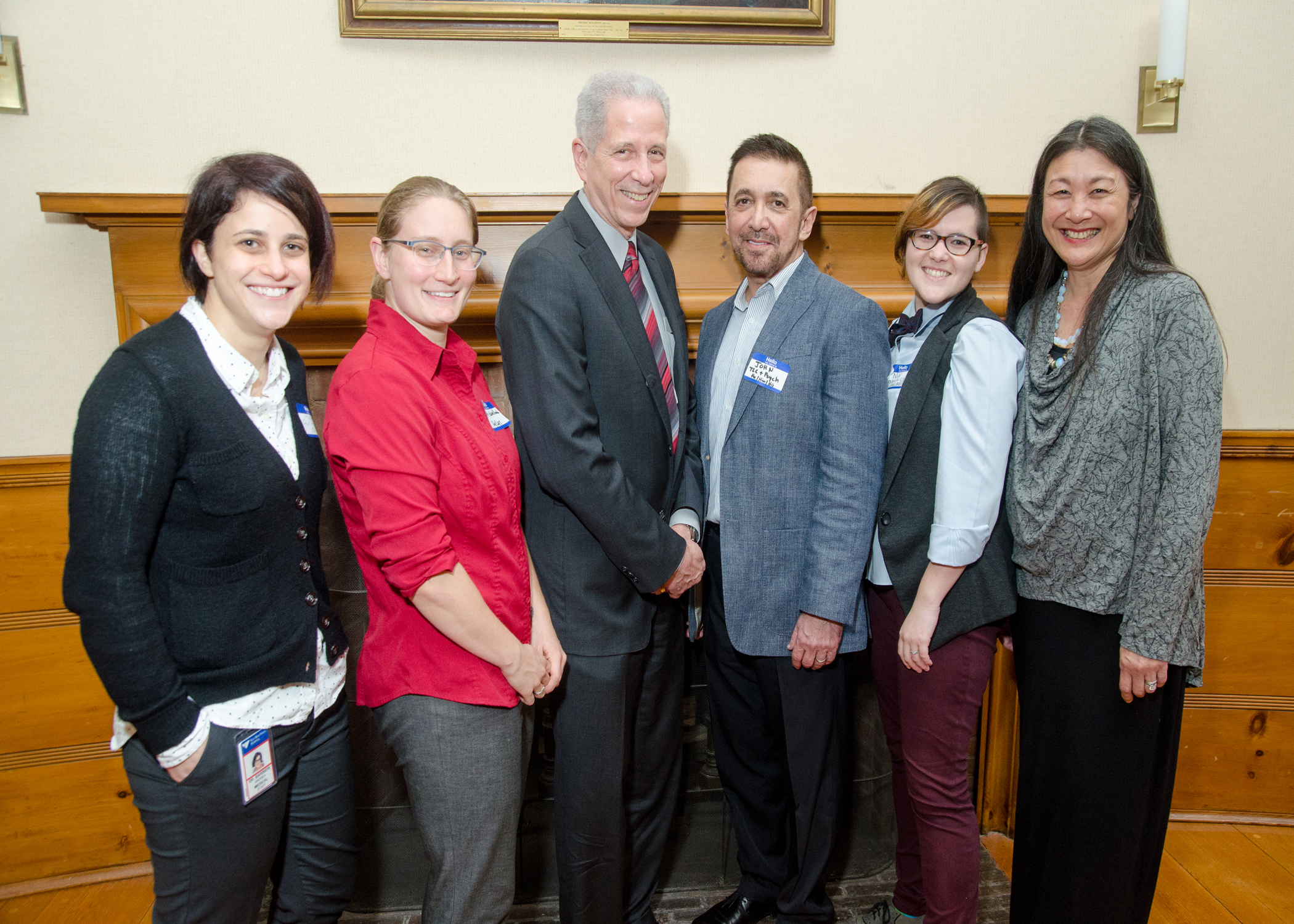 The award is the latest in a series that Sitkin has received. In September 2014, she was appointed to the Learning Environment Sub-Committee of the Association of American Medical Colleges (AAMC) Advisory Committee on Sexual Orientation, Gender Identity, and Sex Development. She has received a $5,000 medical student leadership award from Women In Medicine (WIM), a national organization that provides medical education and networking opportunities for lesbian, gay, bisexual, transgender, and queer (LGBTQ) female physicians. In May 2015, she received a $6000 eQuality Scholarship award in recognition of her LGBTQI work, and in November 2016, she was awarded funding for the HOPE Study through the Yale University LGBT Studies Department FLAGS award program.

She now serves on the board of WIM. In November 2015, she earned a Best Poster Presentation award in Public Health at the American Medical Association interim meeting.

Click here for more on Nix Sitkin in Yale Medicine.

Click here to watch a video of Nix Sitkin.