Med students mobilize to help a medical school in Aleppo

Early in October, Yale medical students got a glimpse of what life is like for their colleagues who must study and train in Aleppo, a historic city under siege in the Syrian civil war.

“More than 750 medical personnel have been killed,” Mahmoud Hariri, M.D., told students at the Medical Student Council Perspectives in Medicine talk on Oct. 6. “All health personnel are targets. All ambulances are targets.”

Hariri, a surgeon at the Aleppo University Faculty of Medicine, is currently a research fellow at the Harvard Humanitarian Initiative, through the Scholars at Risk program at the Harvard School of Public Health. In his talk in Hope 110, “Medical Education in Syria—Challenges & Prospects,” he described the situation facing health care workers and medical students in the country that has been at war for more than six years. The warring factions include rebels opposed to the government of President Bashar al-Assad, as well as al-Qaeda and the Islamic State.

“There is no safe place in Syria,” Hariri said as he described the Free Aleppo University (FAU) Medical School, which is underground, figuratively and literally, as protection against frequent bombardments by government forces. Since the war began, about 90 percent of the country’s medical professionals have left. Volunteers from all walks of life have offered to provide medical care. “They don’t have any background in medicine,” Hariri said. “They don’t know to deal with injections or wounds.” 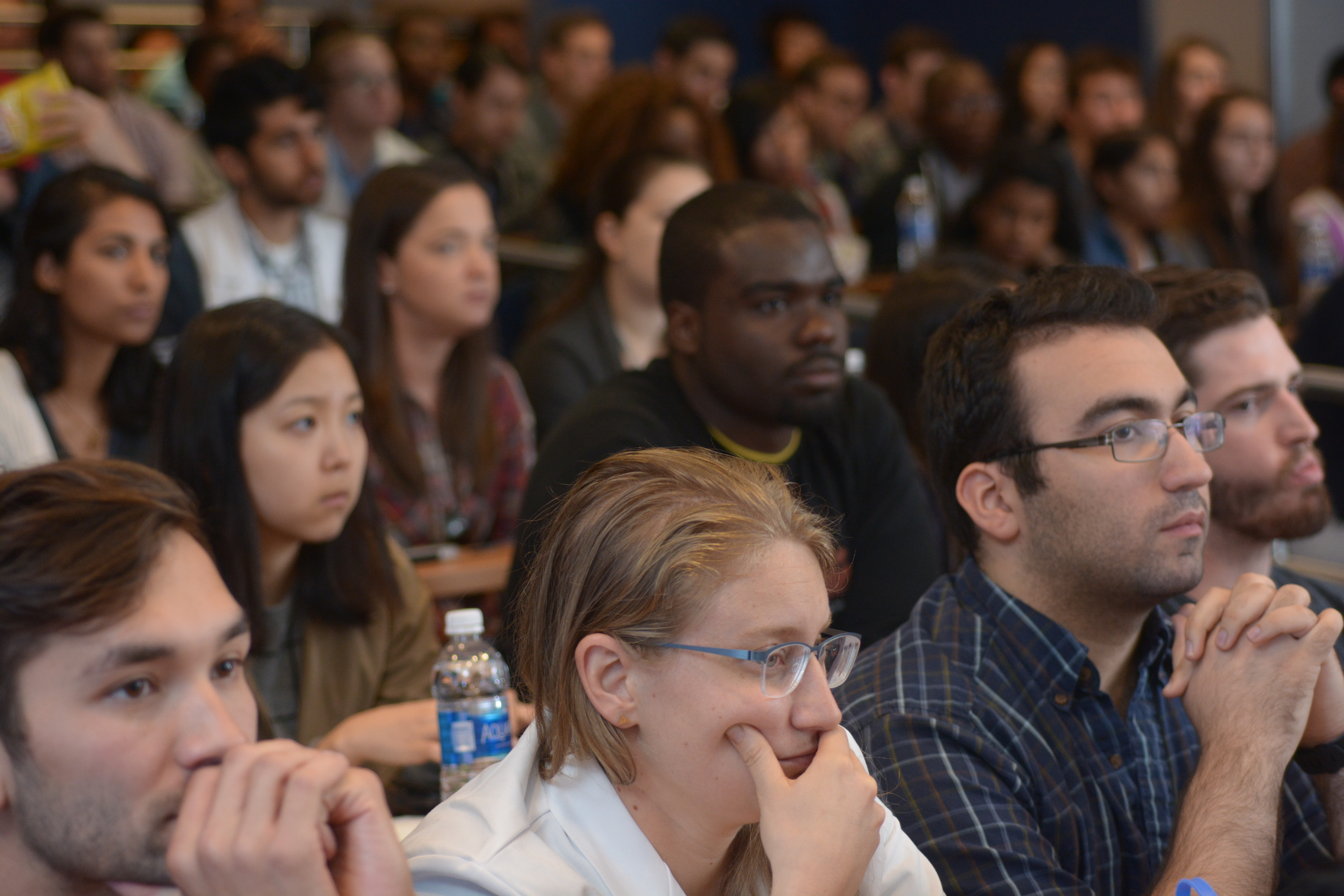 In May, an international network of NGOs providing health services in Syria, the the Union of Medical Care and Relief Organization, and faculty from the State University of New York (SUNY) in Albany gathered at Yale to craft plans to support medical training in Syria. Hariri talked of building on those efforts, which will rely on online lectures and resources. “We are trying to use technology as much as possible to gather information for students in Syria,” Hariri said.

Plans include instruction in physiology, anatomy, biochemistry, histology and histopathology, and genetics. A key element, he added, is ensuring that the students are proficient in English, the lingua franca of medical education.

The most important message, Hariri said, is the desire of Syrians to return and rebuild their country.

“We don’t like to be refugees anywhere in the world. We would like to go back to our country, work in our country, and build our country,” Hariri said. “We can use technology. With this technology we can deliver information to the students and teach them. And those students will stay and lead the health system. Just give us the opportunity.”

To support FAU Medical School, Yale medical students are planning several initiatives. They are developing partnerships with companies and app developers who can provide electronic educational resources. “We hope to use this to expand on the efforts of SUNY Albany, who have already implemented an online English and genetics course for the students,” said Mansur Ghani, one of the students involved in the project. “The most important thing students can do right now is help us with fundraising by contributing to and sharing the project widely.” 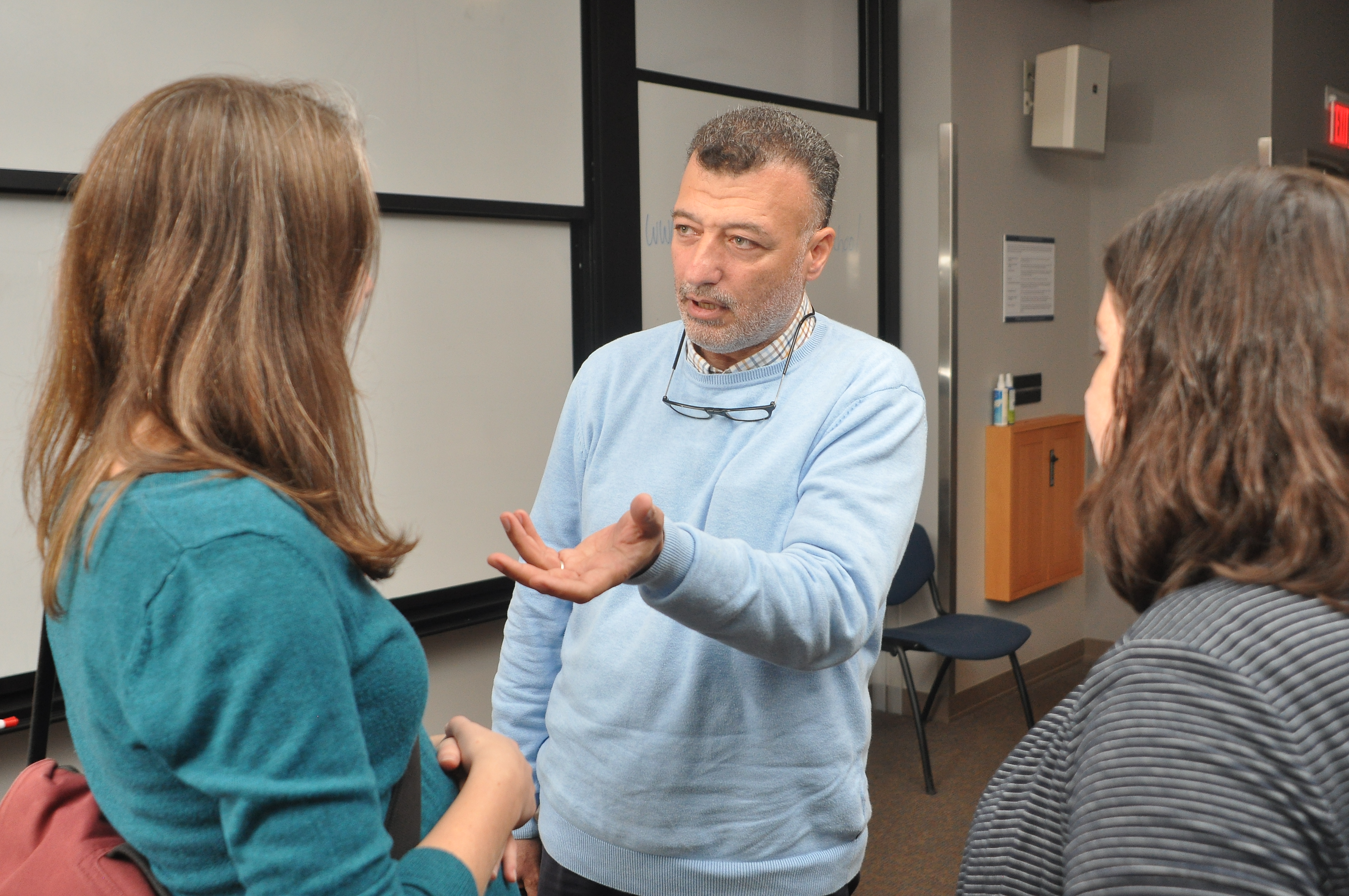 Anyone can help fund Syrian medical students by donating directly to the cause through Global Giving. Funds will be used to purchase anatomy apps that can be downloaded on students’ phones, since they do not have the benefit of the traditional dissections.

Students wishing to become involved in these efforts can contact Ghani at mansur.ghani@yale.edu or Amandine Godier-Furnemont at amandine.godier-furnemont@yale.edu.